The Ball Python is one of the most popular snakes in the Americas and Africa. This is a reptile with a very shy demeanor and easy to be handled. Another name of the ball python is the royal python. The royal python is found mainly in Sub-Saharan Africa where they find the perfect humidity what they need. Like Rosy Boas, they also live longer. Their shape like a ball lure human to catch and handle it. To know more, let us know some more interesting facts about the Royal Python. 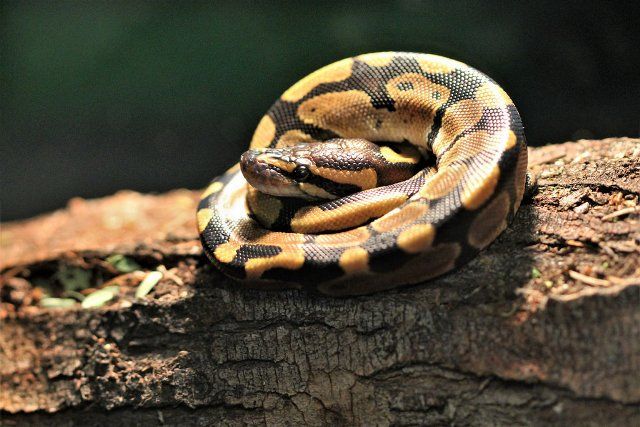 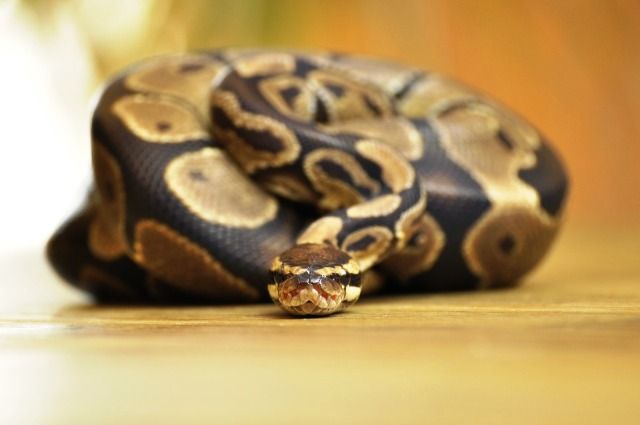 Europeans call it, ‘The Royal Python.’ Whereas, Americans call it the Ball Python because it curls itself into a ball with its head in the center when it is nervous or upset.
Source: small-pets.lovetoknow.com, Image: Pixabay

The ball python looks typically black or dark brown in color, with light brown or golden spots, and have a white belly. The spots on young ball python are yellow and green outlined in white and black.
Source: petponder.com, Image: deviantart.com

The average lifespan of the ball python is 30 years. However, in captivity, this snake can live as long as 45 years.
Source: snakeowner.com, Image: OpenCage.info

4. Two Snakes Are Not Same

Two ball pythons do not look alike. No two snakes have the same pattern. Some ball pythons vary in colors and size also.
Source: snakeowner.com 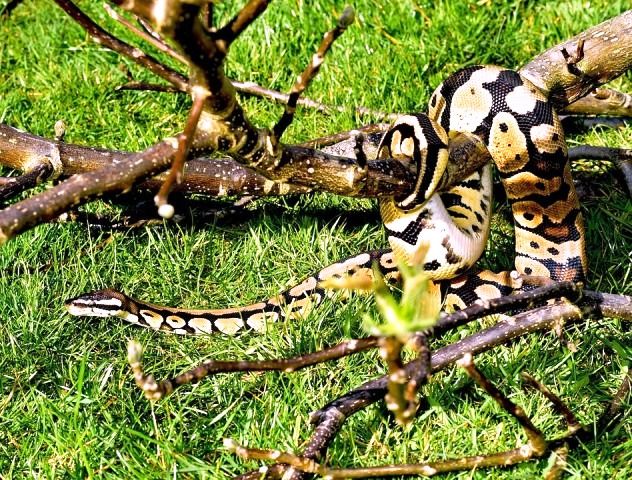 It originated in Sub-Saharan Africa. The ball python lives in dry grasses of Savanna. This species wants humid climate and Savanna is perfect for this.
Source: small-pets.lovetoknow.com, Image: Pixabay

6. They Are The Smallest Python 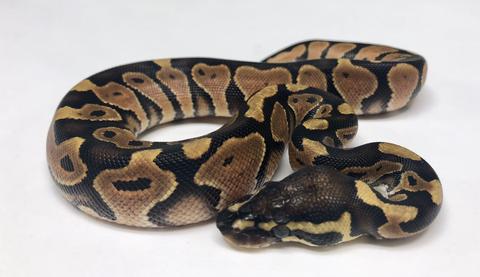 The ball pythons are the smallest pythons in Africa. The maximum length for the male species is 182 cm or 6 feet. Normally, their length is about 122–137 cm or 4.0–4.5 ft.
Source: Wikipedia, Image: bhbreptiles.com

7. Female Is Longer Than Male

The female ball pythons are usually half a foot bigger and thicker than males. Also, females are heavier than males. Males are generally more slender and have a smaller head.
Source: animalplanet.com 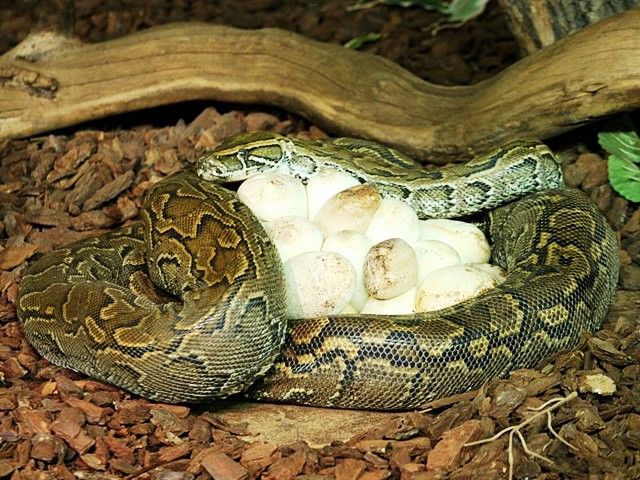 When they are 5 years of age, they become mature sexually. They mate mostly in December and January. A female mates once or twice every two years. Every time, she will lay 4 to 10 eggs. After laying eggs, she will coil herself around them to keep them warm.
source: small-pets.lovetoknow.com, Image: Wikimedia 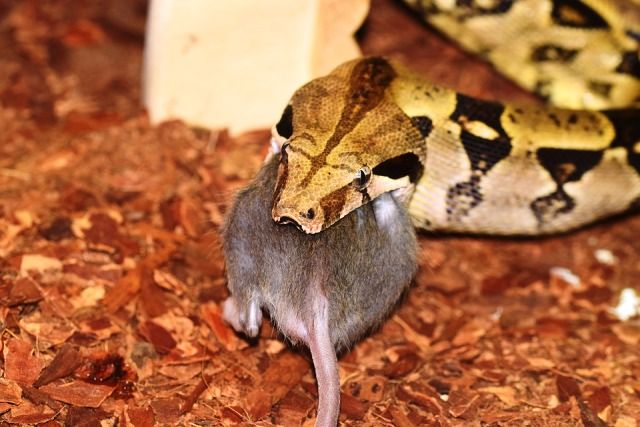 The diet of a ball python mostly comprises small mammals, like rats, gerbils, mice, and shrews, as well as some species of birds. Like other snakes, they ambush their prey and swallow it.
Source: petponder.com, Image: Pixabay

The ball python is highly sacred and revered for the Igbo tribe of Nigeria. If the ball python slithers into the village, nobody bothers it. If it is killed in the accident, the members of the village organize a small funeral and bury it.
Source: snakeowner.com 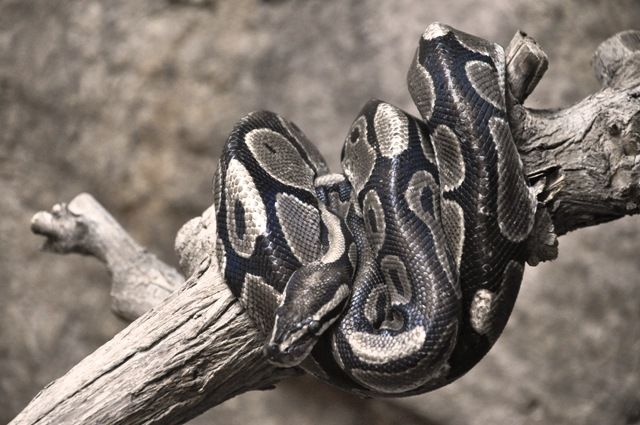 Like other pythons, the ball pythons are not poisonous. They kill their prey by constriction.
Source: small-pets.lovetoknow.com, Image: Wikimedia

The ball pythons like to play in the water. Actually, they need a warm climate, however, sometimes, it gets very hot in the environment, they need to cool off. So, they go to the pond or lake nearby and rest there.
Source: snakeowner.com

During the day, they do not like to come out but, at night they usually come out and like to hunt.
Source: snakeowner.com 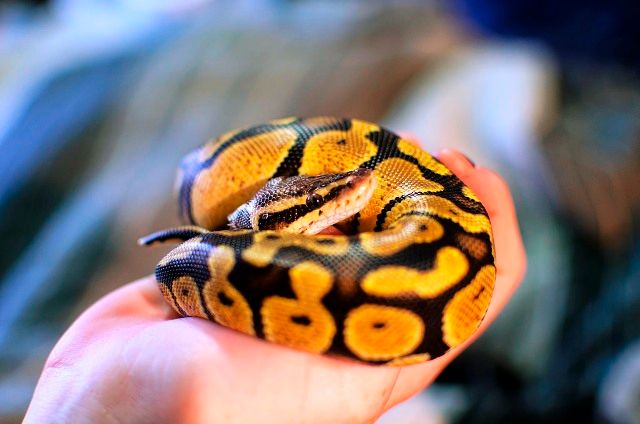 Yes! the temperament of the ball python is calm, well-mannered, and they seldom bite. They are generally docile and easy to be handled.
Source: animalplanet.com, Image: Flickr

Every year, thousands of ball pythons are getting exported from Africa to the Americas, Europe, and Asia for the purpose of study or to be kept in Zoos.
Source: snakeowner.com

The ball python is one of the most popular pet reptiles. Due to their calm nature, snake lovers are buying and domesticating them in the Americas and Europe.
Source: reptilesmagazine.com

Krishna - February 6, 2019
0
Located on the west bank of the Nile River, the Pyramids were among the seven wonders of the Ancient World. Even if, they are...