When the Bronx Zoo first opened its gates to the public in 1899, the US had just witnessed the Great Blizzard of 1899, William McKinley (the 25th US President) was in the White House, voting machines were approved by the U.S. Congress for use in federal elections, the first city subway line was being dug, and the paperclip had just been patented. So much has happened since, but the Bronx Zoo remains an integral part of New York City’s character. Let’s have some fascinating facts about this iconic zoo of New York: 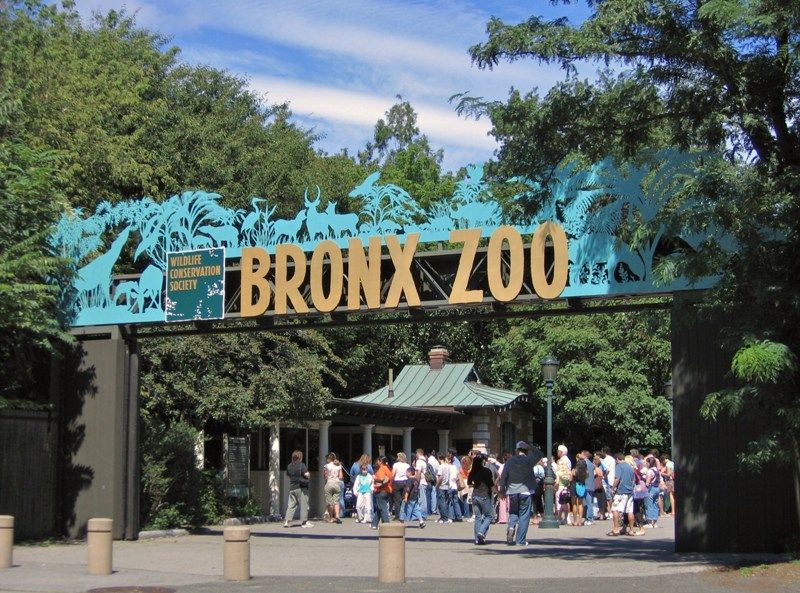 2. A Big Family of Animals

3. One of the Most Visited Zoos

On average, the zoo welcomes more than 2.15 million visitors each year (as in 2009).
Source: NY Daily News, Image: Flickr

4. An Integrated System of Zoos

Accredited by the Association of Zoos and Aquariums (AZA)and managed by the Wildlife Conservation Society (WCS), the Bronx Zoo is the part of an integrated system of four zoos and one aquarium.
Source: nycgovparks.org, Image: Flickr

5. Key People Behind The Zoo 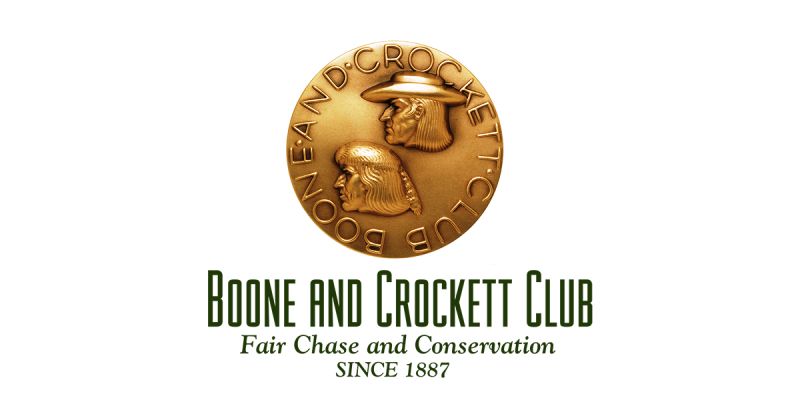 The emergence of the Bronx Zoo is largely credited to a group of people; most of who were the members of the Boone and Crockett Club. Founded by Theodore Roosevelt in 1887, the club is an American nonprofit organization that advocates fair chase hunting in support of habitat conservation. The biggest credit goes to club members Madison Grant and C. Grant LaFarge.
Source: First Annual Report of The New York Zoological Society, Image: boone-crockett.org 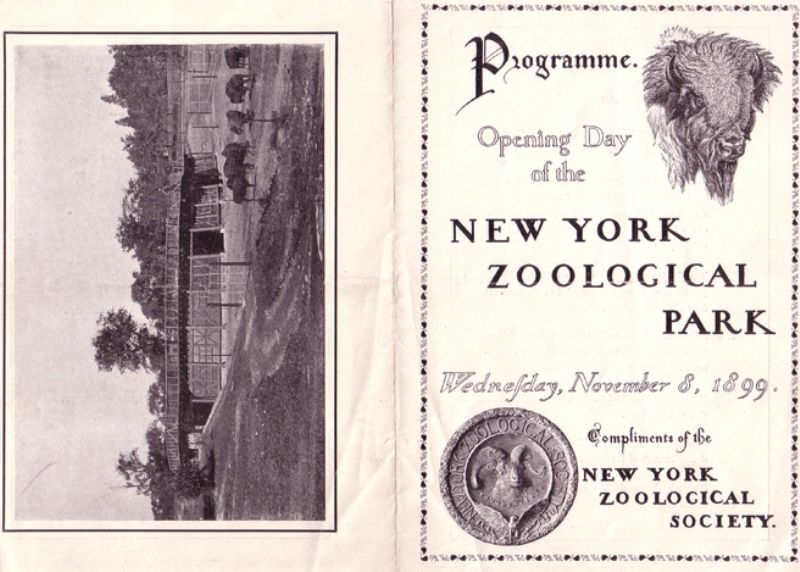 When the zoo opened its doors to the public on November 8, 1899, it featured 843 animals in 22 exhibits.
Source: NY Daily News, Image: nycgovparks.org

The first director of the Bronx Zoo was the eminent naturalist, William Temple Hornaday. He served nearly 30 years at the zoo in the triple role of Director, General Curator, and Curator of Mammals.
Source: The New York Times, Image: Wikimedia

9. Built on a University Land

Most of the land on which the Bronx Zoo is built previously belonged to Fordham University. Fordham sold it to the city for only $1,000.
Source: NY Daily News, Image: picryl.com

The Rockefeller Fountain, which was designated an official New York City landmark in 1968, was once a famous landmark in Como, Italy. Originally sculpted by Biagio Catella in 1872, William Rockefeller bought it in 1902 for 3,500 lire (around $17,600 today) and installed at the Bronx Zoo in 1903.
Source: nycgovparks.org, Image: Flickr

11. A Natural Habitat for Animals

The Bronx Zoo offers a natural habitat for animals through the combination of the terrain of Bronx Park and the Bronx River, which flows directly through the park.
Source: bronxzoo.com, Image: Wikimedia

When the zoo was opened on November 8, 1899, it offered a rather different experience to visitors. Instead of having animals in cages, it adopted cage-free exhibits, which created a sense of visitors being able to feel like they were in the natural habitat of these animals. These cage-free exhibits were revolutionary for their time, and many other zoos soon began to follow the exhibit structure of the Bronx Zoo.
Source: bronxzoo.com

13. The First Predator-Prey Exhibit in America

It’s the first zoo in America to open a predator-prey exhibit set in an open, natural setting where lions and antelope roam an African veldt as real as Kenya.
Source: bronxzoo.com, GIF: tumblr.com

14. Once Home to a Rare Majestic Animal

The Bronx Zoo was once the proud owner of the now-extinct thylacine (one of the largest known marsupials). With the arrival of the first male thylacine on December 17, 1902, the Bronx Zoo became one of the seven zoos outside of Australia, and one of only two in the United States, to house this majestic animal. The zoo’s final thylacine died on September 13, 1919. Upon seeing the animal, the director of the Melbourne Zoo, Mr. Le Souef, who was on a visit to the zoo, said-

I advise you to take excellent care of that specimen; for when it is gone, you never will get another. The species soon will be extinct.

In early 1903, the zoo received a pair of Barbary lions, which are extinct in the wild- a female named Bedouin Maid and a male named Sultan; they went on to become one of the most popular animals of the Bronx. Sultan went on to be the focus of many of the zoo’s postcards and it was also the model for the lion which sits atop the Rainey Memorial Gates.
Source: Wikipedia, Image: Wikimedia

Well, it’s Okapi. From that back, it looks like a zebra; in the middle, it looks like a donkey; and upfront, its face resembles its closest relative – the giraffe. In 1937, the Bronx became the first in North America to exhibit Okapi.
Source: wcs.org, GIF: giphy.com

18. The Zoo Housed an Extinct Species of Flamingo

In 1960, when the Bronx Zoo exhibited James’s flamingo, a species of flamingo which had been thought to be extinct until 1957, it became the first in the world to keep them.
Source: Wikipedia, Image: Wikimedia

The Bronx Zoo always strives to focus on environmental conservation and to add in the list, it opened up brand-new eco-friendly restrooms outside the Bronx River Gate in November 2006.
Source: clivusmultrum.com

20. The Zoo is Open Year-round

The zoo is so sparsely spread in 265 acres of area that it’s difficult to see the entire zoo in a single day. However; some of the most popular exhibits of the zoo can be covered in a two-hour tour, like Tiger Mountain, Himalayan Highlands, Congo Gorilla Forest, and World of Reptiles.
Source: bronxzoo.com, Image: Wikimedia

The Bronx Zoo doesn’t charge any admission fee on Wednesdays, but the admission is a pay-what-you-wish donation.
Source: bronxzoo.com

23. Some Animals Can Only Be Seen on This Ride..

Inaugurated in 1977, the Bronx Zoo Monorail provides an enthralling ride to visitors. The uniqueness of this ride is that one can see some animals such as Przewalski’s horse, Indian elephant, and a plethora of even-toed ungulates; only through this ride.
Source: schwagerdavis.com, Image: Wikimedia

24. Beware of Dinosaurs Spitting on You!

Well! We are not talking about real dinosaurs but animatronic dinosaurs, which are featured in the Dinosaur Safari of the zoo. This spine-chilling experience, which runs roughly 15 minutes, encourages riders to “think like a paleontologist” as they watch dinosaurs battle each other, care for their young and snack on plants. These dinosaurs move, triggered by motion detectors, roar and often look right at the passersby. Even Dilophosaurus spit water at visitors just like the acid-spitting dinosaur in Steven Spielberg’s Jurassic Park film.
Source: amny.com, Video: NY Daily News

25. You Can’t See These Exhibits Anymore!

After the 1990s, the Bronx Zoo closed certain exhibits such as ‘World of Darkness,’ Rare Animal Range,’ Skyfari,’ ‘Monkey House,’ and ‘Amazing Amphibians;’ due to budget cuts and high cost of running.
Source: dailyfinance.com, Image: Flickr

On July 29, 1985, when zookeeper Robin Silverman, 24, was trying to clean the pen of two Siberian tigers, she was attacked and fatally mauled by them. Silverman’s death was the first fatality in the zoo’s history
Source: NY Daily News, Image: nbcnewyork.com

In 2001, a person named Peter Vitique, 32, entered the gorilla enclosure and stripped down. After his arrest, he told police that he wanted to be “one with the gorillas.”
Source: NY Daily News

On September 21, 2012, a person named David Villalobos, 25, jumped off the Wild Asia Monorail to enter a tiger enclosure, where he was mauled by an 11-year-old male Amur tiger named Bashuta. He sustained injuries on his shoulder, arms, legs, and back before he was rescued by zoo officials.
Source: Chicago Tribune News, Image: pressreader.com

29. The Worst Zoo for Elephants

The Bronx Zoo has to face the ire of many multiple animal rights organizations for supposedly mistreating an elephant named Happy. Happy was he zoo in 1977 along with Gumpy. Both went on to live together for the next 25 years. After several attempts went futile to mix Happy with other elephants, the zoo had decided to keep Happy in solitary confinement, and this was the reason that the animal rights organizations were crying for the zoo. In Defense of Animals (IDA) went on to name the zoo the “Hall of Shame Winner” on their 2015, 2016, and 2017 ‘Ten Worst Zoos for Elephants.’
Source: idausa.org, Image: New York Post

In 1906, when the American businessman and explorer Samuel Phillips Verner brought Ota Benga, a Mbuti pygmy, to the zoo, it attracted controversy. Ota Benga was allowed to roam the grounds freely and was exhibited in the zoo along with an orangutan named Dohong. African-American clergymen immediately protested to zoo officials about the exhibit. James H. Gordon said,

Our race, we think, is depressed enough, without exhibiting one of us with the apes … We think we are worthy of being considered human beings, with souls.”

The Bronx Zoo offers a natural habitat to snow leopard, and it has bred more snow leopards in captivity than any other zoo in the world. Around Halloween, the zoo officials let the snow leopards play with hollowed-out pumpkins.
Source: NY Daily News, GIF: tumblr.com

Keerti - February 15, 2019
0
Whether it's the world of the princesses and their magical fairyland or the world of transformers or dinosaurs, the trail in the majestic Redwood...