According to early Spanish explorers, California was an island, which was ruled by Amazon women. They also suggest that the name ‘California’ is after ‘Queen Califia,’ a black Amazon warrior queen. However, when we look at present-day California, it’s still a mysterious island with an enigmatic assemblage of different cultures, geographic features, and social class. Apart from being such a multicultural state, California has many more fascinating things worth knowing … And Eureka! Here they are. Let’s dig out some interesting facts about California: 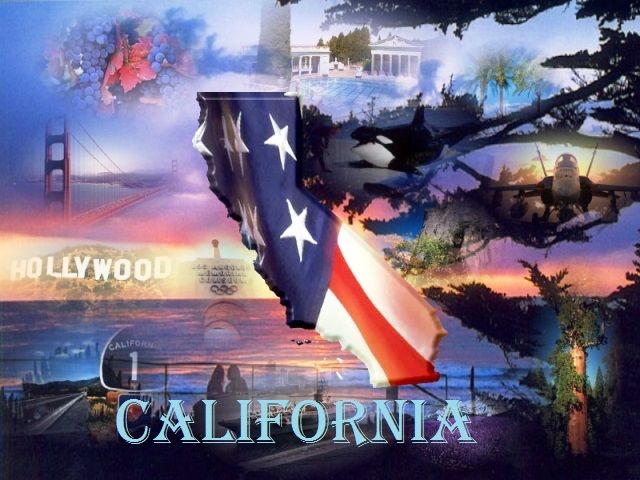 California was formerly known as the Grizzly Bear State. When California witnessed a boom, the bear population was wiped out, and it became “the Golden State.”
Source: Wikipedia 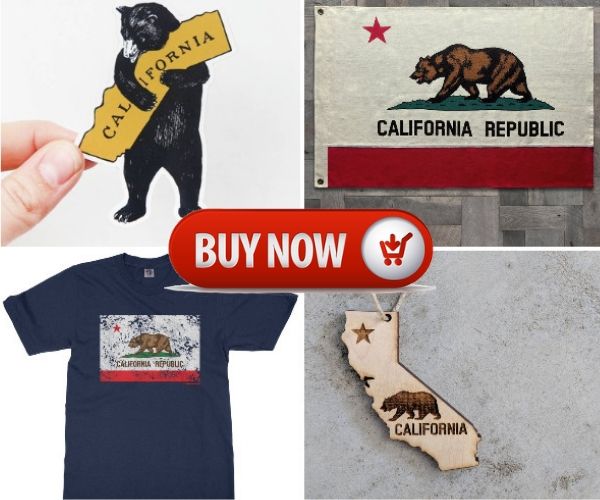 Well, the state motto of California “Eureka” refers to the discovery of gold, and it means ‘I have found it dates back to the days of Goldrush.’
Source: Wikipedia

California has been the leading state in agricultural and dairy products in the United States for several years. A testimony to the fact is that it has the largest almond processing plant in the world, refining almost 12 million pounds of the nutty treats a day. Reportedly, California also has 5 million cows, which generate more than $1 billion per annum. Besides this, California’s land is rich in fruit production too.
Source: kizaz.com, Image: destinationdelicious.com

4. The Tallest, Largest, And Oldest Tree in The World!

World’s largest tree, General Sherman Tree is in California. The tree is situated in Sequoia National Park. It’s also the tallest tree, and guess what, California houses the oldest tree too, Methuselah, a bristlecone pine tree from California’s the White Mountains. Methuselah is, reportedly, the oldest continuously standing tree in the world, estimated to be 4,650 years old!
Source: Wikipedia, Image: Wikimedia

5. A Harbinger to America’s Economy 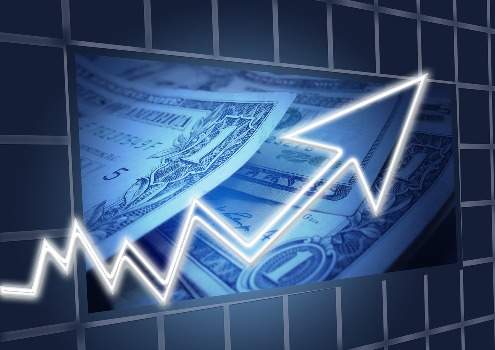 California is a trillion-dollar economy in gross state product and also the first state ever to touch that mark. If only, California were a country, it would be the eighth-largest economy in the world, with approximately the same GDP as Italy.
Source: raiseyourbrain.com 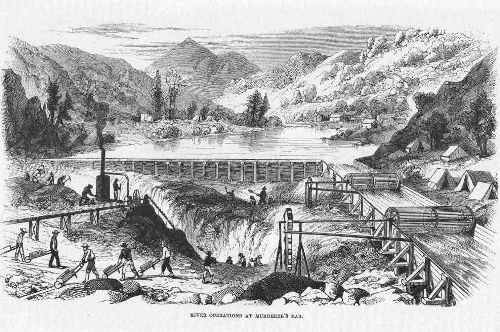 On January 24, 1848, James Marshall, a foreman working in Coloma, California, found a shiny lump of gold in the American River. The news triggered a massive rush of gold-seekers called “forty-niner,” hoping to make some fortune. This ‘Goldrush’ gave California its nickname, the Golden State. 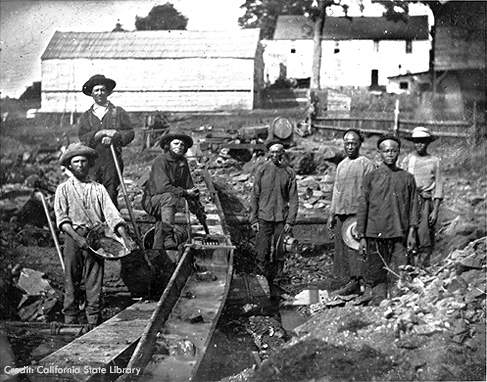 The Gold Rush is one of the largest mass migrations documented in world history, as during the Californian Gold Rush the population increased from 14000 to 200000.
Source: Wikipedia, Image: goldrushglimpses.com

Although California is most famous for its Gold Rush of 1848, it also had a Silver Rush in the Calico Mountains from 1881 to 1896. The town of Calico was near the site of a major silver strike in 1881. The price of silver dropped in the mid-1890s and by the early 1900s Calico had become a deserted ghost town
Source: Wikipedia, Image: Wikimedia

There is an interesting story behind the movie industry to be based in Hollywood. The moviemakers were trying to get away from Thomas Edison, who was based in New Jersey and had patents virtually covering the entire movie-making process, but the Ninth Circuit Court of Appeals in California was against patent claims and hence, the movie makers migrated here.
Source: ozy.com

California is the only state that has the honor of hosting both the Summer and Winter Olympic Games.
Source: olympics.mu, Image: Wikimedia

Death Valley is known as the hottest and driest place in America. More than 100 years ago, the place set the hottest temperature ever recorded in the world- 134 degrees Fahrenheit.
Source: cnn.com, Image: Wikimedia

13. Water-Water Everywhere; No Water to Drink! 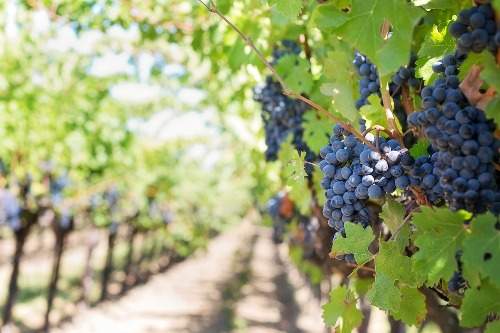 Remember all the grapes? Well, from them, 17 million gallons of exotic wine is produced every year. California has become the largest wine-producing state in the US and the 4th leading wine producer in the world after Italy, France, and Spain. California is North America’s Mecca for wine enthusiasts.
Source: kizaz.com 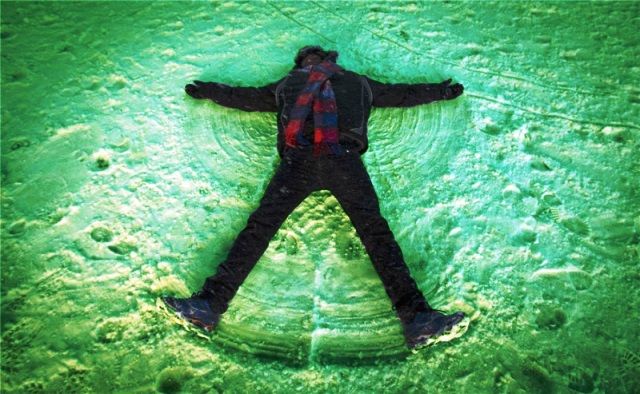 Well, Californians must be proud to have some weird experiences in their lives, and one such phenomenon took place in 1955 when they witnessed green snowfall. Well, it was because of a phosphorescent effect. Reportedly, the snowfall had serious consequences and the residents who took the snow in their hands got rashes and intense itching.
Source: aarticles.net, Image: clickzoom.net 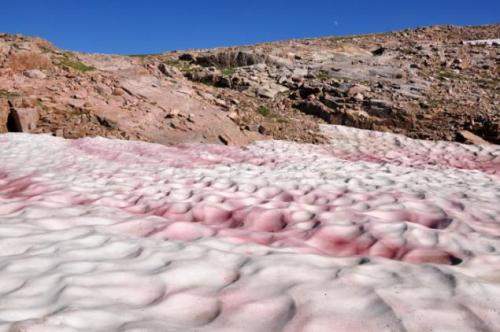 You can observe “watermelon snow” while hiking across the slopes of California’s Sierra Nevada foothills in summer. It’s pink-colored and has a scent and taste like watermelon. The microscopic algae known as Chlamydomonas nivalis brought about this phenomenon.
Source: brainberries.co, Image: bizlifes.net 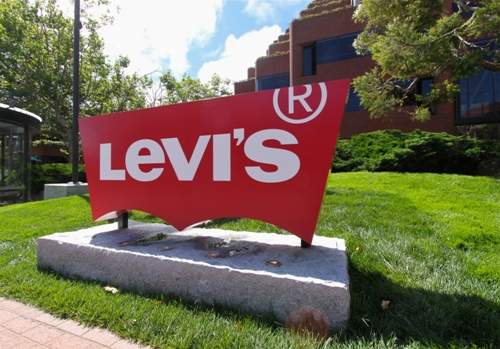 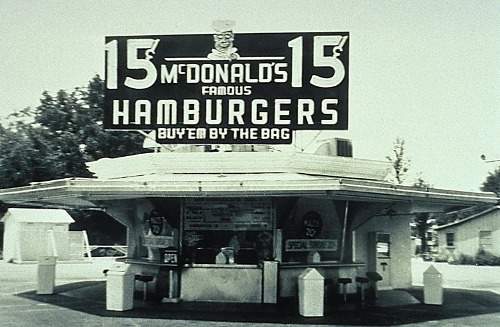 Californians must be the luckiest people on this planet; as they were the first to taste McDonald’s mouthwatering burgers. World’s first McDonald’s restaurant was opened in 1940, by brothers Richard and Maurice McDonald in San Bernardino, California.
Source: Wikipedia, Image: amusingplanet.com

19. A Paradise for Everyone

All the gadget geeks and adventure lovers out there, you all must owe California; as California is the birthplace of Fortune Cookie, Apple, theme park (Disneyland), Frisbee, the Barbie dolls, skateboards, and video arcade games.
Source: raiseyourbrain.com

California is considered the Artichoke Capital of the World. In 1947, a young woman named Norma Jean started her journey here; by becoming Castroville’s first Artichoke Queen, and later, a world-famous actress by her screen name, Marilyn Monroe.
Source: Wikipedia

You may only throw a Frisbee at the beach in Los Angeles County with the lifeguard’s permission; Bathhouses are against the law and women may not drive in a housecoat.
Source: dumblaws.com 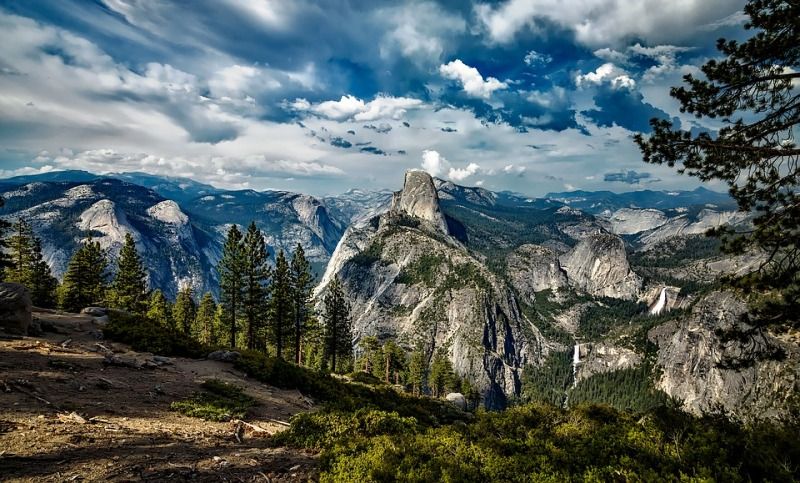 Known for its massive granite faces and plunging waterfalls, Yosemite National Park is a gem for California. Covering more than 1,100 square miles/284,899 hectares, nearly the size of Rhode Island, the park was designated as a UNESCO World Heritage site in 1984.
Source: visitcalifornia.com, Image: Pixabay 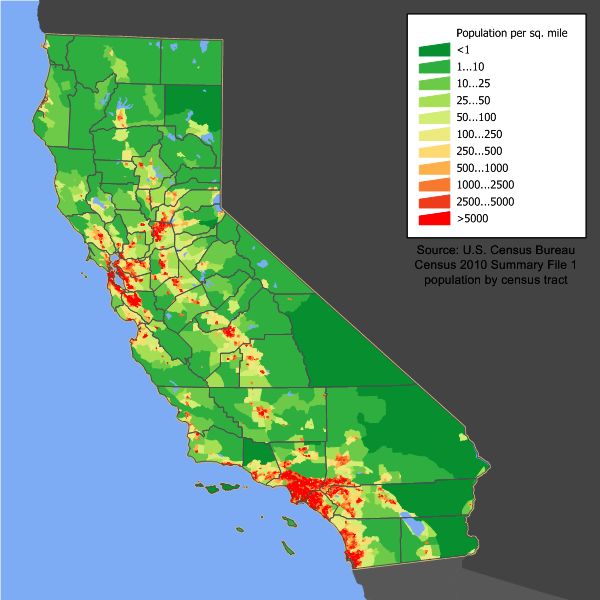 With almost 40 million population (as in 2015), California is the most populous state in the United States.
Source: census.gov, Image: Wikimedia 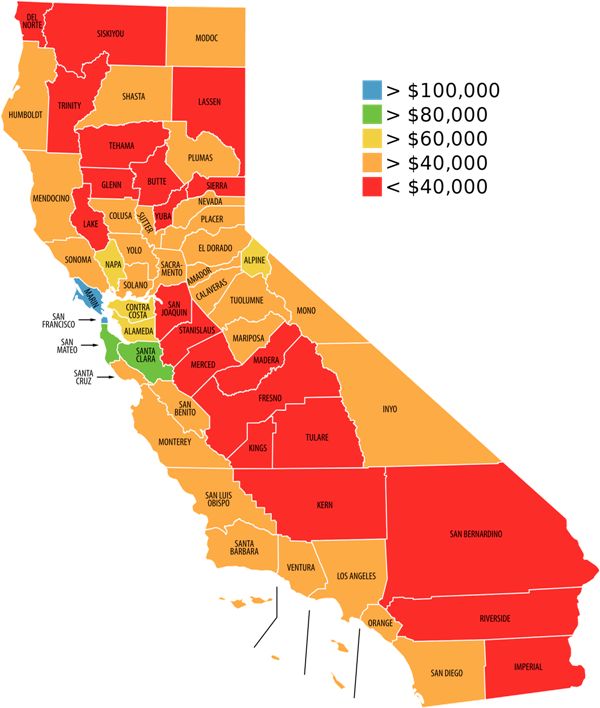 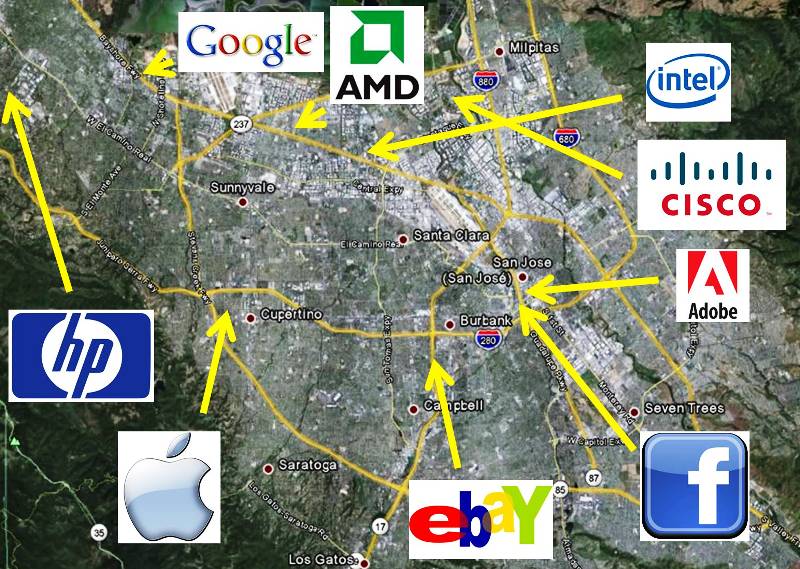 The State of California is considered a global trendsetter in popular culture, politics, and innovation. California is also considered the origin of the American Film Industry, the Internet, the hippie counterculture, and the personal computer among others. The Greater Los Angeles Area and the San Francisco Bay Area are widely considered as the centers of the entertainment industries and global technology, respectively.
Source: Wikipedia

28. The Hub of Agriculture Industry 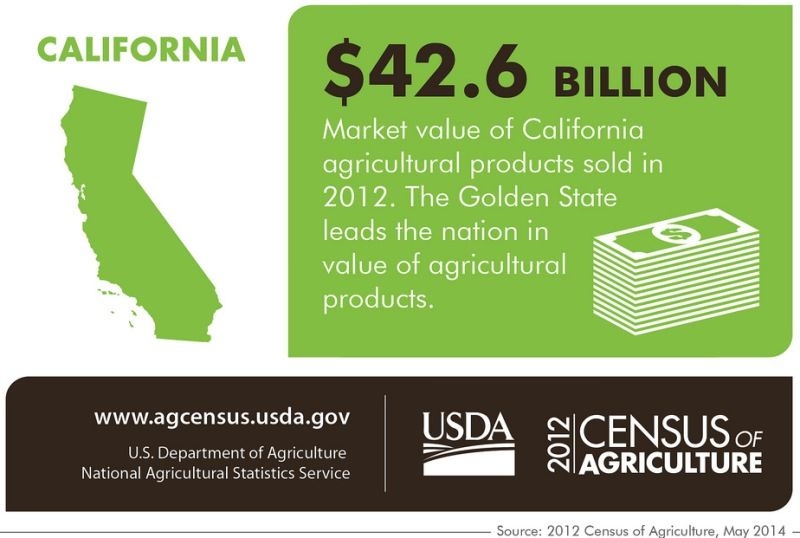 The agriculture of California has the highest output of any U.S. state. California’s farms produce more than 400 commodities and two-thirds of the nation’s fruits and nuts.
Source: ocregister.com, Image: Flickr 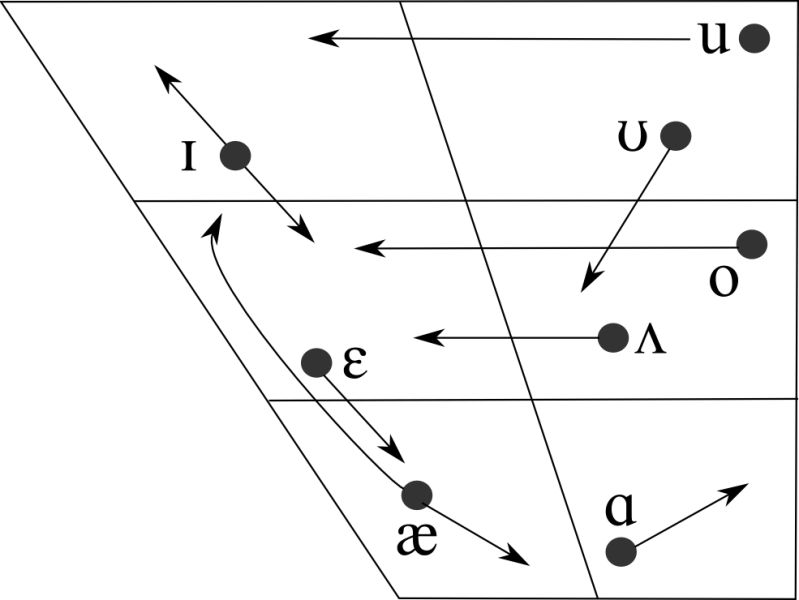 With more than 70 indigenous languages, California is considered one of the world’s most linguistically diverse areas. This linguistic diversity has brought a variety to American English. This variety, known as California English, has a Vowel Shift.
Source: journals.sagepub.com, Image: Wikimedia 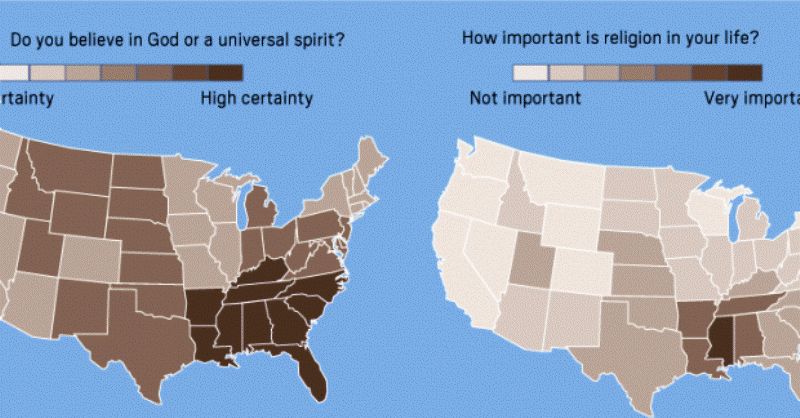 According to a national survey held in 2008, Californians are less religious and less certain about the existence of God than the nation as a whole; while 71% of the nation is “absolutely certain” of the belief in God, only 62% of Californians say so.
Source: latimes.com, Image: ocregister.com

California has the most Sister State relationships throughout the world than any other state in the United States. A sister state relationship is a formal declaration of friendship between two states, regions, or nations. Such an agreement symbolizes mutual goodwill thereby encouraging bilateral cooperation.
Source: soir.senate.ca.gov 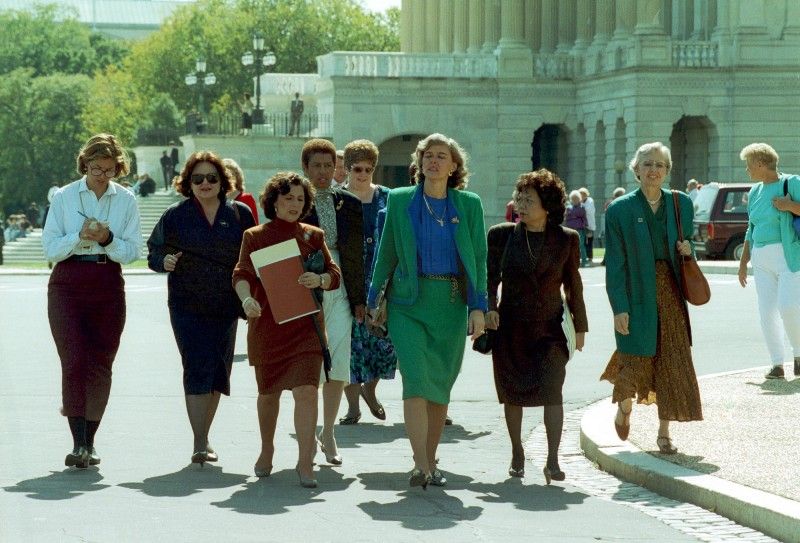 Well! All the feminists out there; here’s a piece of information for you all- In 1992, California became the first state to have a Senate delegation entirely composed of women.
Source: Wikipedia, Image: medium.com 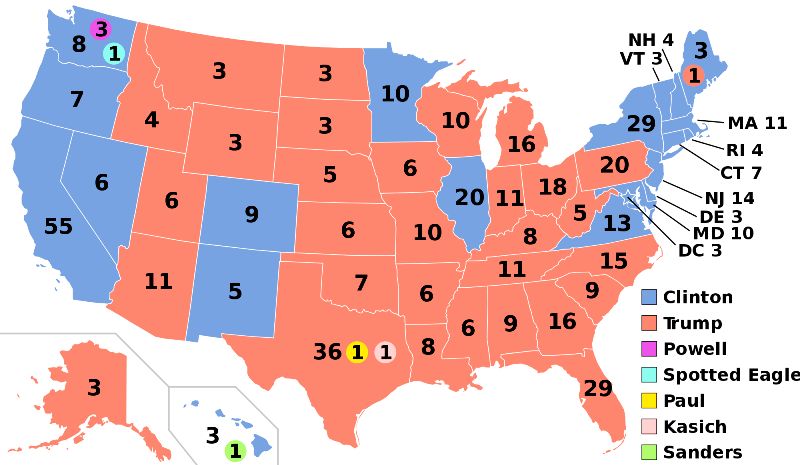 In terms of political ideology, California is regarded as a trendsetter. Californians are considered more liberal than other Americans.
Source: cbsnews.com, Image: Wikimedia 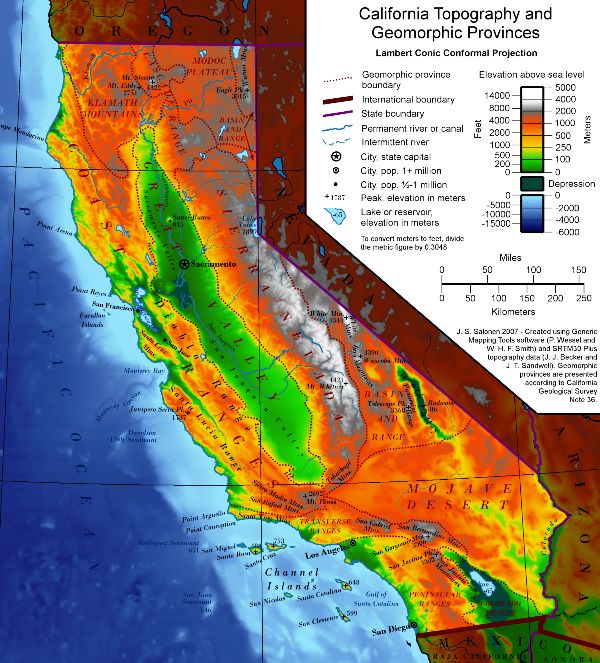 California’s geography is very diverse that ranges from the Pacific Coast in the west to the Sierra Nevada mountain range in the east, and from the redwood–Douglas fir forests in the northwest to the Mojave Desert in the southeast. Over time, due to these diverse geographic features, droughts & wildfires have become more pervasive features.
Source: latimes.com, Image: Wikimedia

35. One of the Deadliest Wildfires in History

In 2018, California witnessed the deadliest and most destructive wildfire in the state. Several lives were lost, and properties worth in billions were devastated by the wildfire. Coastal Homes of many Hollywood celebrities including Miley Cyrus, Gerard Butler, and Robin Thicke gutted in California wildfire. Among those evacuated were Lady Gaga, Orlando Bloom and many others.
Source: independent.co.uk, GIF: giphy.com

Krishna - May 15, 2017
0
Deep within the Jungles of Southern India and Southeast Asia, there lives a legendary King, respected and feared by all. It is swift, strong,...