1. A Carpenter Is Responsible For The Rush

Well! Behind one of the most discussed mass migrations in human history is a carpenter named James W. Marshall who had found gold on January 24, 1848, at Sutter’s Mill in Coloma, California; while working for Sacramento pioneer John Sutter. The news of his gold discovery spread like a wildfire, which led to this mass migration.
Source: History of California by Hubert Howe Bancroft, Image: Wikimedia

2. The Person Who Introduced Marshall To Gold…

Years later, Marshall admitted that he was not alone in finding the gold. Some historians suggest that it was a native Maidu man known as Indian Jim who showed him the gold flakes.
Source: foundsf.org

For the initial two months of the discovery of gold in California by James W. Marshall, the news about the presence of gold in California remained a rumor. However, it was confirmed by the San Francisco newspaper publisher and merchant Samuel Brannan in March 1848.
Source: History of California Volume 23 by Hubert Howe Bancroft, Image: Wikimedia

After the confirmation of the presence of gold in California, a merchant called Samuel Brannan, hurriedly set up a store to sell gold prospecting supplies. He would pass around the street, holding up a bottle of dust in one hand, and swinging his hat with the other shouting, “Gold! Gold! Gold from the American River!”
Source: History of California Volume 23 by Hubert Howe Bancroft, Image: Wikimedia

5. A Newspaper That First Confirmed The Discovery of Gold

6. And The President Also Confirmed It

On December 5, 1848, the 11th President of the United States, James Polk, confirmed the discovery of gold in California in an address to Congress.
Source: California: A History by Kevin Starr, Image: Wikimedia

7. It wasn’t The First Gold Rush In American History

The honor of first gold rush actually belongs to North Carolina; as almost fifty years before gold was discovered in California, a 17-pound gold nugget was found in Cabarrus County, North Carolina. For almost thirty years the gold used in minting the gold coins by the U.S. Mint were produced in North Carolina.
Source: history.com, Image: Flickr

The California Gold Rush is termed as one of the largest and craziest mass migrations in American history. In March 1848, the population of the California territory was rougly 157,000; 150,000 Native Americans, 6,500 of Spanish or Mexican descent, and less than 800 non-native Americans. By the mid-1850s, following the massive influx of settlers, there were more than 300,000 new arrivals, and one in every 90 people in the United States was living in California.
Source: history.com, GIF: disquscdn.com 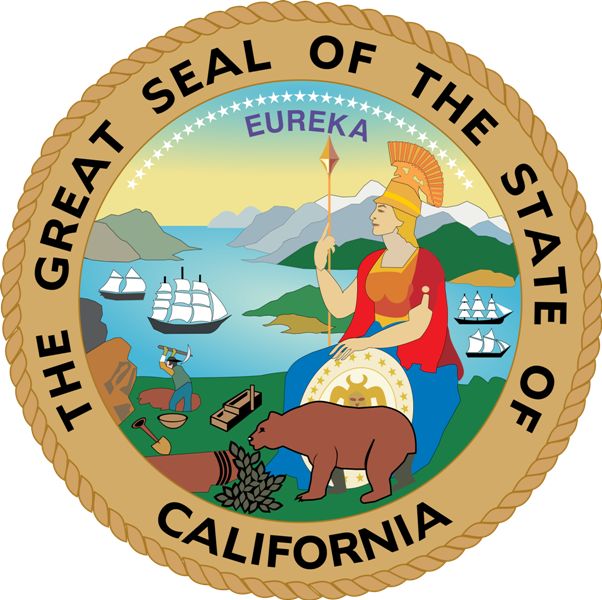 The gold rush helped fast track California to statehood. With thousands of settlers and millions of money, California became the 31st State in the Union in September 1850.
Source: California: A History by Kevin Starr, Image: Wikimedia

10. From A Ghost Town To A Boomtown

Before the gold rush, San Francisco had been a tiny settlement of about 200 residents in 1846. It became a ghost town of abandoned ships and businesses. However, after the gold rush, it had turned into a Boomtown of about 36,000 by 1852.
Source: History of California by Hubert Howe Bancroft, Image: Wikimedia

The gold rush attracted thousands of people including the native Americans and people from other countries including Latin America, Europe, Australia, and China. By 1850, more than 25% population of California had been born outside the United States.
Source: history.com, Image: picryl.com

13. The Story Of Forty-Niners

Well! The term “forty-niners” corresponds to some 300,000 migrants who arrived in California in covered wagons, clipper ships, and on horseback and staked claims to spots of land around the river to extract gold from silt deposits. They are named “forty-niners” for the year they began to arrive in California, 1849.
Source: khanacademy.org, Image: Flickr

14. Gave Birth To The Death Valley

Of the 300,000 migrants who arrived in California, about half arrived by sea and half came overland on the California Trail and the Gila River trail. They had to face substantial hardships on the trip. At the height of the gold rush, 13 prospectors died while crossing a desert valley in eastern California. The valley received its name as the “Death Valley” after the incident.
Source: Wikipedia, GIF: 2.bp.blogspot.com

Of the hundreds and thousands of people who had migrated to California to make their fortunes in the Gold Rush, almost none of them were women. Reportedly, almost 92% of the people prospecting for gold were men.
Source: history.com, Image: picryl.com

When thousands of people arrived in California, they had to spend their hard-earned money for the most basic supplies. A single egg could cost $25 in today’s money, a cup of coffee went for more than $100, and replacing a pair of worn out boots could set you back more than $2,500.
Source: history.com, Image: Wikimedia

17. Merchants Made More Fortunes Than Miners

18. The Wealthiest Person During The Gold Rush

Samuel Brannan, a shopkeeper and newspaper publisher, was considered the wealthiest man in California during the Gold Rush.
Source: Wikipedia, Image: Wikimedia

19. From A Sleepy Town To A Global City

The Gold Rush propelled California from a sleepy town to a global destination. The period witnessed a large-scale construction work including the erection of buildings, construction of roads, schools, and churches.
Source: Days of Gold: The California Gold Rush and the American Nation by Malcolm J. Rohrbough, Image: Wikimedia

20. A Nightmare To Native Americans

Before the Gold Rush, native Americans were dependent on traditional hunting, gathering, and agriculture. However, silt and toxic chemicals from the prospecting operations during the Gold Rush killed the fish and destroyed the natural habitats, which led to the starvation of native Americans.
Source: Days of Gold: The California Gold Rush and the American Nation by Malcolm J. Rohrbough, Image: Wikimedia

21. A Tax To Drive Out Foreigners

With so many people after prospecting gold, soon, the gold stock started dwindling. To have the most accessible gold that remained, Americans began to drive out foreigners. In 1850, the new California State Legislature levied a foreign miners tax of $20/month ($600 per month as of 2019).
Source: Wikipedia, Image: Wikimedia

22. A Haven For The LGBTQ Community

Well! As we earlier said that the California Gold Rush was a male-dominated event where almost 92% of the population was male. The high ratio of men to women caused homosexuality and gay culture to flourish in the region. San Francisco went on to earn the title- “City of Bachelors,” where men would often pay for sex with men. With the passage of time, it became a haven for the LGBTQ Community.
Source: history.com

The California Gold Rush caused people to suffer from mental health and other health issues; resulting in the opening of California’s first psychiatric hospital- Stockton State Hospital in 1851.
Source: The Gold Rush And A Hospital By Frances Tomilson Gardner

The Gold Rush laid a huge waste to the forests of the Sierras and the oak and redwood forests surrounding San Francisco. The territory was once home to grizzly bears. The once bountiful wetlands and meadows of the Sacramento and San Joaquin Valleys that had been home to huge herds of antelope, elk, pelicans, quail, and otters are now barren wastelands.
Source: foundsf.org, Image: Wikimedia

California and its nearby territory became a center of mining after the Gold Rush, and it wasn’t only a gold rush but other minerals were also mined including silver, copper, quicksilver, lead, sulfur, and coal.
Source: foundsf.org

Julian Gold Rush Hotel is the oldest continuously operating hotel in Southern California. The hotel was established by a former slave Albert Robinson, and his wife, Margaret in 1897.
Source: julianhotel.com, Image: Wikimedia

27. Experience The Days of The Gold Rush

Well, after reading the story of the Gold Rush, if you’re regretting about not being there, then don’t be; because you can still experience the days of the Gold Rush, and for this, you just have to visit the Julian Farm in San Diego, where you can experience the days of the gold rush in Julian with panning for gold, tomahawk throwing, archery, and more.
Source: 10news.com

Shukla Sundeep - August 12, 2015
0
Sunder Pichai, an Indian genius who attained the peak position in the tech world by becoming the CEO of the IT giant, Google. Here are...