The flag of Canada is unofficially called Maple Leaf l’ Unifolié (French for “the one-leafed”). The Canadian flag is considered one of the most beautiful flags in the world. Consisting of red fields on the left and right sides and a white square on the center, the Canadian flag is embellished by an 11-pointed maple leaf. The history of the flag is not very old, the flag was adopted in February 1965. Prior to it, the Union Jack represented the whole country. To know more, let us know some more interesting facts about the Maple leaf or the flag of Canada. 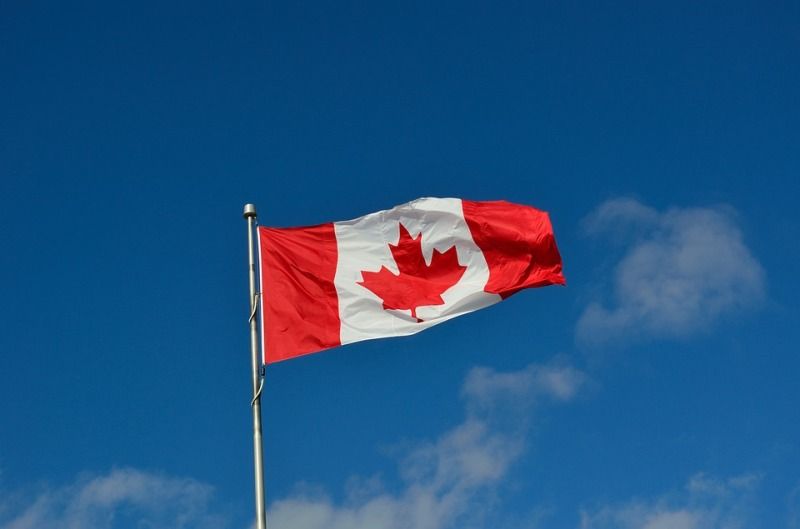 The maple leaf has been used in the Canadian flag since the 18th century. It was first used in 1868 as a national symbol. From 1861 to 1901, maple leaf remained on all the coins of Canada and remained on pennies even after 1901. In 1921, the maple leaf was also added in the Canadian Coat of Arms. During the first and second world wars, the badges of the Canadian forces were often based on a maple leaf design.
Sources: The Complete Guide to National Symbols and Emblems: Volume 2 (Book by James Minahan), Ikonica: A Field Guide to Canada’s Brandscape (Book by Jeanette Hanna; Alan C. Middleton)

2. The First Flag Of Canada

In 1497, when Italian explorer, John Cabot reached the shore of New Foundland, he hoisted the Saint George’s Cross. When the French came to the region, they started to fly the French military flags of that period. De Jure national flag of the United Kingdom, the Union Jack was used similarly in Canada since the 1621 British settlement in Nova Scotia.
Source: Wikipedia, Image: Flickr

3. Red Ensign For Almost A Century

The Canadian Red Ensign was the unofficial flag of Canada that was used since 1868 until the new flag was adopted by the government of Canada in 1965.
Source: cbc.ca, Image: Wikipedia

4. The Current Flag Of Country

The Current Maple leaf flag was adopted on 15 February 1965 and was raised on the Parliament Hill. The day 15 February is also celebrated as the National Day of the flag of Canada.
Source: toronto.com, Image: Pixabay

5. The Design Was Inspired By A College’s Flag

The maple leaf design was inspired by the flag of the royal military college of Canada.
Source: dailyhive.com, Image: Wikipedia

6. More Than 5000 Designs Before Adoption

7. Royal And Official Colours Of Flag

The Red and White colours of the flag were named Canada’s official colours in the proclamation of the Royal arms of Canada by King George V in 1921.
Source: dailyhive.com

8. Red Fields Are Half Of The White One In Size

The red fields are half of the size of the wite field and the ratio of the dimensions of the flag is 2:1.
Source: Wikipedia

9. Canadian Flag On The Highest Point

In 1982, the Canadian Flag flew on the highest point on the planet when Canadian Mountaineer, Laurie Skreslet ascended to the Mount Everest.
Source: cbc.ca, Image: EverestHistory.com

10. The Maple Flag In Space

The largest Canadian flag was 38 meters in width and 76 meters in length. It cost around $15,000 to be made.
Source: dailyhive.com, Image: ayucar.com

In 2015, the flag celebrated its 50th anniversary.

Shukla Sundeep - June 14, 2016
0
Julius Caesar, a notable statesman, general and author of Latin prose, was immortalized by Shakespeare’s play of the same name. Much about Caesar's life...