The flag of Germany is a horizontal tricolour of Black, Red, and Gold. The first-ever appearance of the Black, Red, and Gold colour dates back to the late 18th century when Prince Heinrich XI was appointed to rule the Principality of Reuss-Greiz. Designed and hoisted in the early 19th century, the German flag was first adopted by the Weimer Republic in 1919. In 1933, the use of the flag stopped due to the Second World War but resurged in the 1950s. To know some more, let us read some interesting facts about the German tricolour. 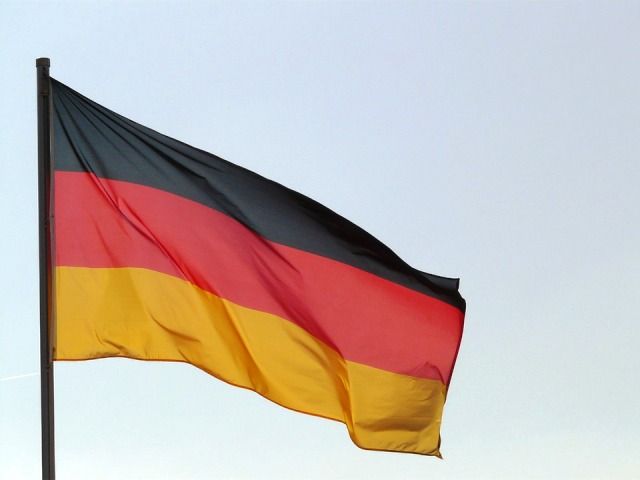 There are many theories regarding the colour scheme of the German flag. The most popular theory is that black and gold combination is connected to the colours of the semi-official coat of arms of the Holy Roman Empire. After the fall of the Roman Empire, these two colours were closely associated with Austria’s Habsburg Dynasty which was also called “Black and Gold Monarchy.”
Source: germanculture.com.ua, Image: Wikipedia

2. Flag of a Historic Movement

After Napolean’s defeat in 1815, the tricolour was used to symbolize the movement against the conservative order period. However, the movement fell apart within a year, the Frankfurt Parliament declared this flag as the official colours of the German confederation.
Source: blog.ultimateflags.com

3. Flag of the German Empire

The German Empire started in 1871 and lasted until 1918. During this period, the flag was of black, white, and red horizontal stripes in the ratio of 2:3.
Source: Wikipedia, Image: Wikimedia

4. Reintroduced in the Weimar Republic

After World War I, when the Weimar Republic came into existence in 1918, the flag was first adopted in 1919 and the use of the flag lasted until 1933.
Source: worldatlas.com

When the Nazis came to power in 1933, they replaced the flag with the Swastik flag. It was also a Nazi Party flag. It had a black Swastik in the white circle on the red field.
Source: adl.org, Image: Wikimedia

6. C-Pennant for the German Ships

When Allied forces occupied Germany, the German ships were required by the International law to have national ensign. The council designated a provisional pennant flag ending in a swallowtail.
Source: crwflags.com, Image: Wikipedia

After World War II, the tricolour was adopted in West Germany on 9 May 1949. However, the flag of East Germany was almost the same but on 1 October 1959, the national emblem was placed in the centre.
Source: germanculture.com.ua, Image: Pixabay

Germany was unified after the demolition of the Berlin wall in 1989. Unified Germany adopted the tricolour again in the ratio of 1:1:1.
Source: britannica.com

Since 13 November 1996, the vertical or hanging flags are also prescribed. Many public buildings in Germany use civil and government vertical flags. The proportions of these flags are not specified.
Source: crwflags.com, Images: Wikimedia

11. Symbol of this Tricolour

12. Flag of the Unified Team

The Unified team of Germany was a united team of athletes from West and East Germany. They competed at 1956, 1960, and 1964 winter and summer Olympics. They used the same tricolour with Olympic rings at the centre.
Source: history.com, Image: Wikimedia

On some occasion, the flag must be flown from public buildings. These dates are 27 January (Commemoration Day for the Victims of National Socialism), 1 May (Labour Day), 9 May (Europe Day), 23 May (Constitution Day), 17 June (Anniversary of the uprising of 1953 in East Berlin and East Germany), 20 July (Anniversary of the July 20 plot; failed assassination attempt on Adolf Hitler in 1944), 3 October (Day of German Unity), and the second Sunday before Advent (People’s Mourning Day). Election days for the German Federal Parliament, Bundestag, are also considered flag days in some German states.
Source: web.archive.org, Image: Pixabay