One of the most ancient markets in the world, the Grand Bazaar, is known amongst the locals as Kapali Carsiand is stationed in Istanbul, Turkey. Every day, thousands of people — locals and travelers alike — crowd to this market which is positioned in the city’s Old Town. From leather goods and hand-woven carpets to archaic jewelry and foreign spices, there is something for everyone here. Let’s take a glance at some of the astonishing facts about the world’s most pristine mall. 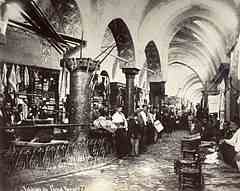 The formation of Grand Bazaar started in 1461 after Sultan Mehmet II surmounted Constantinople as the trading center of the Ottoman Empire.
Source: takktravel.com, Image: Flickr 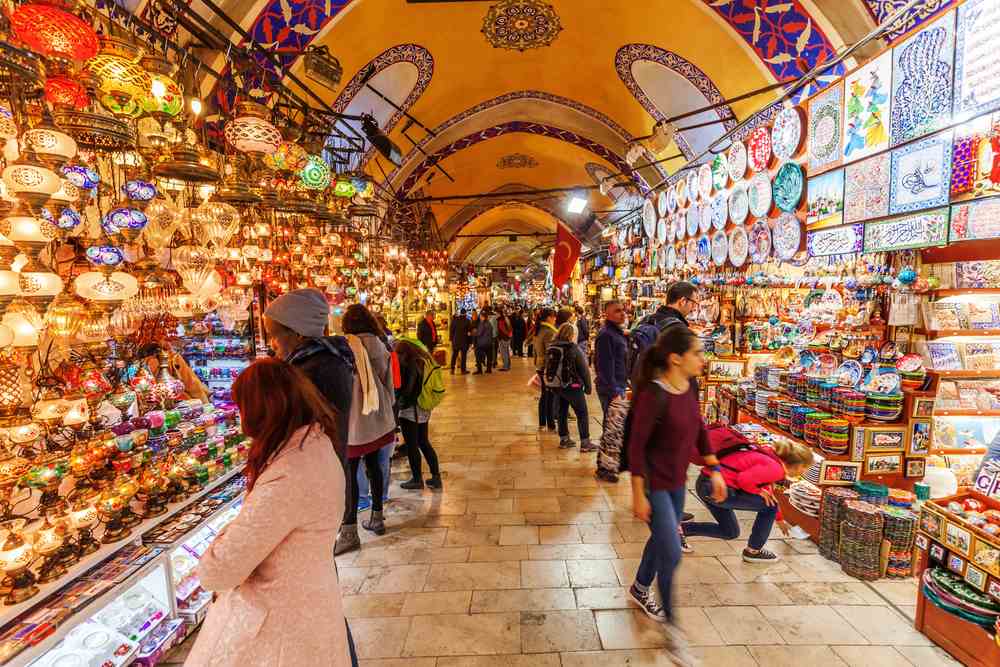 Following the spread of the Ottoman Empire across three continents, the market became the heart of the Mediterranean trade by the inception of the 17th century.
Source: Britannica, Image: Flickr 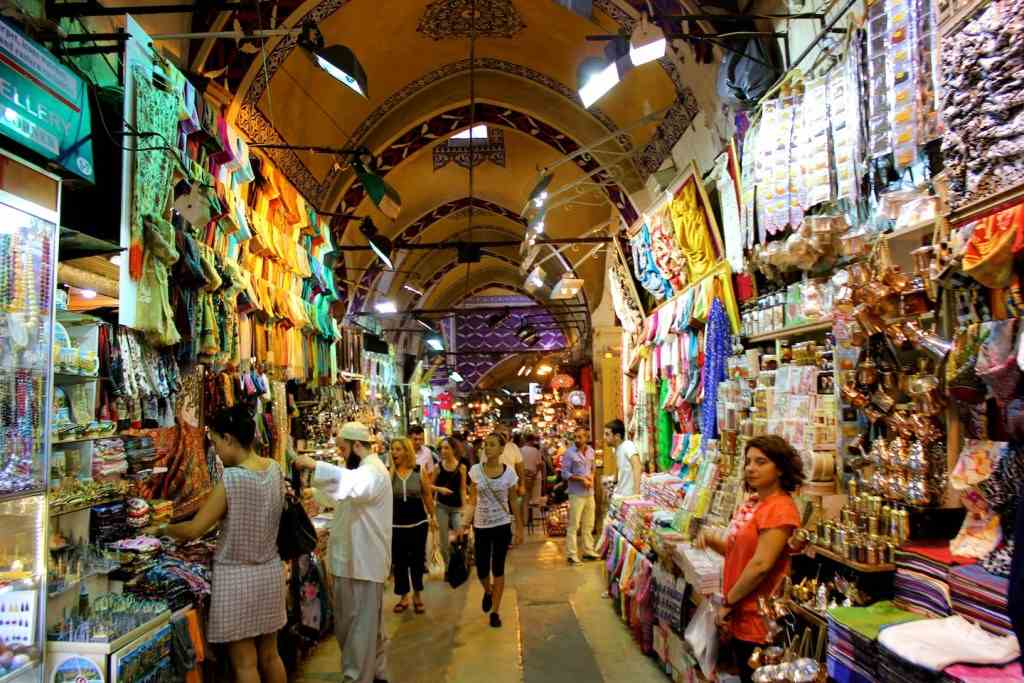 There are approximately 4,000 shops in 60 covered streets of the Grand Bazaar, hustling with around 250,000 visitors every day.
Source: goturkeytourism.com, Image: Flickr

4. An Assortment of Products Piled Up! 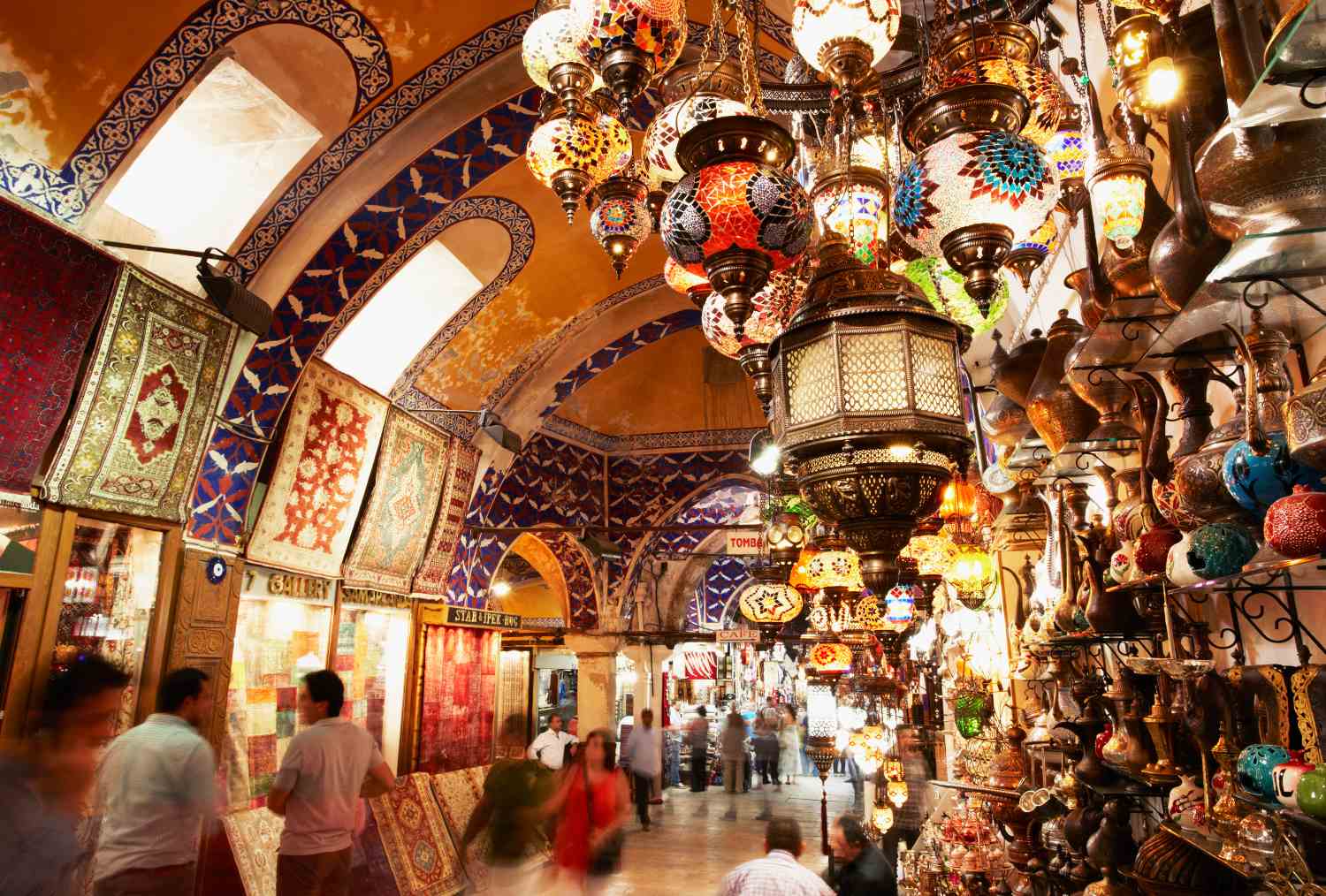 You can find a wide assortment of products in the market: ornaments, silk, ceramics, copperware, leather, antique craftsmanships, and contemporary productions, among other things. As a result, the Grand Bazaar is one of the most sought-after market places across the earth.
Source: theguideistanbul.com

5. One for a Specific Trade 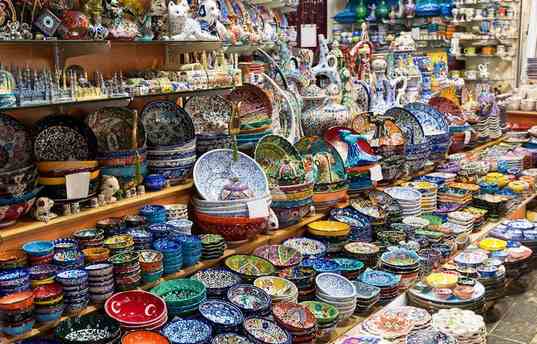 In the ancient days, each street was booked for a particular trade or profession.
Source: traveltriangle.com 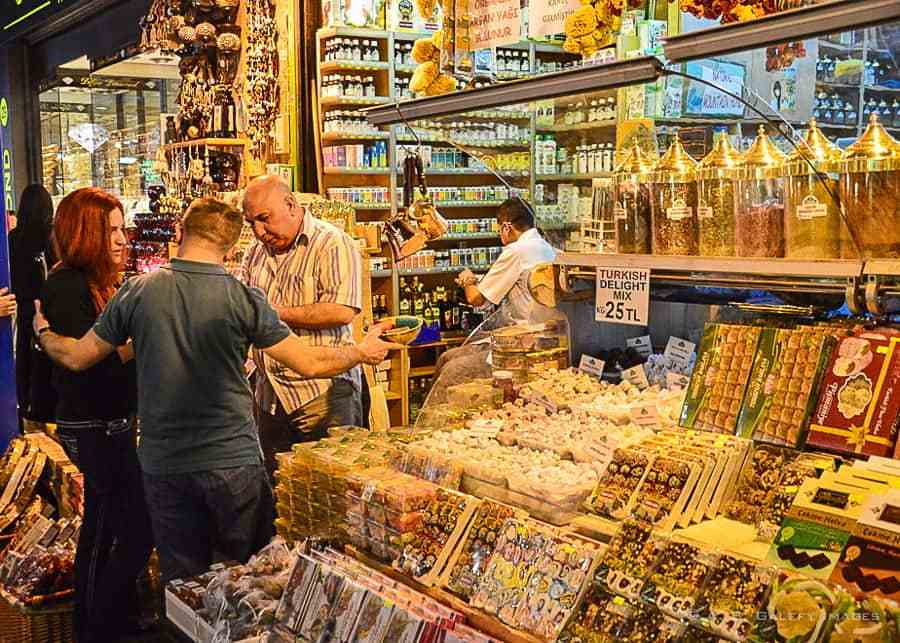 Bargaining or haggling, called ‘pazarlik’ in Turkish, is a part of the shopping adventure at the Grand Bazaar – and is often encouraged too!
Source: theistanbulinsider.com

8. The Insides of the Bazaar 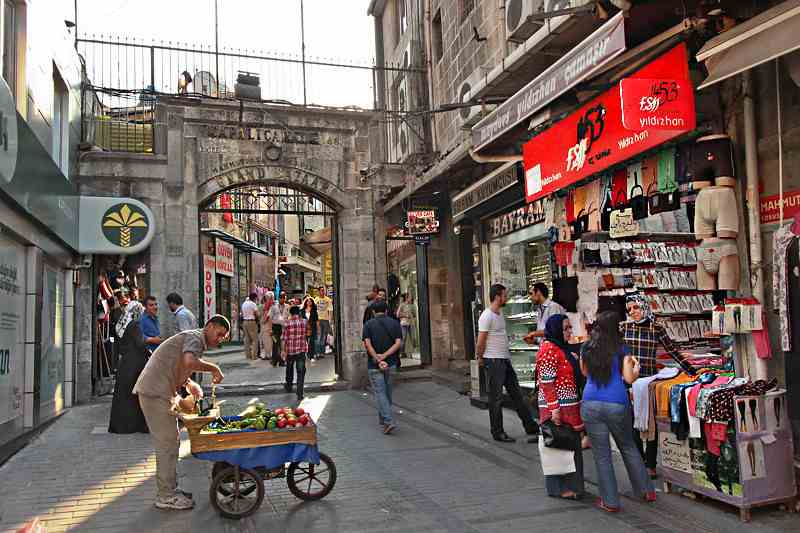 9. Behind The Shop Boards 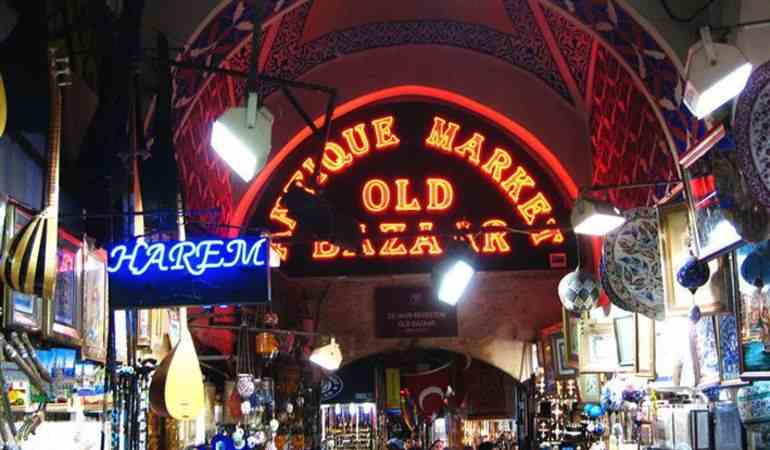 Until the 19th century, the shops, also known as ‘dolap,’ did not use symbols for their shop boards. When the market was rebuilt after the 1894 earthquake, western-style storefront insignia were accommodated.
Source: classicturkeytours.com 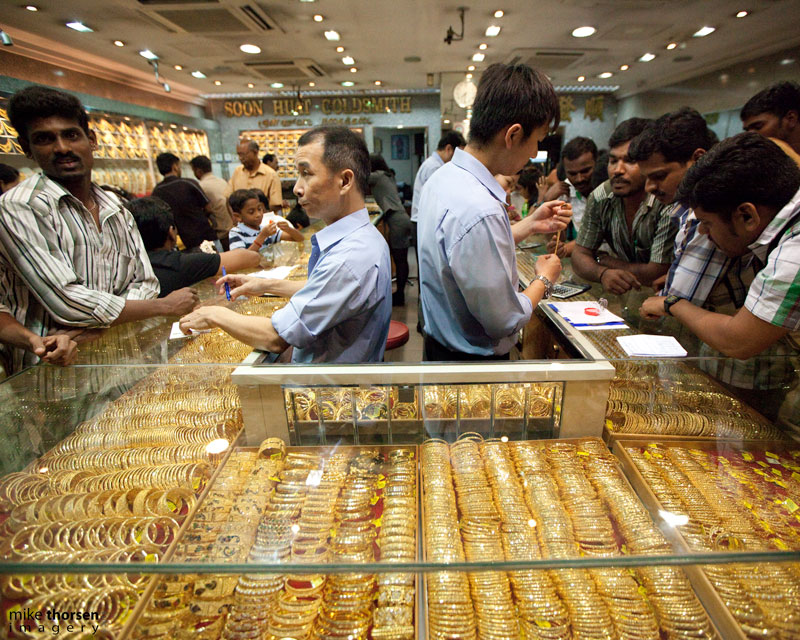 Compared to other parts of the earth, gold ornaments are somewhat more affordable in Turkey because of the low cost of craftsmanship. Many of Turkey’s celebrated goldsmiths sell their assets in the Grand Bazaar.
Source: theculturetrip.com, Image: Flickr 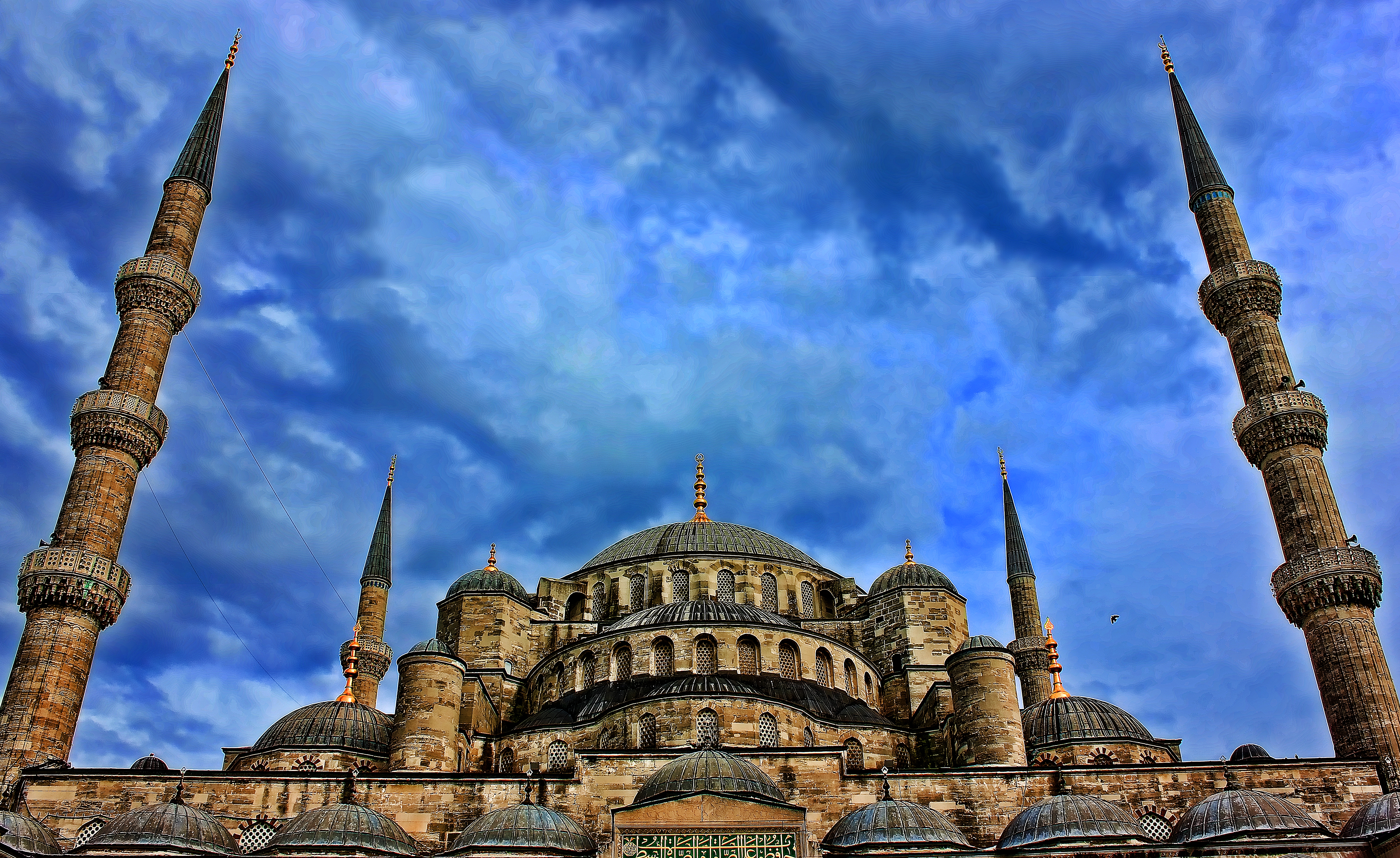 Besides being one of the most cluttered shopping places in the city, the market houses mosques, Turkish baths, inns, a school, eateries, cafes, and water reservoirs. The popular Blue Mosque, or Sultanahmet Mosque, is a swift metro ride from the Grand Bazaar.
Source: theculturetrip.com, Image: Flickr

After a bustling week, seeing the guests from all over the world traverse its every nook and crevice, every Sunday, the Grand Bazaar shuts its doorways to the public.
Source: theguideistanbul.com 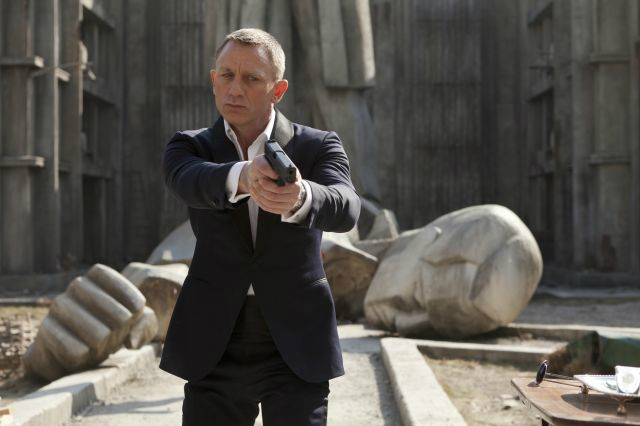 Three James Bond films highlight Istanbul as a backdrop, “From Russia With Love,” “The World Is Not Enough,” and “Skyfall”, which stressed an invigorating motorcycle scene within the premises of the Grand Bazaar.
Source: theguideistanbul.com, Image: Flickr

The Grand Bazaar broke the record for the most visited tourist spots in 2014. It was ranked the No. 1. According to the reports, almost 9 billion people visited this site annually!

15. The Advent of the Market

The modern name that we know today of the market, Closed Market came from the 18 gates which it has and which opened each morning and closed each evening. Besides this, the market was established in the 17th century when it had 67 roads, some part dedicated to the religious ceremonies, 5 mosques and a couple of fountains. 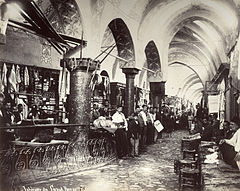 After the fire in the early 18th century, the buildings in the grand bazaar was rebuilt with stone and brickwork replacing the wooden structures which stood there previously. In addition to this, it was strictly maintained that all the buildings would be one story instead of two except for the fur dealers. The structures are covered with tiles and since then, no artificial lights have been lit in addition to smoking on the premises to avoid fire. 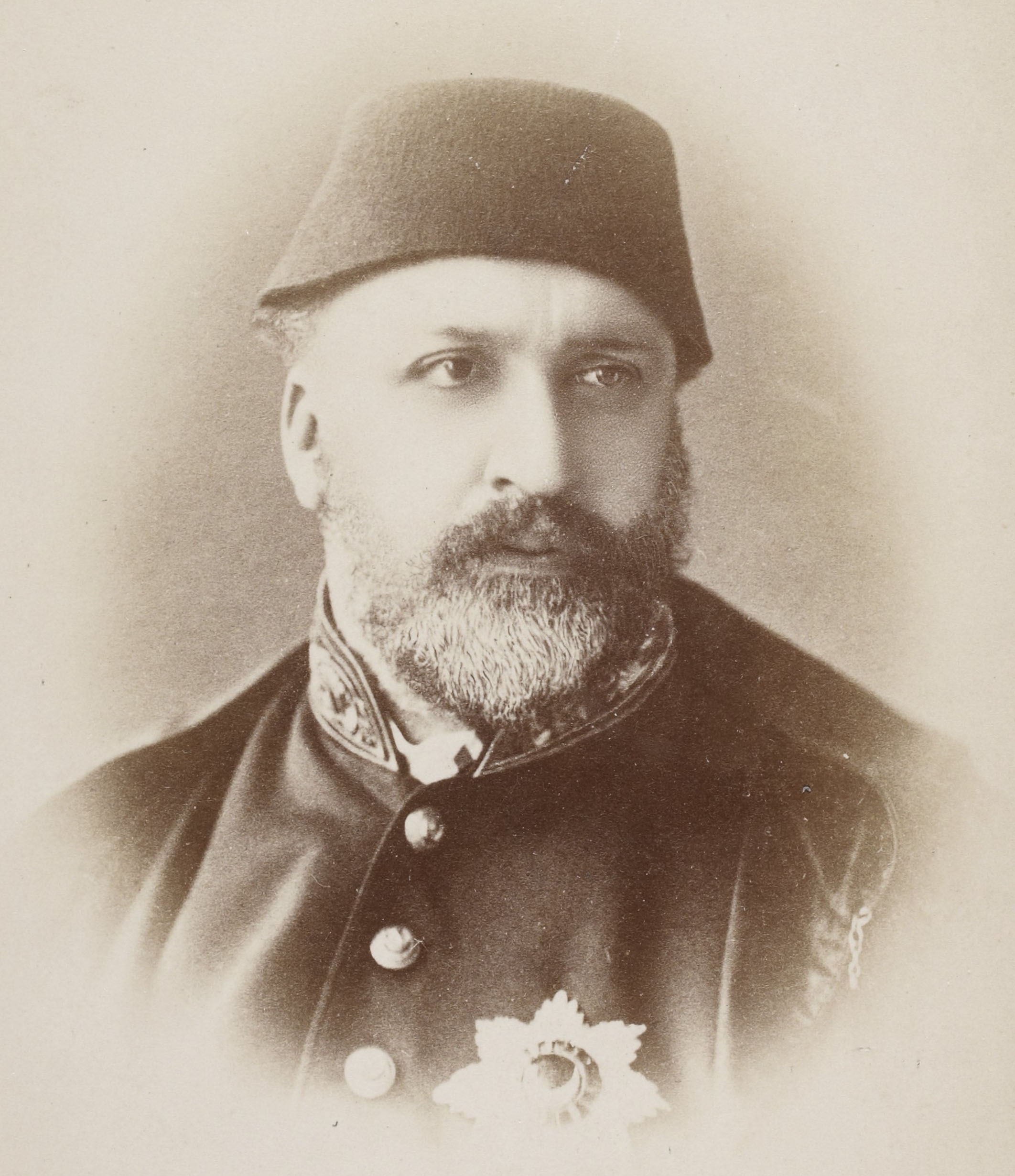 There has been an official opening of the bazaar and it is considered the only official opening. The event was organized when Sultan Abdulaziz returned from Egypt in 1867.

There has been a lot of shift in the ethics of marketing since the mid 19th century. The blame has been indicated on the westernization of the ottoman empire and the coming of the minorities into the lime light. Before that, an indifferent behavior was promoted and credited to the Islamic beliefs and the guild system.

During the Ottoman age, restaurants were extremely rare, almost non-existent. This is because women were not allowed to take part in social affairs. Also because of the nomadic lifestyle, it was rather difficult to own or maintain such a business. People often got their lunch packed from home and it was only the simple dishes that were buyable like the doner kebab, tavuk gogsu or the coffee. 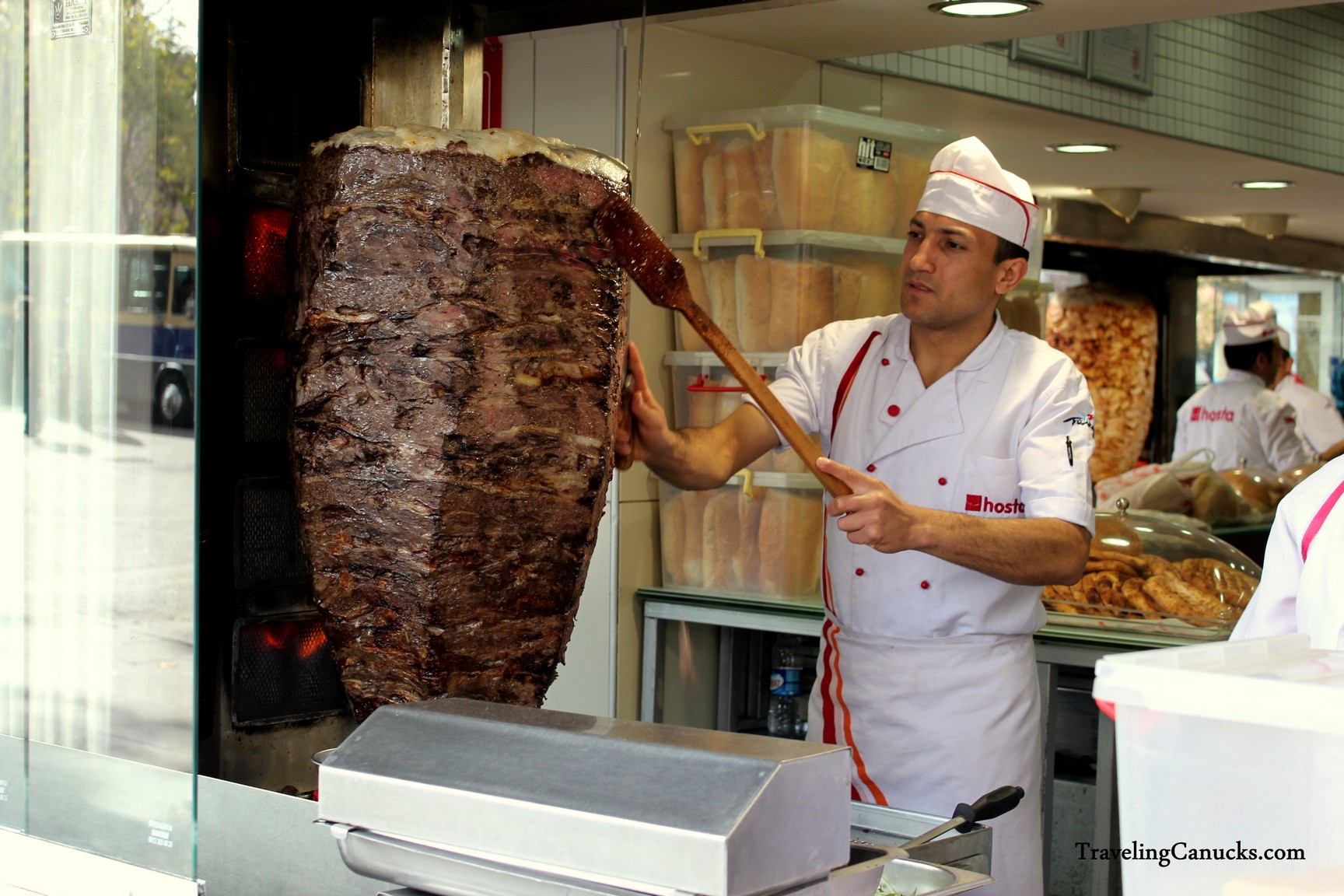 The simples dishes of the ottoman empire like the doner kebabs were made in small shack-like shops right in the center of the road. One such shop is still kept intact but is not functioning anymore. It is very popular among the tourists and could be found at the crossing of Halıcılar Caddesi and Acı Çesme Caddesi. You may wonder why is it so popular. The reason behind it is a rumor that Sultan Mahmut II disguised himself just to come and eat pudding here.

The Bazaar was one of the most visited places in 2011. It was declared by the head of the Grand Bazaar Artisans Association on its 550th birthday.

It is generally seen that after any catastrophe, the size of the monuments is often reduced. This happened with Grand bazaar too after the earthquake of 1894 which rocked the whole city. The reconstruction of the bazaar was looked over by The Minister of Public Works, Mahmud Celaleddin Pașa.

Before the restoration of the 1894 earthquake, the merchants sat on divans made up of wood in front of their shelves. This was called dolap or as we know in English, a stall. It was after the reconstruction that proper shops were made.

Krishna - March 3, 2017
0
When we think of the most renowned gambling city, Las Vegas always comes first. You will see Casinos all around if you are on a...