When we talk about the unique festivals around the world, Halloween pops up as the frontrunner. Considered the scariest night of the year, Halloween is celebrated on 31 October. Halloween is, in fact, a night of costumes, fun, and candy that provides people with an opportunity to dress up in a scary manner. Let’s have some interesting facts about this spooktacular night: 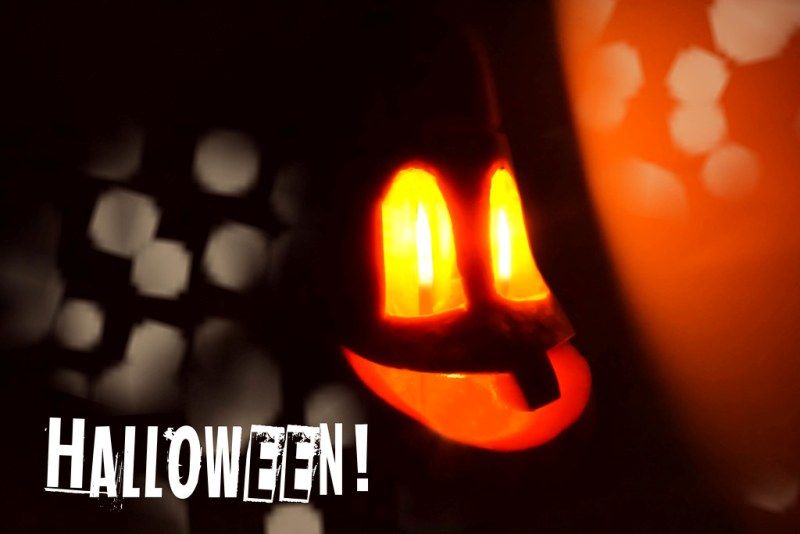 1. One Festival, Many Names

Halloween is a contraction of Hallows’ Even or Hallows’ Evening and is also known Allhalloween, All Hallows’ Eve, or All Saints’ Eve.
Source: powerthesaurus.org

Halloween traces its roots from a festival called Samhain, which was an ancient pagan festival celebrated by Celtic people over 2,000 years ago. The Celts believed that Samhain was a time when the dead could walk among the living.
Source: CNN, Image: Flickr

Although Halloween is not a major gift-giving event, it’s becoming a bigger occasion to splurge on for many people. During Halloween, most of the money is spent on costumes and decorations.
Source: CNBC, Image: Wikimedia

4. A Meeting of Witches

The night of Halloween is believed to be the night of the secret gatherings known as “the witches’ sabbath.”
Source: independent.co.uk, Image: Wikimedia

5. An Event of Nefarious Acts

If the answer is yes, you can’t enjoy Halloween nights at its fullest; as the term, “Samhainophobia” is a psychological condition that connotes a persistent, abnormal, and unwarranted fear of Halloween; despite conscious understanding by the phobic individual and reassurance by others that there is no danger.
Source: Forbes, GIF: tenor.com

Although Halloween is widely recognized as an American holiday, it is believed that the tradition of Halloween actually originated in Britain many centuries ago. Reportedly, the Great Potato Famine of 1845 forced around one million people living in Ireland to move to the US, taking traditions like Halloween with them.
Source: BBC, Image: Flickr

8. It’s Not Pumpkin but Carved Turnips

Sighting of Jack-o’-lanterns (usually made up of pumpkins) during Halloween is the most common phenomenon. Although in America, it’s pumpkin that has become the vegetable that we all associate with Halloween, in the UK, people used to carve turnips!
Source: BBC, Image: tumblr.com

9. The Ritual of Trick-or-treating

Trick-or-treating is the most popular Halloween ritual in which people; especially, children in their spooky costumes, travel from house-to-house; asking for treats (mostly small breads called “soul cakes” in exchange for prayer) with the phrase “Trick or treat.”
Source: CNN, GIF: giphy.com

Although it was immigrants from Ireland and Scotland who brought Halloween to the United States in the 1800s, the voodoo beliefs about black cats, fire, and witchcraft was brought by the Haitian and African immigrants.
Source: CNN, Image: pxhere.com

Halloween is full of superstitions and one superstition says that if you hear some footsteps behind you on Halloween night, do not look back. This may be the soul of the dead person.
Source: superstitionsof.com, GIF: giphy.com

13. Put Your Clothe Inside Out and See a Witch

One interesting superstition about Halloween is that if you put your clothing inside out and walk backward on the midnight of Halloween, you will see a witch that rides across the sky.
Source: superstitionsof.com, GIF: 3.bp.blogspot.com

14. Born on Halloween? You’re a Superhero

Another interesting superstition about Halloween is that a person born on Halloween has a variety of supernatural powers and is completely protected from evil spirits. Moreover, the person can see and converse with ghosts.
Source: superstitionsof.com, Image: torange.biz

15. The Mexican Version of Halloween

In Mexico, people have a similar festival called the “Day of the Dead.” The Day of the Dead is believed to be the Mexican version of Halloween; as the two holidays share some traditions, including costumes and parades.
Source: history.com, Image: pixabay.com

16. A Nightmare For Pets

Halloween can be a festive and fun time for you but for pets, it can be a nightmare. Even though many people take their pets in spooky costumes to Halloween parties.
Source: petmd.com, GIF: gfycat.com

17. Meet The Witch’s Companions on Halloween

It is believed that on Halloween, a witch’s companions are the cat and the owl.
Source: thingsthatgoboo.com, Image: pxhere.com

18. A Scary Night for Pedestrians

19. The Best Halloween Destination in the World

Although both Salem in Massachusetts and Anoka in Minnesota are the self-proclaimed Halloween capitals of the world, Derry (officially Londonderry) in Ireland was listed the “best Halloween destination in the world” in 2015 by USA Today.
Source: independent.co.uk, Image: Flickr

Initiated in 1973 by Greenwich Village puppeteer and mask maker Ralph Lee, the Village Halloween Parade is the world’s largest Halloween procession and the only major nighttime parade in the U.S. Also termed as the world’s most wildly creative public participatory event, the parade witnesses dancers, artists, and thousands of New Yorkers dressed in their most ingenious costumes; walking along the streets in Greenwich Village of Lower Manhattan.
Source: rove.me, Video: vimeo.com

21. Let’s Have a Vegan Lifestyle

Haunted houses are one of the most popular attractions of Halloween. The first recorded haunted house is the Orton and Spooner Ghost House, which opened in 1915 in Liphook, England. However, in the United States, the first haunted house was built in 1970 by the Sycamore-Deer Park Jaycees in Clifton, Ohio.
Source: nbcbayarea.com, GIF: tenor.com

23. A Source of Entertainment

Halloween has been a source of inspiration for various films including the most famous Halloween (franchise) that consists of eleven films, many novels, comic books, merchandise, and a video game.
Source: Wikipedia, GIF: giphy.com