Hanukkah is one of the most celebrated Jewish festivals. It commemorates the rededication of the Holy Temple in Jerusalem during Maccabean Revolt of the 2nd century BC. It is observed starting on the 25th day of Kislev on the Hebrew calendar for eight days and eight nights. This usually falls from late November to late December under the Gregorian calendar. Before we start listing things let us look at the brief history of the festival. During the second century BC, Israel was under the rule of Antiochus, a Syrian Greek emperor. He issued decrees to force his ideology over the Jews. He banned the study of Torah and tarnished the Holy Temple in Jerusalem and laid them with Greek idols. Jews, who in spite of being outnumbered, pushed the Greeks out of their land. After claiming the holy temple, they wanted to light the temple’s menorah, but to their horror, the Greeks had contaminated all the oil. There was only one cruse of oil, which could last only a day, and new oil could only be procured in eight days. However, a miracle happened, and the one-day supply of oil lasted for eight days. 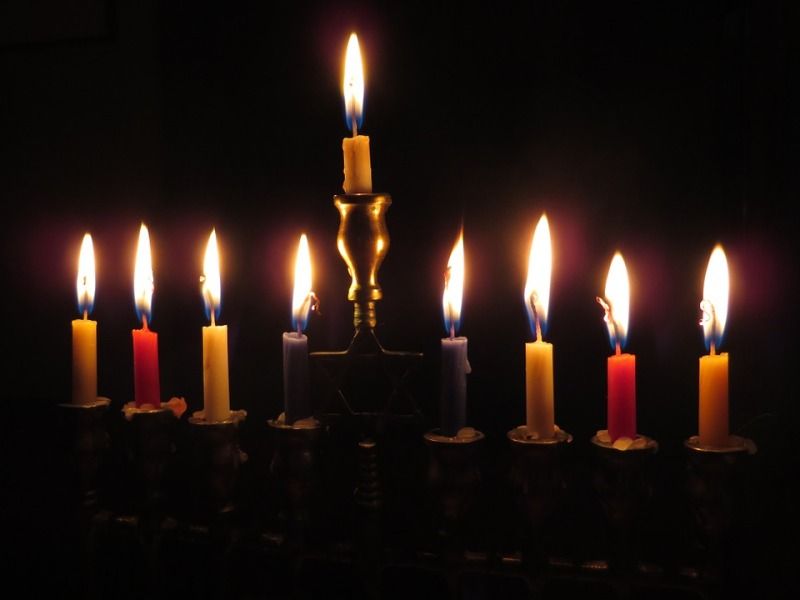 1. A Celebration of Victory Over Syrians

Apart from the re-dedication of Jerusalem’s Second Temple, Hanukkah also commemorates the victory of the Maccabees over the Syrians.
Source: BBC, Image: Wikimedia

2. No Mention in the Jewish Bible 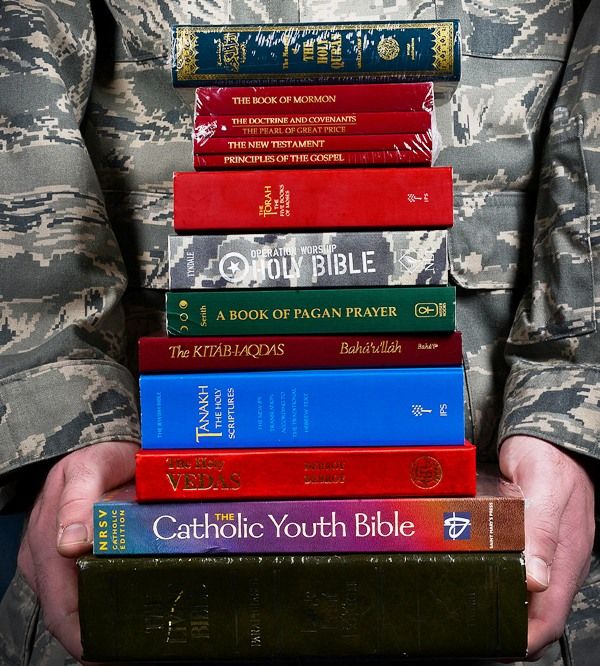 Where all of the Jewish festivals get a mention in the Jewish Tanakh (also called the Hebrew Bible), Hanukkah is the only one that gets no mention of it in Tanakh. It also does not get any mention in Talmud (the central text of Rabbinic Judaism and the primary source of Jewish religious law).
Source: CNN, Image: defense.gov

Unlike Christmas, there is no tradition of singing in Hanukkah; nor is there a tradition of children going from door-to-door. But in Yemen, the children are said to collect wicks for Hanukkah Menorah by going house-to-house with tins in hand.
Source: cbsnews.com, Image: defense.gov

4. Germans Have a Different Tradition

Although the tradition of singing and dancing is not very popular in Israel, in Germany, on the last night of Hanukkah, the people would light a giant bonfire with all the leftover wicks and oil and sing and dance around it until small hours of the night.
Source: timesofisrael.com, Image: Wikimedia

Although Hanukkah is not the “Jewish Christmas,’ children often receive gifts (just like on Christmas); especially in the areas where Christian and Jewish children are in close contact.
Source: cbsnews.com, Image: Flickr

6. At the Center of the Festival is a Miracle

While re-dedicating the Second Temple, the Maccabees found that they only had oil to light the temple for one night; however, a miracle happened, and it ended up lasting for eight days.
Source: BBC

7. Lit Candles For the Miracle

To commemorate the miracle, candles are lit on each night of Hanukkah.
Source: Wikipedia, GIF: giphy.com

8. One Candle for One Night

On the first evening of Hanukkah, a candle is lit in a special candelabra called ‘Menorah’ or ‘Hannuklyah.’ Subsequently, one candle is added every night until the total reaches eight.
Source: CNN, GIF: makeagif.com 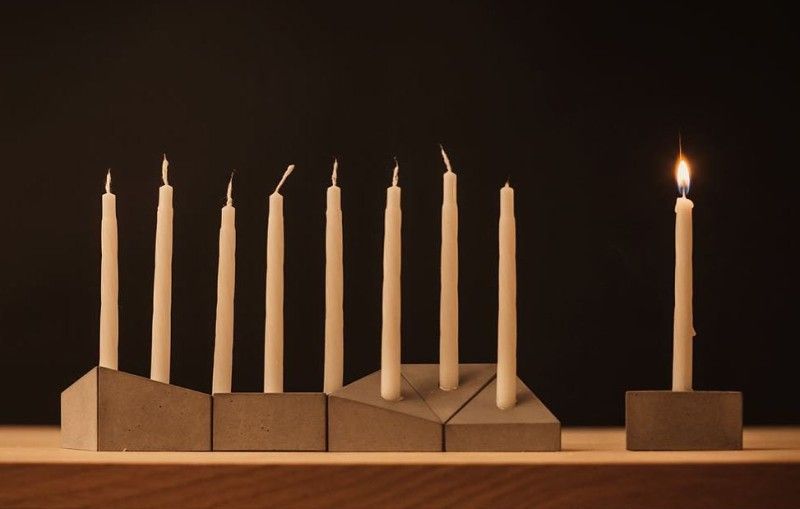 To lit the eight candles, a separate candle called ‘Shamash’ is used. Shamash is lit first and then it’s used to lit the other candles.
Source: CNN, Image: Flickr

10. Right to Left and Left to Right

The candles are placed in the Menorah from right to left, but they are lit from left to right.
Source: CNN, GIF: boingboing.net 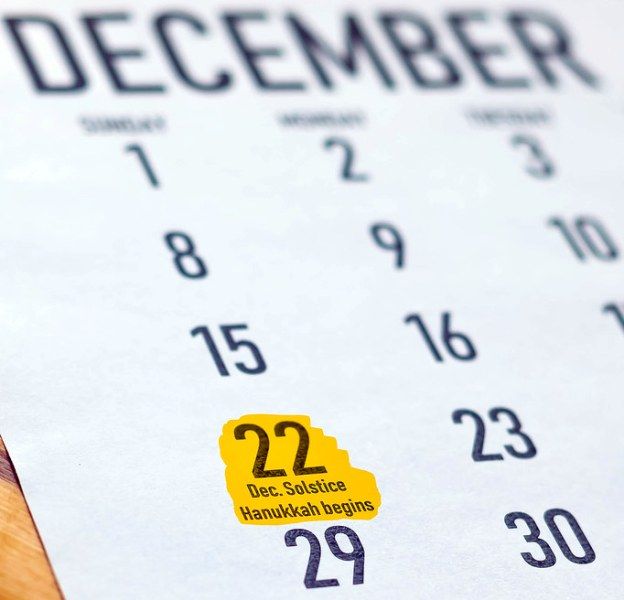 The starting day of Hanukkah varies from year to year, but it usually falls between late November and late December.
Source: BBC, Image: Flickr

13. Celebrate the Festival with Dedication

Well! It’s the literal meaning of the festival; as in Hebrew, Hanukkah corresponds to ‘Dedication.’
Source: britannica.com, Image: obamawhitehouse.archives.gov

14. One Festival, Many Spellings

For gleaming candles everywhere, the festival has earned the tag of the ‘Festival of Lights.’
Source: whychristmas.com, Image: Wikimedia

For food lovers, Hanukkah is a great time to have delicious food such as latkes (which are a kind of potato fritter), pancakes, and doughnuts.
Source: delish.com, Image: Wikimedia

17. A Celebration of Murder!

You read it right; Hanukkah is a celebration of murder. According to the story, Judith, a beautiful widow, fed General Holofernes with salty cheese, which made him thirsty and resulted in him drinking a lot of wine. This made him drowsy, and she was able to decapitate him. This frightened Holoferne’s troops, and in the aftermath, they fled to Maccabees. This was one of the reasons that Hanukkah was earlier celebrated by eating cheese before potato gained popularity.
Source: caravaggio.org, Image: Wikimedia

While “gelts,” a Yiddish term for coins, have been a significant part of Hanukkah observance for centuries, chocolate gelts are the new tradition. Reportedly, it was America’s Loft candy company that started making chocolate gelts in the 1920s.
Source: myjewishlearning.com, Image: Flickr

When the famous Hollywood star converted to Judaism before marrying Jewish playwright, Arthur Miller, she received a menorah as a conversion gift from her future mother-in-law.
Source: myjewishlearning.com

Krishna - January 5, 2017
0
The Atlas Mountains Range consists of mountain peaks that run along the north-western portion of the African continent, extending through modern day Morocco, Algeria,...