Thinking of Afghanistan, we could hardly visualize anything beautiful, but war. For a decade and more, this nation has ruled the news features for everything awful. The name Afghanistan has been synonymous with the terms like Taliban and terrorism. Afghanistan has been the focal point of numerous strong and powerful realms for as far back as 2,000 years.  Though Afghanistan has spent the most recent 3 decades in the news for all the wrong reasons, after going through the following facts, you will realize that the country is much more than just a war zone. Here are some interesting facts about Afghanistan: 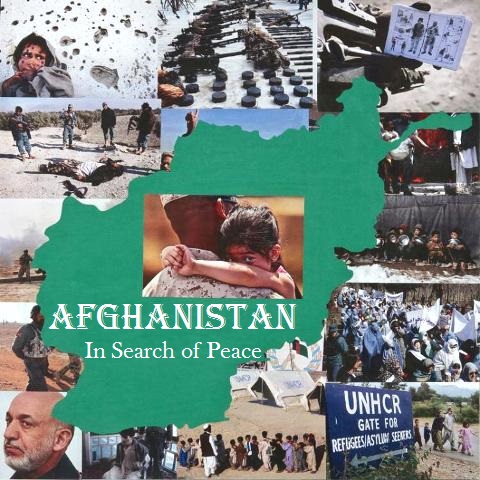 1. Poetry, a Strong Part of the Culture 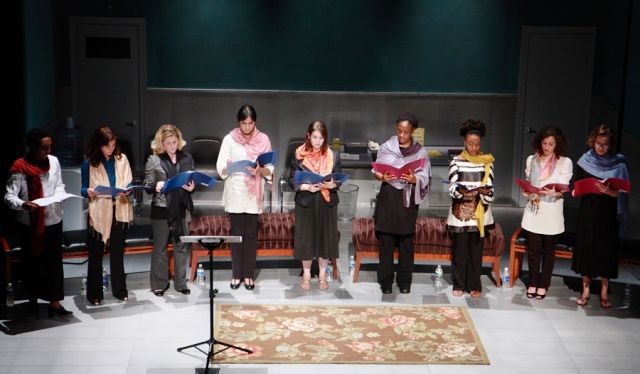 Poetry is a special part of Afghan culture. Afghans have conveyed their stories in poetry for over 1,000 years. The night of Thursday is regarded “poetry night” in the western city of Herat where men, women & children meet to communicate ancient & modern poetry and listen to the traditional music of Herati and enjoy drinking sweet tea & pastries all night long.
Source: bbc.co.uk, Image: urbantimes.co

Afghanistan’s national sport is termed as “Buzkashi” or “goat-grabbing.” It is regarded as the wildest game in the world; it requires riders on horseback to compete to catch a goat body, and ride ahead of the others and drop it in a marked circle.
Source: bbc.co.uk, image: wikimedia.org 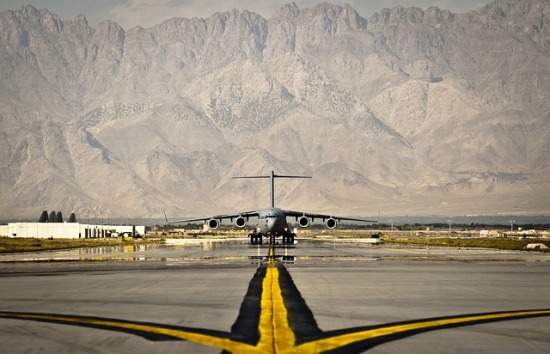 Kandahar airfield situated in the Southern Afghanistan is known to be the World’s single busiest runway airstrip. It is also the location where NATO has its first full air traffic facility in a country not listed in NATO.
Source: bbc.co.uk, Image: qph.ec.quoracdn.net

Do you know ‘Afghanis’ is the currency, not the people? People there are actually called Afghans.
Source: bbc.co.uk, image: wikimedia.org

6. The Signature Food of Afghanistan! 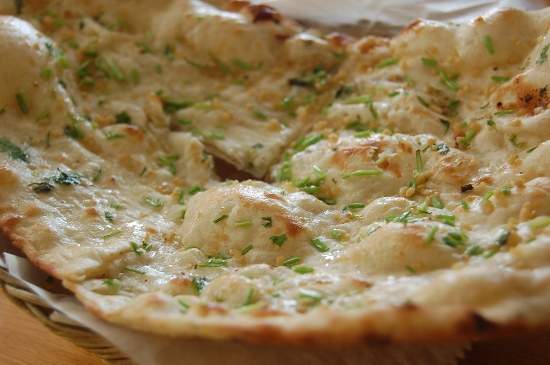 Meal in Afghanistan is incomplete with no ‘naan,’ which is flat, unleavened bread.
Source: lifestyle.iloveindia.com, image: Flickr 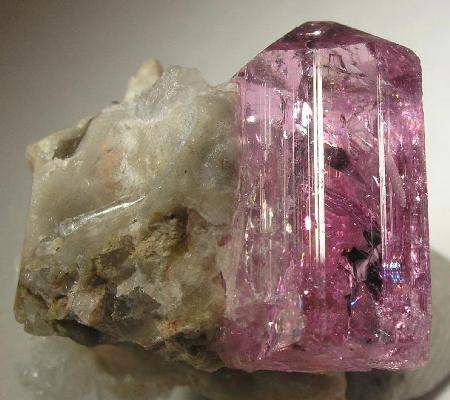 8. The land of Opium 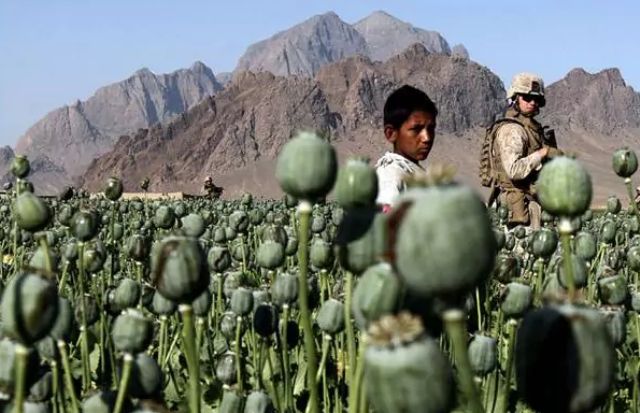 Opium is the largest & fastest growing produce in Afghanistan. Between 80 and 90 percent of the heroin sold in Europe comes from opium grown in Afghanistan.
Source:gowierdfacts.com, Image: i.telegraph.co.uk 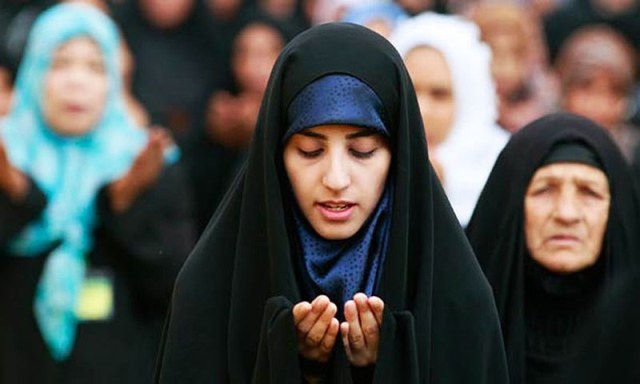 Almost 99% of the Afghan inhabitants are Muslims. The rest 1% of the populace includes Hindus, Sikhs, and Jews.
Source:gowierdfacts.com, Image: dawn.com 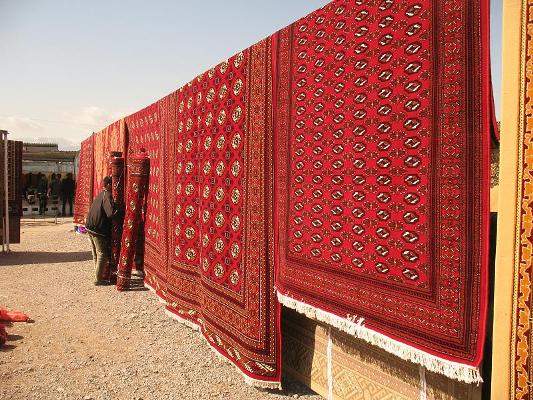 Afghan produces rugs that are very popular around the world.
Source:gowierdfacts.com, image: wikimedia.org

11. Second Tallest in the World

The minaret of Jam in Afghanistan is the second tallest minaret in the world.
Source:gowierdfacts.com, image: wikimedia.org 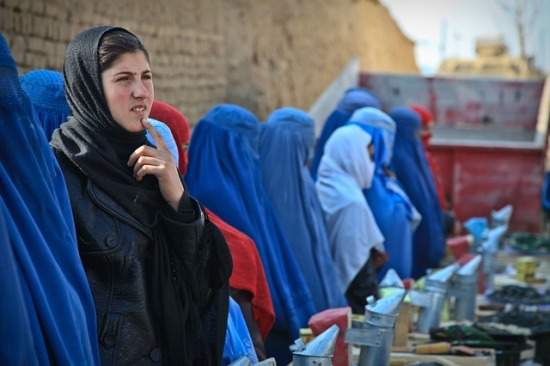 Women and men will never shake hands let alone speak directly to one another. Wearing skirts, sleeveless are a strict no-no in Afghanistan.
Source:gowierdfacts.com, Image: wixstatic.com

13. Home to the Mighty Hindu Kush!

Afghanistan is home to the famous Hindu Kush, (It is an 800-kilometre-long mountain range that extends connecting the central Afghanistan & the northern Pakistan) which rises over 18,000 feet.
Source: wikitravel.org, image: wikimedia.org 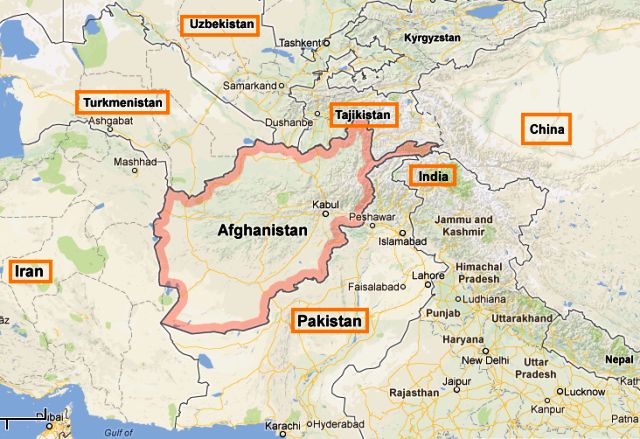 Afghanistan shares border with as many as six countries, namely Iran, Pakistan, Tajikistan, China, Uzbekistan, and Turkmenistan, making it a landlocked nation that has no water boundaries
Source: wikitravel.org, Image: csrskabul.com 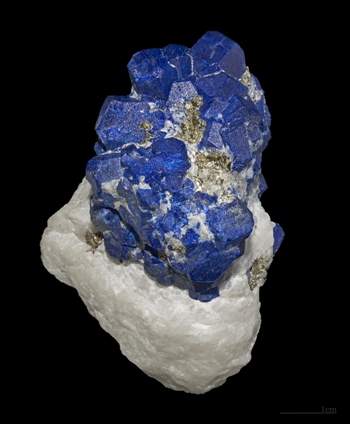 Afghanistan is rich in a vibrant blue stone, called lapis lazuli, which has been used to beautify the tomb of Tutankhamen, the Egyptian king.
Source: quora.com, image: wikimedia.org 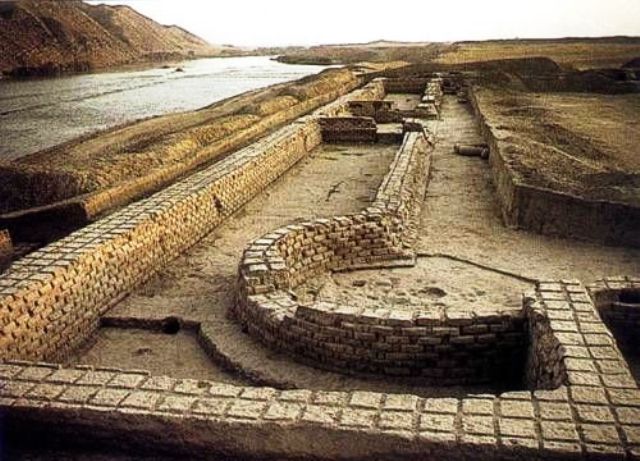 In around 400 BC the Greeks constructed a City at Ai Khanoum, situated in northern Afghanistan, which had one gymnasium, and a theater. The monument had devotions in Greek towards Hercules & Herakles and also had a big figurine to Zeus. It is a Heritage site there.
Source: quora.com, Image: pinimg.com 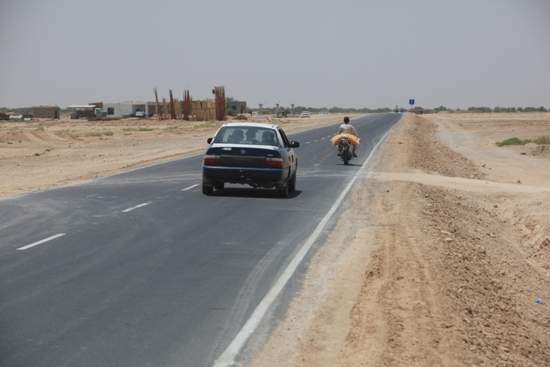 Similar to the Americans, Afghans too, steer on the right-hand section of the road.
Source: quora.com, image: wikimedia.org

20. Have tea after Palau 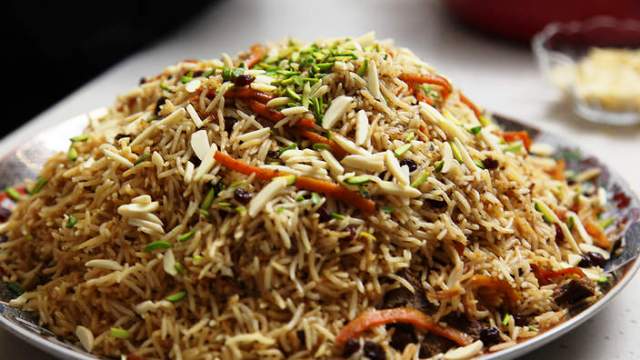 Afghans like to have their favorite drink Tea, after their popular meal Palau, which is made from rice, sheep and goat meats, and fruit.
Source: quora.com, Image: sbs.com.au

22. A new Democracy Still in Trouble

Afghanistan is a newly created democracy. Under the new constitution of the country, the President & two Vice Presidents are elected every five years. The International Security Force Assistance assists the government in maintaining peace & rebuilding the country. However, there still are issues with the Taliban and internal security.
Source: quora.com

23. One of the least Developed Countries

Afghanistan is considered one of the least developed countries and also one of the world’s poorest owing to the years of war & being short of foreign investments. With a GDP of about $29 billion, Afghanistan has an exchange rate of $18 billion, with about $1,000 as the GDP per capita.
Source: quora.com

Most of the times, Afghanistan is ranked at the bottom in the list of Human Development Index.
Source: quora.com

According to reports, only 28.1% of the entire population over the age of 15 is educated in Afghanistan which means that about 71.9% of adults are incompetent of even the basic reading & writing skills.
Source: borgenproject.org

Shukla Sundeep - August 13, 2015
0
Charlie Sheen is an American actor, popularly known for his roles in movies like Platoon, The Three Musketeers, Wall Street; and TV roles in...