Since the bark of the new millennium, India has been emerging as a harbinger of the Southeast countries. Whether it’s science & technology, art & culture, or socio-economy, India is imparting its impression on every front, and when it comes to inspiring stories, the country is full of many. One such story is of Arunachalam Muruganantham, a school dropout from a poor weavers family in southern India. He has brought a revolutionary change to menstrual health for rural women, not just only in India, but in many other developing countries by inventing a sophisticated machine they can use to manufacture low-cost sanitary pads. Here are some interesting facts about Arunachalam Muruganantham worth knowing: 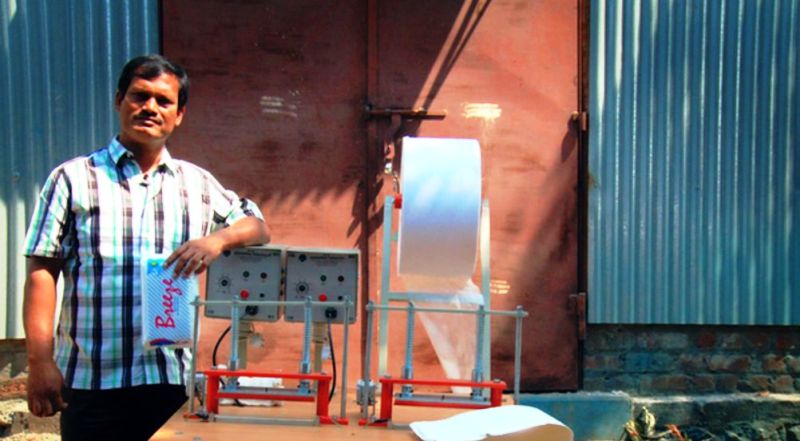 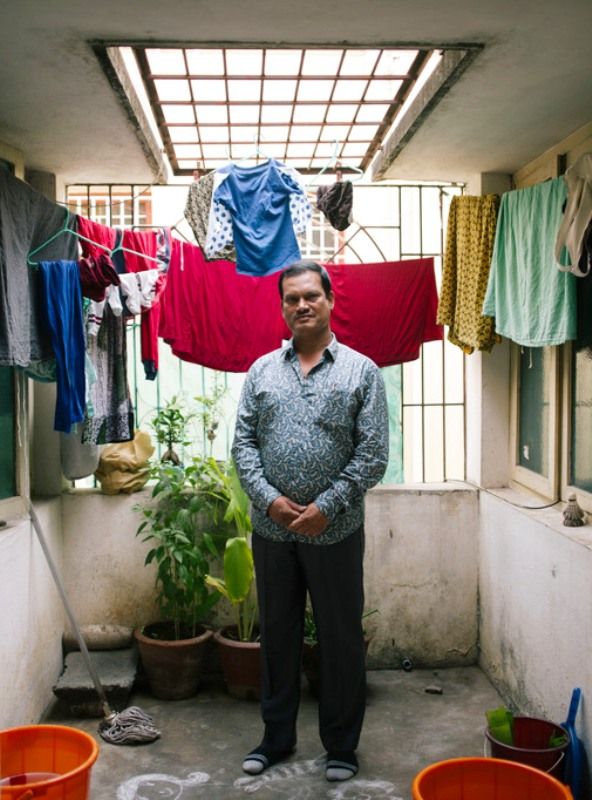 Born into a family of hand-loom weavers in Coimbatore, India, Muruganantham, while he was still a child, lost his father, S. Arunachalam (a hand-loom weaver) in a road accident. His family got trapped in poverty as his father was the only bread-winner for the family, and to help in his studies, his mother took the baton and started working as a farm laborer.

2. A Struggle for Subsistence! 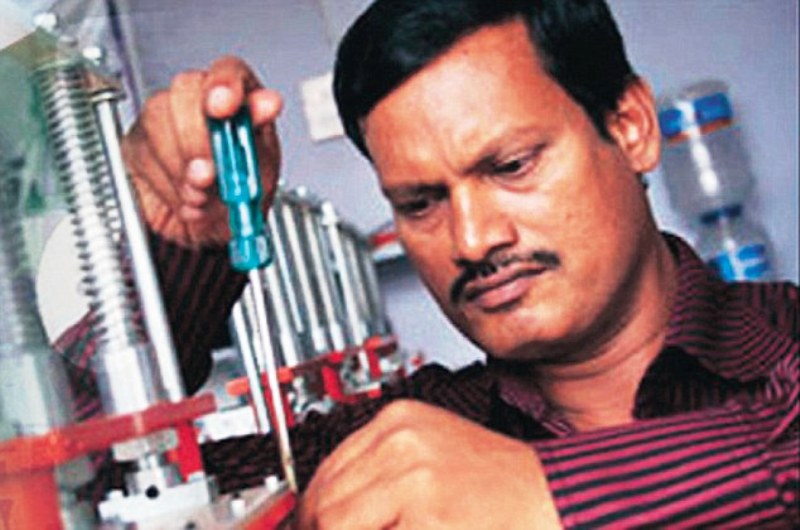 After his father’s demise, he couldn’t withstand his mother’s misery for long and dropped out of school at the age of 14. After that, he did odd jobs of a machine tool operator, a farm laborer, a welder, etc. 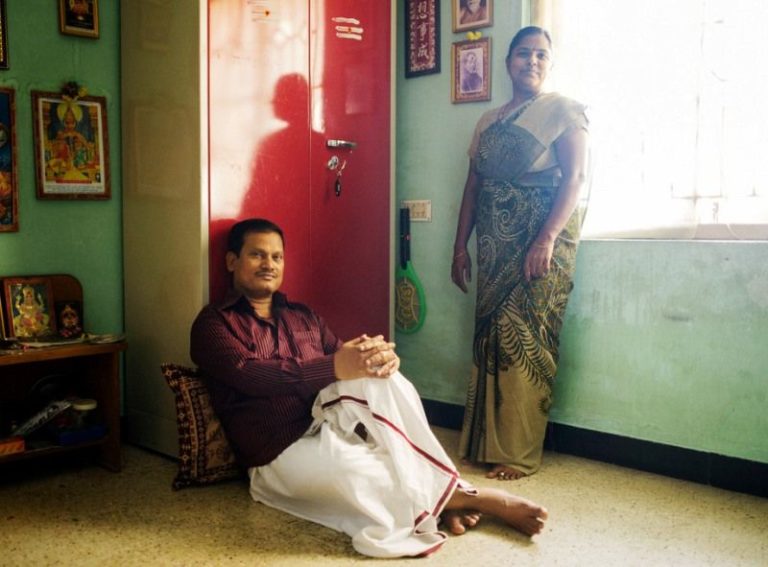 It’s neither a satire nor a joke; it’s a fact in the case of Arunachalam Muruganantham. It all started after his marriage to Shanthi in 1998, when he noticed his wife hiding something from him, and when he found that those were old rags used by his wife as sanitary pads during her menstruation (as she found commercial sanitary pads available in the market too expensive to afford by her family), Muruganantham gifted her a sanitary pad made by himself, and asked her to test it. However, her feedback was negative, and she continued using old rags.

4. The Making of a Menstrual Man! 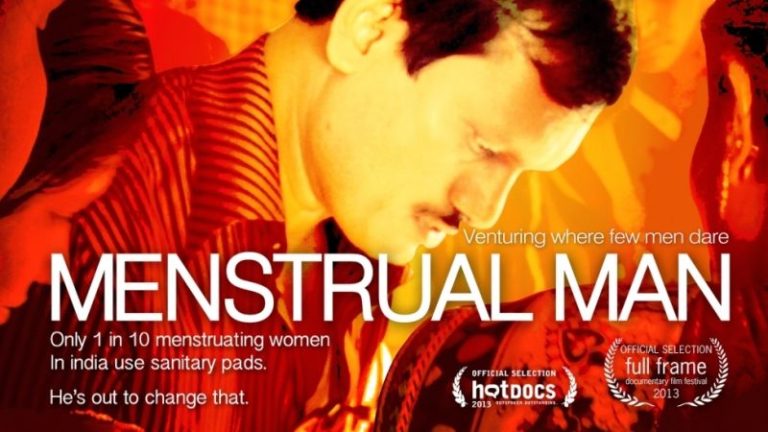 Pondering on the difference between his pads and the commercial ones, Muruganantham started experimenting with different materials. He needed more female volunteers to test his prototype as every time he had to wait a month before his wife could test each new prototype. He approached female students of a local medical college close to his village. Most of them rejected his offer, and some of them, who actually tested his pads, were too shy to give detailed feedback. Left with no alternative, he decided to test the pads himself. He created a “uterus” from a football bladder and filling it with goat’s blood. He walked, ran and cycled with the artificial uterus under his clothes to test the absorption rates of his sanitary pads. Inspired by his story, a prize-winning documentary- Menstrual Man was made by Amit Virmani. 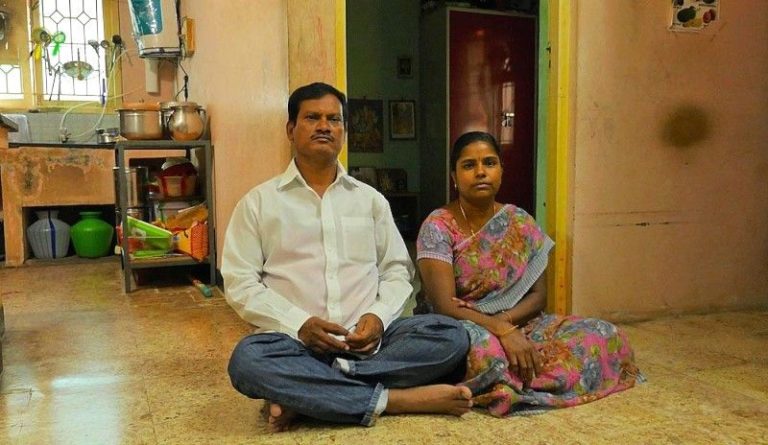 The foul-rotten smell coming out of his clothes led people boycotting him. Everyone thought he’d gone mad. First, his wife left him, then his mother, and then everyone else. He had become a pervert, and his village ostracized him. In an interview, Muruganantham said- “My wife gone, my mum gone, ostracised by my village” he says. “I was left all alone in life.” Still, he continued his efforts making affordable sanitary pads.

6. When he found his Magic Material! 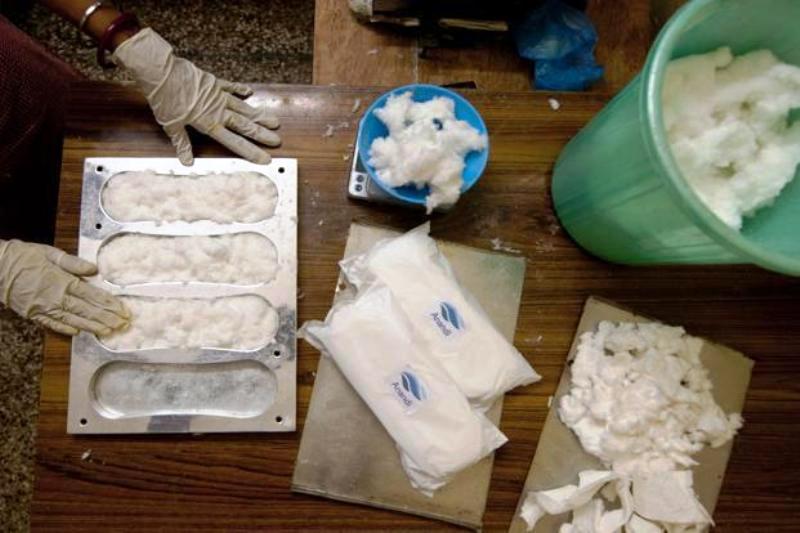 It was after 2 years and 3 months that he discovered what sanitary pads were made of- Cellulose, from the bark of a tree. In the process, he had to spend almost 7,000 rupees on telephone calls and took the help of a college professor writing to multinational companies, as his English was not good. 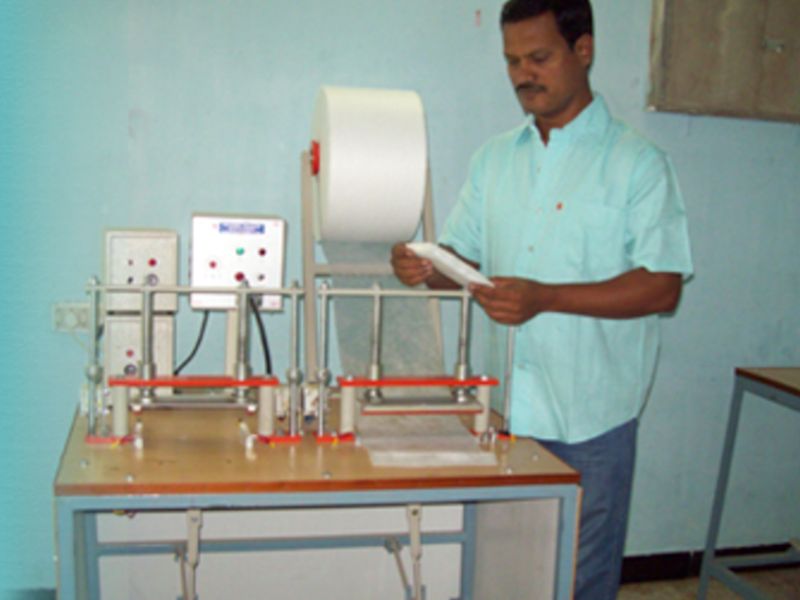 After a 4-and-a-half year of experiments, he came out with a low-cost method for the production of sanitary towels. 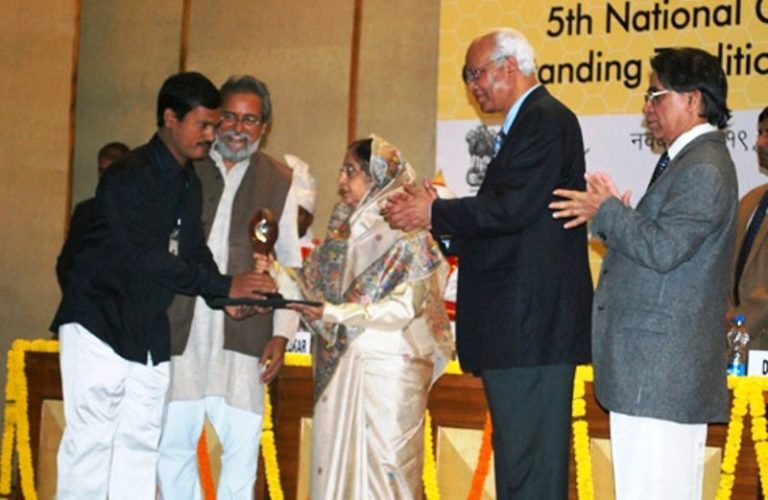 When he showed his first model (mostly made of wood) to the scientists of IIT Madras, they entered his machine in a competition for a National Innovation Award, where his model came first among 943 entries. The then President of India, Pratibha Patil awarded him for his innovation.

9. Not a Typical Businessman! 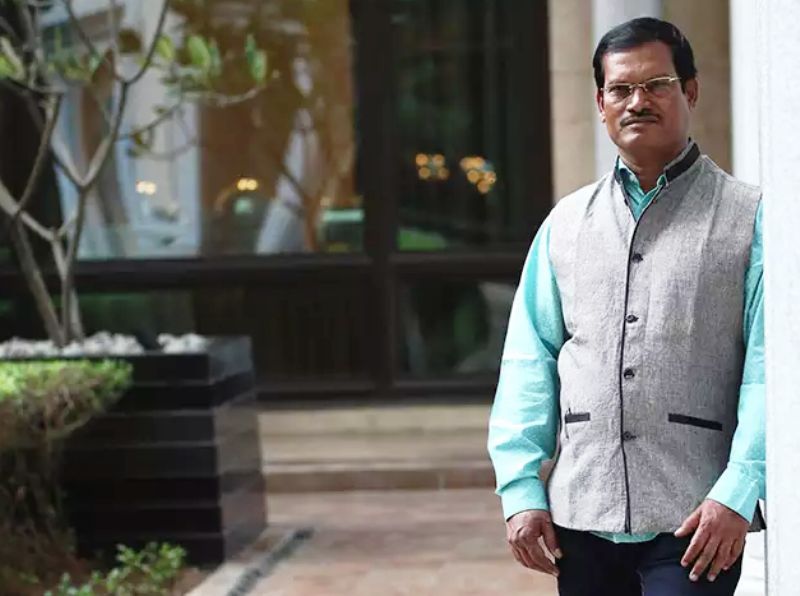 After his machine came out in the limelight, he was set for fame and fortune, but he wasn’t after profit. He had patent rights to the only machine in the world to make low-cost sanitary napkins. Anyone with a degree in Business Administration would immediately accumulate the maximum money. 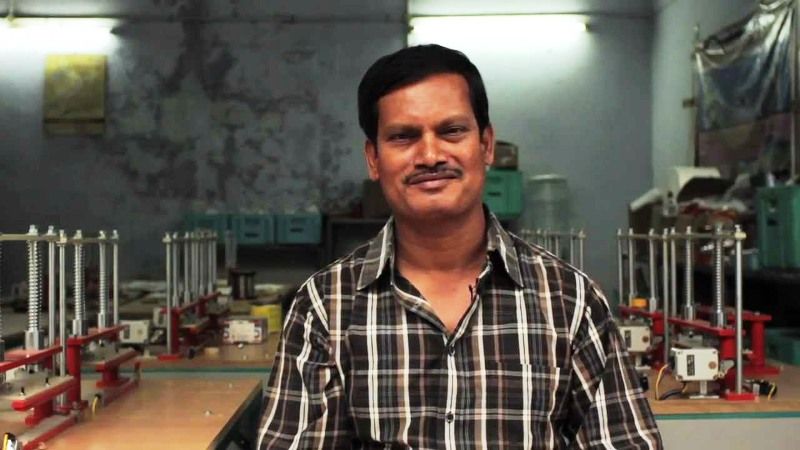 After reaching out to the most underdeveloped and poorest states in India, his business is expanding to 106 countries across the globe, including Mauritius, Kenya, Nigeria, Bangladesh, and the Philippines.

11. Quite a Productive Machine! 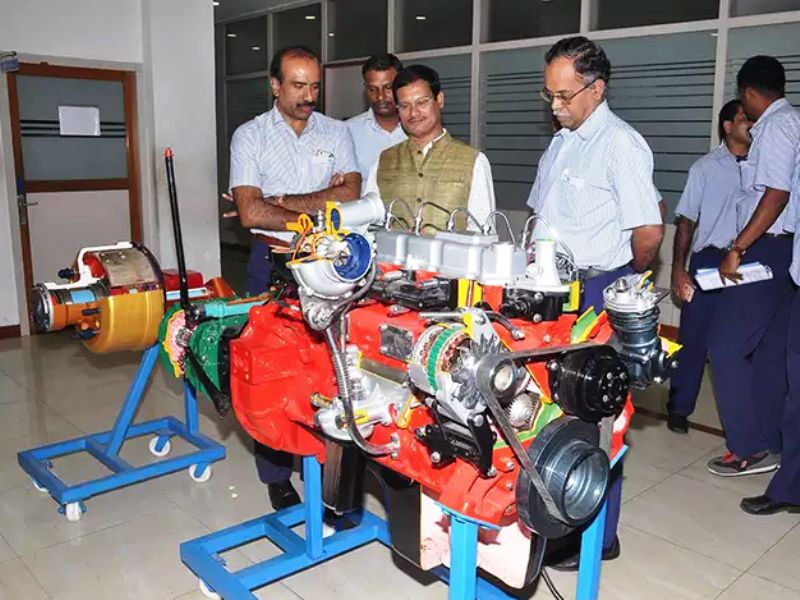 Muruganantham has traversed a journey from being a school-dropout to a social entrepreneur. He has also given lectures at many prestigious institutions including the Harvard.

He has also appeared as a speaker at TED Talks.

In 2014, the Time Magazine placed him on its list of 100 Most Influential People in the World. 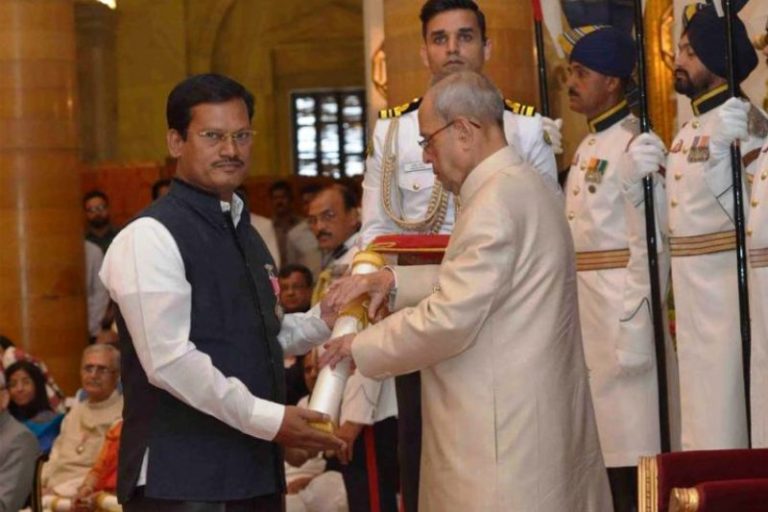 In 2016, the Government of India honored him with Padma Shri, India’s 4th highest civilian award.

In 2018, Muruganantham’s story was featured in a Bollywood film titled “Padman.”

17. A Fight Against Taboos! 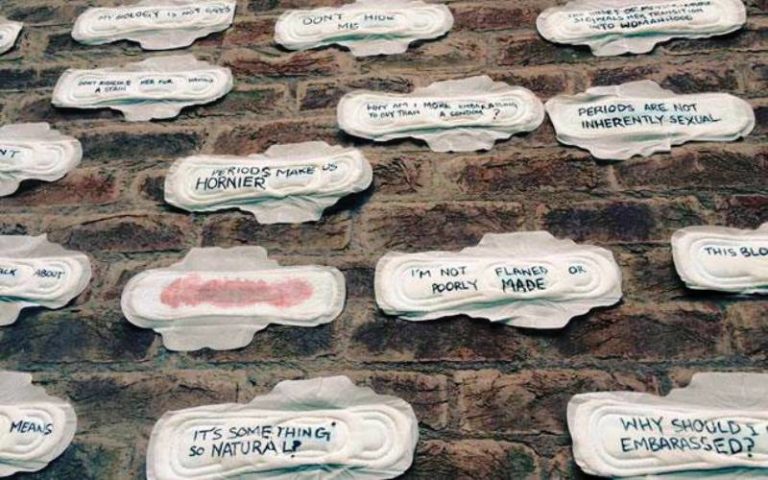 His mission is not just to make affordable sanitary pads, but also to eradicate India’s taboos around menstruation- women can’t visit public places or temples, they are not allowed to touch the water supply or cook- in fact, they are considered untouchables. 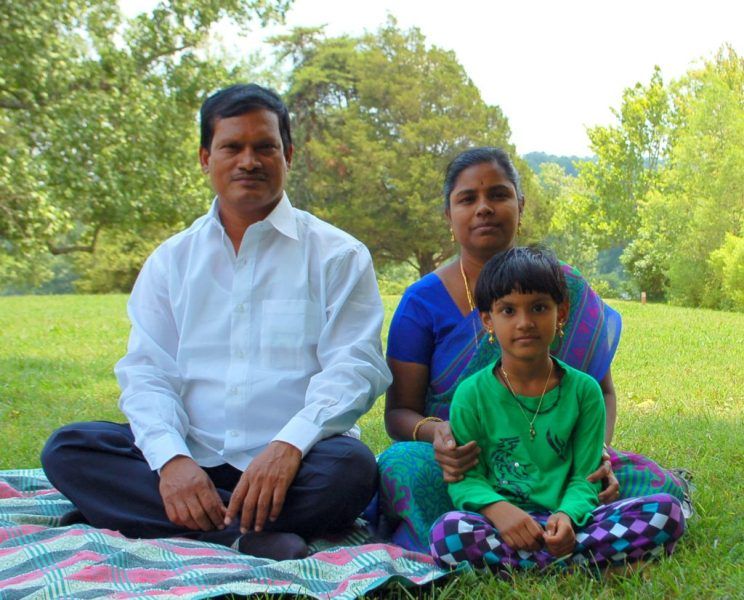 Muruganantham lives with his family in a modest apartment. He says that he has no desire to pile-up fortunes as he says- “If you get rich, you have an apartment with an extra bedroom – and then you die.”