Firm in his political convictions and a man of the masses- Atal Bihari Vajpayee is still considered the most beloved politician in India. He was widely respected as a statesman both within the country and abroad. His charismatic personality has a lot more other things worth knowing. Here are some interesting facts about this erudite politician: 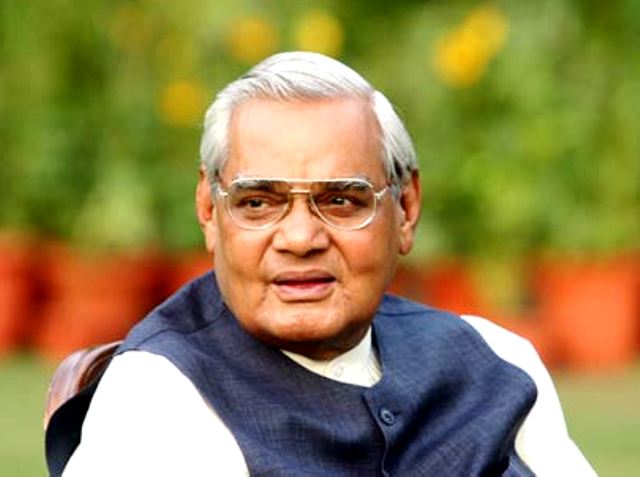 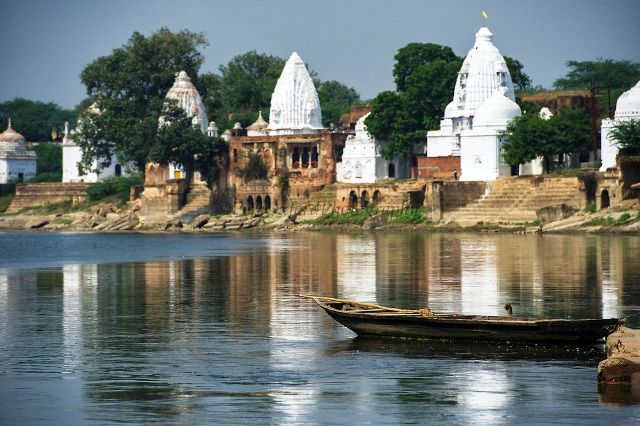 His ancestral village is in Bateshwar, Agra. His grandfather, Pandit Shyam Lal Vajpayee, had migrated to Morena in Madhya Pradesh from Bateshwar.
Source: Wikipedia, Image: photoshelter.com

He was a bright student and had been awarded a first class Post Graduate Degree in Political Science.
Source: ataljee.org 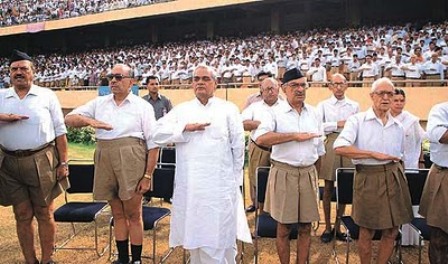 Before joining Rashtriya Swayam Sewak Sangh (RSS), Atal was inclined towards communism and after being influenced by Babasaheb Apte, he joined RSS in 1939 and in 1947, he became a Pracharak of RSS (technically a full-time worker).
Source: timesofindia.indiatimes.com, Image: samvada.org

In 1942, Atal was arrested, along with elder brother Prem, for 23 days for participating in Quit India Movement against the British Government in India.
Source: pmindia.gov.in

6. His Father Was His Classmate!

He and his father went to the same Law College (DAV College in Kanpur) together for their Law studies and they even shared the same room in the hostel.
Source: theforthright.com 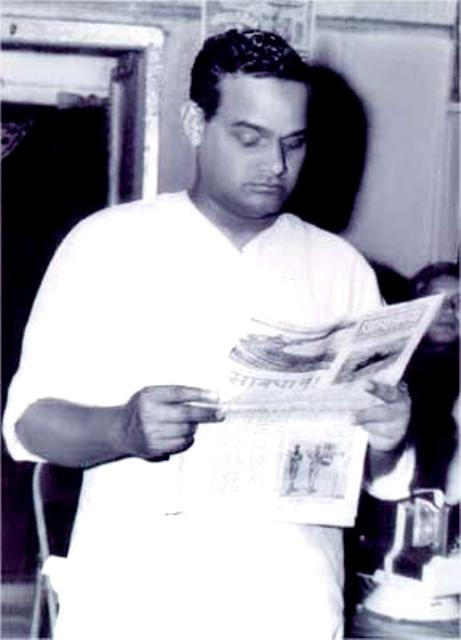 Atal was greatly fascinated with journalism and was always eager to become a journalist. His dream to become a journalist came true when he was sent to Uttar Pradesh to work for Deendayal Upadhyaya’s newspapers- Rashtradharma (a Hindi monthly), Panchjanya (a Hindi weekly) and the dailies Veer Arjun & Swadesh.
Source: Wikipedia, Image: mansh.mobi 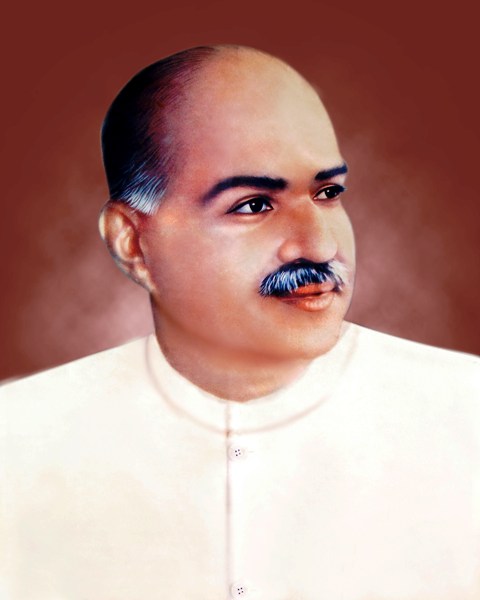 He was an ardent follower of Shyama Prasad Mukherjee (founder of the Bhartiya Jana Sangh) and went on a fast-unto-death along with him in 1953 to protest against the law of carrying a permit to visit Kashmir. Atal was shattered when Mukherjee died during the protest.
Source: ataljee.org, Image: politicalmirror.com

9. Entry Into The Parliament!

In the 2nd General Elections of 1957, he contested for the first time from two constituencies- Mathura and Balrampur in Uttar Pradesh. He lost the Mathura seat to Raja Mahendra Pratap but won the Balrampur seat.
Source: Wikipedia

10. What A Guess By Jawaharlal Nehru! 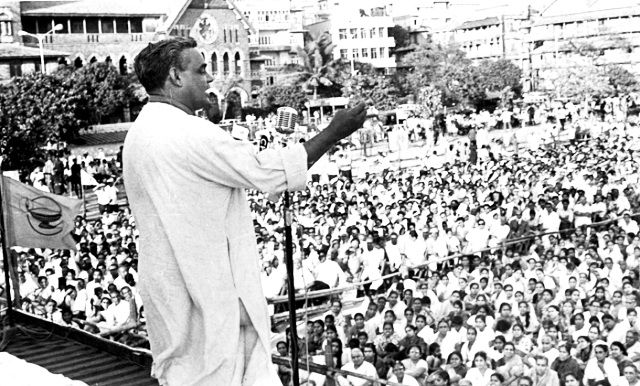 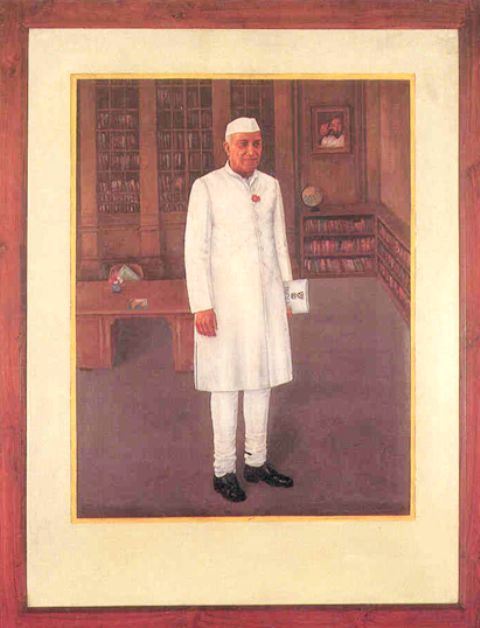 In 1977, he was appointed the External Affairs Minister in the Morarji Desai Government and when he entered the office of Ministry of External Affairs in the South Block, he found the portrait of Jawaharlal Nehru was missing and then he said to the staff- I want it back.
Source: topyaps.com, Image: Lok Sabha

12. First Ever To Speak In Hindi At The United Nations! 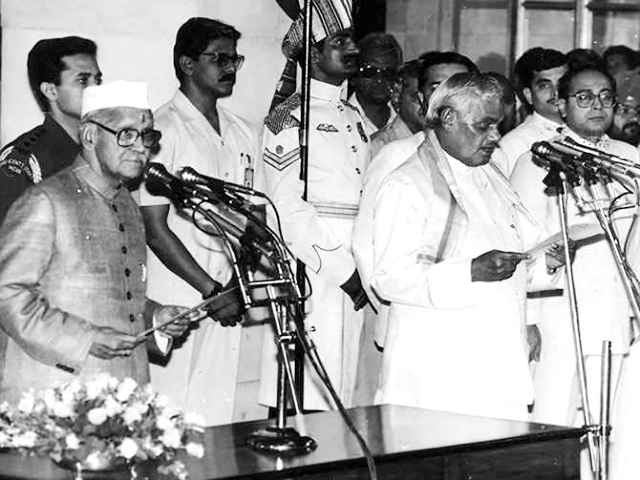 14. He Made India A Nuclear Power State! 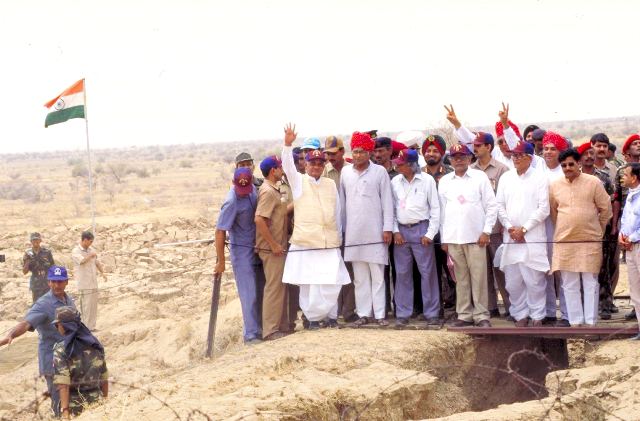 On 13 May 1998, he led the successful nuclear test named- Operation Shakti at Pokhran in Rajasthan and put India in the league of the world’s elite nuclear club.
Source: Wikipedia, Image: dnaindia.com 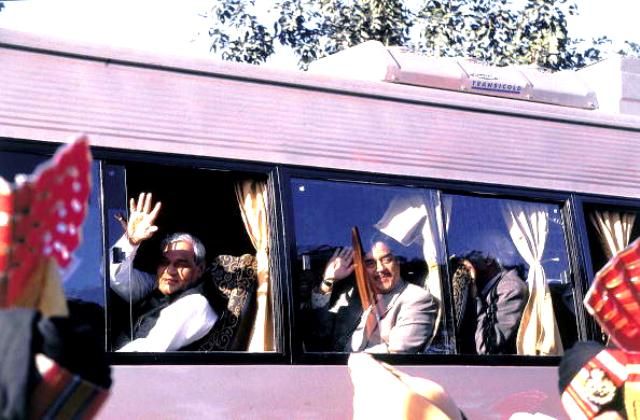 In order to build a strong relationship with Pakistan, he took a bus journey named- Sada-e-Sarhad to Lahore on 19 February 1999.
Source: Wikipedia, Image: wsj.net

16. When He Suffered A Stroke! 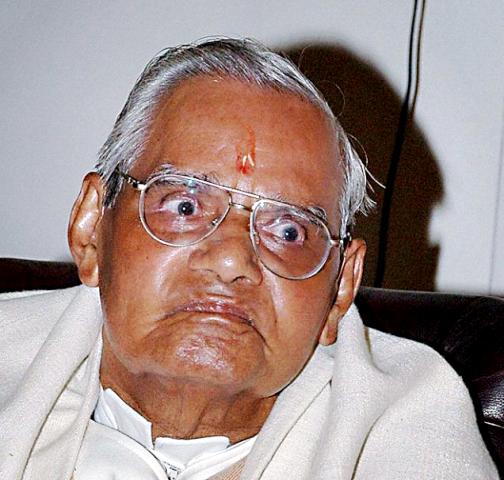 His health started deteriorating in late 2000, He underwent a knee replacement surgery in 2001 and suffered a stroke in 2009, which impaired his speech.
Source: Wikipedia, image: thehindu.com

Besides being the most revered and beloved politician in India, he is the only Parliamentarian to be elected from 4 different Indian States- Uttar Pradesh, Delhi, Madhya Pradesh, and Gujarat.
Source: topyaps.com 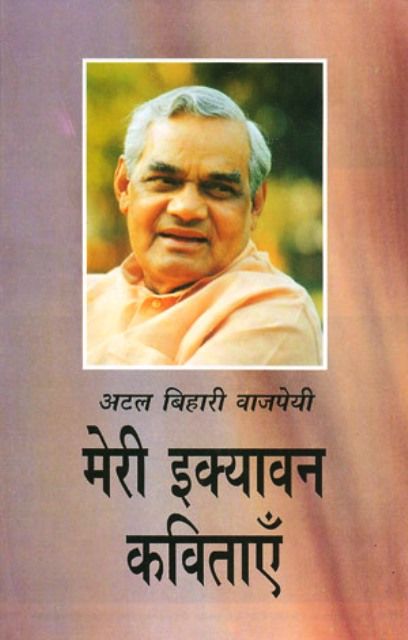 He is considered one of the finest Hindi-poets in India and in an interview, he revealed that he had no interest in politics and would always like to be a poet.
Source: ataljee.org, Image: cloudfront.net 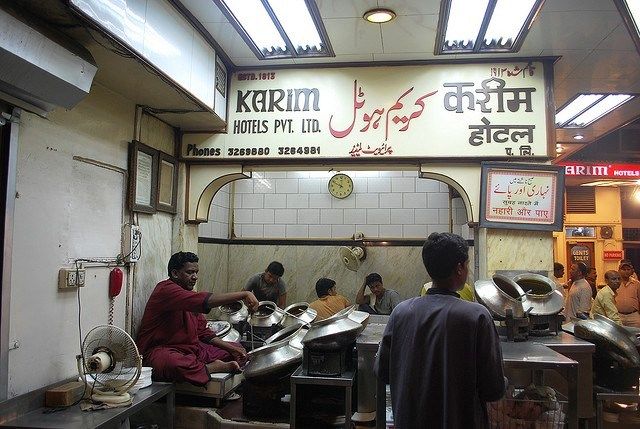 Although he was a Brahmin by birth, he loved non-veg cuisines very much. His favorite non-veg dish was Prawn and favorite restaurant was Karim in Old Delhi.
source: topyaps.com, image: cravebits.com

20. One Of The Longest-Serving Parliamentarians!

He remained an M. P. (Member of Parliament) for 47 years (11 times from Lok Sabha and 2 times from Rajya Sabha).
Source: Wikipedia 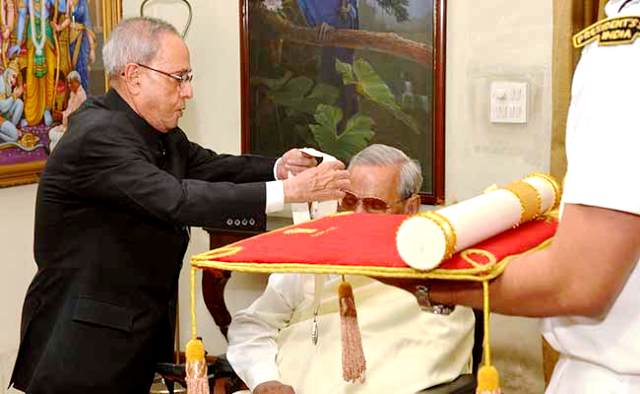 On 25 December 2014, the Government of India announced to honor him with India’s highest Civilian Award- Bharat Ratna and in a special gesture, President of India conferred him the award at his residence on 27 March 2015.
Source: Wikipedia, Image: ndtvimg.com 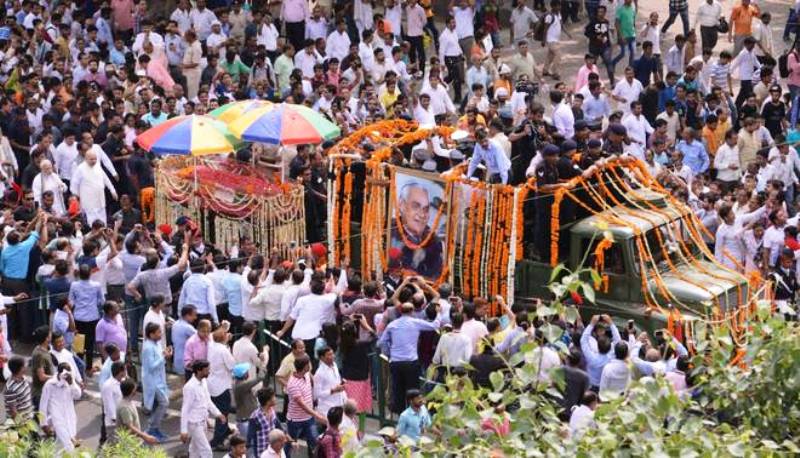 On 16 August 2018, this Gentle Giant faded into the infinity. He was cremated on 17 August 2018 with full state honours in central’s Rashtriya Smriti Sthal on the banks of the Yamuna, the designated spot for the last rites of India’s Presidents, Vice-Presidents, and Prime Ministers.
Source: hindustantimes.com, Image: thehindu.com