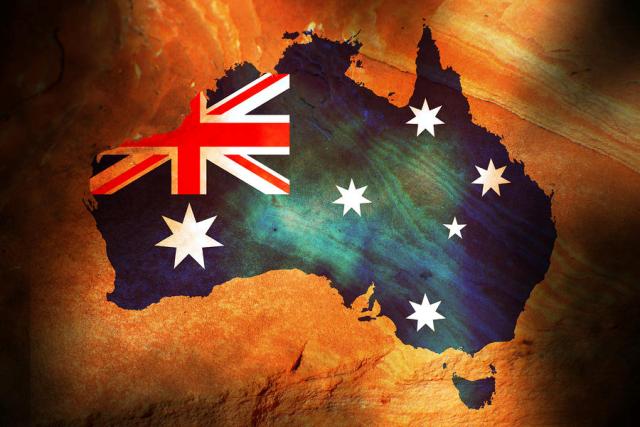 1. From British to Australian Flag! 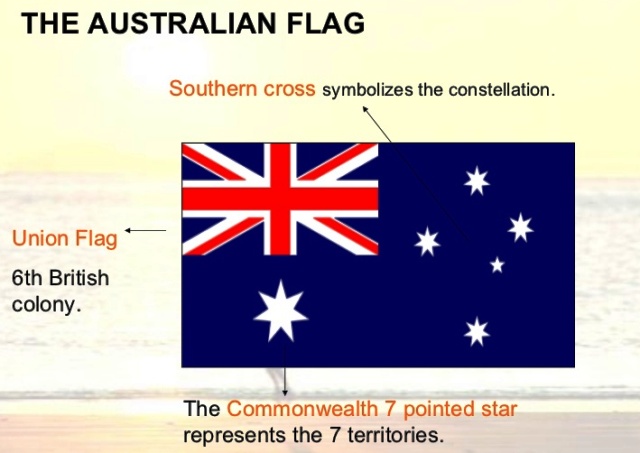 Australia hoisted the British flag Union Jack until its independence in 1901. The first national flag of independent Australia was hoisted on 3 September 1901 at the Royal Exhibition Buildings, Melbourne.
Source: gostudy.com, Image: slidesharecdn.com

The Australian Flag is considered the first and the only flag to be chosen in an open public competition.
Source: ipa.org.au 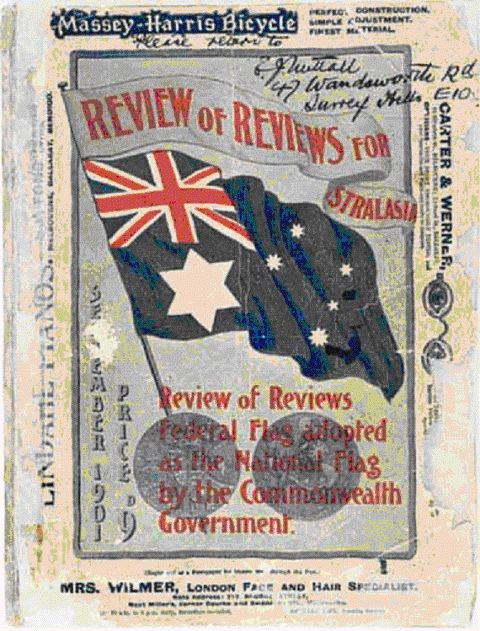 The competition was conducted by Melbourne Herald and the Review of Reviews with prize money of £200, which was a yearly salary of an average worker at that time. It received an enthralling response with nearly 33,000 entries. Arranging all the entries actually took 8 weeks and the competition was judged in 6 days!
Source: study.com, Image: britam.org

Out of all entries, 5 unique and prominent ones were selected as winners. One of them was a Victorian schoolboy.
Source: australianflag.org.au

Guidelines for flying the Australian Flag are laid down in the 1953 Flags Act. The guidelines say that it should be treated with dignity and respect and as the nation’s most important National Symbol. According to the guidelines, while in the Australian territory, it should be flown in a superior position to other flags. The flag must be flown on all government buildings in Australia and should always be flown aloft and free.
Source: Wikipedia 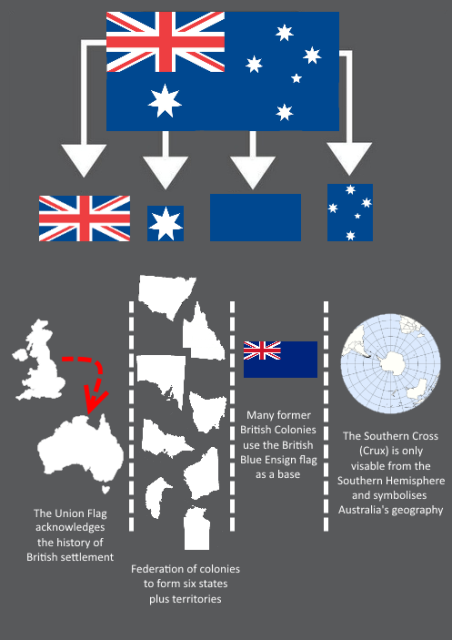 The design of Australian flag is a compilation of three different things:

7. Status of the National Flag

The proclamation of the Australian Flag as a National Flag was made under The Flags Act of 1953.
Source: Wikipedia 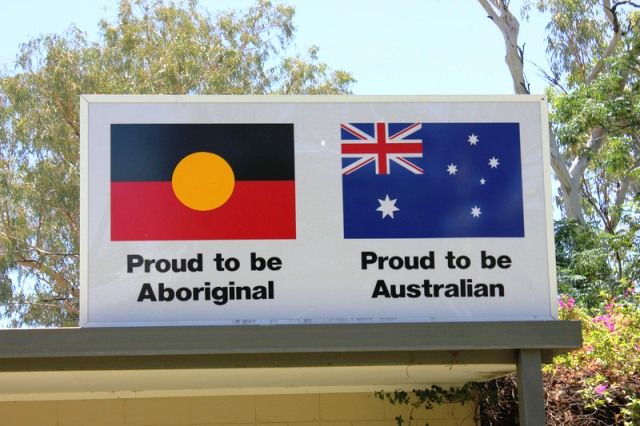 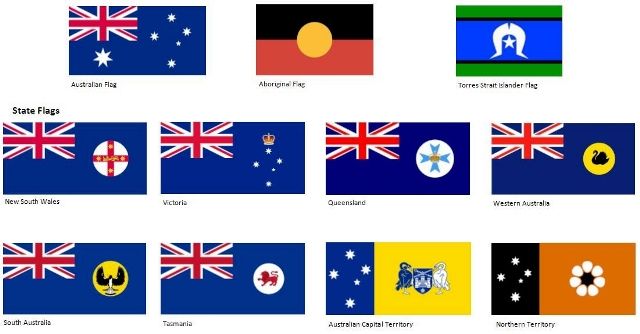 Each State of the Australian continent has its own official State Flag. Also, what sets the Australian territories’ flags apart from its National flag is their free design and deviation from the Blue Ensign.
Source: anbg.gov.au, Image: australiaday.org.au

Australian National Flag has six stars, which represent six States of the country. It also corresponds to the constellation. All the stars are seven-pointed apart from one little star that has five points. The largest star represents the Commonwealth star.
Source: slideshare.net, Image: pinimg.com

Originally all the stars on the flag had six points. The seventh point was added later for the new territories added in 1908.
Source: dltk-kids.com 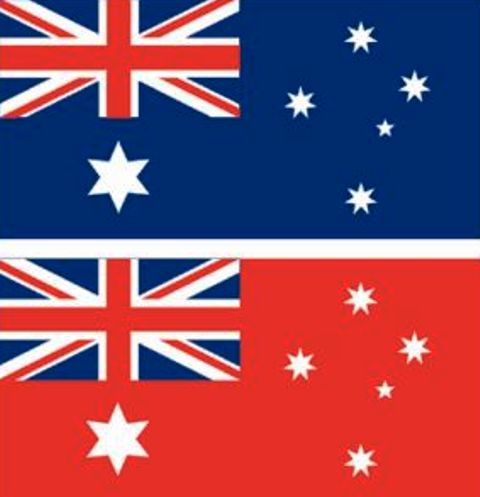 Initially, the Blue Ensign was entitled only for government purposes and the Red Ensign for commercial use. It was only during the Menzies Government in 1953 that the Red Ensign disappeared from the picture.
Source: ausflag.com.au, Image: australiaday.org.au

14. The only Continental Flag!

Not to forget that the Australian national flag is not only the one chosen through an open public competition but also the only national flag to fly over an entire continent.
Source: australianflag.net.au 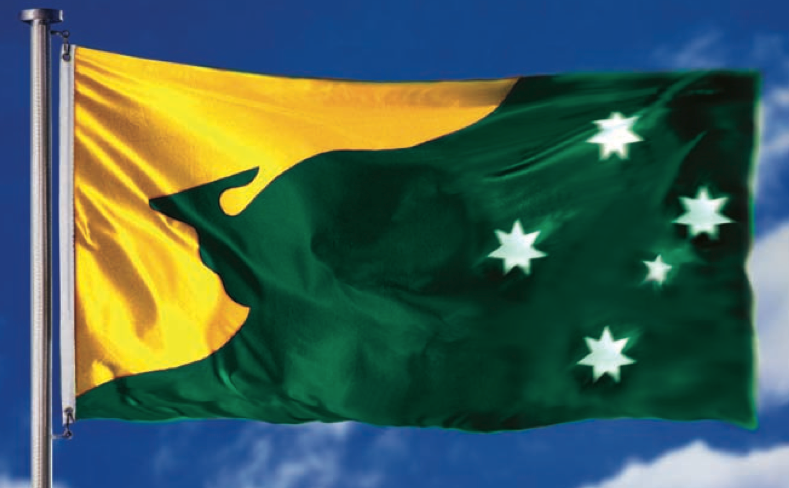 Australian National Flag stands peculiarly in the feature that the national color, that is vibrant green and gold, is nowhere to be spotted in the flag.
Source: gostudy.com.au, Image: sqspcdn.com

16. A Tribute to World War I Soldiers! 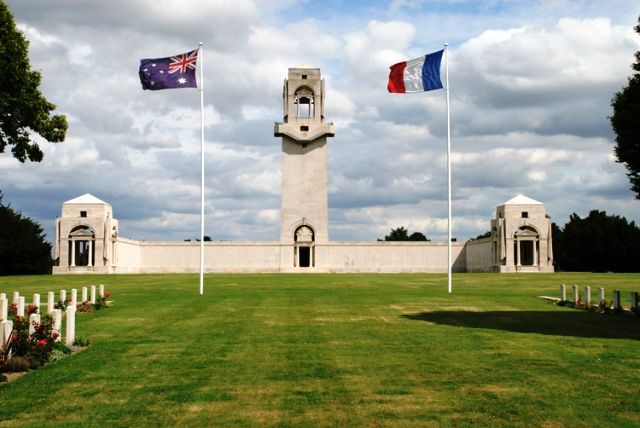 To pay tribute to Australian casualties incurred in liberating their villages in 1917, the Australian National Flag is raised every morning at the school in Villers-Bretonneux in France.
Source: ipa.org.au, Image: battlefieldguiding.com