Who don’t crave for that elongated and curved fleshy fruit called “Banana?” Probably the most popular and the best known tropical fruit, Banana, is considered a “fruit for all.” Besides being extremely nutritious fruit, Banana has many other things worth knowing. Here are some interesting facts about Banana: 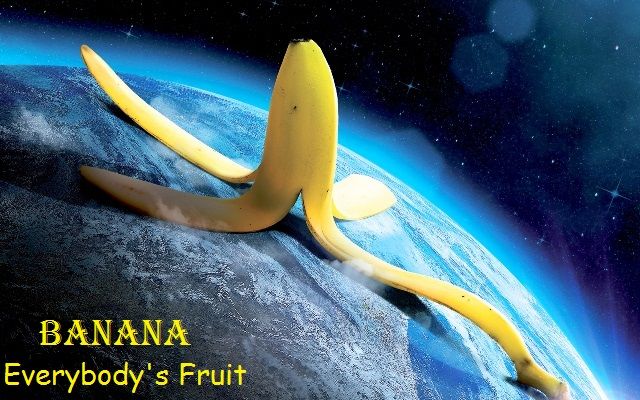 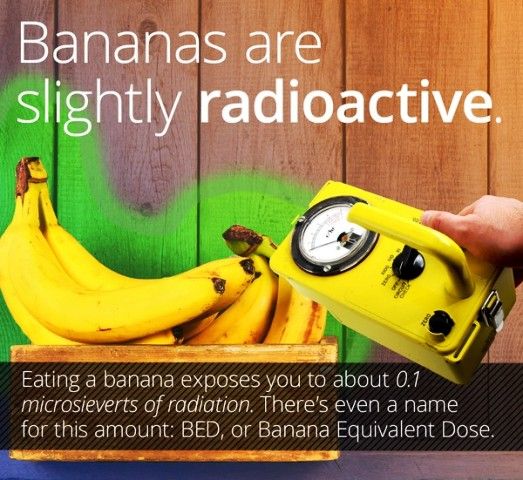 Bananas are rich in Potassium (Potassium-40), which is a radioactive isotope of Potassium. This point is not to scare you but get you aware about the in numerous debates taking place the world over. Discussions concluded positively by saying the radioactivity in bananas is negligible and that can not even compete with the radioactivity present in our body.
So, keep enjoying bananas without any fear.
Source: boingboing.net, image: empoweryourknowledgeandhappytrivia.files.wordpress.com 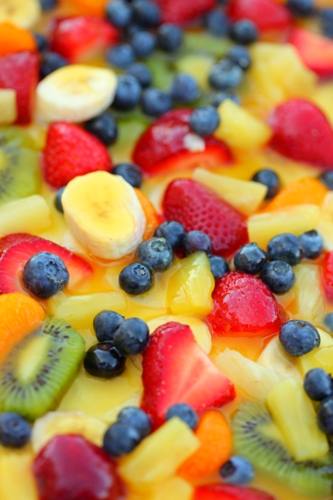 3. Bananas are not found on trees! 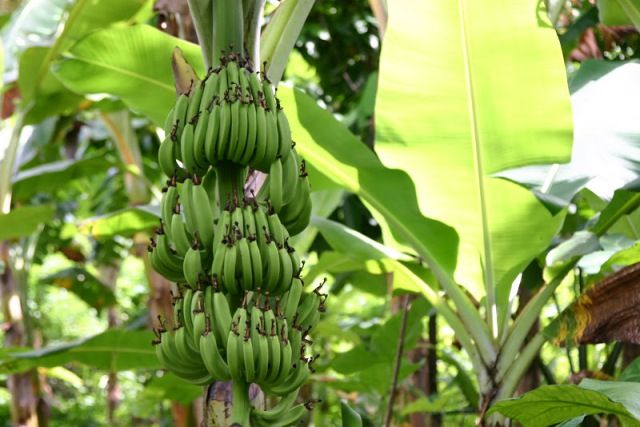 Surprised! Well, it’s a botanical intrigue that Bananas are not found on trees because a Banana plant never grows into a tree instead it grows into a herb. A herb is a plant whose stem is without wood while a tree has a stem of wood. Therefore, the banana tree is not a tree but a herb.
Source: museumvictoris.com.au, image: realestatebaba.com

“Banana Republic” is a term used in political science that describes the political instability in a Latin American country, which is economically dependent upon the exportation of limited-resource products like minerals, Banana, etc.
Source: qi.com

5. The Majority of Banana is Water!

Banana is a rich source of Water as more than 75% of Banana is Water.
Source: www2.ca.uky.edu 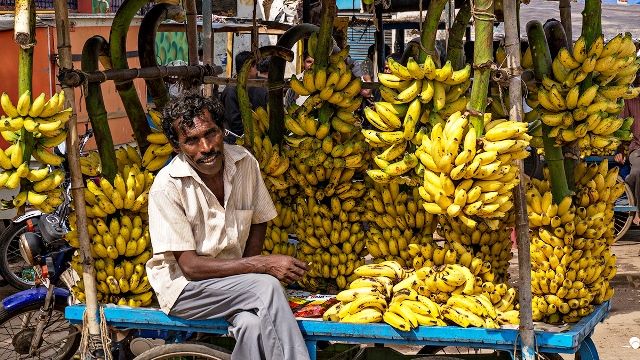 India is world’s largest producer of banana followed by China and Philippine. Banana is considered one of the most popular agricultural practices in India.
Source: whichcountry.co, image: dmorg.org 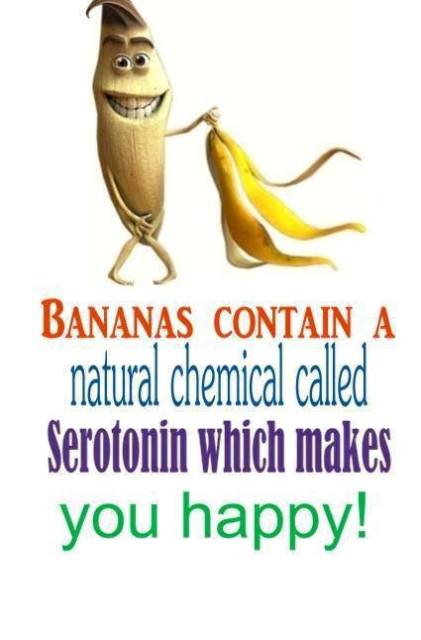 A banana is considered a natural mood booster. Depressed people are said to be low on Serotonin and bananas are a cheap source of Serotonin, amino acid, and Vitamin B6.
Source: todayifoundout.com, image: naturallynourishing.com 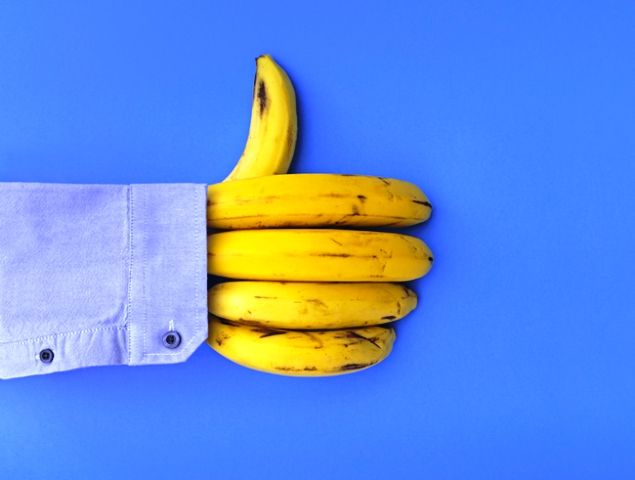 The word “Banana” has been derived from an Arabic word “Banan” that means finger in Arabic. And, of course, they have given it a thoughtful name as the fruit resembles a finger.
Source: bananalink.org.uk, image: giveitlove.com

Apart from a headache buster, the banana is used as a repellent for itching caused due to bug biting. Banana is also used as a skin rejuvenator and lets your skin remain youthful for a long time.
Source: bitrebels.com, image: lifetimestyles.com 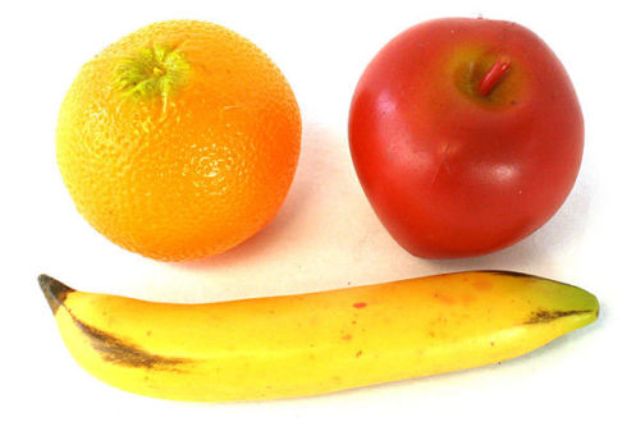 Banana is considered the third most popular fruit in the world after apples and oranges. And in America, average Americans eat more bananas than apples or oranges.
Source: healthyeating.sfgate.com, image: g02.s.alicdn.com

The richness of nutrients and vitamins in banana make it a natural healer in various kinds of body ailments. It is one good digestive fruit and as immunity becomes weak during sickness, it boosts immunity also. It relieves of morning sickness and is a good stabilizer of blood sugar as well as blood pressure.
Source: sweetsfood.com 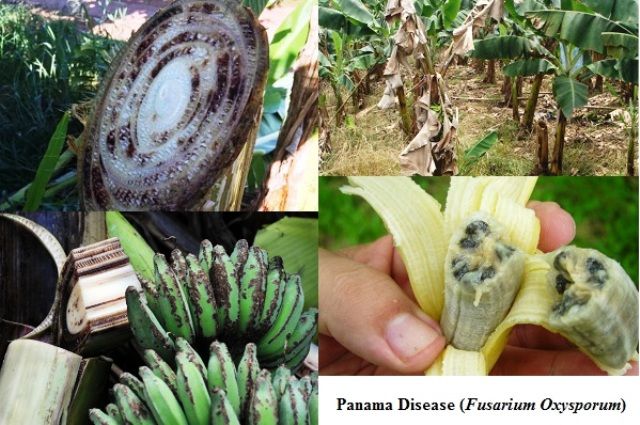 Although it boosts your immunity, bananas are also prone to some sort of diseases. A deadly fungal disease called “Panama Disease” threatens the banana cultivation in all parts of the world. An infectious agent “Fusarium Soil Fungus” enters the banana root via the water stream that finally results in the wilting of the banana plant.
Source: bananalink.org.uk, image: blog-imgs-94.fc2.com 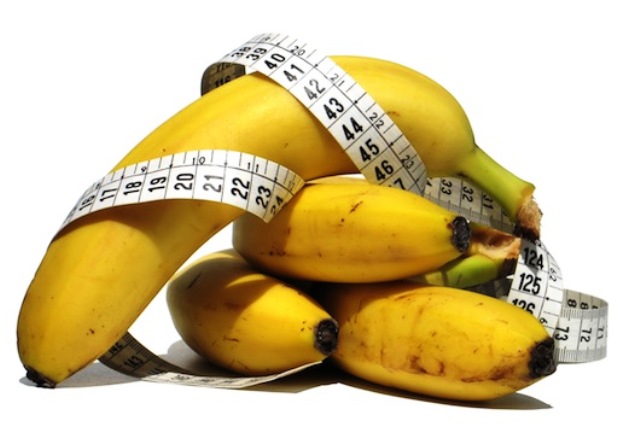 Bananas are high in fibers and can provide nearly 10% of your daily fiber requirement. They also have Vitamin B6 that helps protect against type 2 diabetes, Bananas also aid in weight loss as they help curb craving for foods.
Source: caloriesecrets.net, image: healthyceleb.com 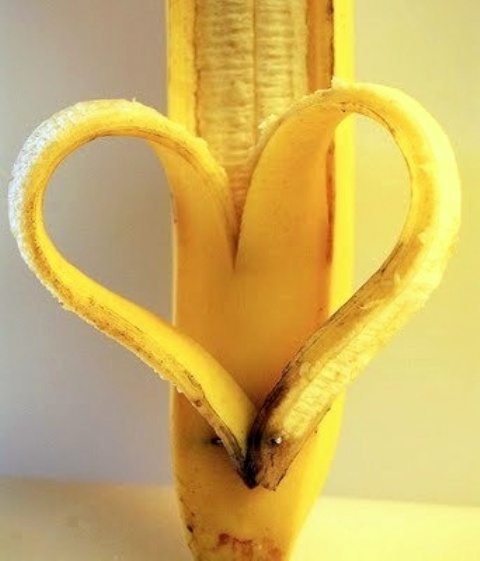 Banana intake helps in reducing heart-strokes. According to various researches on heart failure, it has been found that the risk of heart stroke is less for those who have ideal potassium intake in their body. So, being a rich source of Potassium, banana acts as a friend to our hearts.
Source: maturesources.org, image: 68.media.tumblr.com 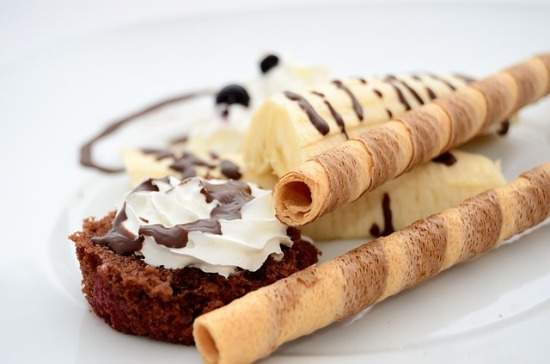 Hats off to our chefs! They are so creative that one can have several different dishes out of a simple banana. Banana bread, banana muffins, banana cake, banana smoothie, banana shake, banana split, banana chips and much more.
Source: allrecipes.com, image: image.cdn.haber7.com 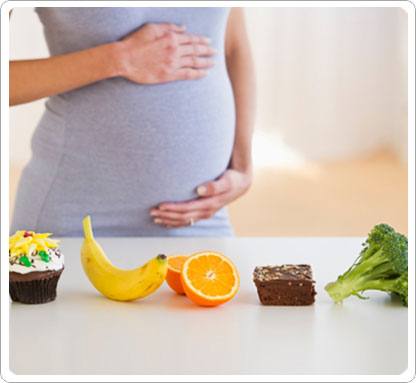 They are rich in Folic Acid, Calcium, iron, Vitamin C, and antioxidants. At the initial stage of pregnancy itself, doctors prescribe different types of vitamin supplements including Folic Acid, Iron, and Calcium. However, if a lady munches on banana regularly, she can avert any kind of deficiency as well as side effects of medicines.
Source: momjunction.com, image: abbottnutrition.com

Shukla Sundeep - July 4, 2016
0
Pachycephalosaurus is derived from the Greek and means "thick headed lizard". This species have been known to be herbivore or omnivore with its special...

16 Interesting Facts About The Rolling Stones