Bangkok  (Krung Thep in Thai) is the capital of Thailand. With its spectacular temples and vibrant nightlife Bangkok welcomes around 11 million tourists every year. It offers something for everyone from quiet Buddhist temples to bustling nightclubs you can enjoy a variety of things while in Bangkok. Besides being a popular tourist destination, Bangkok has many other things worth knowing. Here are some interesting facts about Bangkok and its vibrant culture: 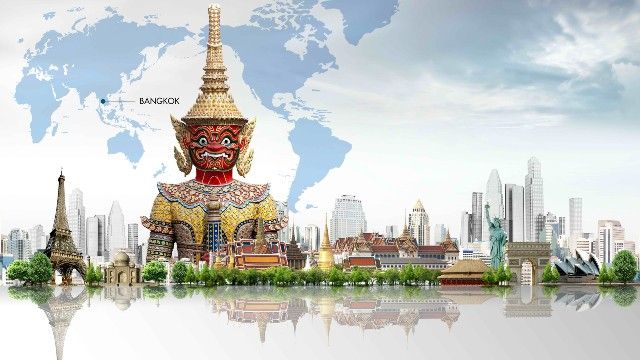 You must be thinking Bangkok is not the longest city name in any way but look at its traditional Thai name – “Krung Thep Mahanakhon Amon Rattanakosin Mahinthara Yuthaya Mahadilok Phop Noppharat Ratchathani Burirom Udomratchaniwet Mahasathan Amon Piman Awatan Sathit Sakkathattiya Witsanukam Prasit.” Yes, that’s the complete Thai name of Bangkok and has been listed as the longest name for a place in the Guinness Book of World Records.
Source: Wikipedia 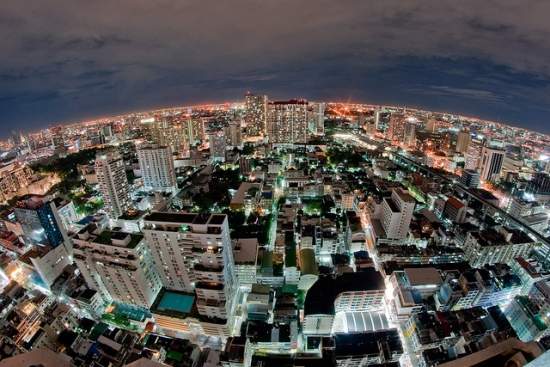 Bangkok is the largest and most populous city of Thailand with one of every 10 Thais living here.
Source: Wikipedia, image: Flickr

Leaving the house without underwear in Bangkok can lend you in jail. It is also illegal to drive a vehicle bare-chested. And be careful, do not step on Thai currency as it is also against the law.
Source: bangkok.com 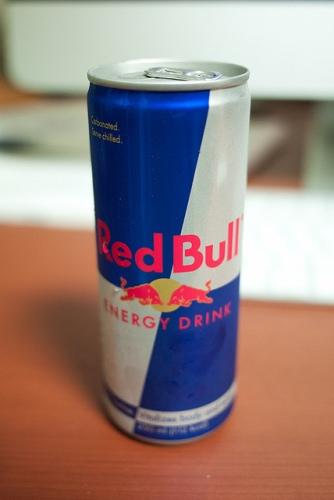 The world-famous energy drink Red Bull was created in Bangkok by Chaleo Yoovidhya in 1976. At the time of his death in 2012, Chaleo was the third richest man in Thailand with an estimated wealth of US $5 million.
Source: bangkok.com, image: Flickr

Thailand is home to around 200,000 millionaires, and around 95% of them live in Bangkok.
Source: travelagencytribes.com

Thailand’s Monarch Bhumibol Adulyadej became the king in 1946. He was the world’s longest-serving head of the state and Thailand’s longest reigning monarch. Bhumibol had a degree in engineering and owned a patent on a form of cloud seeding. He also composed Thailand’s national anthem.
Source: Wikipedia, image: britannica.com 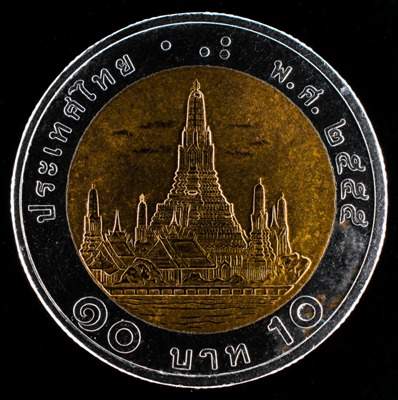 All Thai Baht coins have temples stamped on their back, and all of these temples are in Bangkok, and you can visit them all in one day. Make a fun game out of it when in Bangkok by trying to find all the locations pictured on coins.
Source: bangkok.com, image: absfreepic.com

Yaowarat the local Chinatown in Bangkok is the world’s largest Chinatown and is home to over a million Chinese people. Yaowarat is also one of the most vibrant places in Bangkok to shop and eat.
Source: bangkok.com, image: Flickr 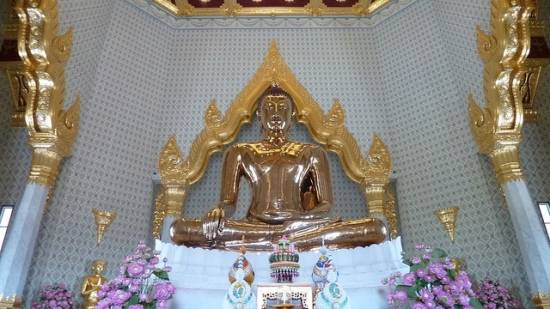 Housed inside Wat Traimit in Chinatown is the largest gold Buddha statue in the world. The statue is 9.8 ft tall and weighs around 5.5 tons with an estimated value of 250 million dollars.
Source: Wikipedia, image: Flickr 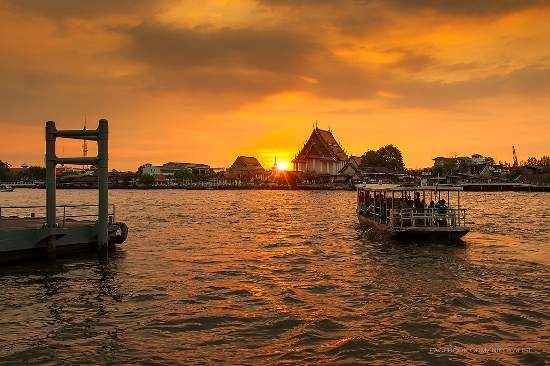 Bangkok is built over a dozen of canals, and its buildings stood on stilts just like Venice. Although most canals have now been filled and paved, Bangkok is still popular with tourists as Venice of the East.
Source: Wikipedia, image: Flickr

Just like Venice Bangkok is sinking at a rate of 2 to 2.5 cm per year due to the heavy development and rising sea levels. According to a report by Thai Government, parts of Bangkok could be underwater in the next 15 years. So if you are planning to visit Bangkok, better do it sooner.
Source: content.time.com, image: Flickr

While summer temperatures are not extreme in Bangkok, it is the world’s hottest city because of average high temperatures year-round. With the average temperature of 88 degrees Fahrenheit throughout the year, Bangkok is sure to make you sweat even in December.
Source: airconco.com

Thailand loses $2.3 billion annually in wasted energy, lost production and health costs due to high levels of air pollution in Bangkok. Due to the hazardous level of air pollution, traffic police in Bangkok wear face masks to protect themselves. More than 15% of Bangkok’s police suffer from some lung diseases.
Source: Wikipedia, image: wikimedia.org 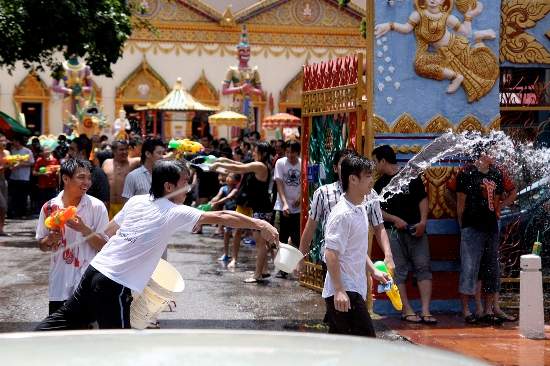 Along with Male and Female washrooms, you would find a third option for transgender washrooms in Bangkok.
Source: bangkok.com, image: esta-fit.com

Spread over 27 acres of land and divided into 27 sections, Chatuchak Weekend market is one of the world’s biggest weekend markets and a heaven for foodies and bargain-hunters. A trip to Bangkok is incomplete without visiting Chatuchak.
Source: chatuchak.org, image: wikimedia.org 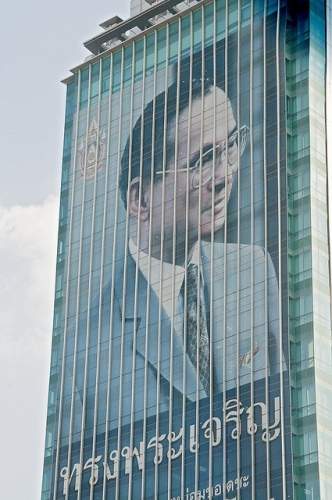 Thais love their king, and it is particularly noticeable in Bangkok. You will find pictures and posters of the royal family in almost every corner of Bangkok. It is illegal to laugh at a picture of King or to say something bad about him so be careful. In theaters, king’s anthem is played before the start of a movie, play or any cultural program and everyone must stand to pay respect. Not doing so can also lead you to jail.
Source: bangkok.com, image: Flickr

Shukla Sundeep - August 1, 2015
0
Do you know that Madonna worked at Dunkin' for a day and had been fired for spilling coffee on a customer? Yeah! Their standards...