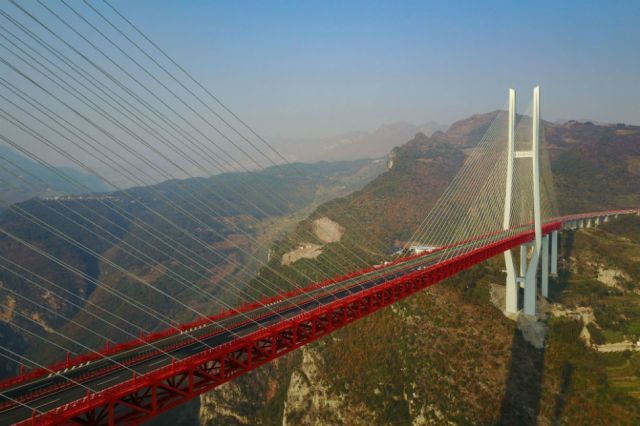 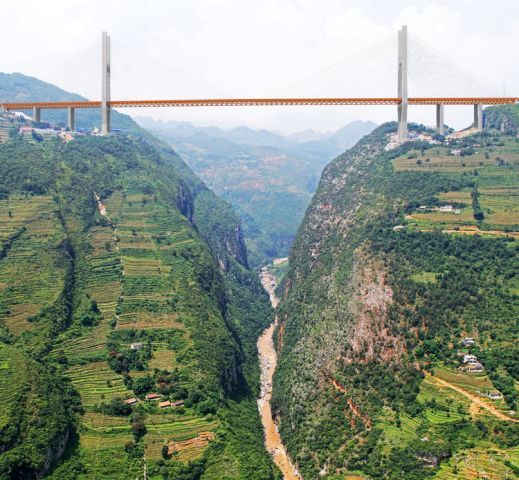 Beipanjiang Bridge is very convenient for the public. It cuts travel time between two mountainous provinces Xuanwei in Yunnan to Shuicheng in Guizhou from more than four hours to around one.
source: www.thehindu.com 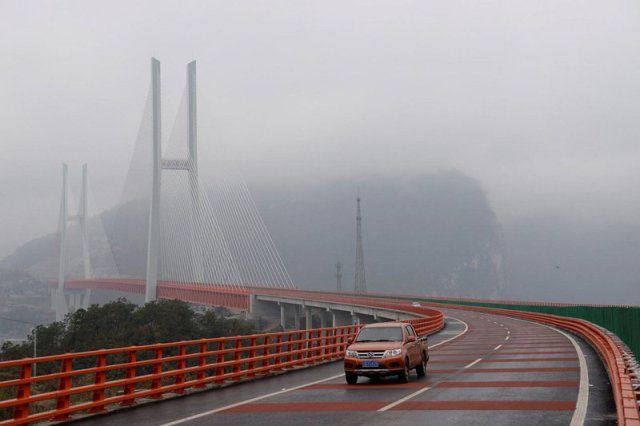 The four-lane bridge was constructed in three years at a cost of $144 million or over 1 billion yuan.
source: www.financialexpress.com