Bengali is often known as the second most beautiful language in the world after French because of its charm and touch of love and sophistication.  Once a Bengali poet said that – ‘A mori Bangla bhasa, moder garab moder asha’ which roughly translates to – ‘Oh! How I praise Bengali language, it is our pride, it is our only hope’. Bengali is the seventh most spoken native language in the world, with over 210 million speakers. To get some more, read these interesting facts about Bengali Language: 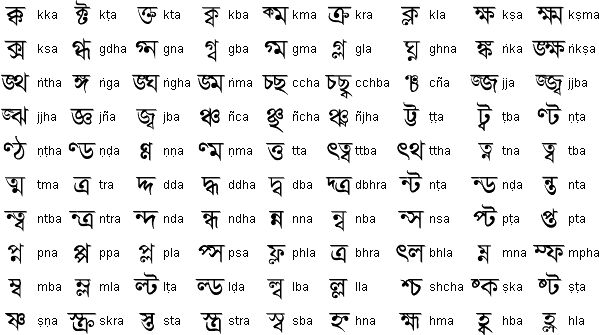 The Bengali grammar is gender free! That’s good news for English speakers. Although there are no gendered nouns in Bengali, but there is a lot of subtle inflection in spoken Bengali which can take some time to master. Verbs are especially difficult because they are heavily inflected, and the wrong inflection changes their case and your overall meaning. It can either turn into a hilarious situation or a horrifying one.
source: tutorhunt.com

On 21st February 1952, several activists and students were killed near Dhaka University, during protests which were a part of the Bengali Language Movement, a cultural uprising to reclaim Bangla identity in East Pakistan. UNESCO honored this incident by marking the 21st of February International Mother Language Day in 1997.
source: quora.com

4. National Anthem Of India Is Written In Bengali

5. One Mark Changes The Entire Meaning

In Bengali, diacritical marks are used when writing to change the default vowel sound and all the consonants have a vowel sound built-in. This means that a word can be repeated several times with different marks and this, is pronounced differently each time, with a different meaning. This sometimes can be really confusing for a lot of people, even those who are not new to the language.
source: quora.com

6. Some English Words Are Borrowed From Bengali

Various words are shared with lots of languages. There are some common English words that we use too often, but we don’t know where they have been derived from. Two such words are Bungalow and jute that are actually derived from Bengali.
source: aboutworldlanguages.com

Bengali has as many as 100,000 separate words, of which 50,000 are its own, 21,100 are originated from Sanskrit, the mother of all languages and the remainder loanwords from Austro-Asiatic and other foreign languages. Because of centuries of contact with Europeans, Turkic peoples, and Persians, the Bengali language has absorbed numerous words from foreign languages. The most common borrowings from foreign languages come from three different kinds of contact. After close contact with several indigenous Austro-Asiatic languages and later the Mughal invasion whose court language was Persian, numerous Chagatai, Arabic, and Persian words were absorbed into the lexicon.
source: alsintl.com

OhFact! - October 18, 2019
0
Gucci is one of the planet's most admired brands, appreciated for its designs that are both innovative and timeless.  Lately enlivened by a fresh...