Berlin is luxurious, provides the smorgasbord of life. To the people, Berlin is nothing short of addictive. It embraces, inspires and accepts tourists and makes them feel good about themselves. People enjoy its iconic sights, its vast swathes of green, its sky bars and chic restaurants. Berlin’s combo of glamor and grit is bound to mesmerise anyone keen to explore its vibrant culture, cutting-edge architecture, fabulous food, intense parties and tangible history. Let us know some intriguing facts about this Grey City, Berlin. 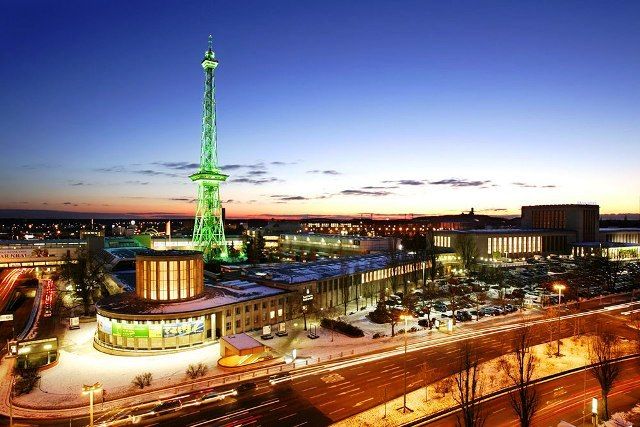 1. City of Museums: More Museum than its Rainy Days 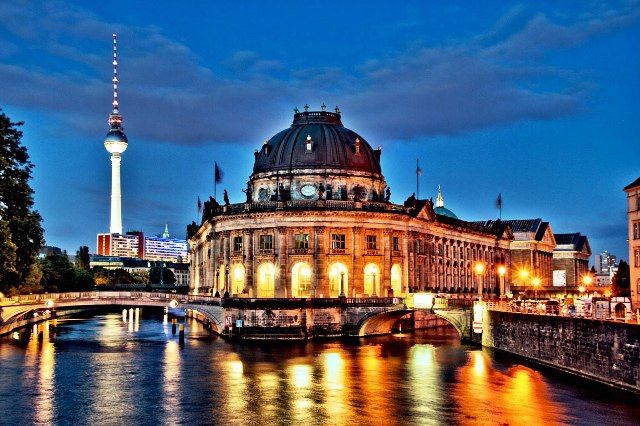 Rain pours down in Berlin about 160 days but there are 180 museums in the city. These  Museums attract around 15 million visitors a year. Berlin is also home to the world’s largest universal museum Museumsinsel (Museum Island) with an ensemble of five renowned museums.
source: www.globalblue.com, image: weneedfun.com 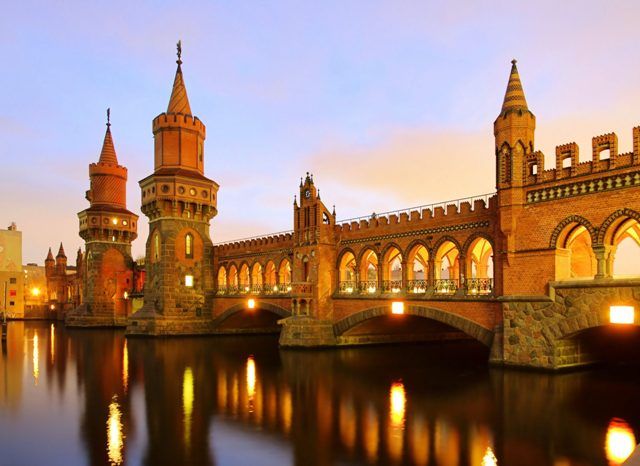 Around 1700 bridges are in the city of Berlin, greater than the city of Venice. Most of the People choose boat trip to explore Berlin.
source: www.globalblue.com, image: www.layoverguide.com

3. Half Of The Berliners Ain’t Settled Down

One in every two Berliners is single or they are not married. A study released in 2015 showed that people refuse to settle down or coupled-up life.
source: www.thelocal.de 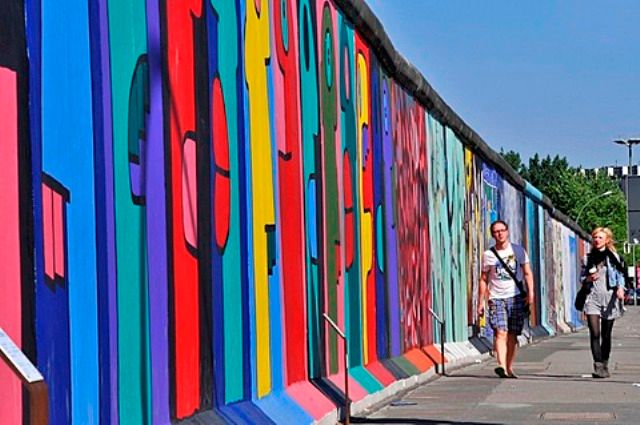 The East Side Gallery is an international memorial for freedom. It is a 1316 m long section of the Berlin Wall located near the centre of Berlin on Mühlenstraße in Friedrichshain-Kreuzberg. It is painted with 101 images by artists, making it longest open-air gallery in the world.
source: wikipedia, image: images.robertharding.com 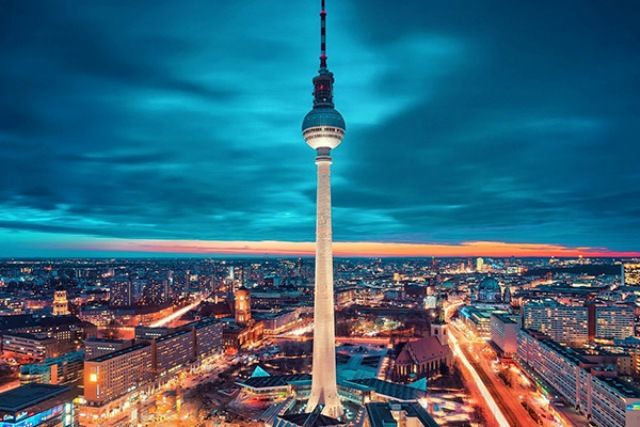 Fernsehturm is the tallest structure in Germany. It is located in the city centre. It is also known as “Berlin TV tower”. At 207 meters, panoramic view of the whole city is seen.
source: www.globalblue.com, image: pokerin.eu

6. Most Zoo Animals in the World: Tierpark

Berlin has two zoos: Tierpark and Zoologischer Garten in the west. The latter is oldest in Germany founded more than 150 years ago and former was founded in 1955 and is located in Friedrichsfelde. Tierpark houses 7,250 animals from 846 species.
source: wikipedia

Berlin is the greenest city of Germany. About more than one-third area of the city is covered by forests, gardens and parks.
source: www.globalblue.com 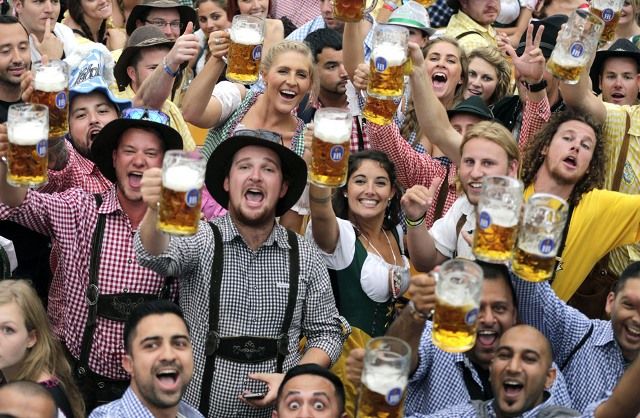 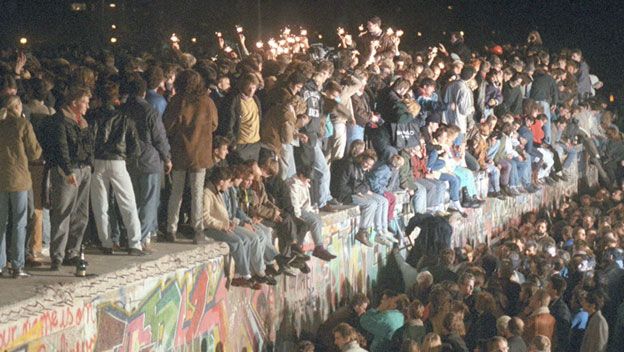 Berlin Wall that divided Germany into two parts: East and West Germany. Wall was created by the German Democratic Republic in 1961 and was knocked down in 1989. However even today you can see the ruins of Berlin Wall in Topography of Terror Museum, Berlin Wall  Memorial and Documentation Center and East Side Gallery.
source: www.traveldudes.org, image: www.history.com

10. Unforgettable Memorial to the Murdered Jews of Europe: Holocaust Memorial 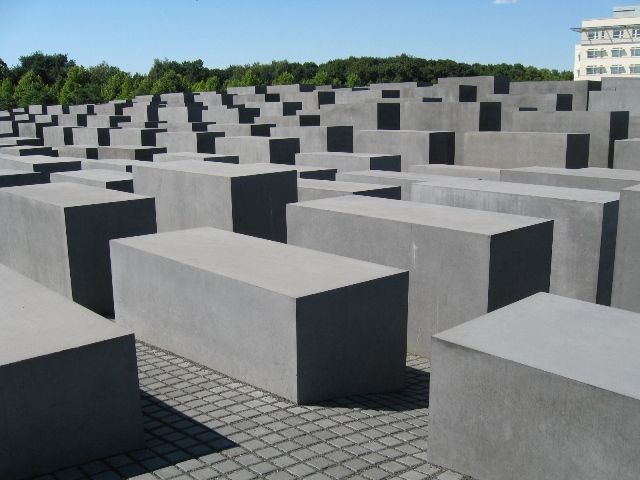 Holocaust Memorial is a Memorial in Berlin that reminds thousands of Soviet Jews who were murdered during the second world war by Hitler’s troops. The Memorial was designed by architect Peter Eisenman and engineer Buro Happold. An attached underground “Place of Information” holds the names of approximately 3 million Jewish Holocaust victims, obtained from the Israeli museum Yad Vashem.
source: wikipedia, image: is358.files.wordpress.com

Kurfürstendamm is the one of the most famous avenues in Berlin. This very broad, long boulevard can be considered the Champs-Élysées of Berlin—lined with shops, houses, hotels, and restaurants. In particular, many fashion designers have their shops there, as well as several car manufacturers’ showrooms.
source: wikipedia, image: s-media-cache-ak0.pinimg.com

12. One in Three Prisoners is Fare-Dodger

City’s administration takes fare-dodging quite seriously. Fare-Dodgers are not left scot-free. People of Berlin are sent to prison if they travel without a ticket. It comes to know that one in every three prisoners is fare-dodger.
source: www.thelocal.de 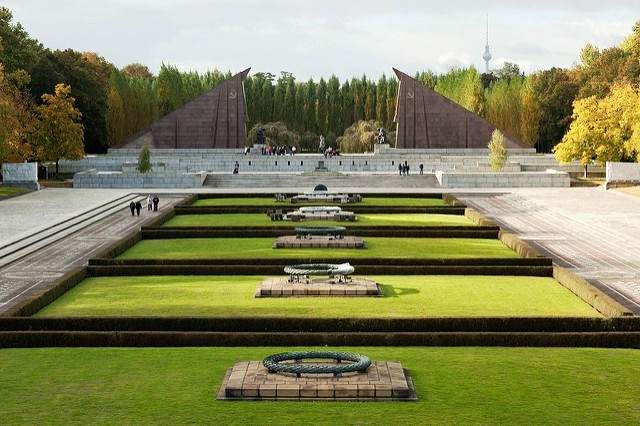 Treptower Park is situated alongside the river Spree in the district of Treptow-Köpenick, south of central Berlin. It is a recreational spot for most of the Berliners as well as tourist attraction. Its eminent feature is the Soviet War Memorial built to the design of the Soviet architect Yakov Belopolsky to commemorate the 80,000 Soviet soldiers who fell in the Battle of Berlin in April–May 1945. It was opened on May 8, 1949 four years after the war ended.
source: wikipedia, image: farm3.staticflickr.com

Krishna - May 29, 2017
0
The White House in Washington, D.C is one of the most iconic and stunning places ever built in history. Earlier called by the name...