In the early hours of 1986 spring, hell broke loose when the reactor 4 at Chernobyl Nuclear power plant exploded. The world witnessed the worst manmade nuclear disaster in the history. The menace of radiation released by the explosion lingers on till date. The death toll from the disaster climbed firefighters trying to control the fire and radiation leak succumbed to radiation sickness. Let’s explore some interesting facts about Chernobyl nuclear disaster: 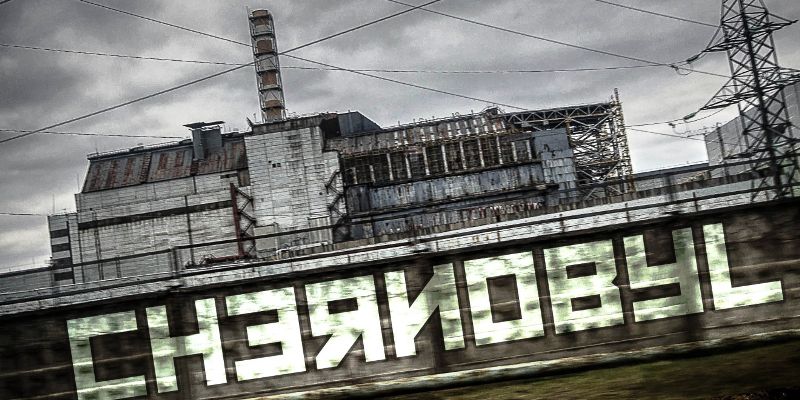 1. The Only Level 7 Nuclear Disaster! 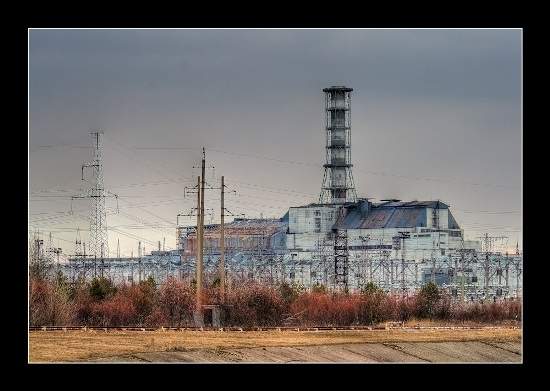 Chernobyl nuclear disaster stands out as one of the only two disasters classified as level 7 event on the International Nuclear Event Scale. The second is Fukushima Daiichi nuclear Disaster that occurred in 2011. The amount of radiation released was 100 times greater than that released in Hiroshima and Nagasaki atomic bombings.
Source: Wikipedia, Image: Flickr

The Ukrainian authorities kept the disaster hidden initially. It took them two days to admit that a reactor had exploded. Even the Soviet Union of which Ukraine was a part back then, had no clue about the accident.
Source: mytravelaffairs.com 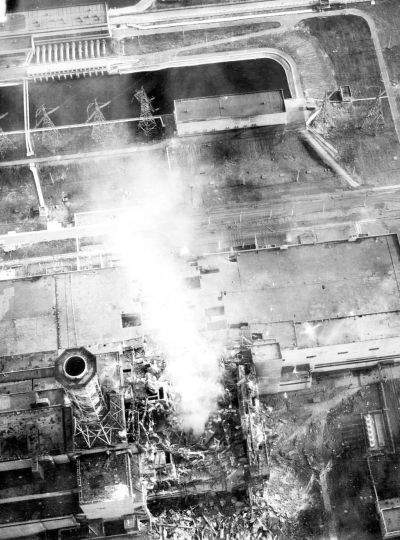 It was not through the Soviet Union that the world came to know about the terrible accident at the Nuclear power plant of Chernobyl. It was when the radiation detector at Forsmark Nuclear power plant in Sweden (1100 km away) went off. Startled by the alarm, radiation levels were checked. When it was discovered there was nothing wrong at Forsmark plant they got a hint.
Source: mytravelaffairs.com, Image: chernobylgallery.com

4. When the Hell Broke Loose! 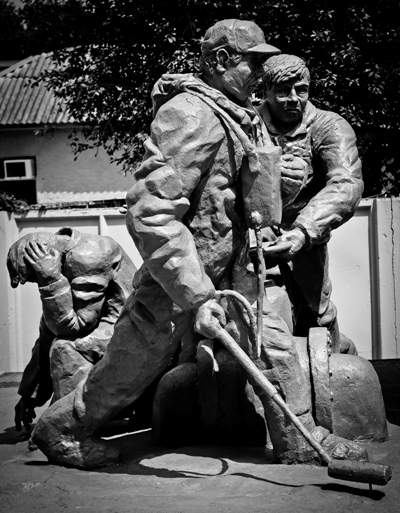 After the reactor had exploded, hundreds of firefighters tried to stop the fire. Some 300 tones of water were being pumped every hour. Firefighters had to stop as there was a danger of flooding the reactors one and two. After the water couldn’t stop the fire, 5000 tonnes of boron, clay, sand, dolomite, and lead were poured with the help of helicopters to stop the fire.
Source: toptenz.net, Image: Flickr

In case you are wondering what Lunokhods are, they are unmanned lunar exploration robots which were deployed by the USSR to help clear away the debris from reactor explosion. The robots couldn’t help and at the end, humans had to risk their lives.
Source: sciencechannel.com, Image: wikimedia.org

There are two conflicting theories about the terrible accident. One places the blame on power plant operators and the other on the RBMK reactor design. Well, the complete truth is still a mystery.
Source: sheppardsoftware.com

The true victims were ironically the people inside the exclusion zone. The tragedy first fell on the firemen who were trying to control the fire from the reactor’s explosion. These brave firemen didn’t know what they were up against and were reported dead within a few days.
Source: mytravelaffairs.com 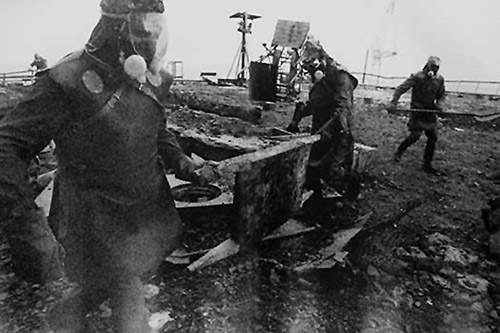 Approximately 600,000-800,000 emergency workers and firefighters came to the rescue from all over the Soviet Union. They toiled for 2 years to extinguish the fire, bury radioactive equipment, homes and storage facilities. They also hemmed in the radioactive material inside a ‘sarcophagus’ or tomb around the plant. Most of these people are now dead, disabled or have committed suicide.
Source: friendsofchernobylcenters.org, Image: nuclear-energy.net 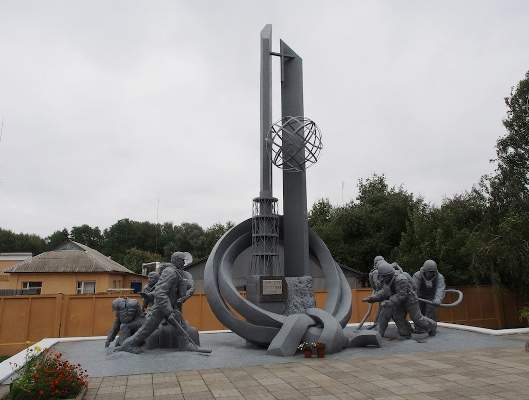 In front of the fire station of Chernobyl, a monument was erected to honor the sacrifice of the brave firemen. Not enough in my opinion.
Source: mytravelaffairs.com, Image: Flickr

This horrendous incident had such a far-reaching impact that anyone could ever imagine. Not only it affected its neighboring country Belarus but spread all the way to Corsica Island. The radioactive cloud from the reactors explosion caused a lot of damage in many European countries too. There are places in Europe with radiation level much higher than that in the exclusion zone in Ukraine.
Source: mytravelaffairs.com

After the Chernobyl disaster site was cleaned up, the authorities ordered to hang a red flag atop of the chimney to mark the end of the clean-up operation. Due to high levels of radiation, the operation was too risky. Three men were forced to climb up the top to do the job and were rewarded a bottle of Pepsi- a luxury at those times and a day off.
Source: theguardian.com, Image: Flickr 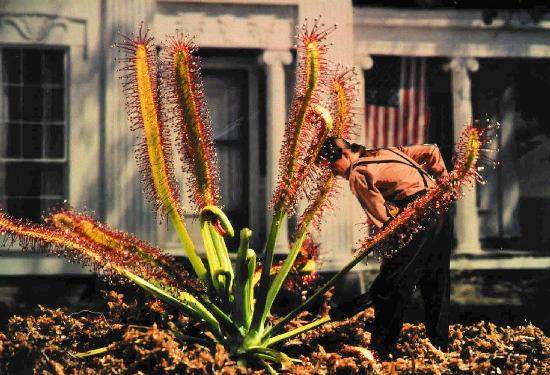 In the year following the disaster, genetics and botanical experts noted that plants in the area had become victims of gigantism. The monster plants were removed by natural selection. Even the fishes which were found dead due to radiation exposure were abnormally large and flabby.
Source: theguardian.com, Image: omnisterra.com

13. No Safety Measures for Liquidators!

Liquidators or the men from military reserves with experience in clean-up-operation and chemical protection units were called for cleaning up the site. There were no adequate uniforms for them to use in radioactive conditions. So, they had to tailor their own clothing. They made aprons covering the front and behind of their bodies with lead sheets measuring 2-4 mm thickness.
Source: theguardian.com, Image: Flickr 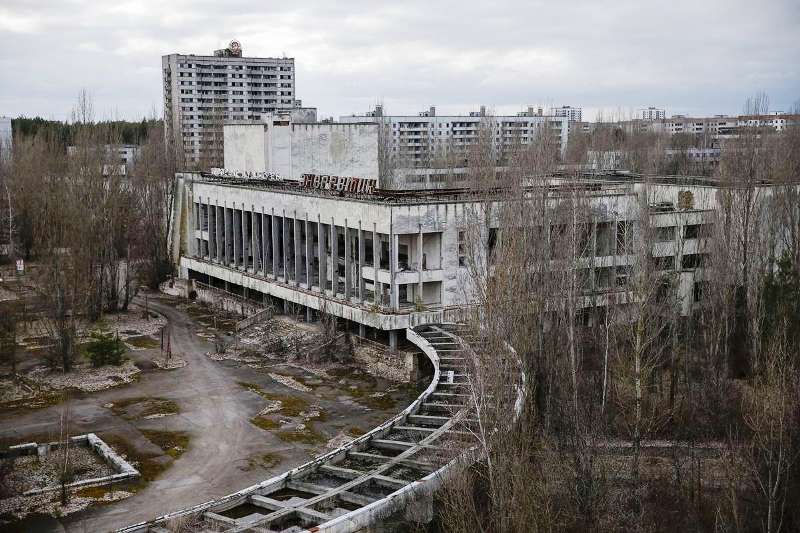 Only a few people know that after the reactor exploded in 1986, there was another explosion at Chernobyl on October 11, 1991, in the turbine hall reactor 2. The roof had blown out but luckily there was no radioactive leak.
Source: theguardian.com, Image: bhavanajagat.files.wordpress.com

Surprisingly, the plants cultivated in the irradiated zone of Chernobyl adapted within a single generation. The scientists grew Soybean on the irradiated zone and noted that these plants produced some protective proteins, including the one that helps protect human blood from radiation.
Source: newscientist.com 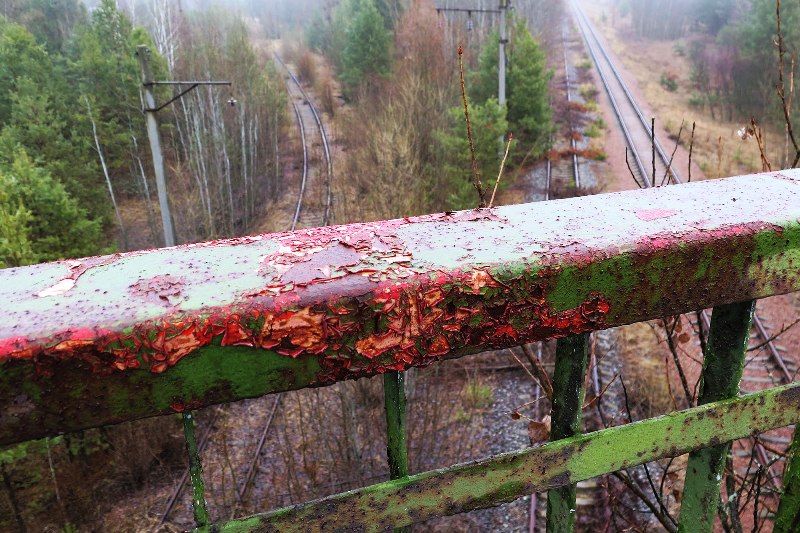 The director of Chernobyl power plant stated that the area is unfit to be inhabited for the next 20,000 years. But you can still book a trip to the exclusion zone for $250. Twisted, Isn’t it?
Source: seriouslyforreal.com, Image: mcclatchydc.com

17. Hemp is Grown to Remove Toxins! 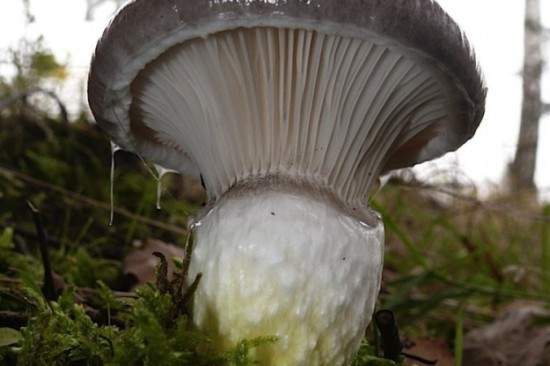 In a process known as ‘phytoremediation,’ hemp was planted in Chernobyl to remove toxins from the soil. Also, there has been a fungus growing in the affected area that feeds on radiation.
Source: mhhe.com, Image: wikimedia.org

Though the areas surrounding the plant were completely evacuated, some residents decided to re-settle (illegally). Among the 1200 people who returned most were older women. Only the re-settlers are permitted inside the exclusion zone on the permanent basis while the other people can stay inside for max 14 days.
Source: toptenz.net, Image: theguardian.com 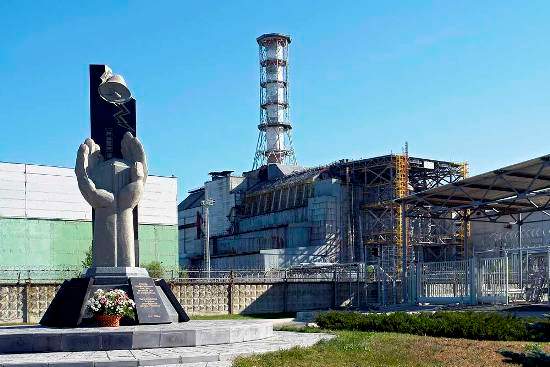 Most people think that the reactors were shut down right after the explosion in 1986, but according to the United States Nuclear Regulation Commission, the remaining three reactors were restarted and finally went offline in 1999.
Source: toptenz.net, Image: wikimedia.org 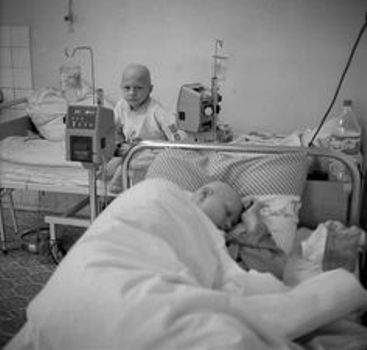 Though only 31 deaths were reported during the event, but most death happened much later due to radiation. More than 6,000 cases of thyroid cancer were eventually reported as a result of radiation exposure. Due to unsubstantiated fear of radiation poisoning, many doctors advised pregnant women to undergo the abortion to avoid bearing a child with the birth defect.
Source: livescience.com

Krishna - February 26, 2019
0
Music, Beaches, Nightlife, Culture, Sunshine, etc. are some words that come to our mind, if we think of Ibiza. Being one of the most...