The Step Pyramid at Chichen Itza Yucatan Peninsula, Mexico, crowned by temple was part of one of the greatest Mayan centers. About 125 km west of Cancun and Cozumel, it is the Sacred Cenote, a deep sinkhole that the Mayans used for religious ceremonies, sacrifices to the Gods and more. Let us find out some interesting facts about Chichen Itza: 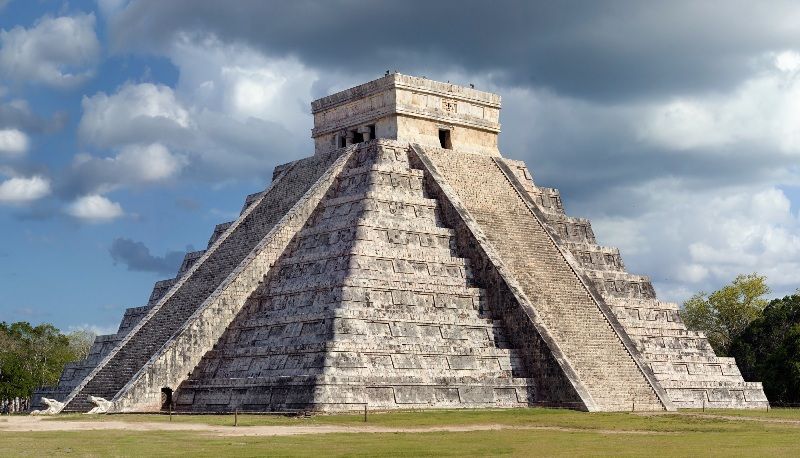 The word “Chichen Itza” is derived from a Mayan name which means, “on the mouth of the well of Itza.” It is also called “El Castillo” which means “the castle” in Spanish.
Source: Wikipedia

2. An Observatory For Astronomical Events

The pre-Columbian Maya Civilization erected it between the 9th and 12th centuries. They used it as an observatory to reflect astronomical events. It is a superimposed construction i.e. built on top of another.
Source: Wikipedia

The Chichen Itza has discovered in the year 514 AD by the priest Lakin Chan who was also called Itzamna. It was re-discovered by an American explorer John L. Stephens in 1841.
Source: Wikipedia

Chichen Itza is a huge area and is composed of various structures such as the Pyramid of Kukulkan, the Temple of Chac Mool, the Hall of the Thousand Pillars or The Temple of Thousand Warriors, and the Playing Field of the Prisoners, is truly a collection of great architecture. The Pyramid itself was the last and probably the best of all Mayan temples.
Source: world.new7wonders.com, Image: Flickr

It is often said that the Chichen Itza was built close to two large natural sinkholes, which would have provided water throughout the year; as no rivers or streams were passing through this area. One of the sinkholes was thought to have been used for human sacrifice in times of droughts, as a sacrifice to the Chac God.
Source: softschools.com

6. Dimensions Of The Pyramid 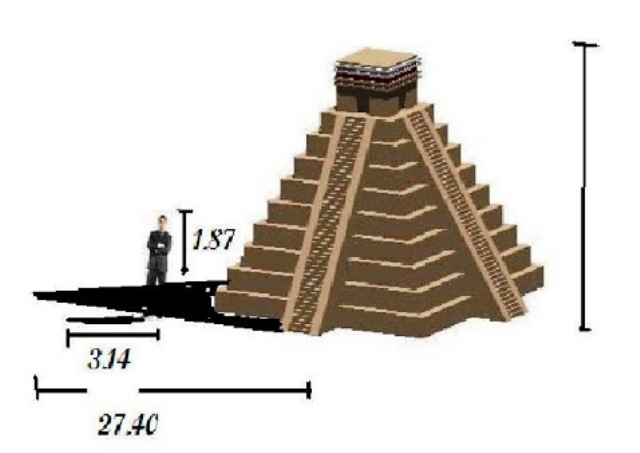 Chichen Itza is oriented to East from North 19 degree, occupying an area of 4 sq miles. It is 24 m high, with an additional 6 m for the temple. The square base measures 55.3 m, along with a total of 365 steps, which defines the 365 days of a year.
Source: world-mysteries.com, Image: 1.bp.blogspot.com

Along with fine stones, some pyramids have an inner layer of mica from Brazil, 2,000 miles away without any wheeled transportation. Mica is a good insulator. Other Mayan pyramids were covered with stucco.
Source: traveltips.usatoday.com

The city had the most diverse population in any Maya population with around 50,000 people. The people were very skilled craftsmen including sculptors, weavers, jewelers, and potters.
Source: softschools.com

Studies show that in 1221 AD, a revolt and civil war arose and archeological evidence confirms that the wooden roofs of the great market and the Temple of the Warriors were burned. Thus, the Chichen Itza went into decline as rulership over Yucatan shifted to Mayapan.
Source: newworldencyclopedia

Chichen Itza is also known for its Great Ball Court, having 20 ft stone rings upon its two walls. The ball court is continuous between the walls and is open to the sky. The northern, southern and eastern sides support temples, which were probably used for rituals.
Source: sacredsites.com, Image: Flickr

Majority sites of Chichen Itza are known for strange sounds. A hand clap in front of the pyramid’s staircase returns an echo that resembles Quetzalcoatl’s chirp (a feathered serpent deity). Apart from this, if you clap once from one end of the Ball Court, it will produce 9 echoes distinctly at the center of the court.
Source: hubpages.com

In Chichen Itza, there are two great cenotes i.e. Cenote Sagrado or Sacred Cenote and the Xtoloc. The Sacred Cenote, earlier called Chen Ku, is one of the most excavated water holes. Many excavations have uncovered a large number of artifacts in gold, silver, jade, and even human skeletons. It is also known as the ‘Well of Sacrifice;’ as it is believed to be an opening to the underworld.
Source: allwonders.com, Images: Rodolfo Araiza G., Daniel Mennerich (Flickr)

The first reconstruction project here began in 1923, it was authorized by the Mexican government, but the restoration efforts were done by the Carnegie Institution of America.
Source: traveladvisortips.com

Carrying such a rich history, the Chichen Itza is the 2nd most visited tourist spot in Mexico; with over 1.2 million visitors every year.
Source: traveladvisortips.com

15. One Of The Driest Areas Of Southeast Mexico!

Till 2006, it was allowed to climb the steps of the pyramid. But after an accidental death of a San Diego, Californian woman, it was closed.
Source: foggodyssey.com