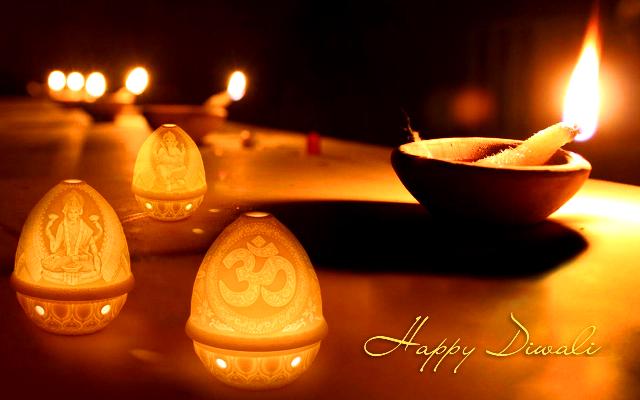 1. A festival for all 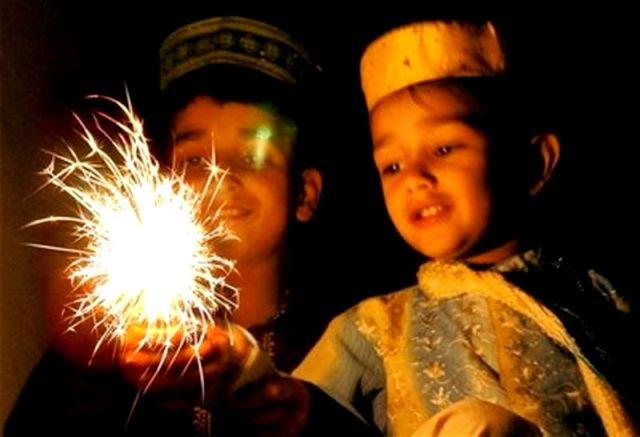 Peoples of different religions celebrate Diwali with equal zeal and it is also considered as a cosmopolitan Hindu festival.
source: thefactfile.org, image: buzzintown.com 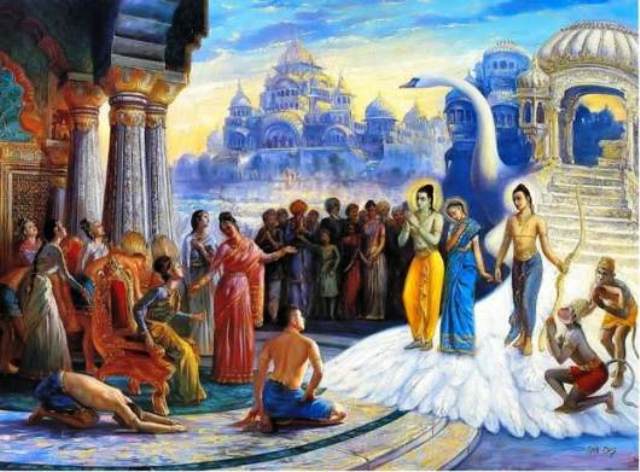 Diwali means different thing to different people and there are various stories attached with Diwali. Its origin can be traced back to the Ancient India, during which it was an important harvest festival, however, the most popular story is that of the Lord Rama. It is believed that Diwali celebration was first started on the day of the return of Lord Rama along with Sita and his younger brother Lakshmana to Ayodhya after 14 years in exile.
source: hinduism.about.com, image: mallstuffs.com

Diwali is a 4 day celebration & its each day has its own unique tale. Day 1- Naraka Chaturdasi (celebrated for the victory of Lord Krishna over the demon Naraka). Day 2- Amavasya (marks the day of worship of goddess Lakshmi). Day 3- Kartika Shudda Padyami (according to a mythological tale, once Lord Vishnu banished King Bali to hell and allowed him to visit on the earth only on the day of Diwali). Day 4- Bhai Dooj (also called Yama Dvitiya) and on this day sisters invite their brothers to their homes.
source: hinduism.about.com 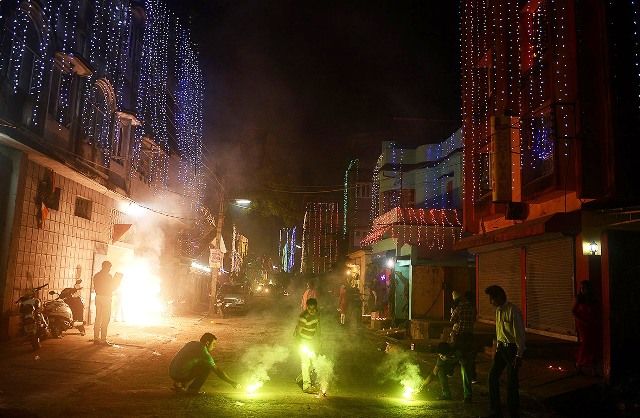 The most unique feature of Diwali celebration is its lights & firecrackers. On the day of Diwali, the whole country plunges into the resplendent lights and the buzzing sounds of the firecrackers. According to some it’s the way to show the heavenly bodies that we are in joy and prosperity. Another more scientific reason is that the fumes of crackers kill the harmful insects of the rainy season.
source: hinduism.about.com, image: ibtimes.co.uk 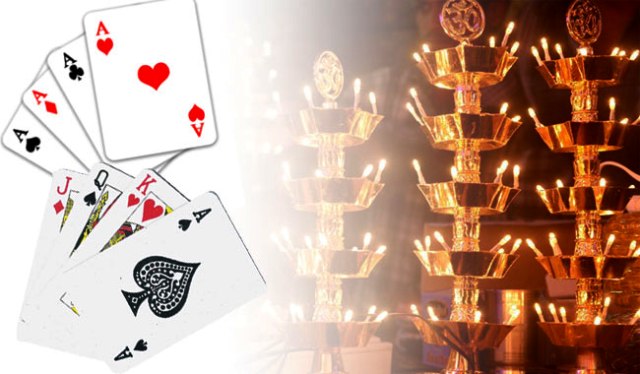 Gambling is a tradition on Diwali and according to a mythological story- once goddess Parvati was playing dice with Lord Shiva and when she won, she announced that whosoever would gamble on the day of Diwali would mint wealth throughout the year.
source: zeenews.india.com, image: zeenews.india.com 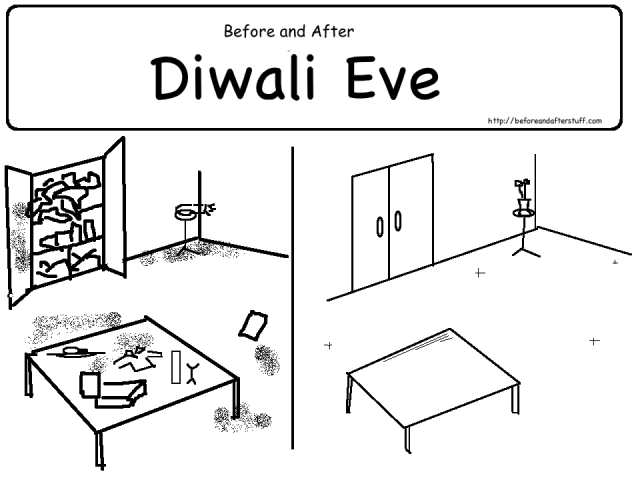 As Diwali approaches, people start sorting out junks of their homes and make their houses as much cleanly as possible. They believe that the goddess of wealth- Lakshmi enters only the clean houses on the evening of Diwali.
source: wikipedia, image: beforeandafterstuff.com 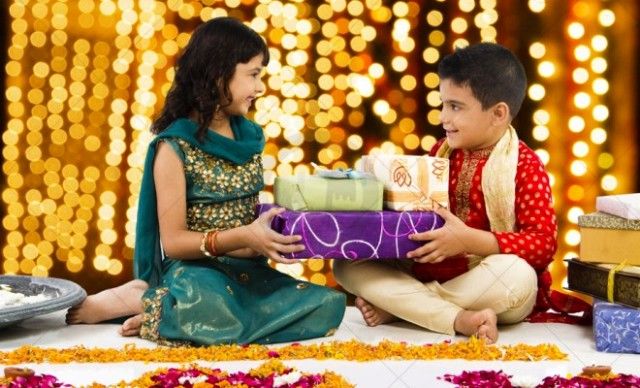 Diwali is all about joy and happiness and exchange of gifts is an integral part of Diwali celebration. On the eve of Diwali, people visit their friends and relatives and exchange gifts and sweets.
source: wikipedia, image: reshareit.com

8. Connection with the Golden Temple 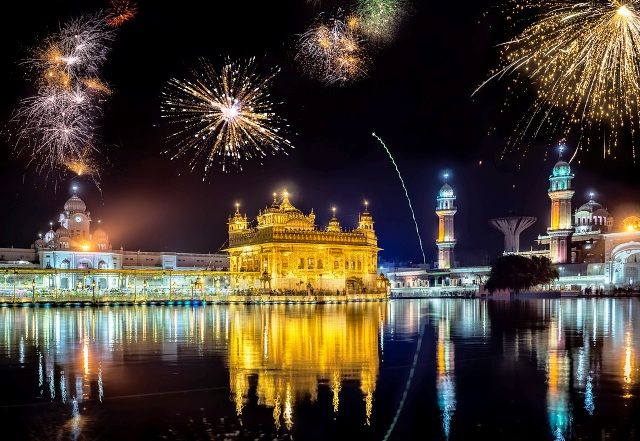 It would be a surprise for most of the people that it was the day of Diwali when the foundation stone of the Golden Temple was laid and the festival is celebrated by the Sikhs at the Golden Temple since 1577.
source: mocomi.com, image: flickr 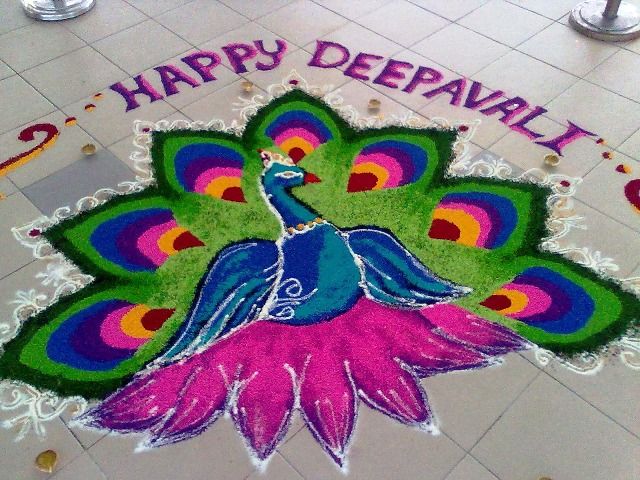 Although, Diwali is a festival of lights, however, colors also play a significant role on this day. Making Rangolis is also an integral part of Diwali celebration. Rangoli making is a timeless tradition in India and it is meant that people make colorful Rangolis at the entrance of their homes to attract the goddess of wealth- Lakshmi.
source: indiaparenting.com, image: resultncutoff.in

10. The biggest Diwali outside India! 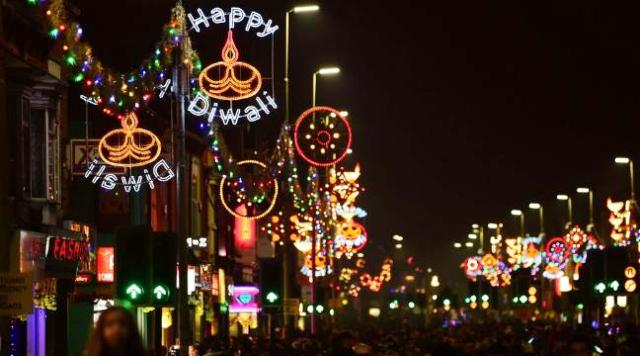 The biggest Diwali celebration outside of India is hosted by the English city of Leicester.
source: visitleicester.info, image: home.bt.com

11. Diwali: an official holiday not only in India!

You would be surprised to know that the festival of Diwali is not a national holiday only in India but in a number of other countries too. Guyana, Fiji, Mauritius, Malaysia, Myanmar, Singapore, Nepal, Suriname, Trinidad and Tobago and even in Pakistan there is an official holiday on Diwali.
source: wikipedia

Shukla Sundeep - September 14, 2015
0
The Earth does not belong to us; we belong to the Earth- Chief Seattle. The quote is a caution to the growing exploitation of...