Dogs are basically furry multi talented animals that are a boon to the human race. They do all the stuff ranging from domestic help like hunting, herding and pulling to professional help like police assistance, military and security. Most of all, dogs are human’s best friend. They’re kind, gentle, loving and protective (and I’m not describing my date!).
Here are some interesting facts about dogs which will make you wanna get one immediately if you don’t have it! And for the ones, who have it, get to know them better!

It is an irony that the first fact about these winsome beings has to begin with an end. Anyway, the oldest dog to have been survived, Maggie, died at the age of 30 years. That’s 133 years in human age!
Source: wikipedia 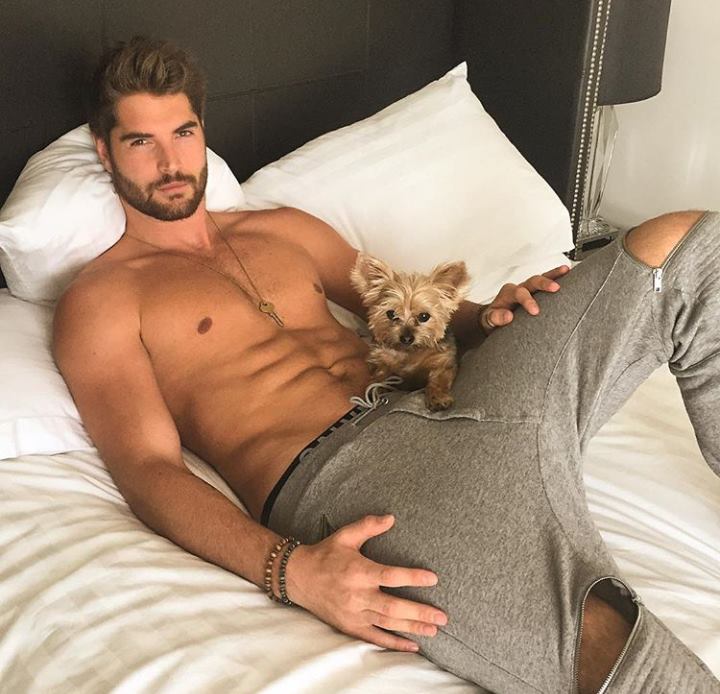 It is quite a popular shenanigan you see on the screens about girls being flattered by the gentleman carrying a dog. This theory actually stands true. According to a research, a guy is 3 times more likely to get a girl’s phone number if he has a dog with him. So guys, now you know the trick!
Source: nicolas.gueguen.free.fr, Image: yourspecialblog.com

According to the scientists, humans and dogs have been pals since 30,000 years! That was when wolves, ancestors of domestic dogs living today, were first tamed by ancient hunter gatherers, according to new genetic evidence.
Source: mirror.co.uk

In a survey it was found out that “Max” is the most popular name for the male dogs, whereas, “Molly” is the most preferred one for the females. This survey was conducted in the English speaking countries.
Source: psychologytoday.com

Dogs, along with cats, sweat from their foot-pads and nose. Is this why their nose is always wet? Absolutely correct!
Source: vetmed.wsu.edu

Dogs are incredible. They have 13 blood types whereas human beings have just 4! Out of these 13, 8 DEA (Dog Erythrocyte Antigen) are internationally recognized. And of these 8, DEA 4 and DEA 6 appear on the RBC of 98% dogs, thus serving as donors for most of the canine population.
Source: wikipedia

We all are aware of the fact that a dog’s hearing power is 4 times more than that of humans. So this musician called Paul Mccartney recorded an ultrasonic whistle at the end of the song “A Day in the Life” which was only audible to dogs.
Source: wikipedia

In South Carolina, the punishment for beating your dog is more than that of beating you wife. Well, we sure do live in a crazy world. Though it is important to protect animals too but one should rather focus on protecting the wives and other females and not just cats and dogs!
Source: slate.com

We knew about hearing but that was just 4 times. A dog’s smelling power is 10,000 times more than humans. Here we are, can’t even guess what we got for lunch today.
Source: pbs.org

Also Read: How Much Better is a Dog’s Sense of Smell than Humans?

10. Bonded Over Birth…and Work Too

South Korea’s airport and border crossings have deployed the world’s first cloned sniffer dogs to check for drugs. Six puppies cloned from a Canadian-born sniffer dog in late 2007 have reported for duty after completing a 16-month training program.
Source: bbc.co.uk

An academic report claims that Nazis considered dogs as intelligent as humans and even tried to train them to read, speak and spell. They just had to conduct dog to man telepathy after that.
Source: dailymail.co.uk

Abraham Lincoln’s dog, Fido, was assassinated too. In 1866, the dog came across a man who appeared to be sleeping on the sidewalk. He playfully approached the stranger and began to lick his face. The man, who was drunk at the time, awakened, saw the dog’s open mouth near his face and panicked. He drew a knife and stabbed what he imagined to be an assailant.
Fido did leave a legacy just like his master who became the symbol of common men everywhere who love democracy, Fido, or at least his name, goes on as a symbol of common dogs everywhere.
Source: psychologytoday.com

This world has two kinds of people, one who loves dog (dog-people) and the other who loves cat (cat-people). Illuminatingly, Google has stated themselves as “dog-people” in their code of conduct. Yay to dog people all around the globe!
Source: investor.google.com

Eating dogs and cats are mostly associated with China and Vietnam, but is it not unusual to catch a sight of people having dog meat as a snack in Switzerland too. Moreover, it is legal there.
Source: thelocal.ch

Husky-the dog associated the most with Antarctica but by treaty, they are now banned from Antarctica, the reason being that they might introduce new microorganisms or viruses. The treaty took place in 1994.
Source: nytimes.com

In the popular Titanic catastrophe, 3 dogs were saved out of the 12 which were on board.
Source: nytimes.com

The smallest living dog in the world, which is called “Brandy”, is just 15.2 cm in length. She is a Chihuahua and lives with its master in Florida, U.S.A.
Source: guinnessworldrecords.com

The puppy-dog-face your dog makes when you eat something, hoping for a handout is just irresistible. Go ahead by all means but the only thing that you have to hold back on is chocolate. Vets say that it is one of the most common causes of poisoning in dogs.
Source: petswebmd.com

Maybe the Nazis were not all wrong. A dog can be as smart as a two-year old human child (unfortunate for Nazis). Average dogs can learn 165 words (similar to a 2-year-old child), including signals and gestures.
Source: livescience.com

A dog crossbred with a coyote is called a “coydog”. Very coy, eh?
Source: wikipedia

Want to know which of your dogs broke the vase? Be an FBI and catch him with his nose prints! Yes, every dog has a unique one.
Source: rd.com

Can’t bark? No problem, yodel instead! Basenji is the only breed of dog that can’t bark but yodels instead.
Source: youtube.com

Labrador is the most popular breed in the United States.
Source: wikipedia

Dog don’t just see in black and white, they can see in blue and yellow too! That’s quite a combination they are making.
Source: wikipedia

“A dog is a man’s best friend” can be proved by the story of Bill Irwin and his German shepherd named Orient. Irwin is the first blind person to complete the 2,100 mile hike through the Appalachian Trail led by Orient. Isn’t THAT called friendship?
Source: rd.com

A service dog named “Kirsch” received an honorary master’s degree in mental health counseling for attending all of his master’s classes.
Source: factsabout.com 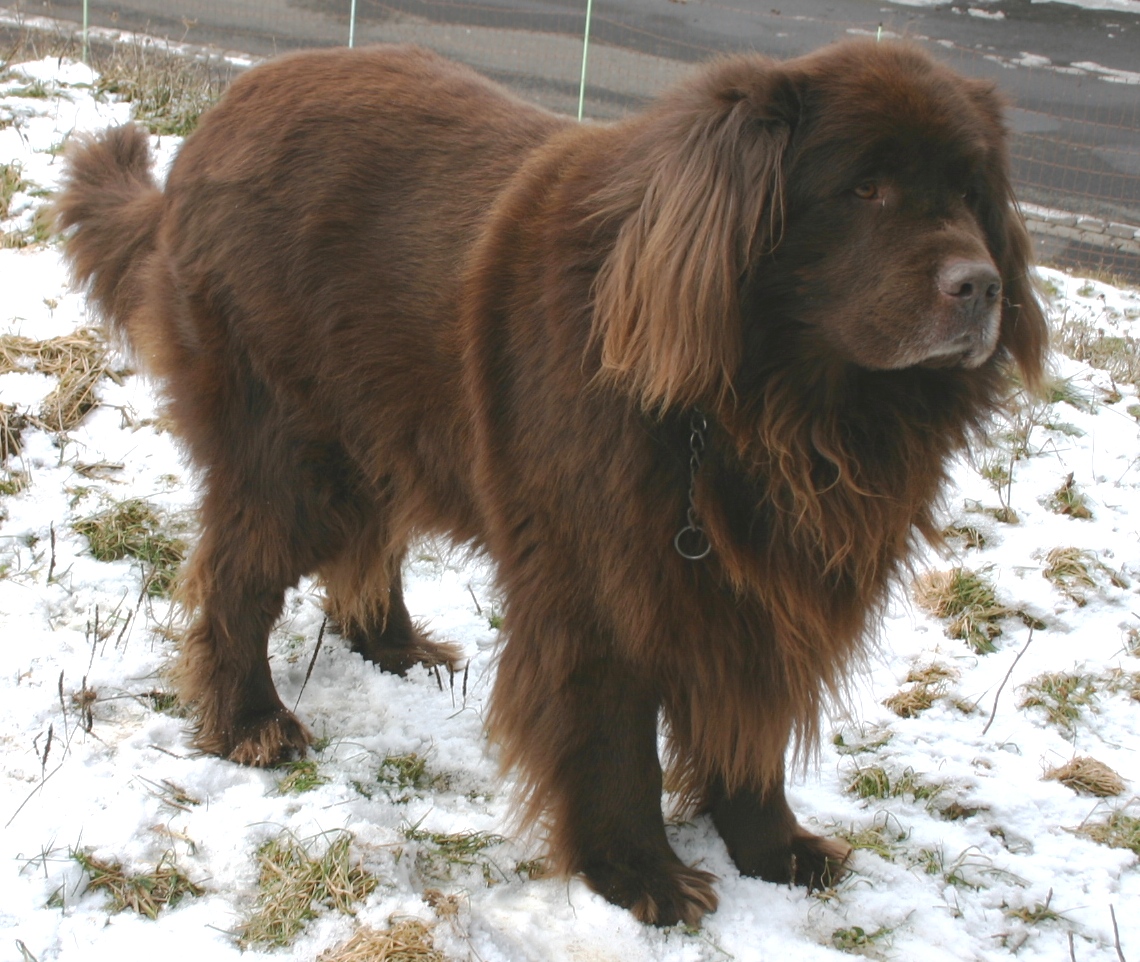 Krishna - January 4, 2017
0
When It comes to Rose Parade, People from all around the world rush to Pasadena, California. Flower-covered floats, Marching bands, Equestrian units and is...