Situated on the southeast coast of Persian Gulf, Dubai is the most populous city of the United Arab Emirates. It is a cosmopolitan oasis of ultramodern architecture and luxury lifestyle. Dubai is, in fact, a gleaming microcosm peacefully shared by various cultures from all corners of the world. It’s an alchemy of futuristic vision and profound traditions. Besides being the cultural hub of the Persian Gulf, Dubai has a bag full of interesting facts. Here are some interesting facts about Dubai worth knowing: 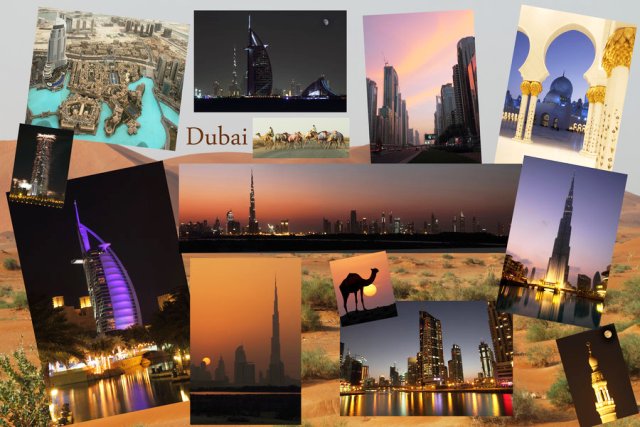 In 1991, Dubai had only one tall building, but now they have over 400 skyscrapers making Dubai one of the fastest growing cities in the world.
Source: Wikipedia

2. Home to the world’s tallest building!

Burj Khalifa in Dubai is the tallest building in the world with a height of 828 m (830 m to tip) and 163 floors. Burj Khalifa is also home to the world’s highest restaurant, highest mosque, highest nightclub, and highest observatory deck.
Source: Wikipedia

3. Longer wait to break the fast during Ramadan

Apparently, Burj Khalifa is so tall that some of its residents living on the 150th floor and higher can see the sun for longer than those living on lower floors. Consequently, they could not break their fast at the same time and have to wait longer.
Source: businessinsider.com

Burj Al Arab is the only hotel in the world with a 7-star rating. It is said to be the most luxurious hotel in the world. A striking 1,790 sq. mt. of the hotel’s interior is decorated with 24-carat gold leaf.
Source: Wikipedia 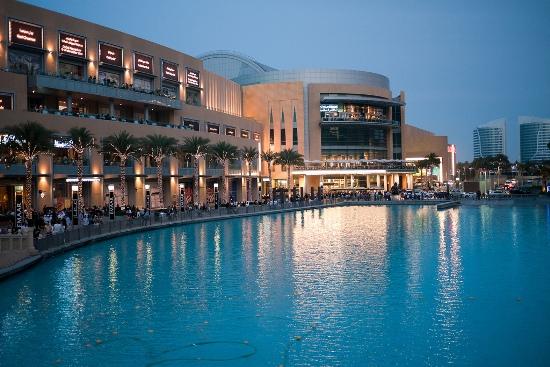 The Dubai Mall is the largest shopping mall in the world with more than 1,200 stores of many major brands and designers.
Source: Wikipedia, image: Flickr

The famous Palms Jumeirah, the palm tree shaped island is the largest human-made islands in the world and is visible from space.
Source: Wikipedia, image: Flickr 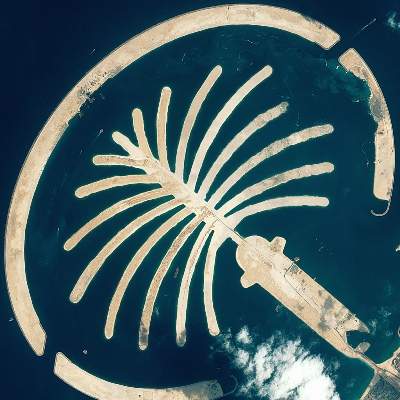 For a fun fact, the construction of artificial palm islands in Dubai needed 94 million cubic meters of sand, which is equivalent to filling 2.5 empire state buildings.
Source: businessinsider.com, image: Flickr 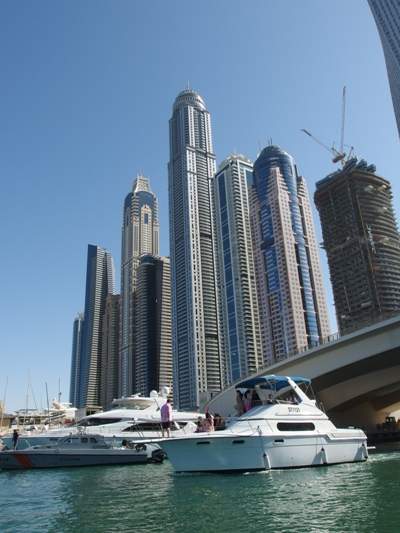 Princess Tower in Dubai is the tallest residential-only building in the world and also the second tallest building in Dubai.
Source: Wikipedia, image: wikimedia.org 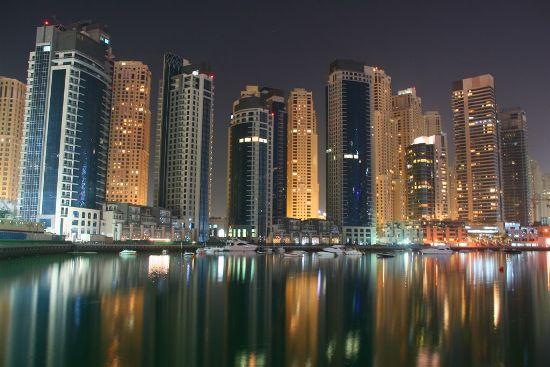 Dubai is developing so fast that 1 out of every 4 cranes on earth is located in Dubai. Around 25% of the world’s total cranes are operating in Dubai in various constructions.
Source: businessinsider.com, image: wikimedia.org 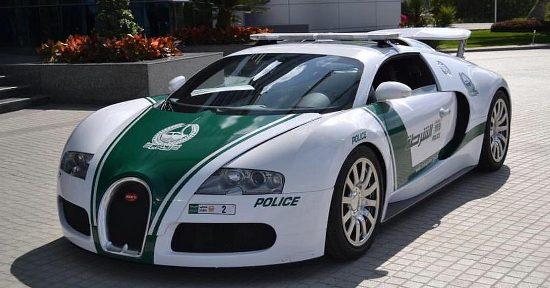 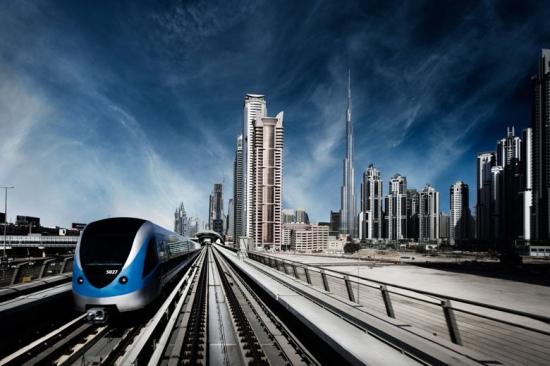 Yes, you heard it right! If you live in Dubai, you don’t have to pay any personal income taxes.
Source: thecrazyfacts.com

Dubai Miracle Garden is the world’s largest natural flower garden. Spread over 72,000 square meters and having more than 45 million flowers it is a major tourist attraction in Dubai
Source: Wikipedia, image: Flickr

Online shopping is a hassle in Dubai as it does not have an address system. Instead of a line for writing address, there is a space to draw a map or leave instructions like – “My house is second from the mosque.”
Source: grabhouse.com

You will find many ATMs in Dubai that dispense gold bars.
Source: grabhouse.com, image: wikimedia.org 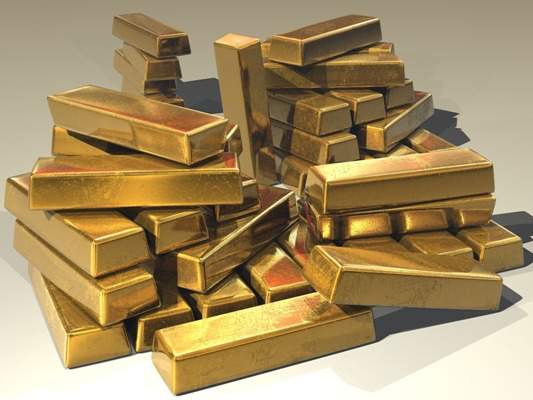 In 2013, 40% of total physical gold is traded in Dubai and it weighed around 2,250 tons. That’s equivalent to the weight of 354 elephants.
Source: wonderfulengineering.com

There are no potholes or drains in Dubai as it rains only once or twice a year and that too in the winter season. So, be prepared for flash floods on a rainy day.
Source: quora.com 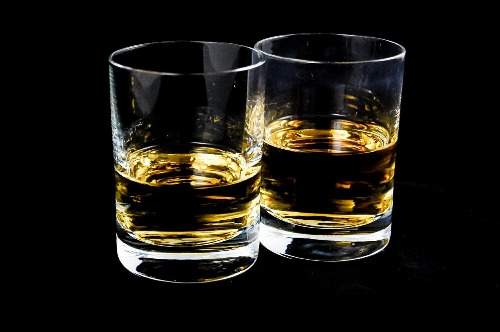 To enjoy a drink, even at the comfort of your home you must obtain a liquor license in Dubai.
Source: quora.com

Now, for a surprising fact, local people, called Emiratis, are in the minority in Dubai. Emiratis are just 15% of the total population. The majority of the population is split between India, Bangladesh, Pakistan and Western countries.
Source: Wikipedia 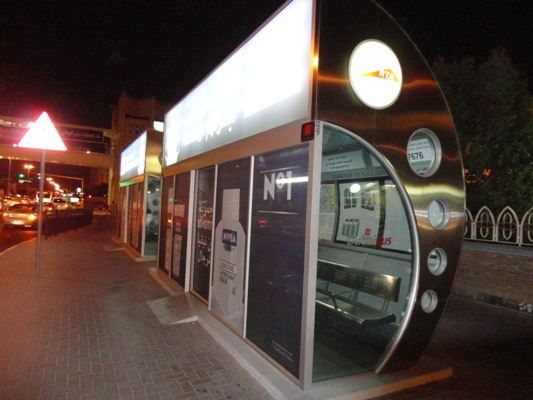 Air conditioning is not only limited to buildings in Dubai. Due to hot weather conditions, even bus stops in Dubai are air conditioned.
Source: grabhouse.com, image: wikimedia.org

Shukla Sundeep - July 18, 2015
0
The Step Pyramid at Chichen Itza Yucatan Peninsula, Mexico, crowned by temple was part of one of the greatest Mayan centers. About 125 km...