One of the most wealthy and persuasive figures in the 12th century Europe- Eleanor of Aquitaine, is considered the most intelligent Duchess of Aquitaine. In her childhood, Eleanor was crowned as the Duchess of Aquitaine, the biggest and richest region of France, making her the most eligible single of her generation. Later on, she gained the title of queen consort of France and England as well. Eleanor was well educated and responsible for establishing and promoting the courtly culture of chivalry and played a key role as a military adviser to her sons. Here are some interesting facts about Eleanor of Aquitaine: 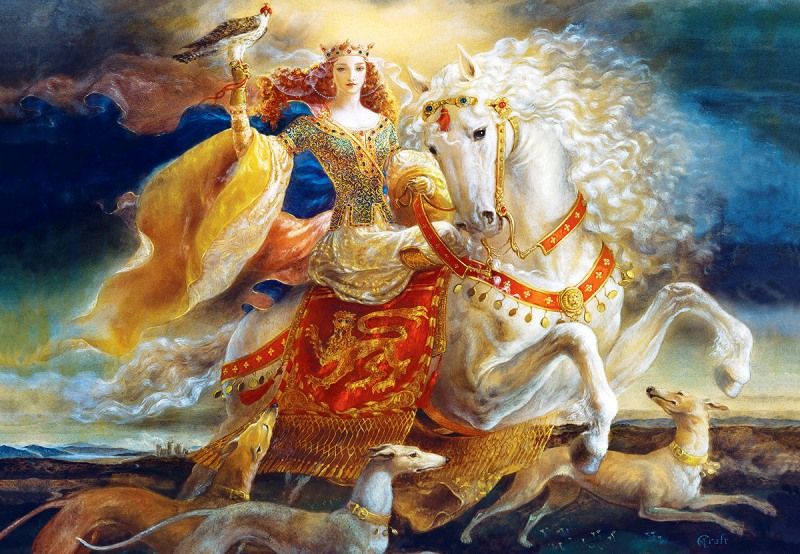 1. Birth of the young Duchess of Aquitaine

Eleanor was most likely born in the year 1122 in Southwestern France and was a member of the Ramnulfid dynasty. She was the eldest of three children and the daughter of William X, Duke of Aquitaine and his wife, Aenor de Châtellerault.
Source: heroinesofhistory.wikispaces.com 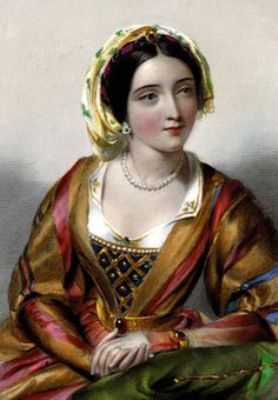 Eleanor’s father made sure that she had an enlightened upbringing to prepare her for her future role as the Duchess of Aquitaine. She mastered various skills, including dancing, singing, music & literature and was well trained in riding, hawking, and hunting. She was also taught to speak and read Latin, although her first language was Poitevin.
Source: Wikipedia

Eleanor became the heiress presumptive of her father province at the very young age as her mother, and four-year-old brother passed on in the spring of 1130 and the only legitimate sibling left was her younger sister Aelith, also called Petronilla.
Source: Wikipedia 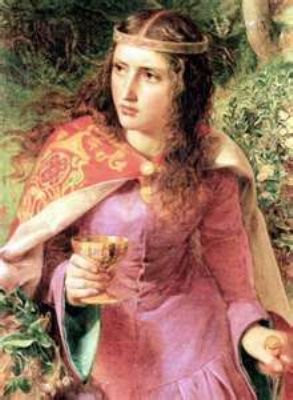 In 1137, The Duke of Aquitaine passed away when he was on a holy journey, thus leaving the tag of Duchess of Aquitaine in his daughter’s name Eleanor along with the extensive lands making her the most eligible single woman in Europe.
Source: history.com

5. The Queen Consort of France

Eleanor of Aquitaine married Louis, son of King Louis VI. Barely a month after the marriage, ailing Louis VI passed away on August 1, 1137. Thus, Prince Louis became the King Louis VII of France and Eleanor as his Queen consort. They were crowned the same year on the day of Christmas.
Source: encyclopedia.com

During the first years as rulers, King Louis VII and Eleanor confronted power brawls with their own vassals the ‘Count Theobald’ of Champagne and with the ‘Pope’ of Rome.
Source: history.com

King Louis VII and Eleanor remained married for a few years, and Eleanor bore him another daughter, not a son placing more stress on their marriage due to the fear of being left without an heir.
Source: encyclopedia.com, image: englishhistoryauthors.com

8. End of the First Marriage

The marriage was doomed now. Louis bowed his head to the inevitable as he faced increased criticism of Eleanor. On 21 st March, the Pope granted the annulment of marriage from consanguinity. The custody of their two daughters was given to King Louis VII, and Eleanor continued to rule the Aquitaine.
Source: Wikipedia

After eight weeks of the annulment of Eleanor’s first marriage, she married Henry, Duke of Normandy and future king of England on 18 May 1152 without a big pomp and showed that suited their ranks.
Source: history.com

10. Eleanor – The Queen Of England

On October 25, 1154, Henry became King of England and Eleanor became his Queen consort after the death of King Stephen.
Source: history.com, image: wikimedia.org

11. Another blow to the Marriage

Although the exact reason for separation was unknown, it is said, that in late 1166, Henry’s ill-fated affair with Rosamund Clifford became known to Eleanore and the marriage became terminally strained between the two. In 1167, Eleanor separated from Henry and left to her own lands, Poitier’s.
Source: heroinesofhistory.wikispaces.com, image: wikimedia.org

After Eleanor had left Henry, she established a new type of court called the Court of love in Poitiers, where Eleanor and her daughter Marie encouraged the culture of Chivalry troubadours and courtly love that had a far-reaching impact on, poetry, literature, music, and folklore. However, the existence and motives of such courts are debated.
Source: slideshare.net

The rumors about Eleanor being actively supporting her son’s plans against her estranged husband and suspicion to have played a role in the death of the Rosamund, beloved mistress of Henry were the reasons for her arrest. She was imprisoned for next 16 years in England.
Source: history.com, image: wikimedia.org

14. The release of Eleanor

On July 6, 1189, Henry II, the King of England, passed away and Richard I, his undisputed heir became the King. One of Richard’s first tasks as a king was to release his mother from prison and reinstate her to full freedom. Eleanor ruled England as Richard’s regent as Richard went off on the Third Crusade which had hardly begun as his father expired.
Source: Wikipedia, image: britroyals.com

15. Finally, in the arms of Heaven

Eleanor retired from public life and took the veil as a nun at Fontevraud until her death in 1204. She was buried in Fontevraud Abbey next to her spouse Henry and her son Richard. Her tomb effigy shows her reading a Bible can be found there till today.
Source: heroinesofhistory.wikispaces.com, image: wikimedia.org

Shukla Sundeep - July 13, 2015
0
Located on the east bank of the Hooghly River, Kolkata truly holds the essence of Eastern India. Being a historical city, Kolkata is home...