1. Used to be a Kingdom: Kingdom of Kaffa

Once on the southern part of the Ethiopian Highlands, there was a kingdom named the Kingdom of Kaffa a medieval-early modern state, whence the coffee plant was exported to the Arabian Peninsula. The land is very fertile, capable of three harvests a year.
source: Wikipedia

The Ethiopian Highlands began to rise 75 million years ago, as magma from the Earth’s mantle uplifted a broad dome of the ancient rocks of the Arabian-Nubian Shield.
source: Wikipedia

Ethiopia is a landlocked nation located in north-eastern Africa in an area known as the Horn of Africa. Ethiopian Highlands span across the most of the Horn of African Region.
source: geography.name, image: cargill.com

4. Native To Many Living Species

For the first time, Early Human Species appeared in Ethiopia and Ethiopian Highlands are native to many living species like bird species such as the wattled Ibis and the blue-winged goose are found here. Ethiopian wolf and the Gelada Baboon are also natives of the highlands and are found nowhere else in the world.
source: ehow.com, image: cdn.c.photoshelter.com, image: planetstillalive.com 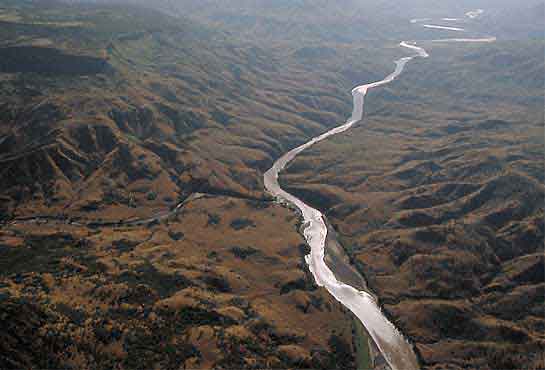 The Blue Nile also courses through the northern part of the highlands. The Blue Nile is so-  called because floods during the summer monsoon erode a vast amount of fertile soil from  the Ethiopian Highlands.
source: Wikipedia, image: nationalgeographic.com

Simien Mountains National Park is one of the national parks of Ethiopia. It is situated in the Semien (North) Gondar Zone of the Amhara Region, its territory spans the Simien Mountains and includes Ras Dashan, the highest point in Ethiopia. National Park is home to some endangered species incorporating the Ethiopian wolf and the Walia ibex, a wild goat found nowhere else in the world. The gelada baboon and the caracal, a cat, also occur within the Simien Mountains and some species of endangered birds like bearded vulture or lammergeier inhabit the park.
source: simienmountains.org, image: jenmansafaris.com

7. Home To 80% of Africa’s Tallest Mountains

8. Exporters of Coffee and Teff

The cultivation of coffee, Ethiopia’s main export, and teff, an endemic grain runs on a large scale. This is causing several land problems such as droughts and soil erosion.
source: pbs.org

9. It Has Never Been Colonized

The Ethiopian Highlands home, Ethiopia, is the only country in Africa never to have been colonized.
source: prezi.com

The popular saying “Ethiopia-13 Months of Sunshine” is derived from Ethiopia’s all year round mild climate with a lot of warm sunshine and a calendar system that has 13 months. With approximately 850 mm (34inches) of rainfall, the countrywide average annual rainfall is moderate.
source: diversitytoursethiopia.com

Ethiopian Highlands are suffering from deforestation, drought, and soil degradation which have caused crop failures and famine during the past few decades; seven million people face starvation.
source: travel.nationalgeographic.com

The Ethiopian Highlands are a rugged mass of mountains in Ethiopia, Eritrea (which is sometimes referred to as the Eritrean Highlands).
source: worldatlas.com, image: static.panoramio.com

Keerti - January 23, 2019
0
When somebody mentions Korea, the things that suddenly come to your mind might be the famous 'Kim Jong-un of North Korea' or 'Gangnam Style'...

27 Interesting Facts About World War I