A rather fascinating, amusing and adventurous creature, Ferrets are quirky little animals belonging to mustelid family including weasels, minks, badgers and Wolverine. They are inquisitive, playful and endlessly amusing. Here are some interesting facts about ferrets worth knowing: 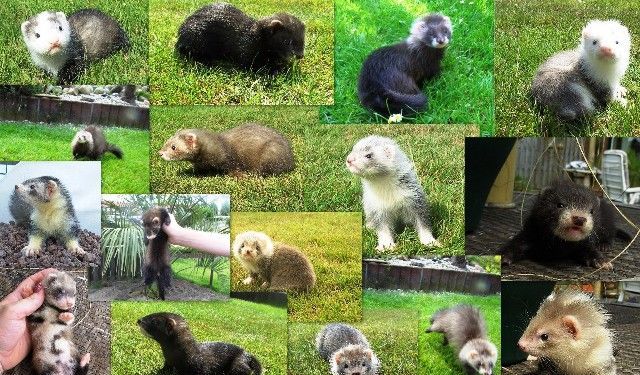 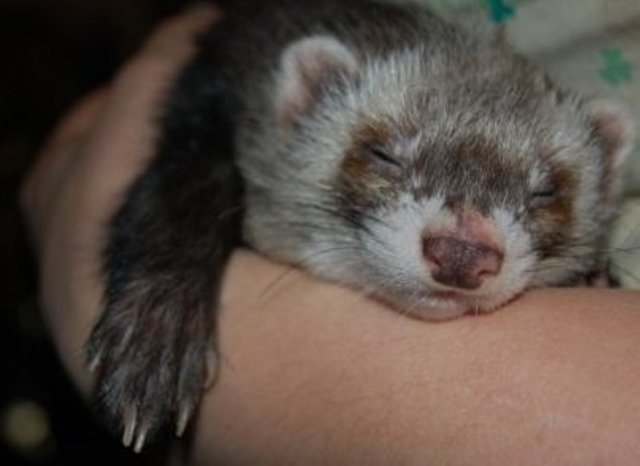 Ferrets love to sleep. They usually doze off for 14-18 hours in a day. If only humans could do this too.
Source: lovethatpet.com, image: ferret-world.com 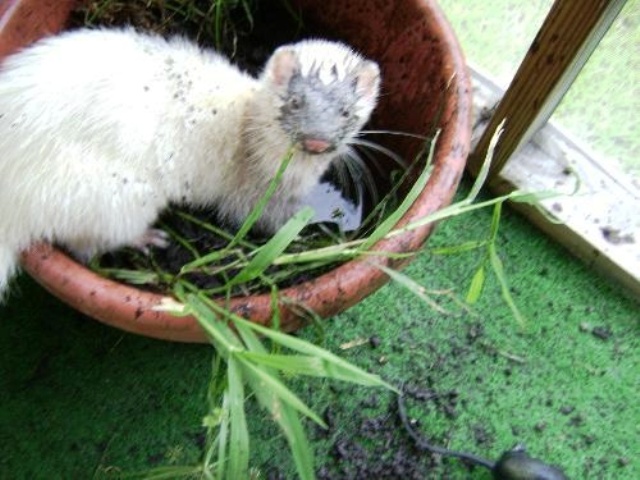 The Latin name for Ferrets which is Mustelaputoriusfuro means “smelly little thief” which is quite appropriate. By nature, they are hoarders and love to steal things and hide them in secret places. If you have a pet ferret and a missing key, you know who to blame.
Source: pets4home.co.uk, image: pinimg.com

In the wild, Stouts and Ferrets perform a hypnotic dance, which throws their prey in a trance. They arch their back, puff their tails and move from side to side.
Source: mentalfloss.com 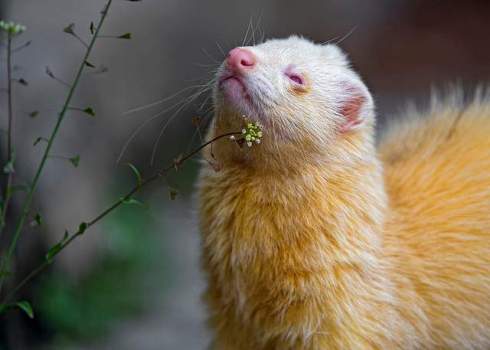 Ferrets have a reputation to be stinky and smelly. They have a distinctive musky odor which comes from their skin glands.
Source: petresearch.net, image: Flickr

5. It’s illegal to own a ferret at some places 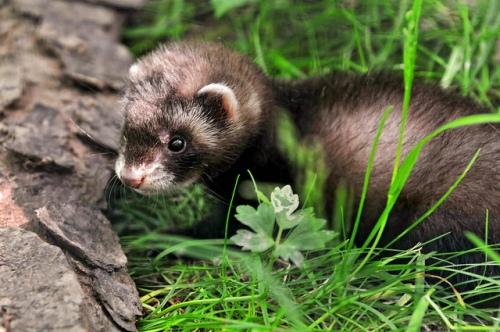 Even though ferrets are one of the popular pets in the USA; it is illegal to own a ferret in New York and the state of California.
Source: listverse.com, image: Flickr 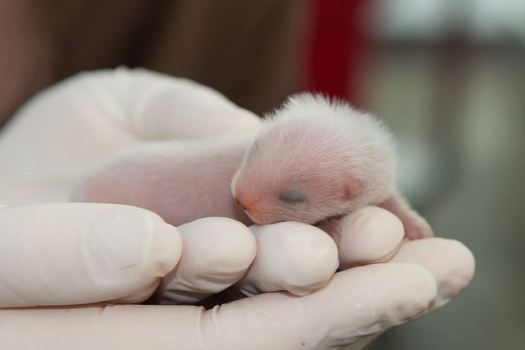 A newly born ferret is so small in size that it can be fit in a teaspoon. Small ferrets can squeeze themselves into a hole of less than one diameter.
Source: peteducation.com, image: Flickr 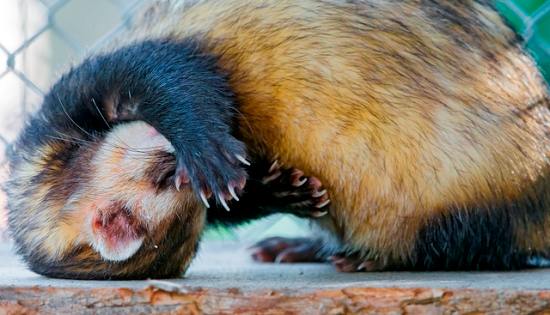 Ferrets have no inherent fear of humans and are considered very gregarious and social animals. They can learn tricks if trained properly.
Source: peteducation.com, image: Flickr

8. Ferret legging is a horrible sport 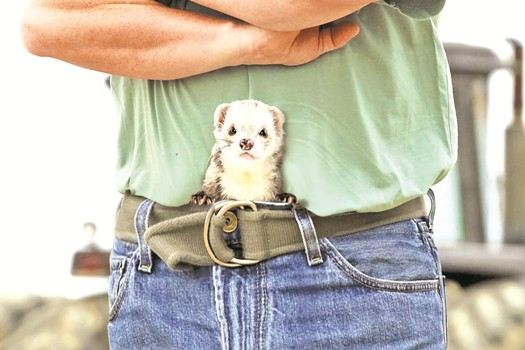 A horrifying sport by the name of “Ferret Legging” is played in various places around the world. The participants drop two live ferrets into their pants which are clinched off from ankles and waist. The animal bites to get free and the winner is one, who withstands the torture for the longest time.
Source: listverse.com, image: nypost.com 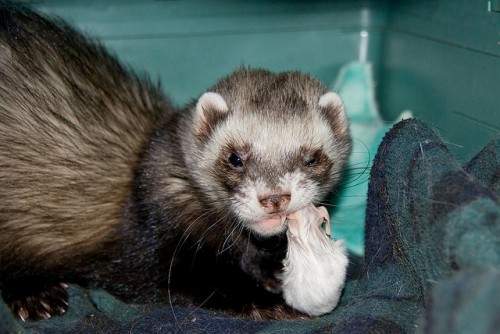 Unlike other domestic pets, ferrets are carnivores. They love to hunt and eat small animals in the wild. Domestic ferrets are fussy eaters.
Source: pets4home.co.uk, image: Flickr

10. Some Ferrets are Professionals 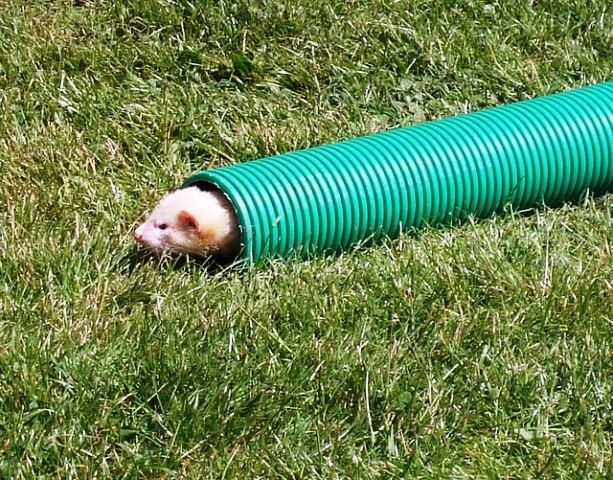 Ferrets love burrowing, and this skill is used professionally. When wires cannot be pushed through tunnel rods, ferrets are used to pull wires through underground tunnels and help lay the wires.
Source: mentalfloss.com, image: geograph.org.uk

The great Queen Victoria had albino ferrets and even gifted them to her near and dear ones.
Source: interestingfunfacts.com

12. A group of Ferret is called “Business” 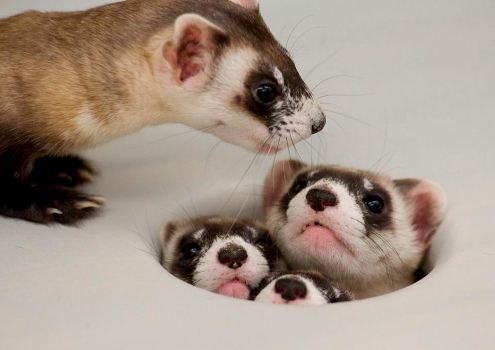 13. Ferrets can have distinctive health problems

Ferrets are known to suffer from a lot of health problems. Cancers affecting adrenal glands, pancreas and lymphatic system are most common among other.
Source: Wikipedia

14. Ferrets were earlier domesticated for hunting 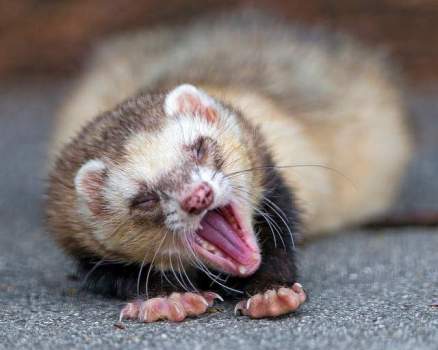 In the earlier times, ferrets were domesticated as they help in hunting. They are well equipped with running down the holes and driving other animals like rats and rabbits out of their holes.
Source: Wikipedia, image: Flickr

15. Ferrets are not trusted around babies 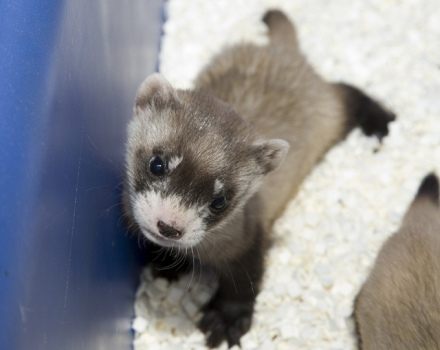 Even though ferrets are great pets for adults; they need to be kept away from babies. Several reports have shown that pet ferret attack babies in the absence of parents.
Source: mentalfloss.com, image: Flickr 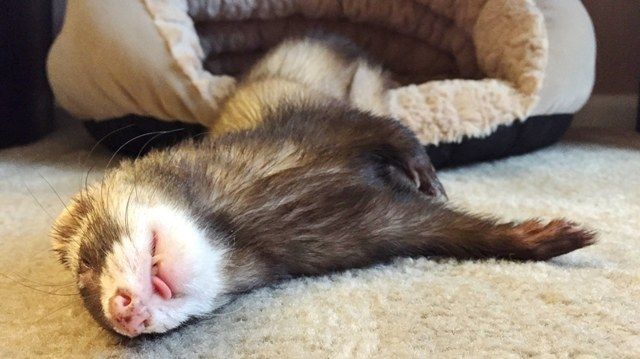 So, we have established that ferrets love to sleep but did you know that ferrets can give an impression of being lifeless while sleeping. They cannot be wakened even when picked up or jolted.
Source: peteducation.com, image: i.ytimg.com 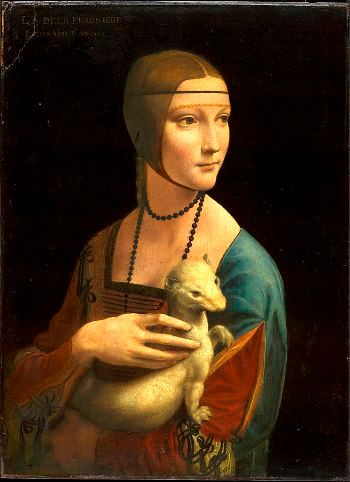 It is believed that in one of the famous painting of Vinci’s, “Lady with an Ermine,” the painter depicts ermine as a ferret. What a muse!
Source: facts.randomhistory.com, image: wikimedia.org 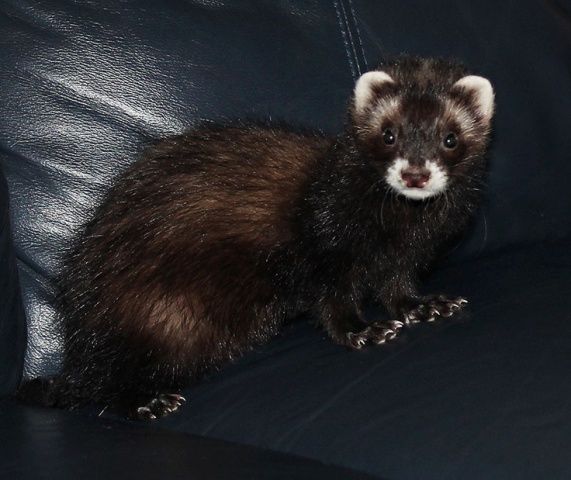 Ferrets love the dark places and are often fascinated by cupboards or recliners. They prefer to go in a dark room to sleep.
Source: slideshare.net, image: pinimg.com 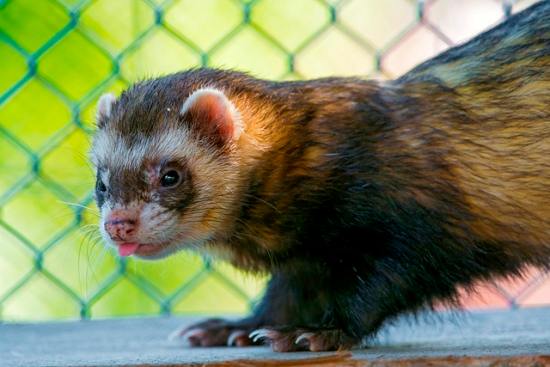 Ferrets are known to be very temperamental. The usual behavior of ferrets is affected by its moods, sentiments, and temperament. Now that is a lot of work for the owner of a ferret!
Source: slideshare.net, image: Flickr

Krishna - December 12, 2018
0
Located in Livingston and Wyoming counties of New York, Letchworth is one of America's greatest treasures. Surrounded by lush forests and scenic beauty, Letchworth...

10 Interesting Facts About Queen Of Sheba