Hooked, cooked, or as pets, fish have always been an integral part of human life. One of the unique creatures, fishes, comprise one of the largest and most diverse categories in vertebrates. Living in the depth of water bodies all across the earth, they truly are amazing, intriguing and fascinating animals. They come in all shapes, colors, and sizes and are considered a good luck charm for having as pets. Here are some of the interesting facts about fish worth knowing: 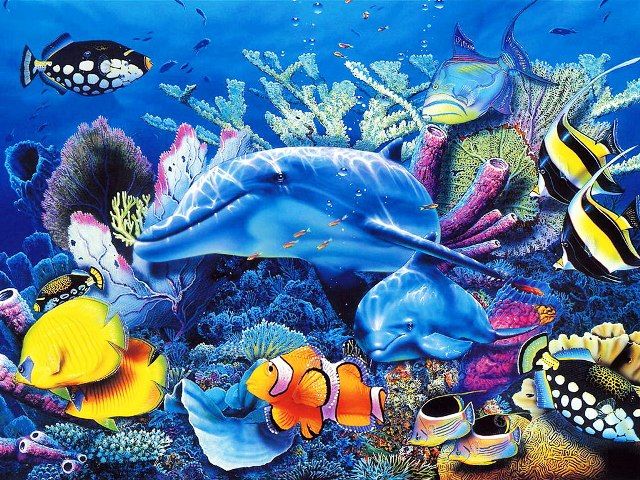 1. The oldest inhabitors on Earth 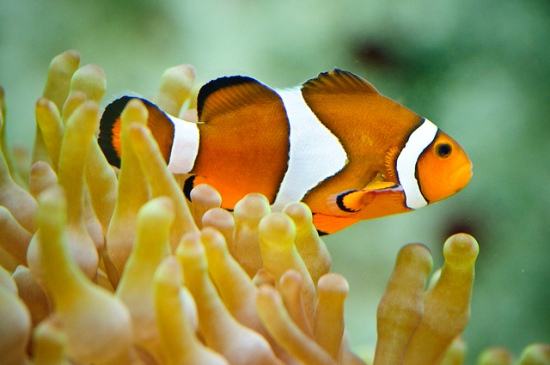 Fishes have been present on Earth for the last 450 million years. They were present long before the Dinosaurs roamed the earth.
Source: peteducation.com, image: Flickr

Well, ladies, give thanks to the fishes as your precious component of makeup, the lipsticks, contain fish scale which contributes to your sassy look.
Source: facts.randomhistory.com. image: scottsutton.net

3. Fishes have taste buds all over their body 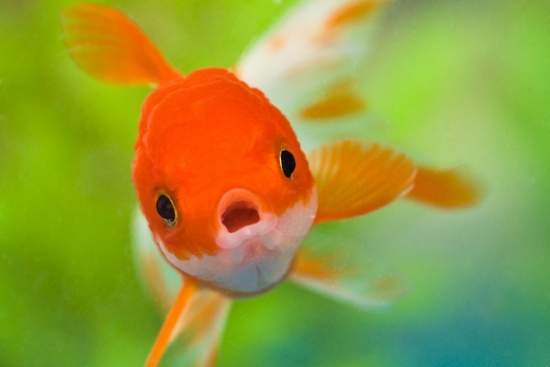 Did you know that fishes have the ability to taste without even opening their mouth?
This truly is amazing.
Source: factslides.com, image: Flickr

To be less visible in the water, most fishes are counter shaded. They are darker on top, lighter or silver on their sides and brightest on their bellies.
Source: smithsonianscience.si.edu,image: Flickr 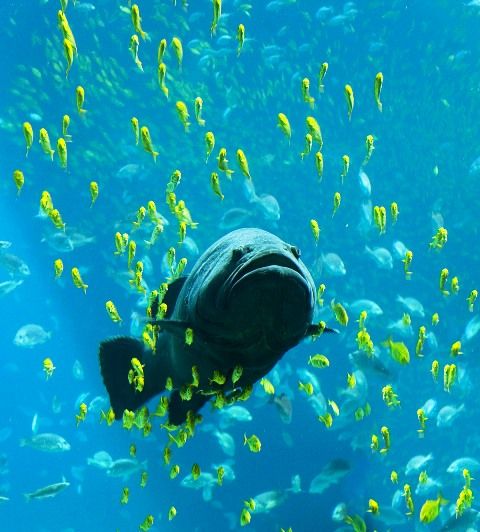 Fishes are found in more species than all the other species of amphibians, reptiles, birds and mammals combined. There are approximately 32,000 different kinds of fishes.
Source: sanctuaries.noaa.gov, image: wikimedia.org 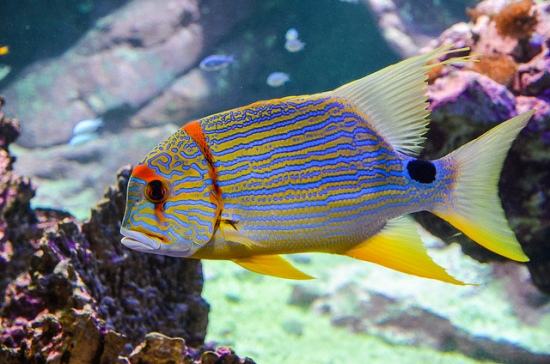 Fishes have a special sense organ, the lateral line which is like radar and helps fishes to navigate in dark or murky water.
Source: peteducation.com, image: Flickr 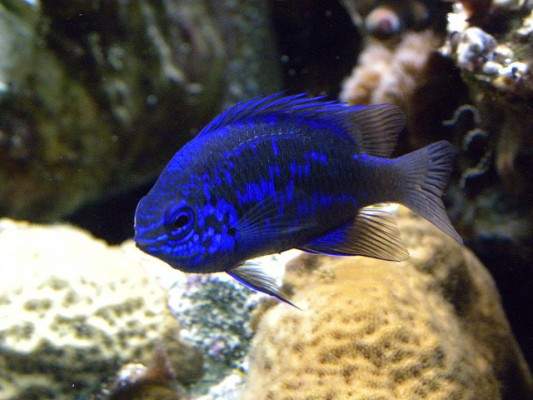 Some fishes are known to change their sex during their life. That is purely strange, isn’t it?
Source: factslides.com, image: Flickr

8. Some fishes need to swim continuously

Sharks and some other fishes do not possess air bladder which helps them to keep afloat. Therefore, they must keep swimming continuously or rest on the bottom.
Source: sanctuaries.noaa.gov

Fishes are supposed to have an excellent sense of touch, taste and sight. Some even have a good sense of hearing and smell. And what is more intriguing is that fish can feel pain and experience stress just like other mammals and birds.
Source: kidskonnect.com, image: Flickr

It would be weird to say that fishes can drown, but that can happen. If there is not enough oxygen dissolved in the water, they can be drowned.
Source: quora.com 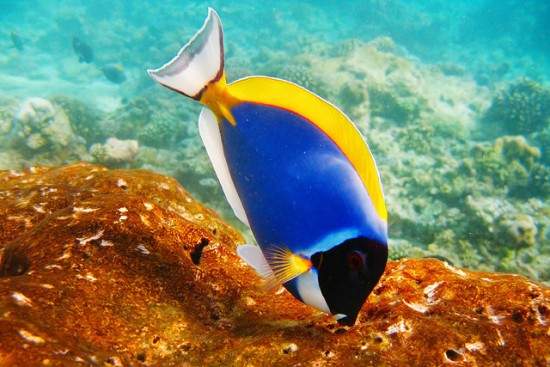 Fishes could suffocate and die if they tried to chew because chewing would interfere with their passing of water over their gills.
Source: randomhistory.com. image: Flickr

A special kind of fish, Puffer fish, contains enough poison to kill 30 people. The toxin found in this fish is 1200 times deadlier than the Cyanide.
Source: factslides.com, image: wikimedia.org

13. Fishes make lot of noises even without vocal cords 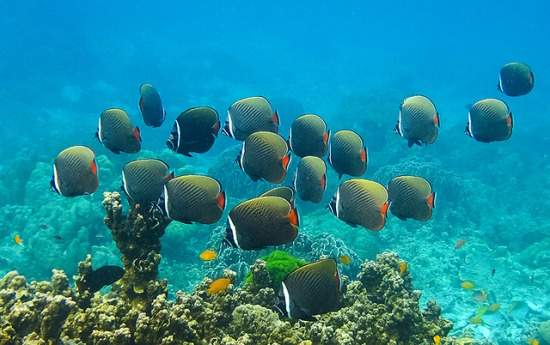 Fishes make a lot of noises to convey their messages. Even though they don’t have vocal cords, they use other parts to moan, grunt, boom, hiss, creak, shriek and wail.
Source: randomhistory.com. image: Flickr

A curious event of “RAIN OF FISH” occurs every year in the city Yoro in Honduras where hundreds of fishes rain from the sky.
Source: Wikipedia. image: schwartzhonduras.weebly.com 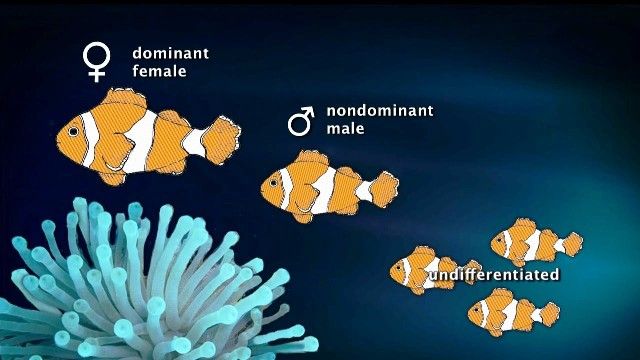 In a recent research, it was found out that about one-third of male fishes in British rivers are changing sex due to sewage and pollution in the rivers.
Source: factslides.com, image: i.ytimg.com

16. A fish that can live without water! 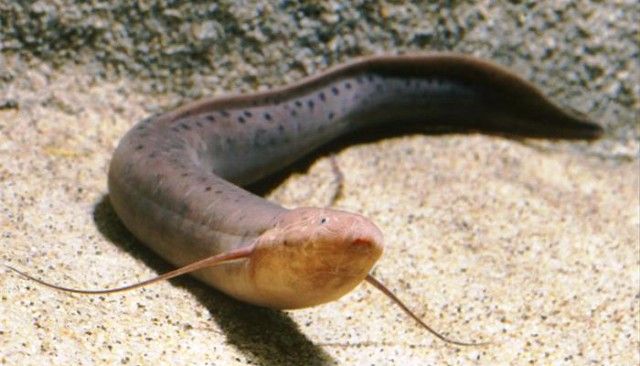 Lungfish can live without water for several days. It can survive on land because it has both gills and a lung. It takes in air with its lung through a tube (called breathing tube) that leads to the surface.
source: britannica.com, image: icdn.hu 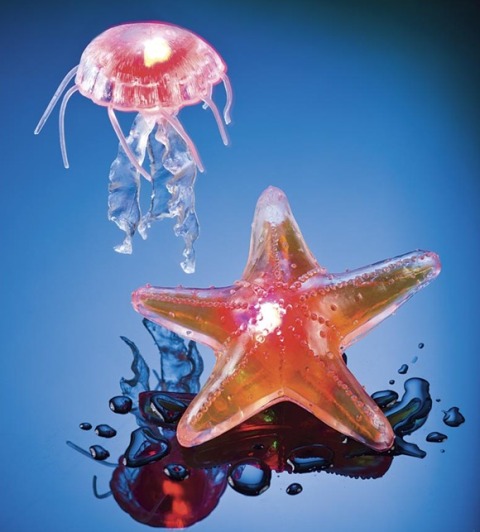 If you proud on your car-speed then hold for a moment as the Sailfish can beat your car. the Indo-Pacific Sailfish, Istiophorus platypterus, is considered world’s fastest fish with an average speed of 110 km/hr.
source: thetravelalmanac.com

Seahorses move so slowly that one can barely notice and that’s the feature, which makes them the slowest fish in the world.
source: factretriever.com

Shukla Sundeep - November 4, 2015
0
Osama Bin Laden, the founder of Al Qaeda, a fundamentalist Islamic leader, chief convict of the 1998 bombings of US embassies in the East...