The Perfect location, Point of Snow, Ski, bungee jumping and entertainment. This is about the Great Dividing Range. When we think of this vast range, this causes jubilation inside us. The range comprises of a series of low-level peaks and plateaus running parallel to the beautiful coasts of Queensland. The range’s scenic beauty is picturesque and has many interesting facts. Let’s explore a few facts about this enormous The Great Dividing Range or The Eastern Highlands or The Eastern Cordillera.

The Great Dividing Range, is Australia’s most substantial mountain range and the third longest land-based range in the world. The range spans more than 3,500 kilometers (2,175 mi) from Dauan Island off the northeastern tip of Queensland, running the entire length of the eastern coastline through New South Wales, then into Victoria and turning west, before finally fading into the central plain at the Grampians in western Victoria.
source: Wikipedia, image: Youtube

Some of the most popular attractions in these mountains are Echo Point at Katoomba with incredible views of the Jamison Valley and the Three Sisters, Blue Mountains National Park and Kanangra Boyd National Park.
source: mountainprofessor.com, image: 4.bp.blogspot.com

5. Most Fertile Part of Australia

The Great Dividing Range is the Australia’s most fertile region. This region gives the largest shares in Australian Economy. The Range has rich resources for agriculture, logging, and mining. Australia’s principal rivers run through the Range. The river system provides water for irrigation for drier lands on the range’s western slope, and power for hydroelectric power plants.
source: thefreeresource.com

The Great Dividing Range has its origins many millions of years ago when the continents of earth were fused together as the Gondwana land mass. This was just after the extinction of the Dinosaurs and during the time that early forms of the humans first appeared.
source: www.australia.gov.au

7. Survivors of the Gondwana 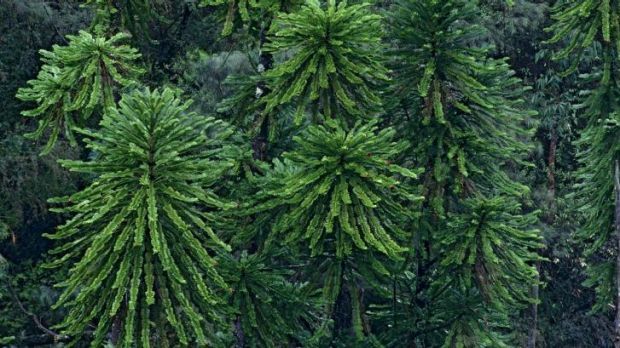 The ranges are also home to some amazing species of animals and plants that are survivors of Gondwana. The Wollemi Pine recently found growing in a gorge of the Blue Mountains, is a living dinosaur of the plant world. Twenty-three of the 35 known species of the carob beetle live on the top of Great Divide.
source: australia.gov.au, image: www.smh.com.au

The Bunya Mountains, Blue Mountains, Liverpool Range, McPherson Ranges and the Moonbi Range are some of the smaller spurs and ranges that make up the greater dividing range.
source: newworldencyclopedia.org, image: www.planforme.it

Some of the rivers which flow west of the ranges include the Flinders River, Hastings River Herbert River, and Lachlan River. Rivers that flow east into the Pacific Ocean include the Brisbane River, Richmond River, Hawkesbury River, Snowy River, the Mary River, Murray and Darling Rivers.
source: newworldencyclopedia.org, image: econews.com.au

Shukla Sundeep - August 17, 2015
0
Paris Hilton is an American TV star, actress, singer, DJ, and author, also known as 'The Heiress' as her great-grandfather was Conrad Hilton, the...