The Great Wall of China is counted as one of the seven wonders of the world; mainly because of its heritage and the scale on which it was made. It’s a perfect symbol of China and its vivid history. Let’s explore some interesting facts about this Great Wall: 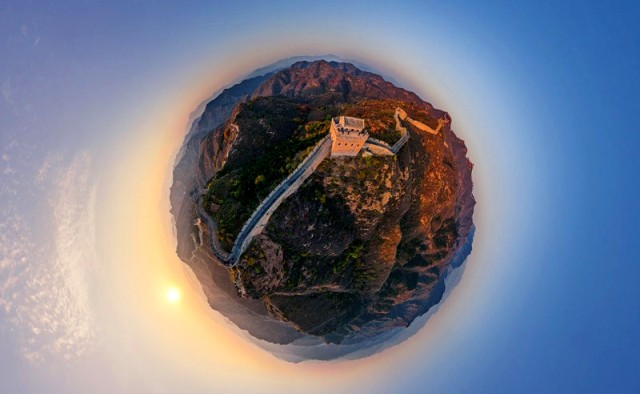 1. One Of The Oldest Wonders Of The World!

It is estimated to be incepted about 200 BC during the dynasty of Qin; this is why it is even referred to as a medieval wonder.
Source: Wikipedia

2. The Purpose Behind Its Construction

Although there are no concrete reasons behind its construction, it has been assumed that the Wall was made to protect civilians, expand defense system and border from foreign penetration, etc.
Source: travelchinaguide.com

3. The Person Behind Its Idea

Qin Shi Huangdi of China, an emperor, wanted a long-wall-like structure to act as a shield to the border’s boundary and the structure was later continued by different dynasties.
Source, Image: Wikipedia

4. Millions Are Buried Under The Wall! 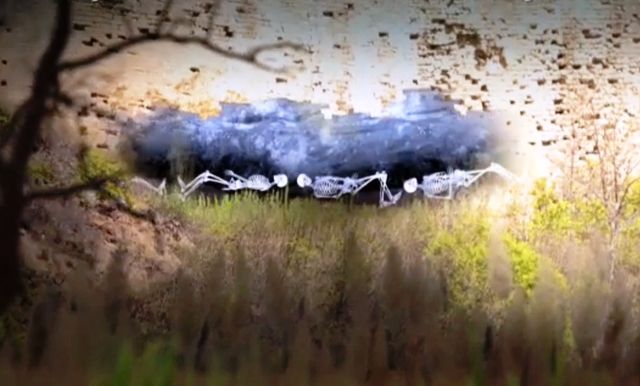 According to sources, during its construction, about 1/5 of the Chinese people were forced to build it. Since most people were unprofessional to do such a heavy work with a short deadline and difficult conditions, over a million people died in the process and had been buried under the Wall.
Source: travelchinaguide.com, Image: inspiremore.com

5. Materials Used To Construct It

To make such a grand wall, basic material used were stones, bricks, tamped earth and woods. Apart from that, the rammed earth was used for making the plains, and even rice flour was used as a brick binding agent.
Source: Wikipedia, Image: chinahighlights.com

6. Dimensions Of This Wonder Wall

Interestingly, it’s a breathtaking wall, and only clouds have the sight to see it completely at once. With the 20 ft bottom and 16 ft top width, a height of 16 to 26 ft, and never-ending length of about 8,851 km, it’s an epic creativity.
Source: unmuseum.org

7. This Wall Can Be Easily Seen From The Space….A Myth! 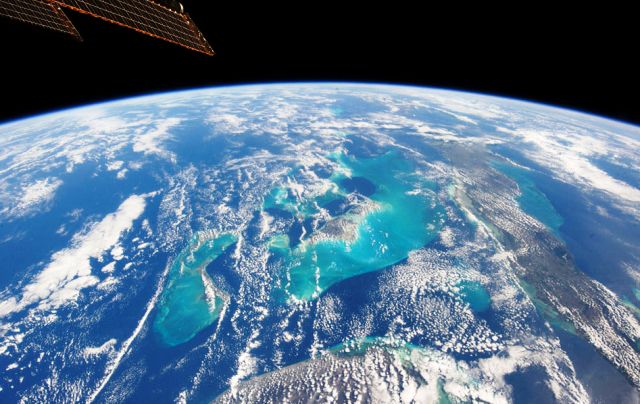 For many years, a myth has been doing rounds that the Great Wall of China can be easily seen from space with the naked eye. It’s not true. One needs to have some aid to see it.
Source: universetoday.com, Image: twimg.com

8. Some Parts Of The Wall Are Eroded 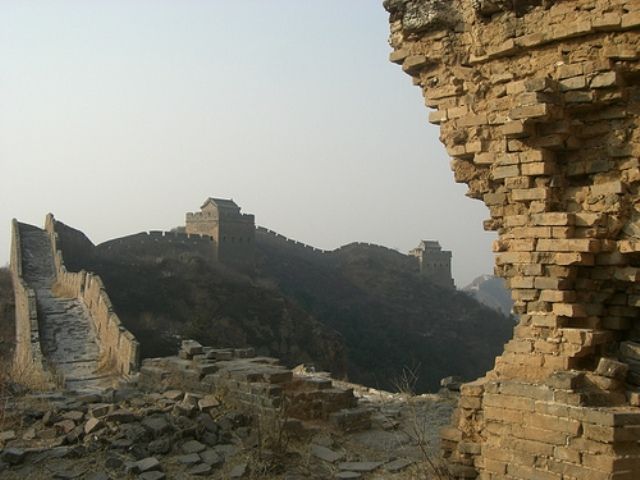 The Northwestern area of The Great Wall of China is being severely affected by the continuous erosion and is estimated to disappear in about the next 20 years.
Source: chinatravellers.com, Image: Flickr 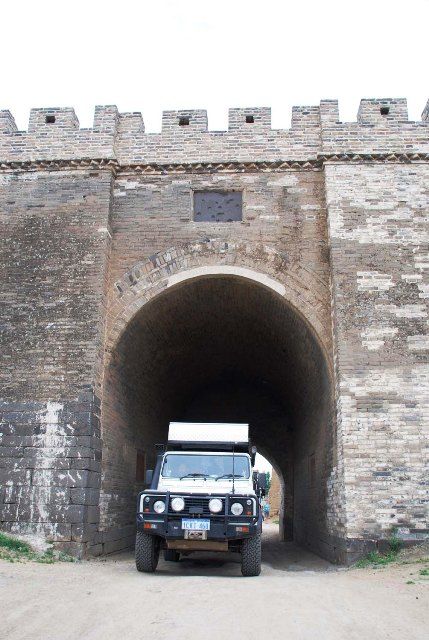 Another interesting fact about the Great Wall of China is that it is not completely even in dimensions. Thus some parts of it are so wide that you can even drive a car inside the wall.
Source: chinatravellers.com, Image: lost-and-found-adventures.com

10. Every Death In Its Making Weeps A Story!

There was a lady called Men Jiangnu, whose husband died while building the wall. It is believed that as a result of her curse, that area of the wall collapsed.
Source: chinatravellers.com

11. One Of The Biggest Tourist Attractions In The World

With over 10 million visitors every year, the Great Wall of China is one of the biggest tourist attractions in the world.
Source: chinatravellers.com

12. The Most Visited Part Of The Wall 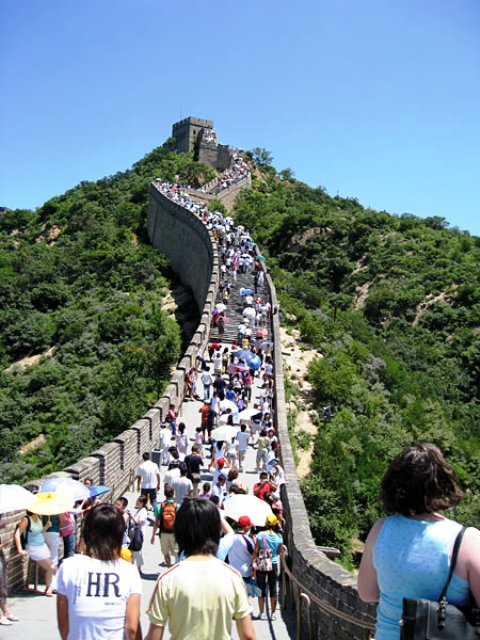 To be the most visited part of such a long wall, the section has to be very special such as the Badaling area of the wall. It is highly visited due to its easy accessibility, comfortable walking conditions, excellent facilities, restaurants, and cable cars.
Source: wildgreatwall.com, Image: images.china.cn

13. The Wheelbarrow: A Byproduct Of The Wall

It is believed that the Chinese invented wheelbarrow during the construction of “The Great Wall of China,” it made it easier for them to draw heavy things easily.
Source: randomhistory.com

14. The 20th Century Turned The Fortunes Of The Wall

Before the 20th century, the Great Wall of China was not that much popular and idealized art as it’s now. Due to the deifying and appreciation by the Europeans, its importance was realized.
Source: randomhistory.com

15. Genghis Khan Once Penetrated The Wall

Genghis Khan, an emperor of the Mongol Empire, invaded the Great Wall of China due to its fitful structure and conquered the majority of northern China from 1211 to 1223.
Source: Wikipedia

Because of its historical importance, UNESCO declared the Great Wall of China as a World Heritage site in 1987.
Source: Wikipedia

17. Lots Of Lookout Towers Around It 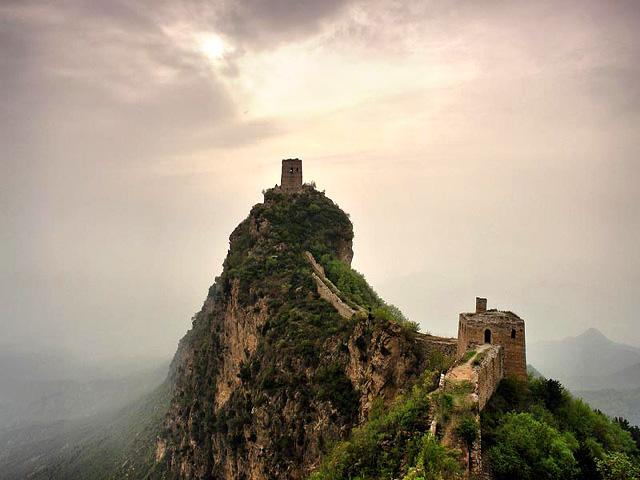 Around over 7,000 lookout towers are covering the Great Wall of China.
Source: ducksters.com, Images: chinatourguide.com

18. Used For Smoke Waves During An Invasion!

Yes, smoke waves were used by the soldiers on the wall as signals to soldiers as an external attack warning. The amount of smoke signal was in proportion to the intensity of the attack.
Source: ducksters.com

Shukla Sundeep - January 4, 2017
0
Characterized by mountainous geography rich in biodiversity and unique culture, the chain of mountains can be divided along geographic and ecological lines into three...