Whether you are a history buff or not you must be well aware of the Hiroshima and Nagasaki incidents. When the world was drawing towards the close of a long drawn out war, US bombed two cities of Japan with the deadliest weapon ever known to mankind. This changed the history of warfare forever, ushering the nuclear era. Let’s explore some interesting facts about the Hiroshima and Nagasaki bombings, the first and last atomic bomb attack.

1. US warned the civilians before bombing

Before destroying the cities of Hiroshima and Nagasaki with nuclear bombs U.S dropped fliers warning the civilians of a possible bombing at all the military centers of Japan so that the innocent civilians could evacuate and save their lives.
Source: damninteresting.com 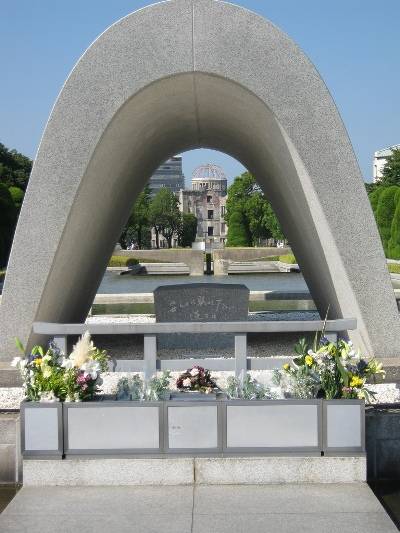 Since 1964 a flame of peace has been burning in Hiroshima, Japan to honor the victims of the nuclear bombing. This flame will be extinguished only when the nuclear threat has been completely eliminated from the face of the Earth.
Source: Wikipedia, image: flickr

4. The First thing to bloom after explosion 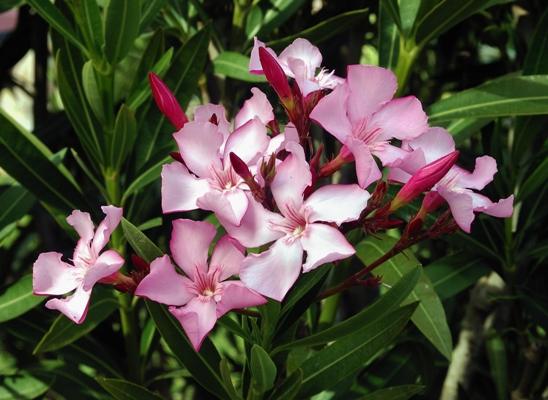 The oleander flower was the first thing to bloom after the atomic blast in 1945; therefore it is now the official flower of Hiroshima.
Source: Wikipedia, image: wikimedia.org

Enola Gay carrying the A-bomb that was dropped on Hiroshima carried 12 cyanide pills. Incase anything went wrong during the mission the pilots were instructed to take the pills kept in the cockpit.
Source: thevintagenews.com, image: wikimedia.org

Little boy and Fat man dropped on Hiroshima and Nagasaki were quite different from one another. US used these bombings to figure out the potential of each. Little Boy was based on enriched Uranium-235 and Fat Man on Plutonium-239.
Source: gizmodo.co.uk

7. Fat Man was supposed to be more fatal

Although Fat man that was dropped on Nagasaki was more powerful it led to 60,000-80,000 deaths as compared to 90,000-166,000 caused by little boy dropped on Hiroshima. The reason was Fat man missed its intended targeted location in Nagasaki by 3 km as a result of bad weather. The bombing was therefore confined to the narrow Urakami Valley and hillsides.
Source: learnodo-newtonic, image: wikimedia.org

8. Little boy used up all the Uranium

141 pounds of Uranium was used to make the little boy. This was basically all the processed Uranium available at that time.
Source: gizmodo.co.uk, image: wikimedia.org

Though 141 pounds of Uranium was used to make the bomb that hit Hiroshima, the huge explosion was caused just by 0.7g of Uranium. Most of the uranium had blown apart before the bomb reached its “supercritical” phase.
Source: gizmodo.co.uk

10. The bomb was armed and finally assembled in the air

In charge of the mission, Captain Parsons thought that if something went wrong or the plane crashed during the take-off it would wipe off entire US base and kill thousands of soldiers with it. To avoid this it was decided that the bomb will be finally assembled on the flight. The air crew had to arm the bomb while it was hanging from a hook in the plane while flying over enemy territory.
Source: gizmodo.co.uk, image: wikimedia.org

As the little boy was finally assembled on the flight, if it had been shot down or accidentally exploded due to some reason the effect would be known as a “dirty bomb”- a crude blast of radiation instead of a massive explosion.
Source: gizmodo.co.uk

Yamaguchi is the first officially recognized person who survived both Hiroshima and Nagasaki bombings. It was found out that there were total 165 lucky double survivors.
Source: learnodo-newtonic.com, image: youtube.com

Hibakusha in Japanese translates to ‘explosion affected people’ in English. Due to ignorance Hibakusha and their children faced severe discrimination as people thought the effects of radiation was contagious.
Source: learnodo-newtonic.com, image: flickr 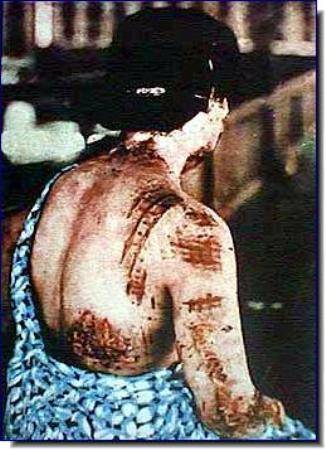 Disturbingly, the thermal radiation from the explosions caused severe burns to those who were not killed. The severity of injury depended on the clothes as white and other light colored clothes reflected radiation whereas black absorbed it. Also the burn patterns matched the outfit, people wearing stripes had matching burns on their skin.
Source: gizmodo.co.uk, image: wikimedia.org

The movie Godzilla was inspired by Hiroshima atomic attacks and the creature Godzilla was used as a metaphor for nuclear weapons.
Source: gizmodo.co.uk, image: flickr

16. A tree that survived

A very old Bonsai tree that was planted in 1626 survived the explosion in Hiroshima. This Bonsai tree was gifted to United States by Japan and resides there in a museum ever since.
Source: factslides.com, image: wikimedia.org

The disaster indeed left it shadows on the walls of Hiroshima. The atomic bomb had such great intensity that it permanently carved shadows of people and objects on the ground.
Source: neatorama, image: youtube.com

18. Hiroshima and Nagasaki bombings weren’t the most destructive

Till date most people think that Hiroshima and Nagasaki bombings were the most destructive incident mankind has ever witnessed. But as it turns out the Operation meetinghouse was even more destructive in which America firebombed Tokyo.
Source: Wikipedia, image: wikimedia.org

Pumpkin bombs were the nickname given to the 49 practice bombs dropped by US before nuking Hiroshima and Nagasaki. They killed 400 people and injured 1,200.
Source: Wikipedia

US had also devised a hydrogen bomb that was 100 times more powerful than the one used on Hiroshima. It was blown up in outer space.
Source: oneindia.com

Shukla Sundeep - September 7, 2015
0
Nepal, a serene land, is encircled by two gigantic countries, India and China. In spite of being such a tiny nation, Nepal is still...