Music, Beaches, Nightlife, Culture, Sunshine, etc. are some words that come to our mind, if we think of Ibiza. Being one of the most popular destinations in the world, Ibiza deserves to be traveled again and again. When the winter scares the rest of the World, people flock to Ibiza to take plenty of Sunshine and to laze around beaches. Ibiza has been heaven for the north Europeans for some decades. Ibiza is an ultimate destination for the clubbers, party-goers or for those who love to hang out at night. Before being seduced by the Island’s easy lifestyle, let us read some amazing and interesting facts about this party-capital of Europe, Ibiza. 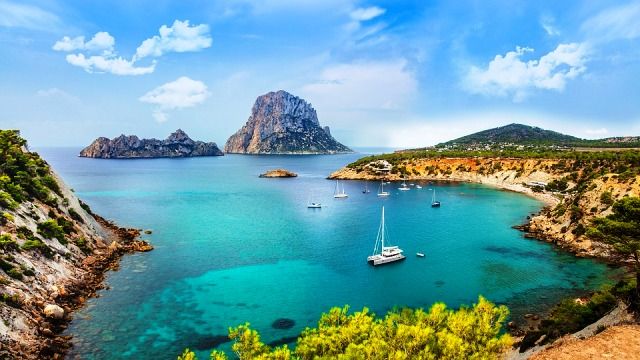 1. Ibiza Is Not Its Original Name

Ibiza experiences sunshine for 10 hours a day and around 300 days a year.
Source: holidayhypermarket.co.uk, Image: Flickr

Ibiza is very famous for parties, cafes, restaurants, shopping, etc. It is a bustling island and visited by millions of tourists every year.
Source: labellaverde.org, Image: Flickr

Ibiza has reddish soil. It is because of pine trees. When the twigs or needles of the trees fall down, they dye the soil into orange color.
Source: holidayhypermarket.co.uk, Image: Wikipedia

5. Place Of Music And Dance 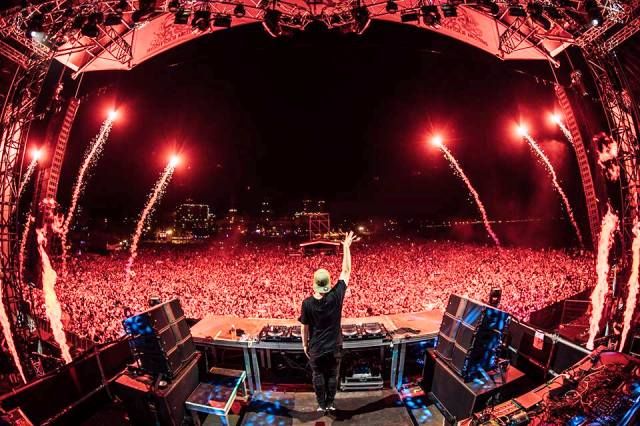 Ibiza is famous for Music and Dance. Almost all the clubs in Ibiza are a great source of entertainment. Most of the streets are filled with street singers and dancers to regale foreigners. In Ibiza, you can find some of the best drummers in the world. Ibiza is an earning center for DJs. Some Iconic DJs can earn up to £50,000 per performance.
Source: qantumthemes.xyz, GIF: gfycat.com, Image: edmtunes.com

With the capacity of more than 10,000 ravers, ‘Privilege Ibiza’ boasts to be the world’s largest nightclub. It is officially recognized by the Guinness World Records as the largest nightclub in the World. It is also the oldest nightclub on the island.
Source: theculturetrip.com, Image: Giphy

7. World’s Most Expensive Restaurant Is Here

Sublimotion restaurant is located in the village of Sant Josep de sa Talaia. It is the world’s most expensive restaurant. It charges €1,500 (roughly $2,073) per head. It opened in 2014.
Source: eater.com, Image: ibiza-style.com

Ibiza is the third largest Balearic Island after Mallorca and Menorca.
Source: Wikipedia

9. Place Of The Pleasant Climate

The average temperature in Ibiza remains around 20ºC for more than 8 months of the year.
Source: holidayhypermarket.co.uk

Due to the huge influx of tourists, restaurants, clubs, shopping centers, and edible products are very expensive in Ibiza. To buy a small bottle of water, tourists have to pay around €9. Ibiza is the second most expensive area of Spain after Madrid.
Source: rentibizaholidayvillas.com

11. A Massive Influx Of Tourists 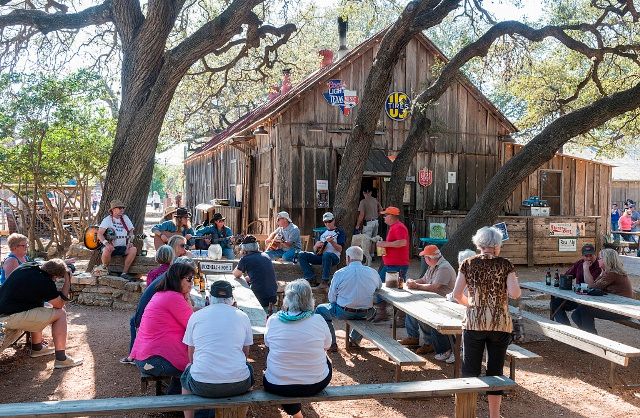 Each year, Ibiza welcomes around 6 millions of tourists. However, its local population is about 150,000 only.
Source: labellaverde.org, Image: Picryl 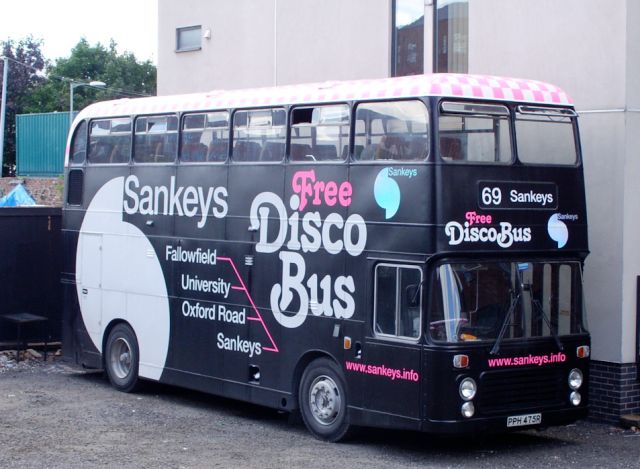 There is a trend of Disco buses in Ibiza and other popular destinations around the world. Many people are fond of having fun in Disco buses. Ibiza is also a very famous spot for it.
Source: ibiza-spotlight.com, Image: ministryofsound.com

13. The Entertainment Island Of The World

In the 1990s, Ibiza has been titled “The Entertainment Island of the World” by Guinness World Record.
Source: rentibizaholidayvillas.com

This little island is a perfect place for LGBT. Most of the homosexuals come here to find their partner. More than 30 clubs offering their service, especially for LGBT.
Source: holidayhypermarket.co.uk

16. All Hotels Have Five Stars

In 2007, the local government of Ibiza declared that all hotels on the Island must be of five-star standard.
Source: labellaverde.org

17. Taste The Beer Of Ibiza

Ibiza has its own beer; ‘Islena – The Taste of Ibiza.’ The beer is made from Ibizan barley but is bottled in Germany.
Source: rentibizaholidayvillas.com, Image: Wikimedia

Carl Cox, a famous English techno record producer, and DJ, once slept at the back of his car when he came to Ibiza for the first time. Somehow he found his job at a very famous club, ‘Space.’ Now, he is worth millions. In 2016, he announced to end his residency in Ibiza.
Source: labellaverde.org, Image: Flickr

19. The Oldest Club On Island

“Pacha” is one of the most famous clubs in the World. It was the first to be opened in Ibiza in 1973.
Source: rentibizaholidayvillas.com, Image: Wikimedia

20. A Prediction Of Nostradamus

Once, the famous astrologer and seer, Nostradamus predicted that due to the unique winds around the island, Ibiza may be the only place to survive the impending nuclear destruction.
Source: holidayhypermarket.co.uk 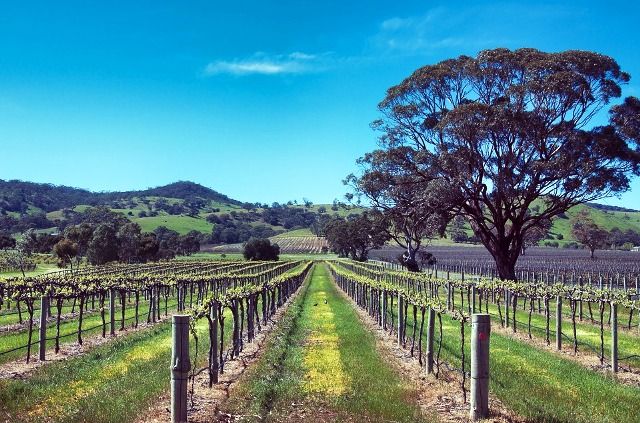 Ibiza is also a wine producer. Not many people know this fact. Grapes such as Mourvedre and Ganache are grown for red wine and Malvasia for white wine. Some famous spots for vineyards in Ibiza are Sant Mateu, Buscatell, Sant Josep, etc.
Source: rentibizaholidayvillas.com, Image: Pixabay

The town Puig des Molins in Ibiza is famous for the burial grounds that are home to the world’s largest collection of Punic artefacts – most of which have been discovered in graves, where people were buried with utensils and objects to help them in the afterlife.
Source: holidayhypermarket.co.uk, Image: Wikimedia

23. Visit The Old Town Of Ibiza

Dalt Vila is the old town of Ibiza. It is famous for ancient architecture, castle, Harbor, 14th-century cathedral and the 16th-century church of Santo Domingo.
Source: ibiza-spotlight.com, Image: Wikimedia

In 2018, people in Ibiza took to the street to protest against over-tourism. According to the report, more than 500 people went against the impact of over-tourism in Ibiza.
Source: telegraph.co.uk

The new festival called ‘Holi’ started in 2014 in Ibiza. This festival is called ‘Holi Ganden Festival’ in Ibiza which is celebrated every year. They have taken this festival from the traditional Holi festivals of Hindus of South Asia. In this festival, people throw colors on each other.
Source: ibiza-spotlight.com, Image: royalmt.com.np

26. Taste The Cuisine Of Ibiza

Paella is a traditional food in Spain and in Ibiza as well. It is a blend of rice, saffron, chicken, seafood, etc., cooked and served in a large shallow pan.
Source: saveur.com, Image: Pixabay

Es Vedrà is a small rocky island situated just 1.5423 miles (2.4821 km) off the coast of Cala d’Hort, Ibiza. It is protected as a natural park. It is an uninhabited island and thousands of tourists round about the island by their rented boats from San Antonio or Ibiza Town. The top of the island is just 413 meters above sea level.
Image: thecrazytourist.com, Image: Flickr

Ibiza is also known for its famous Hippy Market. It is one of the island’s top attractions. People sell handmade items of clothing, jewelry, and artefacts.
Source: ibiza-spotlight.com, Image: Flickr

30. The Whole Island Is An UNESCO Heritage

In 1999, the whole island of Ibiza became the UNESCO World Heritage site due to its long history and coastal ecosystem.
Source: whc.unesco.org

Krishna - April 27, 2017
0
Almost Everyone has been spellbound since the opening of social media giant, Facebook. Facebook has opened the door to all people to be connected...