Iguanas, which basically are large lizards, are known for their sturdy structure and saggy skin around their throats and spines. They are regarded as popular pets. These magnificent creatures are found mostly in Mexico, Central, and South America, Caribbean Islands. Let’s explore some interesting facts about Iguana: 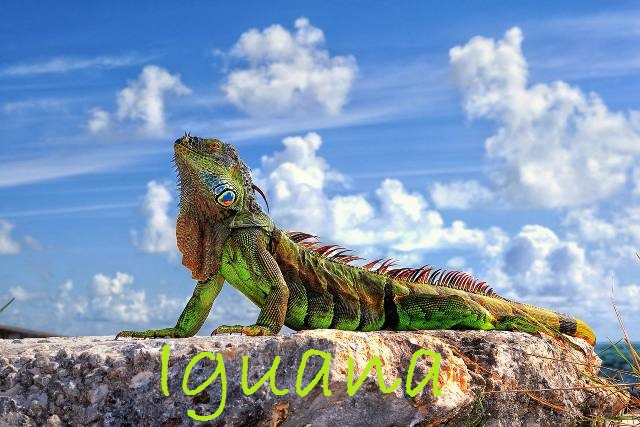 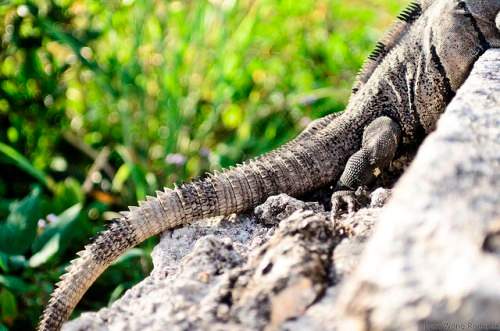 Iguanas during the times of attack; use their tails to punch the enemy. Also, they can detach a part of their tail in danger and ensure a fast escape.
Source: softschools.com, image: Flickr 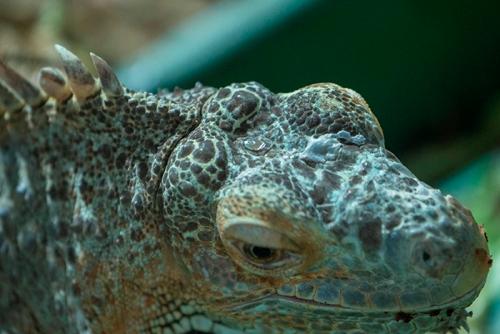 On the top of their heads; these lizards have a third eye, which is a retina-like structure that connects to the pineal gland in the brain. Even though it does not produce images, it’s an important element to them.
Source: iguanas101.com, image: prometheus.med.utah.edu 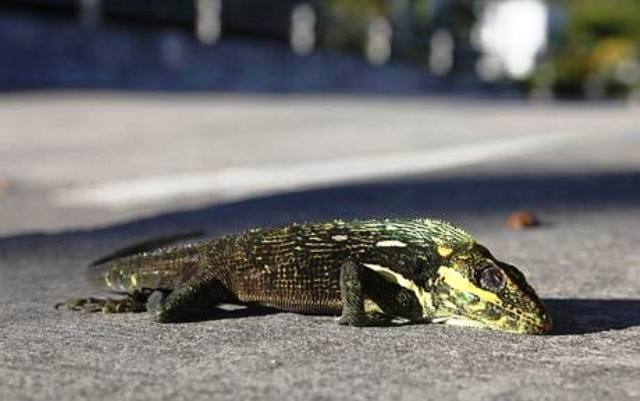 Iguanas who can be very stable and safe in the trees can occasionally fall but what is interesting is that they can survive great falls even from the height of 40-50 feet and that too without any injuries. Brave hearts!
Source: softschools.com, image: telegraph.co.uk 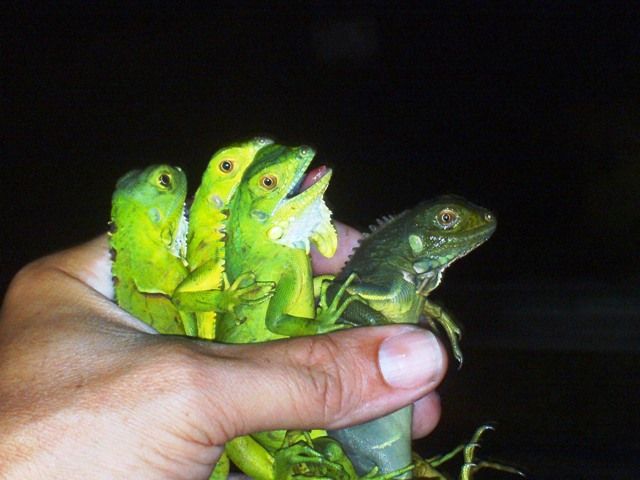 When a mother iguana gives birth, it lays eggs, covers it up and moves away. Babies hatch, dig their way up and are on their own to survive.
Source: bestfunfacts.com, image: i.ytimg.com 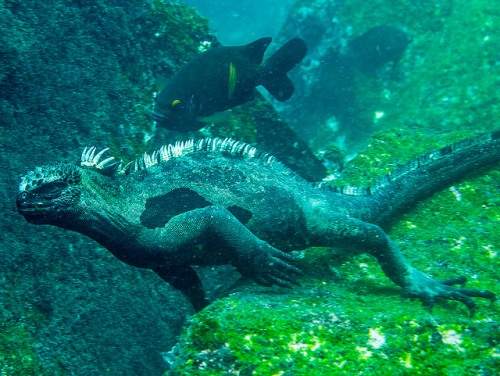 Iguanas generally live around the water and swim away escaping from predators. Green Iguanas, in particular, are excellent swimmers.
Source: ducksters.com, image: Flickr

6. They can spend time underwater without breathing 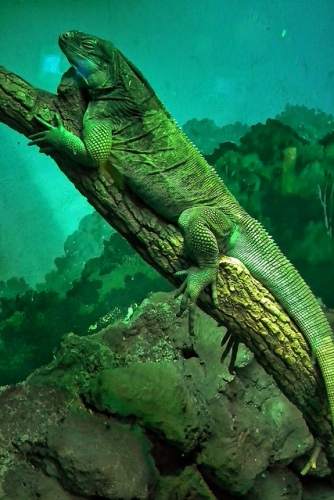 Iguanas breathe through their lungs and amazingly have the ability to survive underwater for 28 minutes without breathing.
Source: softschools.com, image: Flickr 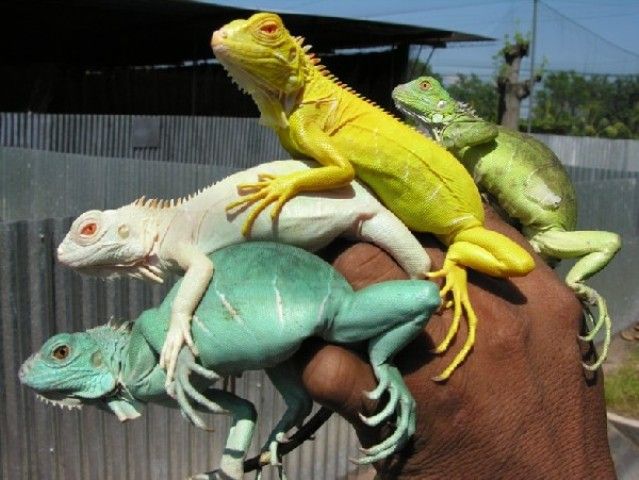 Even though these lizards are called “Green Iguana,” they can have different colors too like blue, orange or purple. Their skin works as camouflage, allowing them to blend with the landscape.
Source: ducksters.com, image: clubfauna.com 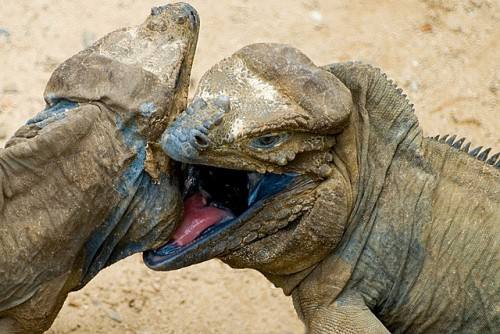 Iguanas are known to be very social who like to live and eat together. Male Iguanas fight over territories for encroachments.
Source: livescience.com, image: flickr 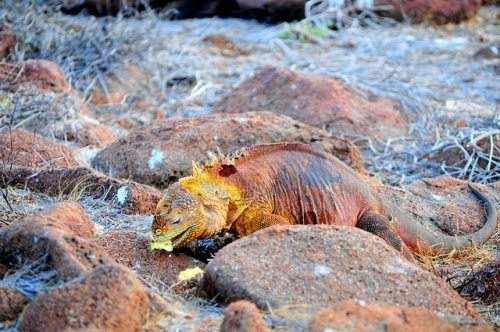 They say looks can be deceptive, same goes for iguanas. These scary looking lizards only eat plants, fruits, leaves and flowers and sometimes insects. They are docile and kept as pets.
Source: haydensanimalfacts.com, image: Flickr

10. Iguanas can inflate themselves 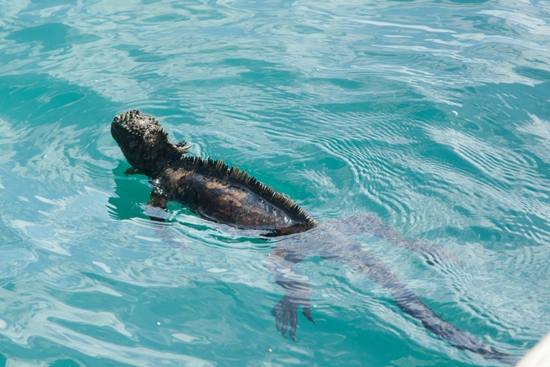 There are some species of iguanas like Turk and Caicos rock iguanas which have the ability to inflate themselves and become floatable during the floods.
Source: softschools.com, image: wikimedia.org 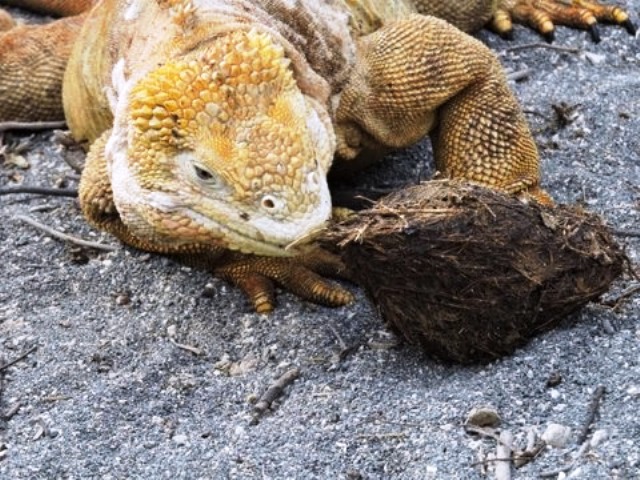 It is not as weird and crappy as it sounds. The young iguanas will often eat the poop of grown up iguanas to get the necessary bacteria to digest their food.
Source: haydensanimalfacts.com, image: 4.bp.blogspot.com 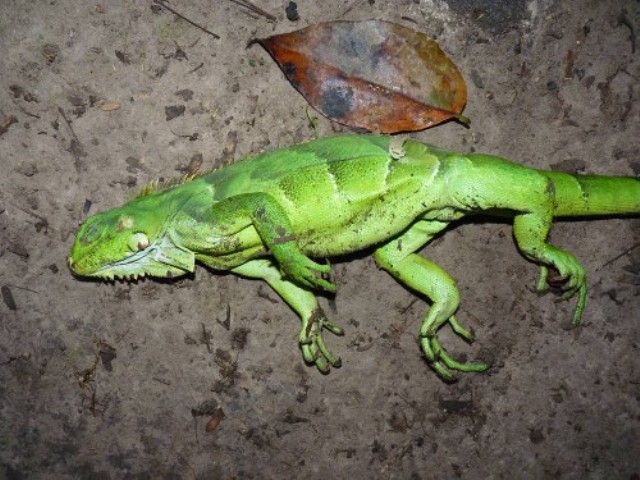 Iguanas really need proper cares as they end their own life if they feel they are not properly tended by their owner. Most pet iguanas die in the 1st year if not taken care properly.
Source: iguana101.com, image: pinimg.com

13. Lay back and enjoy the sun 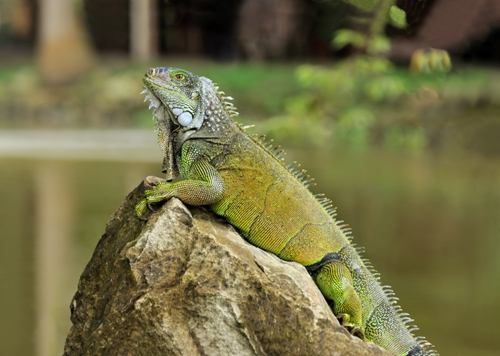 Iguanas don’t really like to hunt actively for food and therefore are laid back creatures and spend their day sprawling in the sun to keep warm. A green iguana will forage in the same spot every day.
Source: livescience.com, image: wikimedia.org

14. Iguanas can control their body temperature 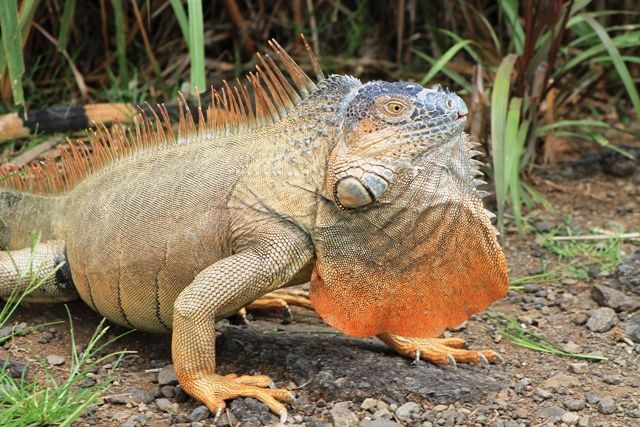 Iguanas have an extra skin below their neck called ‘Dewlap’ that helps in their body temperature regulation. The Dewlap is also used to display aggression.
Source: ducksters.com, image: amyincostarica.files.wordpress.com

15. Iguanas are served as food delicacy 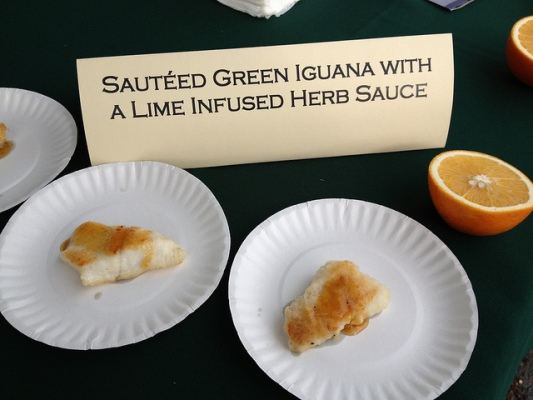 Even though green iguanas are considered as popular pets; these are also the common type of iguanas to be eaten. A special delicacy by the name of “Bamboo Chicken” is made of green iguanas.
Source: iguanas101.com, image: Flickr 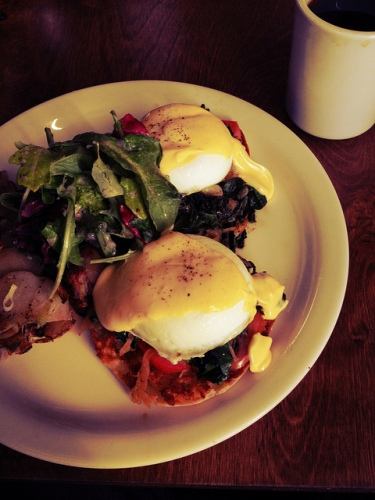 It’s not just iguanas which are served as food, but their eggs are considered novelty food. When boiled in salt water, these eggs are sold at quite a price.
Source: nationalzoo.si.edu.com, image: Flickr 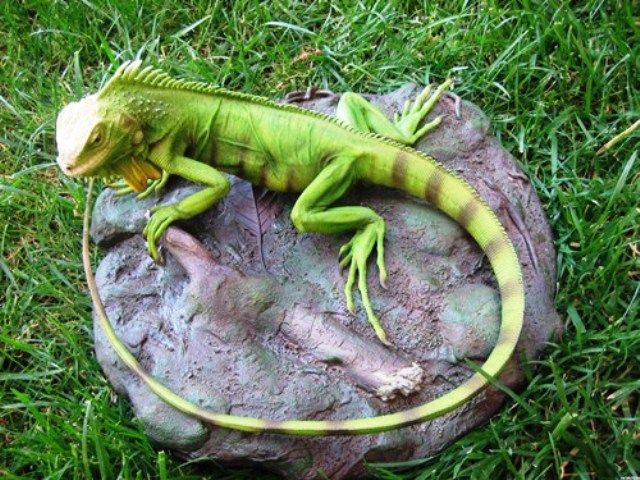 Iguanas can grow up to 6 feet weighing 20 pounds in captivity with proper care. But the fascinating thing is half of their length is their tail. Quite a big lizard!
Source: nationalzoo.si.edu.com, image: geocities.ws

Krishna - October 30, 2018
0
Towering over other statues of the World, the Statue of Unity symbolises the unification of India and this magnificent work is a tribute to...