Representing the unique fabric of India’s diverse culture, the National Flag of India, better known as “Tiranga” or “Tricolor,” is a rectangular flag with three parallel strips of Indian Saffron, White, and Green having a circular wheel in the middle with 24 spokes called Ashoka Chakra. As Mahatma Gandhi rightly said- “It will be necessary for us Indians Muslims, Christians, Jews, Parsis, and all others to whom India is their home- to recognize a common flag to live and to die for.” Besides being the symbol of India’s struggle for independence, Indian national flag has many other aspects worth knowing. Here are some interesting facts about the Indian Flag: 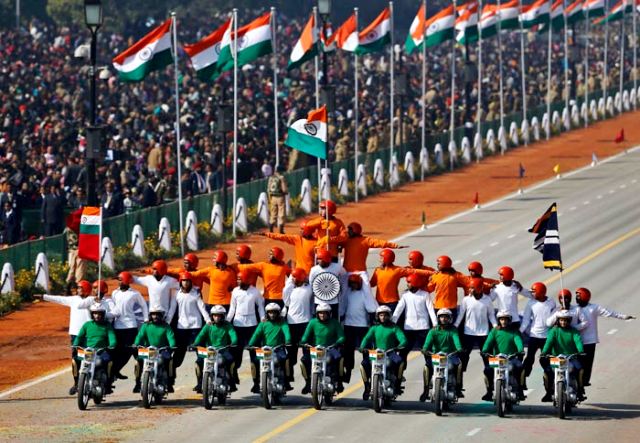 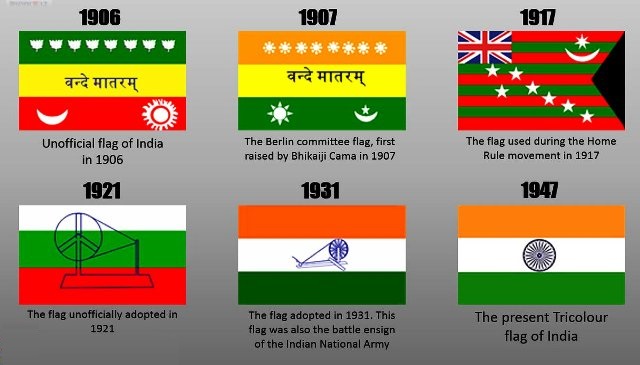 During the struggle for India’s independence, different flags were adopted from time to time. The first national flag came into existence on 7 August 1906. However, the flag that is hoisted across the country in today’s time was adopted on 22 July 1947.
source: indiacelebrating.com, image: pbs.twimg.com 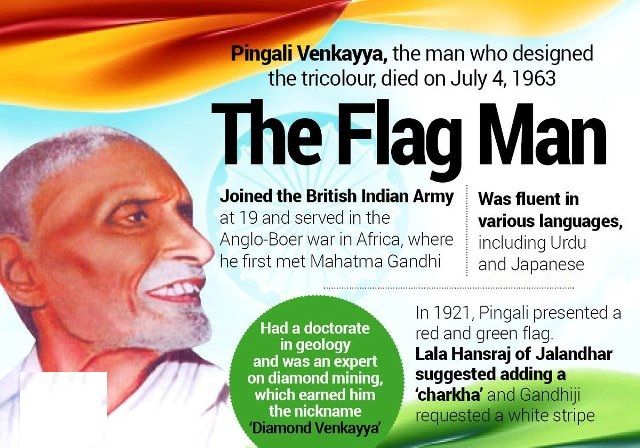 A common agriculturist and an active freedom fighter at that time, Pingali Venkayya designed the “Tricolor.” However, with suitable finishing touches and modifications by the Indian National Congress, it was thereafter, adopted as the National Flag of free India.
source: lifebeyondnumbers.com, image: pbs.twimg.com

3. Exclusively made of a specific fabric! 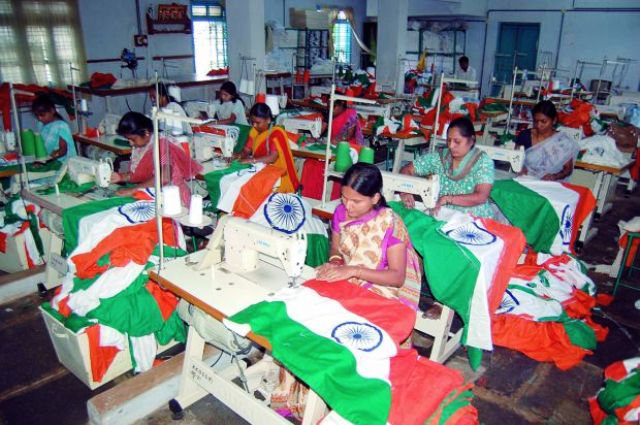 The tricoloured Indian Flag is made only with a special hand-spun cotton and silk fabric, also known as “Khadi,” which was made popular across the nation by Mahatma Gandhi during India’s struggle for independence. A flag made of any other material can render an individual with a punishable offense with maximum imprisonment of 3 years.
source: culturalindia.net, image: s3-eu-west-1.amazonaws.com 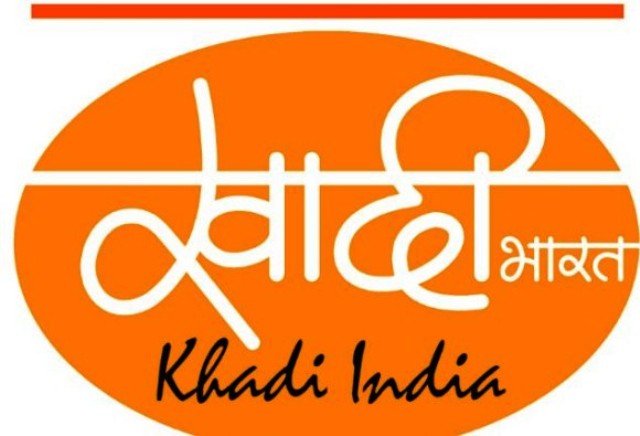 Karnataka Khadi Gramodyoga Samyukta Sangha located in Bengeri village of Dharwad district in Karnataka is the only unit that holds the manufacturing rights of the Indian National Flag.
source: quickgs.com, image: static.abplive.in 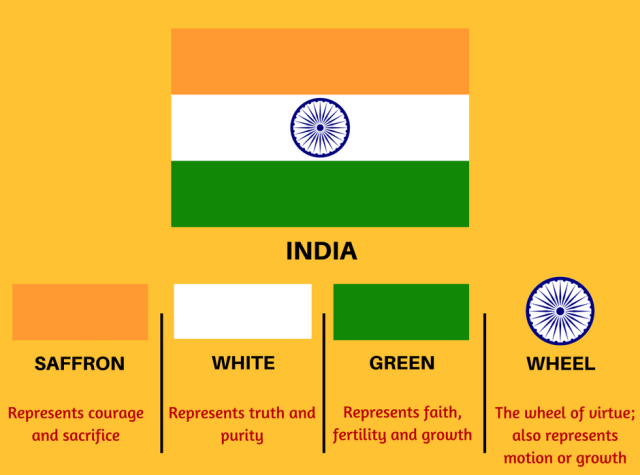 6. Philosophy of the Indian Flag!

The wheel with 24 spokes in the middle of the “Tricolor” depicts Dharmachakra & represents motion or growth. It has appeared on a number of edicts of Ashoka. It is also known as the “Wheel of Law” in India.
source: knowindia.gov.in 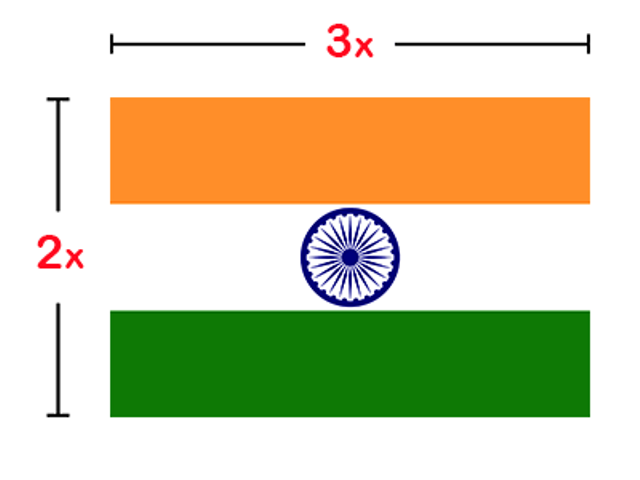 As per the standards of the Flag Code of India, the Indian Flag should have a ratio of 2:3 (where length is 1.5 times that of the width). All 3 strips of the flag (Saffron, White, and Green) should have equal width and length, running parallel to each other.
source: Wikipedia, image: qph.ec.quoracdn.net

Before 2002, the hoisting of Indian Flag was restricted for the private citizens except on special occasions (like Independence Day, Republic Day, etc.). However, after the Flag Code of India 2002, the Government of India has ensured the unrestricted display of the National Flag with honor and dignity.
source: pib.nic.in, image: images.mapsofindia.com 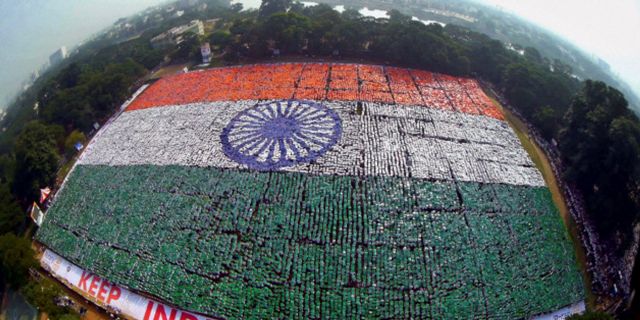 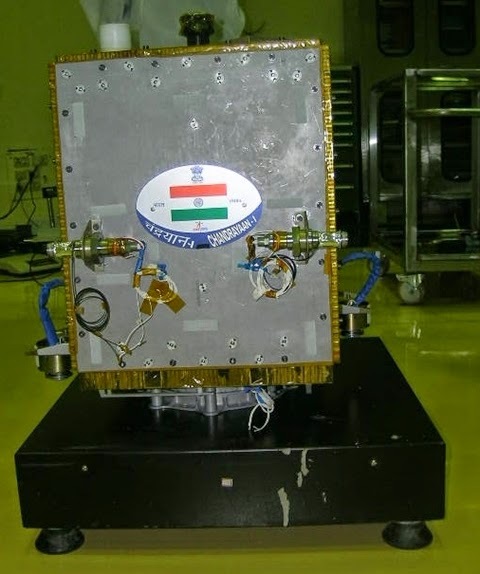 On 14 November 2008, India became the 4th country to land its Flag on the Moon. Chandrayaan-1 (the unmanned lunar orbiter) ejected its Moon Impact Probe (MIP). The Probe hurtled across the surface of the Moon. The Indian Tricolor was marked on all sides of the Probe.
source: wikinews, image: 2.bp.blogspot.com 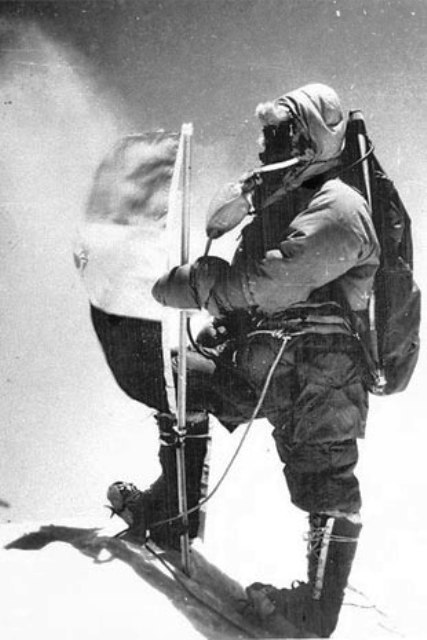 On 29 May 1953, the Indian Flag was hoisted on the Mount Everest, along with the Union Jack and the Nepalese National Flag.
source: indiatoday.intoday.in, image: livemint.com 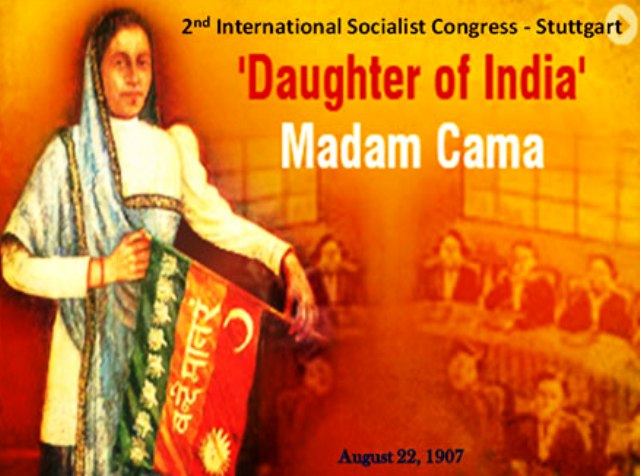 On 22 August 1907, Bhikaji Rustom Cama became the first to raise the Indian Flag on foreign soil. She unfurled the Indian Flag at the 2nd International Socialist Congress in Stuttgart.
source: thebetterindia.com, image: alexandragei.com 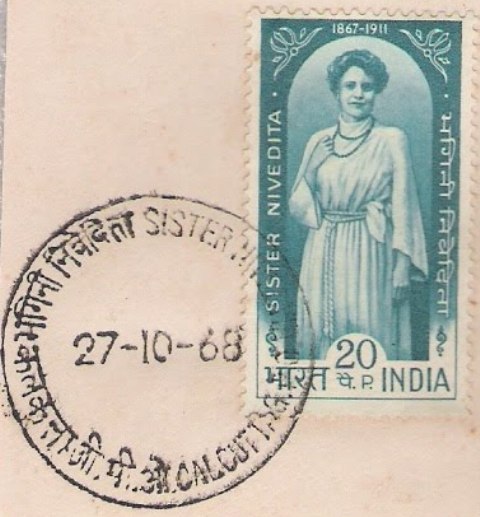 The 1st ever flag called as Flag of India was created by Swami Vivekananda’s follower Bhagini Nivedita (Sister Nivedita). The flag is also known as Nivedita’s Flag. The Flag was first used on 7 August 1906 during a protest rally against the partition of Bengal.
source: slideshare.net, image: 4.bp.blogspot.com

14. The similarity with other flags!

Although the three colors of the Indian Flag can be found in many other country’s national flags, the closest resemblance to the Indian Flag is that of the Flag of Niger.
source: easyscienceforkids.com, image: theconsummatedabbler.com