Istanbul is the largest and most populous city in Turkey. Spread across Bosporus Channel, Istanbul is one of the world’s greatest cities known for its magnificent historical monuments and scenic beauty. With an amazing cultural and architectural heritage, Istanbul is a major tourist attraction. It is not only popular locally but is also fast becoming a favorite destination for international tourist. Here are some interesting facts about Istanbul that will surely help you learn more about this great city: 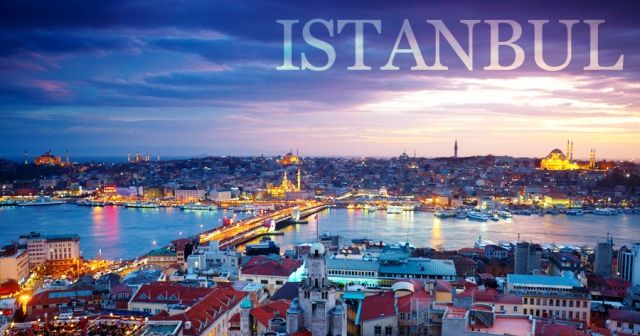 You will find a mosque in every corner of Istanbul. It has a total of 3,113 mosques, maximum in Turkey.
Source: hurriyetdailynews.com 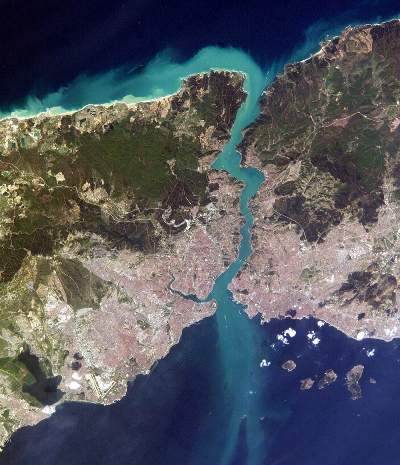 Istanbul is the only city in the world that’s half in Asia and half in Europe. The Bosporus strait which divides the two continents passes through Istanbul and is the link between Sea of Marmara and the Black Sea. Fascinating isn’t it!
Source: Wikipedia, image: wikimedia.org 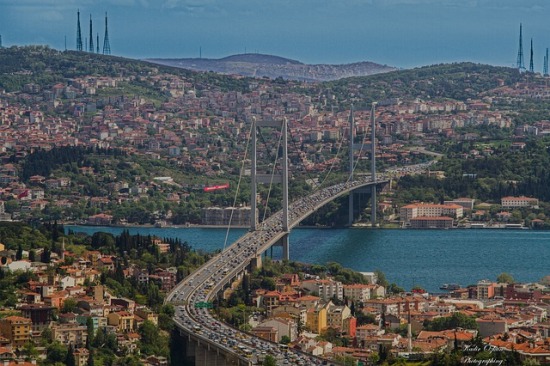 Even though Istanbul is not the capital, it is the largest city in Turkey with more than 13.5 million people living here.
Source: Wikipedia, Image: i0.wp.com

5. Historical Hagia Sophia- A church and a mosque 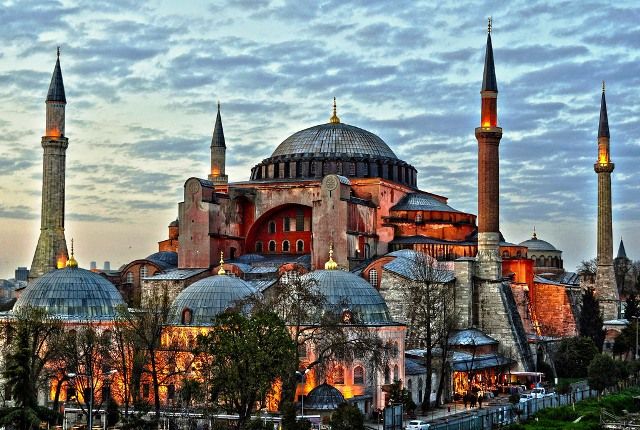 The Hagia Sophia in Istanbul stood as a great historical museum now but did you know it was built as an Orthodox cathedral in 537 CE and converted to a mosque under the Ottoman rule after 1453? It is the second most visited museum in Turkey and attracts over 3 million tourists every year.
Source: Wikipedia, Image: Flickr

Another interesting fact about Hagia Sophia is that it was the largest church in the world for about 900 years until the Seville Cathedral of Spain was completed in 1520.
Source: Wikipedia 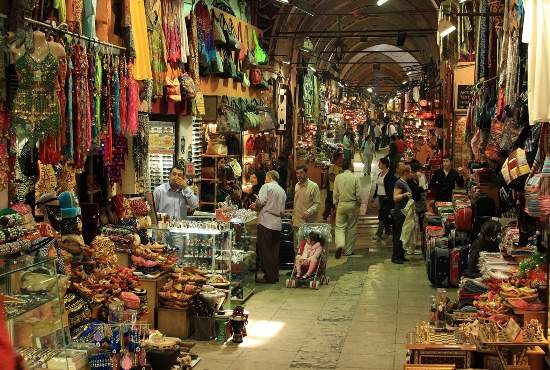 In operation since 1461, the Grand Bazaar in Istanbul is one of the oldest and largest shielded markets in the world. It is a shopper’s paradise with over 5,000 shops and 60 streets, which attract over 300,000 visitors daily. Grand Bazaar was the world’s most visited tourist attraction in 2014 with 91,250,000 visitors annually.
Source: Wikipedia, image: wikimedia.org 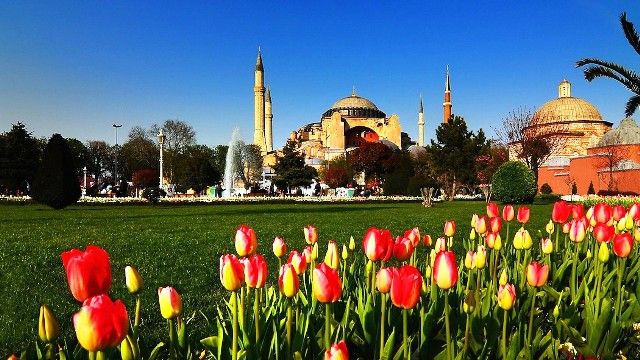 You may think that tulips originated from Netherlands but, that’s not true! The first tulip bulbs were sent from Ottoman Empire in Istanbul to Vienna in 1554, and they were further distributed to Netherlands. They became fond of the pretty flowers and started growing them afterward.
Source: kokachi.com, Image: thevegetariantraveller.com

Even though Istanbul is surrounded by sea, with the Bosporus passing right through it, snow is pretty common in the city with an annual average of 17 inches.
Source: turkeytravelcentre.com, Image: pixabay.com

That’s right folks! Built in 1875, Istanbul has the third oldest subway system in the world. Located mainly in Beyoglu district and is 574 meters long, only the London tube (1863) and New York subway system (1868) are older than it.
Source: turkeytravelcentre.com, image: portushouse.com 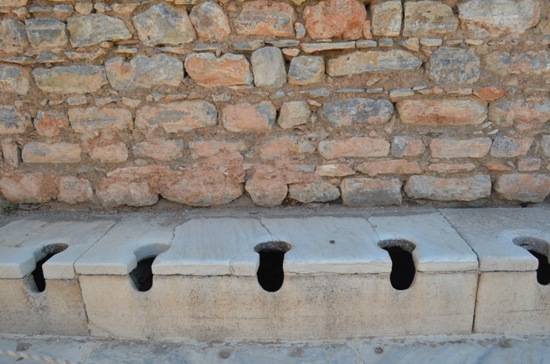 While the rest of Europe had none, Istanbul had 1400 toilets across the city during the times of Ottoman Empire.
Source: turkeytravelcentre.com, image: capetoeuro.com

12. An Inspiration for “Murder on the Orient Express” 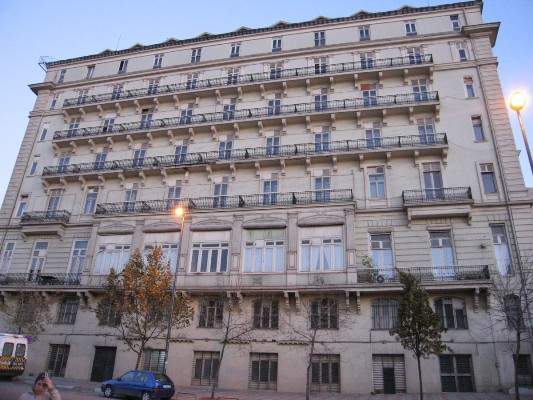 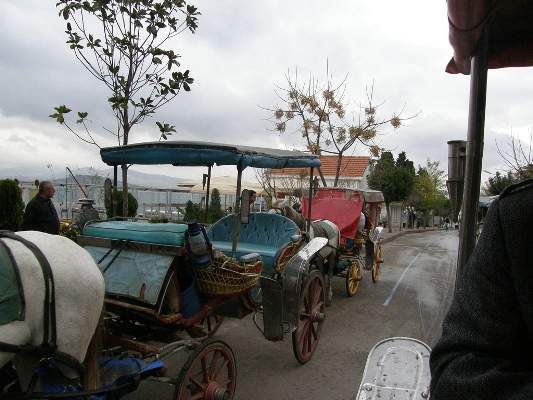 Princes’ Islands, located just off the coast of Istanbul are a chain of nine small islands that run on horses and carts only. You will not find any traffic here as all motorized vehicles are banned on the islands. Princes’ Islands is at the top of the list of must-visit places in Istanbul to escape the hectic city life for a day or two.
Source: Wikipedia, image: Flickr

Istanbul was called Byzantium by Megarian colonists in 660 BC. After that, when Roman Emperor Constantine the Great made it the capital of the Eastern Roman Empire, it took the name of Constantinople. In 1930, it was officially renamed Istanbul, but as the people continued to call it Constantinople, the Turkish post office didn’t deliver any mail addressed to Constantinople for many years just to ensure that people use the new name.
Source: Wikipedia 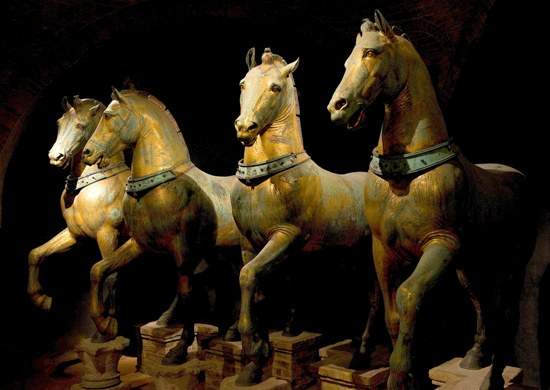 The four bronze horses adorning the San Marco Cathedral in Venice were taken from Hippodrome of Istanbul by Romans in the 13th century.
Source: Wikipedia, image: wikimedia.org 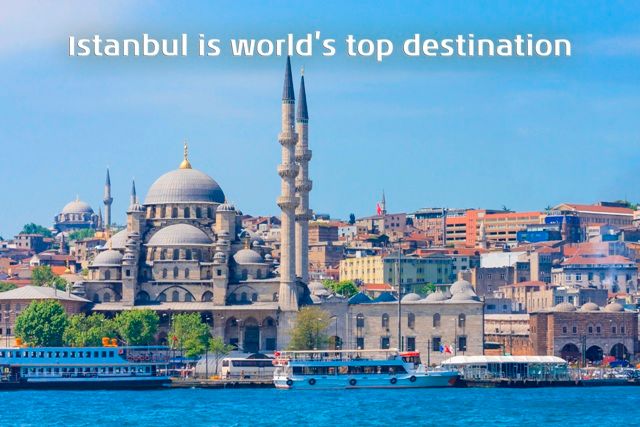 Shukla Sundeep - November 23, 2015
0
Consumption of Opium dates back to the Neolithic age. Its influence can be seen over time from the lines in Homer’s Odyssey “Into the...