Japanese is spoken by more than 125 million people in the world making it the 9th most popular language. It is amongst the list of the most complicated languages around the globe. So if you want to try your hand of Japanese, you will need some dedication. But before you do, here are some interesting facts about the Japanese language- 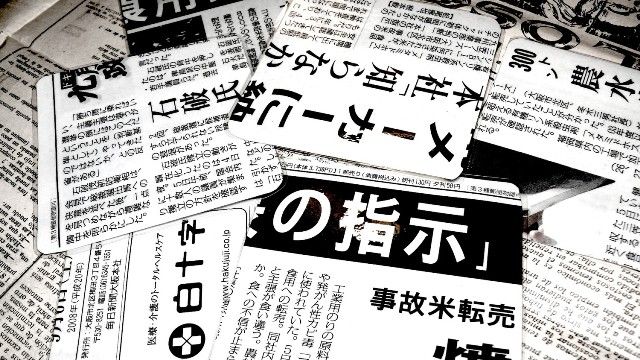 1. Widely Used On the Internet

Japan is known to have one of the highest literacy rates amongst all countries and the fact that about 10% of the internet users are actually Japanese. Japan comes fourth after English, Russian and German.
source: Wikipedia

Japanese never forgets their language and culture after getting settled down in other countries. There is huge Japanese diaspora in USA, Brazil, France, UK, Germany, etc but they always speak Japanese in their communities.
source: thelanguagefactory.co.uk

Although Japanese is known to be one of the toughest languages, there are certain characteristics that make it a bit easier. There is no gender in Japanese which makes it less confusing than languages like French and Spanish. Also, there is no differential between singular and plural in Japanese. And that’s just not all, there is no verb conjugation, no articles and it is not hard to learn to pronounce as there are only 48 sounds consisting of 5 vowels and 11 consonants.
source: jamesjpn.net, image: japan-guide.com

There are four systems of writing that the Japanese language uses: Kanji, Hiragana, Katakana and Romanji. Hiragana is syllabic and the most original writing system in Japan. It is used for simple words, conjugations, particles and children’s literature as it is the first set of writing which is taught. Katakana is used to write foreign words. Kanji is based on the Chinese writing system and consists of about 2000 signs. Kanji was imported from Chinese in the 6th century AD. Recently, Romanji – a Romanization of Japanese words has developed too, often simplifying the original letters.
source: thelanguagefactory.co.uk

5. Kill Two Birds With One Stone!

Often most of the words have two roots of pronunciation, one being Japanese and the other being Chinese and they are totally different sounds. So learning Japanese is almost like learning the vocabulary of 2 languages at once.
source: jamesjpn.net

Homophones are pronounced same but have different meanings. And Japanese language has as much as eight of them!

Now, take a look at the 8 characters above. All of these 8 Kanji characters are pronounced “shin” and all 8 of them are totally unrelated to each other in meaning! They are from left to right: God, advance, believe, new, true, stretch, heart, and parent. There are no tones in Japanese as there are in Chinese, and so the pronunciation of shin is exactly the same for all the above. Besides these, there are many more Kanji characters that are also pronounced “shin”! The Japanese way to pronounce the characters above are, “kami”, susumu, “shinjiru”, “atarashii”, “makoto”, “nobasu”, “kokoro”, and “oya”. Notice that the Japanese way of pronouncing a word is multi-syllabic, whereas the Chinese way is a single syllable.
source: listenandlearn.org

8. Be Polite With Japanese

The Japanese people are known for their manners and etiquettes. They are so polite that it reflects in their language as well. Special grammatical forms and even vocabulary are being used to show respect. It is necessary to use honorifics when speakers don’t have the same status & position. Factors that determine different positions include age, job title, experience, and others. Most sources distinguish three main forms of politeness – honorific, polite and casual.
source: japaneselanguagecourse.net

9. Many Languages Have Loaned Words From Japanese

Countries like USA and UK take great interest in the Japanese culture and Language. Some of the Japanese words are recognized by English too. These words include karaoke, tofu, anime, origami, etc. When learning Japanese, you will notice that some words sound familiar too. This is because Japanese borrowed some words from languages including Portuguese, English, and German. A few examples would be pan (pão in Portuguese), arubaito (arbeit in German) and many more.
source: japaneselanguagecourse.net

10. No Relation To Other Languages

Unlike European Languages like English, French, German, Spanish those are related to each other. However, Japanese is not related to any other language of the World. Indeed, until recently Japanese was classified as a language isolate, meaning that it is completely unique among all current world languages.
source: listenandlearn.org

OhFact! - November 30, 2019
0
Bank of America is the world's leading financial institution that not only serves individual customers but small, middle-market businesses and larger corporations providing a...