Roaring lions, snorting wildebeest and trumpeting elephants puncture the silence between Kenya’s vast African sky and sun-baked plains. Wildlife and humans mingle peacefully in modern-day Kenya. It is that place in the Dark Continent where you would find snow-capped mountains near the equator. Kenya is wrapped in dense forests and is the best place that answers the continent’s call of the wild. Often termed as the “cradle of humanity”, Kenya has Africa’s most diverse natural landscapes. If you want to take a real feel of its landscapes, know some interesting facts about this God’s Resting Place, Kenya: 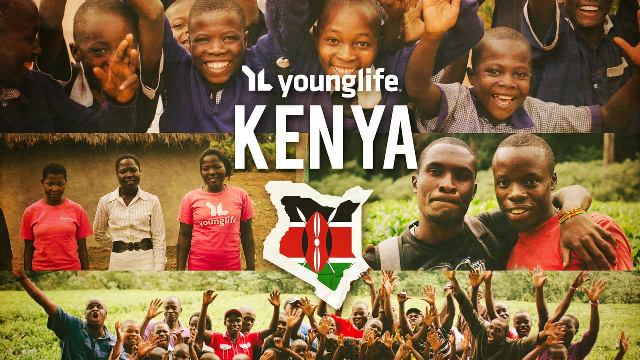 Kenya has its roots originated from the word Kikuyu and Kamba which mean Mount Kenya. The Republic of Kenya is named after Mount Kenya. While in Russia, the word Kenya stands for harmless and innocent.
source: buzzkenya.com

For the most parts of Kenya, coffee is known to generate the biggest income of the country. It is a major export product in Kenya.
source: buzzkenya.com, image: kickstartcafe.com

3. Was A British Colony Once

Kenya was also a British colony for more than 65 years. The colonial rule began with the arrival of the British East Africa Company in 1888. It got Independence in 1963.
source: Wikipedia 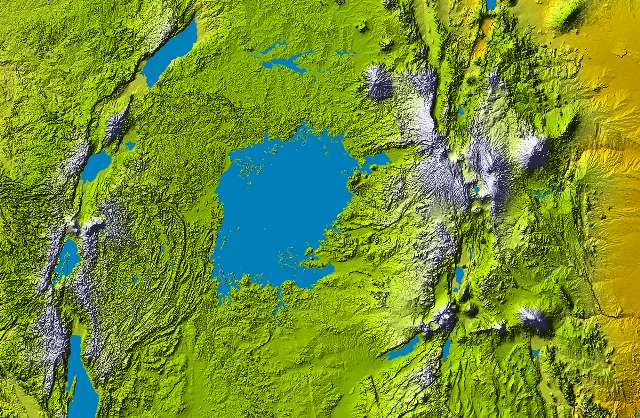 Kenya is the home of long distance running athletes. On August 9, 2012, David Rudisha ran from start to finish winning gold in what was called “The Greatest 800 Meter Race Ever” at the 2012 Summer Olympics in London.
source: thefactfile.org, image: todaygh.com

Two million wildebeest travel a distance of 2,900 kilometers from the Serengeti in neighboring Tanzania to the Masai Mara region in Kenya. This Serengeti Migration of the wildebeest is widely listed in the Seven Natural Wonders of Africa.
source: Wikipedia, image: ecotraveller.tv

7. Get The Highest Point Under Your Feet

The highest point in Kenya is Mt Kenya. It is the tallest mountain in the country that is situated at 5,199 meters, 17,057 feet height.
source: sciencekids.co.nz, image: mountkenyaclimbing.com

Kenya is inhabited by African wildlife and species such as the “Big Five” game animals of Africa that are the Lion, Leopard, Buffalo, Rhinoceros, and Elephant. A lot of tourists are attracted by Kenya’s popular savannas. The dense forests of Kenya have those species of animals and birds which are found nowhere else on the globe.
source: kids.nationalgeographic.com, image: tekdude.files.wordpress.com

Kenyans were tortured by slavery in the ancient times. They were kidnapped and made slaves by Arabs, Europeans, and Americans. This cruel tradition was later abolished by most countries. Several Kenyan people were taken away to other countries safely then.
source: kids.nationalgeographic.com

Lake Turkana is located in the desert of northern Kenya. Scientists discovered a mummy i.e., a trace of humankind’s earliest ancestors there. This mummy was a fossil known as Kenya Man and is known to be some 3 million years old.
source: travel.nationalgeographic.com

In Kenya, you can enjoy visiting a lot of national parks and reserves which are no less than 54 in the count. The most famous national park of Kenya is the Masai Mara National Reserve. Kenya’s second most popular national park is Amboseli National Park. Other major parks include Nairobi National Park which is a big attraction among tourists for watching wildlife within a city.
source: kenya-information-guide.com, image: i.dailymail.co.uk, image: alterra.cc

12. Have You Ever Seen Crying Stone?

There is a 40 meter unique stone known as the Crying Stone located in kaka mega-region of Kenya. The stone releases water that makes it appear like it is crying.  The droplets of water appear like tears to every visitor.
source: thefactfile.org, image: 1.bp.blogspot.com

13. Where Things Go Against Gravity!

There is this place in the Machakos city in Kenya where you would find the things going upward against the flow of gravity. It’s a miraculous place on the earth which defies gravity a little.
source: thefactfile.org

Shukla Sundeep - January 24, 2017
0
Hakone, a blissful city in Japan, is a place full of serene sights and world-class art museums. The city of Hakone is magnificently crowned...