The name of the old man you see on KFC logo is Colonel Harland Sanders. He is a gas station owner, and he started the restaurant in his gas station. Well, people who went to the gas station even got fuelled their tummies with the yummy chicken.
Source: blogspot.in

There is a secret recipe to the KFC chicken, which is safely locked away in Kentucky to keep it away from intruders.
Source:blogspot.in

3. Eat Your Fingers Off!

Remember the famous caption of KFC? Of course, you do. “Finger licking good.” But you know what they got it translated into Chinese? They translated it as “eat your fingers off!!” We do know that Chinese is a bit confusing language but maybe while translating an international brand, we ought to consider buying a dictionary.
Source: thelistlove.com

4. Old Wine In A New Bottle

The same recipe has been followed since 1940 to cook the chicken at KFC (except for the oil brand, which they have changed for a healthier one).
Source: whatculture.com

5. A Center Of Obesity

KFC is fondly (or not!) called as ‘Kids Fattening center.’ Ouch!
Source:blogspot.in 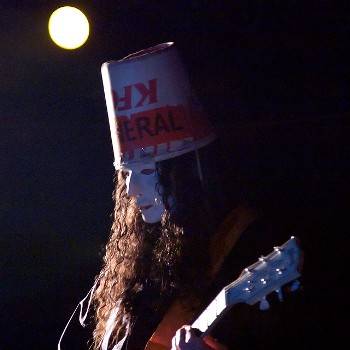 There is a guitarist by the name of Buckethead, who used to wear the KFC bucket on his head while giving performances. This is the thing that brought him immense fame. Maybe he felt to do justice to his name!
Source: whatculture.com, Image: Flickr 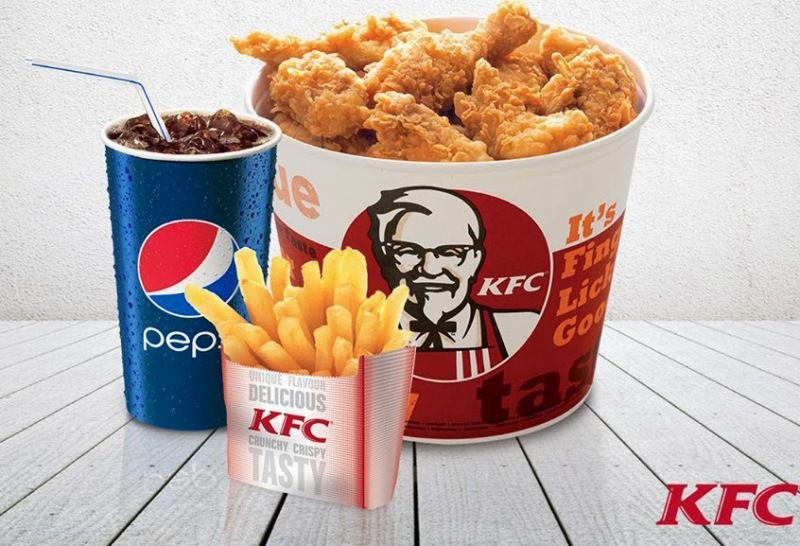 Do you know who owns KFC now? Not the man on the logo buddies! But the famous Pepsico limited. In 1986, Pepsico acquired the Kentucky Fried Chicken restaurant chain for $850 million.
Source: nytimes.com, Image: 2.bp.blogspot.com

8. You Know Them But Can’t Name Them!

Even though the top authorities of KFC would never let you have the herb’s list that they use to cook KFC chicken, once, they had revealed in media that salt and pepper were two of the 11 ingredients and the remaining were common herbs, which were found in almost every kitchen.
Source: whatculture.com

Do you know what the Japanese go for at Christmas dinner? You guessed right. Yes, it’s KFC. Since KFC raised the slogan, ‘Kentucky for Christmas,’ in Japan, people have nearly started a tradition of having KFC chicken on Christmas.
Source:  firstwefeast.com, GIF: medium.com

10. KFC And Its Iconic Bucket

Do you think that KFC started selling chicken in their world famous buckets since it was started? Absolutely not! They started the bucket tradition after 27 years from the opening of the restaurant.
Source: firstwefeast.com, GIF: gfycat.com

Who can forget the elderly face that is smiling as if he is inviting us to his home for a delicious dinner? That is why the face of Colonel Sanders is considered the second most identifiable face in the world.
Source: factsbarn.com, GIF: giphy.com 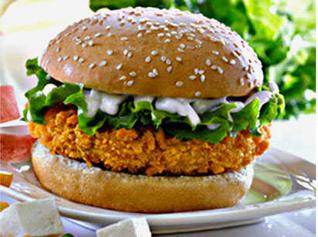 KFC was first meant only for nonvegetarians. But after taking into consideration the fact that they should cater to every taste, they started vegetarian items in their restaurants. They even decorated veg items to look like nonveg items just for fun.
Source: factsbarn.com, Image: thehindu.com

Why did they abbreviate the ‘Kentucky Fried Chicken?’ Definitely not because it is easy to pronounce buddies! They started calling it KFC to make people ignore the fact that they are eating fried chicken; since fried items tend to have more health hazards.
Source: weird.answers.com

At first, the place was called, ‘sanders court and café,’ when it was run by Colonel Sanders.
Source: stumblerz.com

Shukla Sundeep - August 4, 2015
0
The one word that can stop a toddler from crying like crazy is McDonald’s. Tell him that you will treat him with a McD...

16 Interesting Facts About The Rolling Stones