The controversial yet intriguing and edgy pop star, Lady Gaga is known for her inexplicable costumes and some great hits. She has a “Poker Face” which “Paparazzi” love, but all she has to say is that she was “Born this way.” She is unique and makes sure that her presence is never missed. Here are some interesting facts about Lady Gaga worth knowing:

2. Always Carries a Cup and a Saucer! 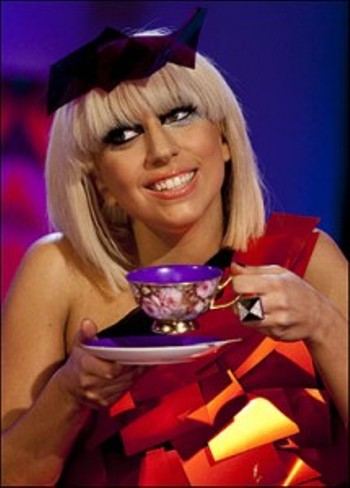 Lady Gaga once told in an interview that she carries a purple teacup and a saucer everywhere she goes. She drinks tea with her mother and carrying it makes her feel at home.
Source: abc7.com, Image: electricity-club.co.uk 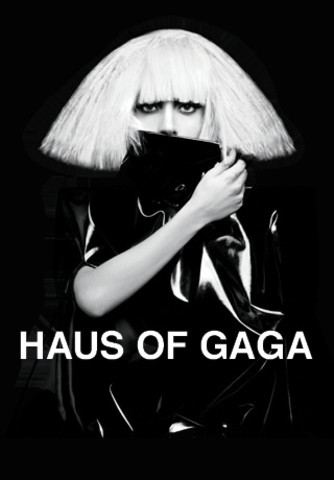 The singer has given a name “Haus of Gaga” to the crew that works with her. This crew includes stage designers, sound artist, clothes designers and visual artists.
Source: onlyinfographic.com, Image: appsios.net

At the age of 4, she started taking piano lessons and continued practicing it throughout her childhood.
Source: mademan.com, GIF: tumblr.com

6. When She Wore A Meat Dress! 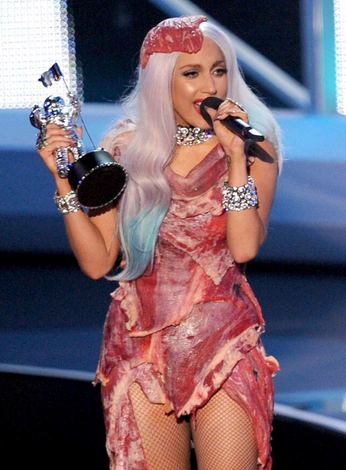 Do you guys recall the famous meat dress the star wore? Well, it weighed 50 pounds, didn’t drip blood and according to Gaga, it had a sweeter smell? Franc Fernandez designed the dress, sourcing the meat from his family’s butcher. The dress was put on display in the Rock and Roll Hall of Fame’s “Women Who Rock” exhibit.
Source: rollingstone.com, Image: twitter

7. Penned Songs For Some Great Artists! 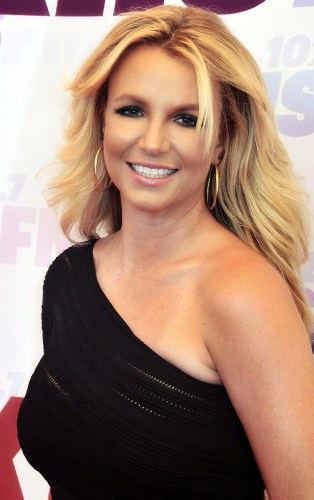 Lady Gaga is not just known for her singing talents, but she is also a songwriter and wrote songs for some of the big names like Britney Spears, Pussycat Dolls, and Fergie.
Source: nobert-bermosa.blogspot.in, Image: wikimedia.org

Before becoming the pop sensation, the star appeared on a reality show, MTV’s Boiling Point in 2005 as Stefani and also at another show ‘The Hills’ in 2008.
Source: dailyworldfacts.com, GIF: makeagif.com

Did you know that this star used to go dancing in the bars before she became famous and her music career took off?
Source: mid-day.com

10. ‘Born This Way’ Was A Humongous Success! 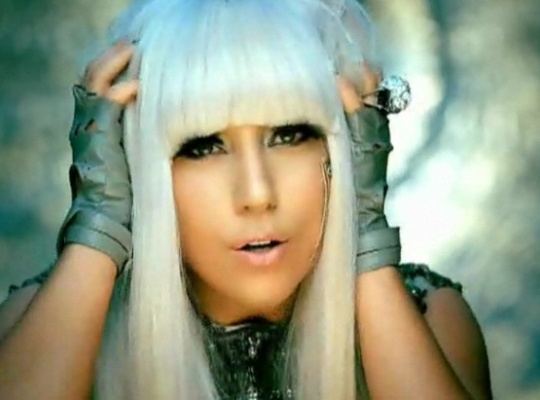 The star is always being vocal and open about being bisexual and one of her famous songs, Poker face is all about that. Jo Calderone is Lady Gaga’s male alter ego.
Source: magforwomen.com, Image: Flickr

12. A Schoolmate of Nicky and Paris Hilton!

Lady Gaga graduated from Convent of Sacred Heart of New York City. It is the same school attended by Nicky and Paris Hilton. A star-struck school indeed!
Source: sites.google.com

At the age of 19, Lady Gaga dropped out of NYU to pursue a music career and said that she could teach herself better than any school and she surely did.
Source: abc7.com

14. The Most Powerful Musician in the World!

Well, we could not agree more that Lady Gaga surely made an impact in the music industry worldwide and therefore in the year 2010, she was named the Most Powerful Musician in the World.
Source: sites.google.com, GIF: googleusercontent.com

15. When She Went Pantless! 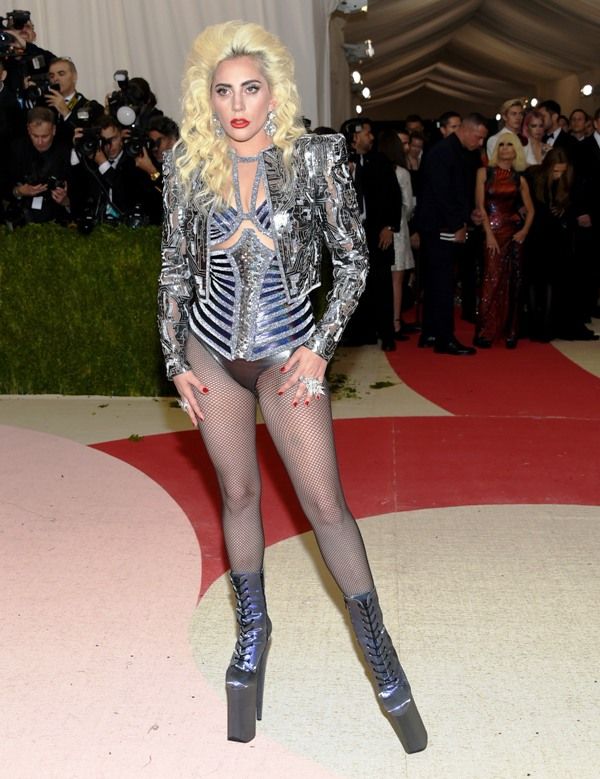 16. Cited by the Chicago Police!

The superstar, Lady Gaga was once cited by the Chicago Police for indecent exposure for wearing Hotpants in public. This star surely has lots of Oops moments!!
Source: boomsbeat.com 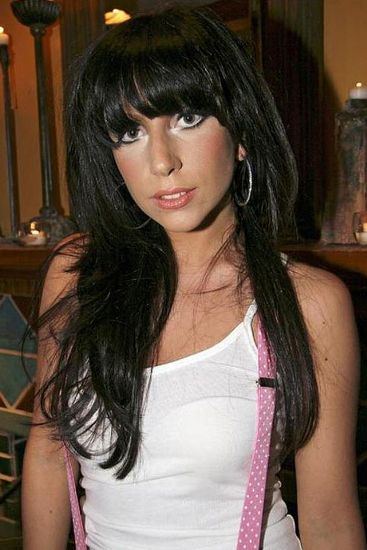 Her natural hair color is brown, but once somebody mistook her as Amy Winehouse, so she dyed her hair to Blonde to make her own personal identity.
Source: boomsbeat.com, Image: beautyeditor.ca 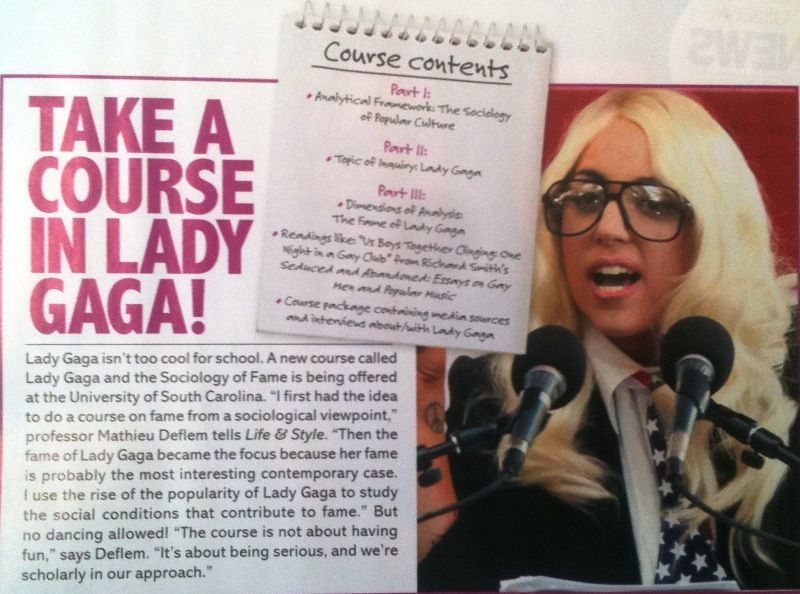 The University of South Caroline offers a full-time course entitled “Lady Gaga and the Sociology of Fame.” Its objective is unraveling “the sociologically relevant dimensions of the fame of Lady Gaga concerning her music, videos, fashion, and other artistic endeavors.”
Source: nobert-bermosa.blogspot.in, Image: 3.bp.blogspot.com 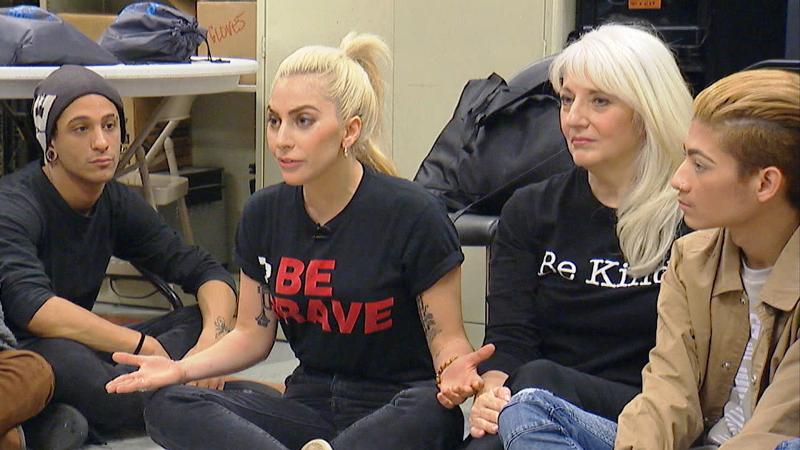 Lady Gaga is an active philanthropist. She is a passionate charity worker. She even donated around $500,000 for Haitian disaster relief.
Source: magforwomen.com, Image: nbcnews.com

Lady Gaga loves her fans immensely and once she sent out $1000 worth Papa John’s Pizza when she saw a number of them waiting outside a recording studio for her. Isn’t that sweet?
Source: boomsbeat.com

She has revealed she was raped as a teenager by a music producer. At the time of the horrific incident, she was 19 and had to undergo a lot of mental and physical therapy to recover.
Source: dailymail.co.uk

8 Interesting Facts About The White Helmets

Shukla Sundeep - October 7, 2016
0
Amidst the prevailing turmoil and the brutal Civil War in Syria, The White Helmets is a civil organization which is like a silver lining...