Leh Ladakh is the Northern most part of India located in Jammu and Kashmir. The scenic grandeur of entire Greater Himalayas is unmatched, but the mystical aura of the cold desert lends an ethereal charm to the rugged mountain ranges of Leh Ladakh. The varied topography encompassing towering mountains and undulating valleys have no comparison. The stillness of the barren brownish gray mountains gives a mystic charm to the environment that surpasses the visual splendor of the most enchanting landscapes. Here are some interesting facts about Leh Ladakh; 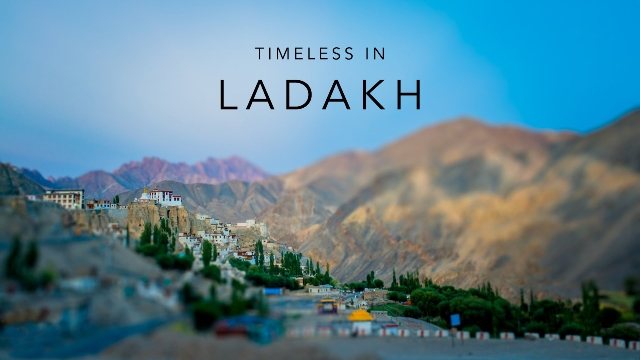 1. The highest bridge in the world 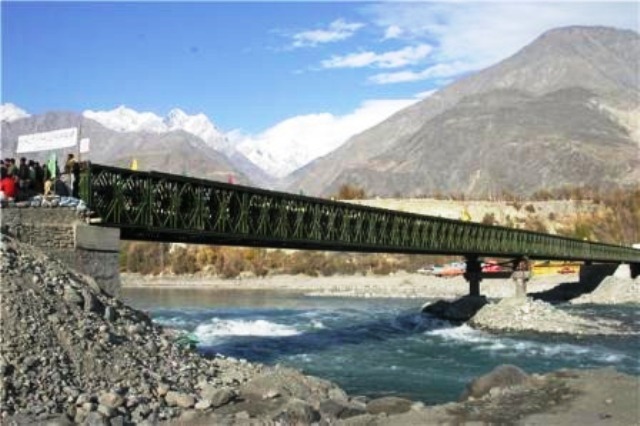 A Bailey bridge is 30 meters long and was built in 1982 by the Indian Army between the Dras and Suru rivers in the Himalayan mountains. Bailey bridge is a temporary bridge of lattice steel designed for quick assembly from prefabricated parts. The design is famous for its military application.
source: didyouknow.org, image: worldblaze.in 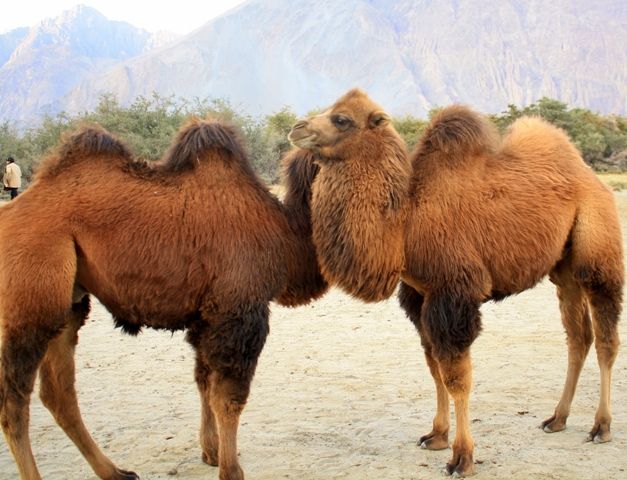 The Bactrian camel (two-humped) is a large, even-toed ungulate native. The Bactrian camel has two humps on its back, in contrast to the single-humped dromedary camel, they are rare compared to single hump camels. These camels are one of the main attraction of the Nubra valley in Ladakh.
source: holidayiq.com, image: etusgobiking.files.wordpress.com

3. This hill pulls you upwards! 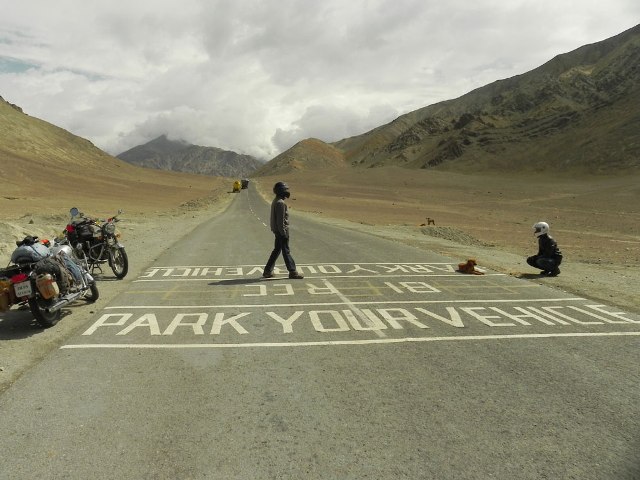 The mystical Magnetic Hill which is also known as the “gravity hill”, is located near Leh. The “Hill” is located on the Leh-Kargil-Srinagar national highway, about 30 km from Leh, at the height of 11,000 feet above sea level. The alignment of the road with the slope of the background can give the illusion that cars can drift upwards.
source: cozynuk.com, image: nikhilchandra.in

4. Dry but still home to large variety of birds 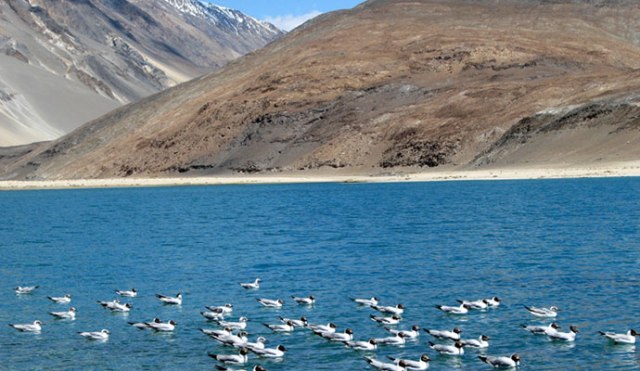 Ladakh is a desert, but it is still over 225 species of birds such as finches, robins, redstarts and Hoopoe are found here in abundance. It never ceases to amaze the tourists who venture this far up that the region could retain so much of its natural beauty.
source: toursnfoods.com, image: indianhimalayas.atoai.org

5. The most visited “high grassland lake” 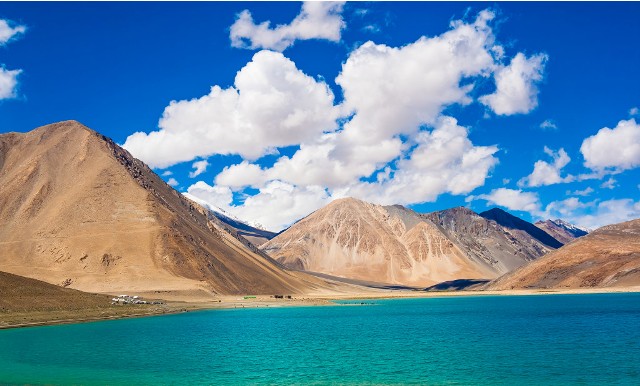 Pangong Tso means “high grassland lake” in the Tibetan language. Commonly referred to as Pangong Lake, it is an endorheic lake in the Himalayas situated at the height of about 4,350 meters. During winter the lake freezes completely, despite being a salt lake.
source: cozynuk.com, image: thelandofsnows.com 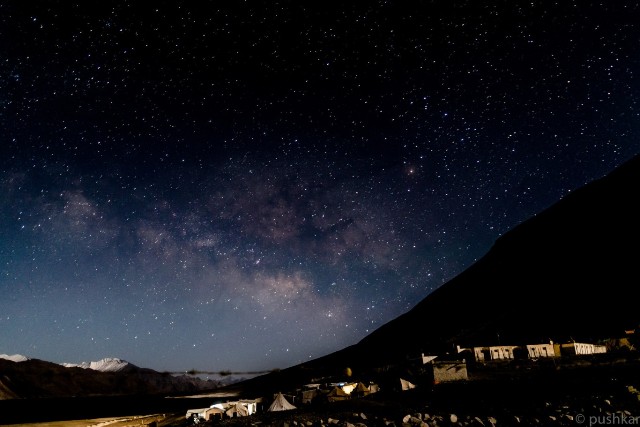 Due to its high altitude and clear skies, the region is popular as an important astronomy center. The Udaipur Solar Observatory and 2-Meter Himalayan Chandra Optical and Infrared Telescopes are some of the Indian Astronomy studying facilities that are situated in Ladakh.
source: toursnfoods.com, image: static2.tripoto.com

7. It is the highest plateau in Kashmir state

Ladakh is the highest plateau of Kashmir with much of it being over 3,000 meters. It extends from the Himalayas to the Kunlun Ranges and includes the upper Indus River valley.
source: holidayiq.com

8. The land of great monasteries

The area is home to many monasteries and tourists can commune with the monks in monasteries like Hemis Gompa, Thiksey Gompa and Shey Palace.
source: nexioncanada.com, image: omtheroad.files.wordpress.com

9. The Kung-Fu Nuns of Ladakh 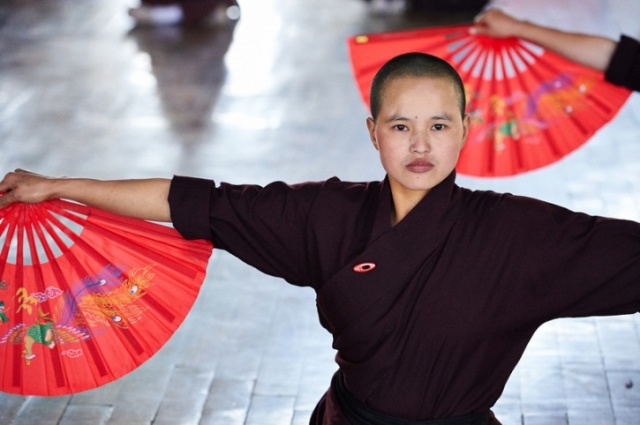 You can see a large group of ladies, under the age of 25 practicing the art of Kung-Fu in the Drukpa nunnery in Ladakh. The place is home to a self-empowered branch of feminist Buddhism that not only encourages nuns to train in Kung-Fu but also lets them study and seek enlightenment on a par with monks.
source: toroots.com, image: media.indiatimes.in

10. Ladakh is the highest settlement in India 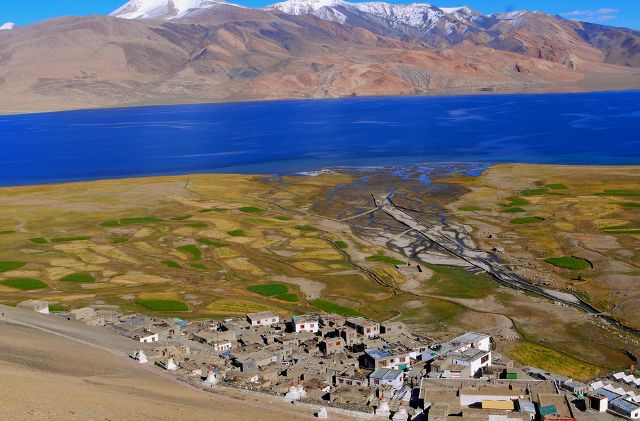 Rangdum is the highest inhabited region in the Suru valley, after which the valley rises to 4,400 m  at Pensi-la, the gateway to Zanskar. The extreme limit of cultivation is at Korzok, on the Tso-moriri Lake, at 4,600 meters are widely considered to be the highest fields in the world.
source: holidayiq.com, image: extremetoursindia.com

11. Ladakh is bounded by two of the world’s mightiest mountain ranges 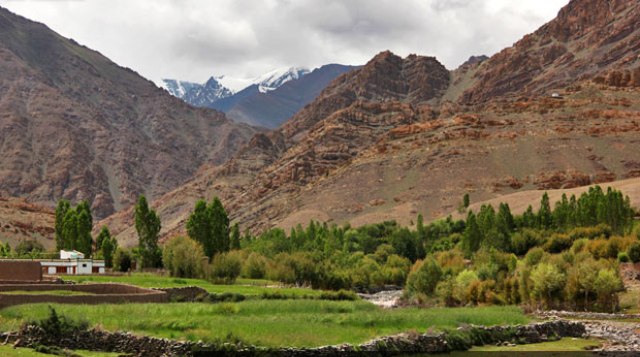 Though Ladakh range has no major peaks, it is situated between the Great Himalayas and the Karakoram, which are the world’s highest mountain ranges.
source: toroots.com, image: riseonhimalayas.com

Khardung La in Ladakh is claimed to be the highest motorable road in the world. It is situated at an altitude of 5359 meters.
source: devilonwheels.com

Krishna - February 17, 2017
0
One of China’s most eternally popular holiday destinations, Hangzhou is famous for its natural beauty and historical heritage. Located at the head of Hangzhou...