Leopards, more popular for the leopard print than themselves, sadly, are one of the five “big cats” in the genus Panthera. The big five are tiger, lion, jaguar, leopard and cheetah, out of which tiger is the biggest whereas leopard is lightly built and smaller as compared to the rest of the Panthera family. It quite looks like a Jaguar except that its smaller in size and has rosettes skin pattern, which makes the spots look more dense.  Leopards are widely spread over the sub-Saharan Africa and Asia. Old fossils suggest that there were ranges in Europe and Japan too. 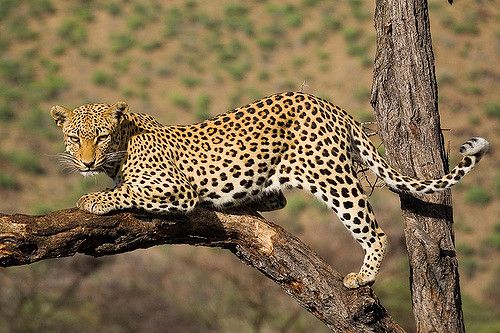 Leopards are very interesting in their built and behavior. Know such interesting facts about leopards.

The beautiful cream and gold spotted fur helps them to mix up with the leaves of the trees and other plants and shrubs. It is very difficult to spot a leopard in the wild. This helps them to be secure on the trees with their prey.
Source: wikipedia.com

2.  Mind their own business and place. 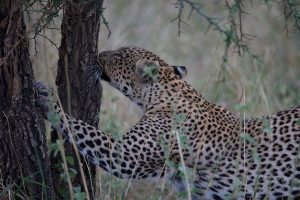 Adult leopards are solitary beings and are territorial. They surely like to keep it to themselves as they don’t interact unless they want to mate with a female leopard or hunt. They mark their territory with urine and claw marks on the trees.
Source: onekind.org, Image: Lip Kee Yap, flickr.com

The leopards rely on their camouflaged fur, their agility, broad diet and their adaptability to various habitats from rain-forest to steppe, including arid and montane areas.
Source: wikipedia.com

Its sleek, agile and powerful body that can run at an astounding 57 km/hr, jump 6 m horizontally and 3 m vertically and drag a heavy prey climbing up on a tree, makes the leopard a fast and a safe hunter.
Source: onekind.org, Image: sabisabi.com

This big cat’s tail is almost as long as it’s body. The stronger the tail, the better the balance. Along with this, the leopard has a very gripping set of claws that can help it climb even a straight rough cliff like a person does rock climbing. But unlike us, its not subjected to ropes for safety. 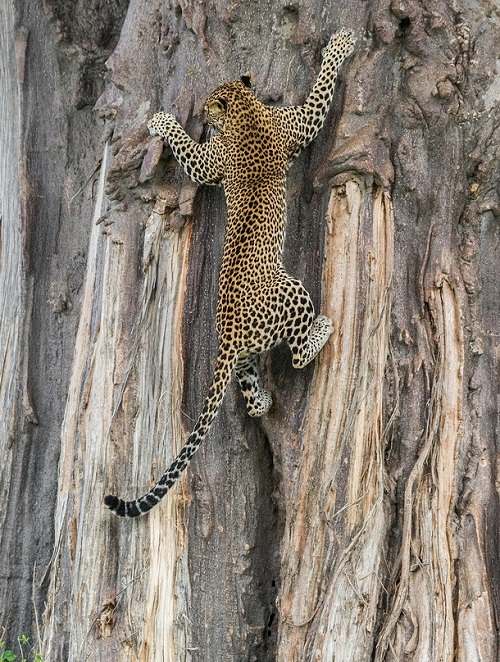 6. Creatures of the night

Like lions, leopards are also nocturnal, hunting prey at night. Mostly leopards hunt from dusk to dawn except the ones in western Africa which happen to be diurnal and hunt during twilight.
Source: Wikipedia

Female leopards give birth to a little of two or three cubs at a time. By the time a cub is two years old, it will leave the company of its mother and live on their own.
Source: livescience.com 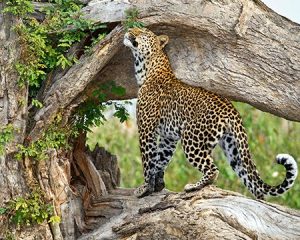 In order to invite the leopards for mating, the female leopard would leave a scent rubbing her body on the trees; so that the leopards could reach her smelling her scent or hearing her call. Sweet! Some nice fragrance and a song would do it for me 😉
Source: sciencekids.co.nz

9. Endangered for saving us

Different body parts of the leopards are used for medicinal, clothing and decorative purpose by the human beings. It is declared as a vulnerable specie now. Every form of life is contributing to other forms of life and we are only taking and taking a whole bunch from the mother earth and giving back pollution, extinct species and violence. Who put us in charge?
Source: sciencekids.co.nz 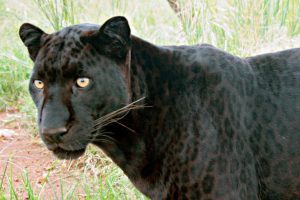 Due to imbalance of melanin, the golden fur turns into black and the whole leopard looks like a black panther as the black spots can not be distinguished easily from the ground color. Depending on the level of melanin, the fur pattern might vary.
Source: wikipedia.com, Image: pinterest.com

In a National Geographic program, a leopard attacked a baboon. On finding that there was an infant holding to that baboon, the leopard carefully separated the baboon and kept it safe from other predators by putting it on a tree all night.
Source: onekind.org

The cubs are born blind and totally rely on their mother for about a week and their eyes are bright blue for months. They don’t have spots at the time of birth and are plain gray for few days.
Source: londolozi.com

13. Stronger by every pound, every ounce.

Pound to pound, leopard is the strongest than all the “big five” cats. Meaning, if it was as big as other big cats, it would come out to be the strongest.
Source: onekind.org 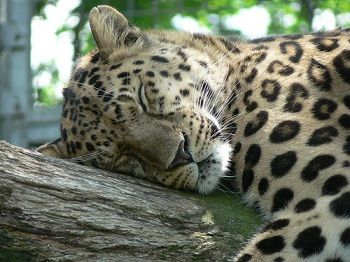 When the leopards sense that their time is coming to an end, they come back to the place they were born at. It’s enlightening how they have these traditional behavior, empathy and intelligence that just connects us the same way.
Source: londolozi.com, Image: flickr.com

The female mates with many dominant males near her territory, so that no one kills the cubs thinking they are their own. No way! Why are males so dumb everywhere? One call for mating is all that it would take i guess and they would kill the cubs for that? Not to forget the scent and the song. Hmm.. Not bad lady leopards!
Source: londlozi.com

Shukla Sundeep - October 24, 2015
0
When it comes to mangoes, it becomes difficult to hold on our cravings for it. Because of their popularity in many parts of the...