April 14, 1865, The Good Friday, soon turned into a day of national mourning when President Abraham Lincoln was shot while watching a play “Our American Cousin” at Ford Theater in Washington D.C. He died the next morning. The President’s funeral train traveled through 400 cities for about 14 days and was buried on May 4, 1865, in Springfield, Illinois. Let’s explore some interesting facts about Lincoln’s Assassination:

1. Man who belongs to the ages! 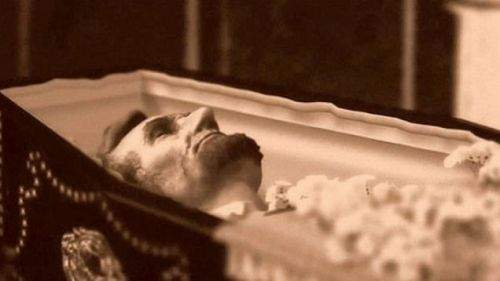 Abraham Lincoln struggled for nine long hours between life and death but lost the battle after he was shot. Edwin Stanton, the secretary of war, was by his side in his last moments and remarked the president’s death as “Now the man belongs to the ages.”
Source: historyextra.com, image: i.kinja-img.com

2. Laughing at the moment 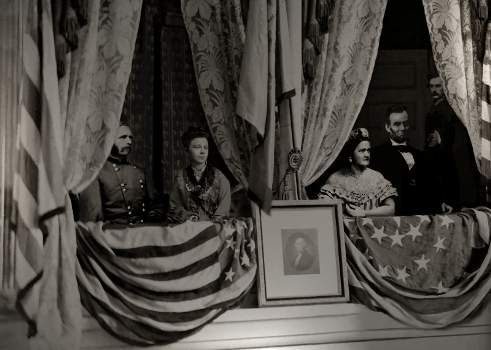 “Don’t know the manners of good society, eh? Well, I guess I know enough to turn you inside out, old gal; you sockdologizing old man-trap!” Who knew the statement was going to be the President’s last laugh? Everybody in the theater was laughing with Mr. President, but unfortunately, it turned out to be his last laugh. Booth entered the President’s chamber the very same moment and shot him in the back of his head.
Source: ibtimes.com, image: wikimedia.org

As per the words of historian Harold Holzer, President Lincoln didn’t believe that assassination was in the American spirit. The President always said,” If someone wants to get at me, there is nothing I can do to prevent it.”
Source: cbsnews.com

First Lady Mary Lincoln requested the surgeons to clip a lock of hair of Mr. President for her during the autopsy. Such was the bond of love that the lady gathered herself, sent a note to the surgeon requesting for her beloved’s beauty assets.
Source: washingtonpost.com, image: wikimedia.org

5. Tears of joy and sorrow

The news of President’s death traveled from one end to the other as the fire across the woods. The people who were celebrating the end of Civil War now staggered from Lincoln’s shocking assassination.
Source: wikipedia, image: wikimedia.org

6. Policeman in the Saloon

The president had only one bodyguard and a policeman named John Parker in the name of security, but the policeman was in the saloon with president’s coachman instead of being at his post when the president was shot.
Source: historyextra.com 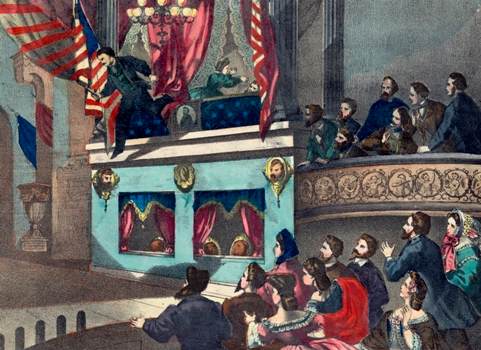 “Sic semper tyrannis” i.e. thus ever to tyrants (the Virginia state motto), these were the words John Wilkes Booth shouted in the audience after shooting Abraham Lincoln in his private box. John Wilkes Booth jumped from the stage, broke his leg but still managed to run off from the theater and escape from Washington D.C. on horseback.
Source: historyextra.com, image: newsinteractive.post-gazette.com

With 10,000 federal troops, detective and police tracking down the assassin this was one of the largest manhunts in history. He was tracked down after ten days in Virginia and after a brief standoff was shot. He died because of his wounds 3 hours later.
Source: history.com, image: wikipedia.org

“Useless, Useless,” these were the words John Wilkes Booth uttered just before his death. Troops surrounded the farmhouse in Virginia where Booth was hiding and set it on fire. But Booth didn’t come out. He was shot in the neck by a union soldier, came out of the farmhouse alive, fought with the pain for three hours and uttered those words and died.
Source: wikipedia

There was a young doctor named Charles Leale was present in the audience who rushed to the President’s chamber after hearing the shot and Lady Lincoln’s scream.
Source: cnn.com, image: wikimedia.org

12. House across the street

The President was carried to the Peterson house across the street. At that time Abraham Lincoln was paralyzed and was struggling to breathe. Soon the surgeon arrived at the house and concluded that Mr. President would not see the light of the day.
Source: nps.gov, image: wikimedia.org

Closest friends of Abraham Lincoln, his cabinet members, and the vice-president Andrew Johnson stood vigil by President’s bedside until he was declared dead officially at 7:22 a.m. Overwhelmed with shock and grief Mary Lincoln with her eldest son Robert at her side was lying in the adjoining room.
Source: history.com, image: wikimedia.org

14. Not only just President’s blood!

Henry Rathbone who was a military official accompanied by his fiance Clara Haris, daughter of Ira Haris, New York senator tried to stop Booth from escaping, but Booth stabbed him with a Bowie knife. Rathbone bled all over the place, but no one was paying attention towards him as president was lying on the floor.
Source: cbsnews.com, image: wikimedia.org

14. The actress of the play

Laura Keene, the actress, dashed into the Presidential box and had President’s head on her lap before the doctors arrived.
Source: wikipedia, image: wikimedia.org

Ford Theater was closed forever after the incidence, the US government acquired the Theater and converted it into a warehouse. It was reopened as a museum in 1968, but President’s box is never used.
Source: wikipedia, image: flickr

The original plan was to kidnap Abraham Lincoln after he returns from the Campbell Hospital on March 17 after attending the play, “Still Water Run Deep.” But the President himself changed his plan and went to a military ceremony. So Booth also altered his plan and planned to kidnap Abraham Lincoln after the Ford theater’s program but changed his mind again after Lee’s surrender.
Source: wikipedia, image: wikimedia.org

The Secret Service didn’t exist at that time; Abraham Lincoln signed the bill forming it that night before he left for Ford’s Theater.
Source: constitutioncentre.org

Booth attended Abraham Lincolns’ speech at White House in which Lincoln announced the idea of emancipating the former slaves. Furiously provoked, Booth vowed to God and said, “I’ll put him through. That is the last speech he will ever give”.
Source: ibtimes.com, image: wikimedia.org

Booth’s plan didn’t only include the assassination of President Abraham Lincoln but also the Vice President Andrew Johnson and Secretary of State William Seward. The attack on Seward got failed, although secretary along with his son was severely injured and the attack on Vice President was not carried out.
Source: wikipedia, image: wikimedia.org

There is no concrete story to answer the question. However, one of the most logical inferences has been given here- John Wilkes Booth was a member of a famous acting family and enjoyed a successful stage career during the Civil War. He was a supporter of slavery and an open Confederate sympathizer during the war. When Lincoln was reelected in November 1864, he feared that Lincoln would overthrow the Constitution and destroy his beloved South.
Source: teachinghistory.org