In the beautiful laps of the Andes Mountains in Peru, above the Urubamba River Valley, Machu Picchu is truly a gem of South America. Due to its spectacular location and history, it is crowned as one of the 7 wonders of the world. Here are some interesting facts about Machu Picchu:

1. Lost City Of The Incas

It is often denoted as “Lost City of the Incas” because the Spanish never found the city when they conquered the Inca in the 1500’s.
Source: ducksters.com

2. The Secret Jewel Of The Incan Empire

This remarkable wonder was created as an estate for the 9th Inca emperor called Pachacuti in the 15th-century.
Source: Wikipedia, Image: Wikia.com

3. Sitting At A Colossal Height

It is located in the laps of the Andes Mountains and hence is 8,000 ft above sea level.
Source: Wikipedia

Considering the area of about 13 sq km, it was a small city with capacity for around 1000 people.
Source: ducksters.com

5. The City Was Divided Into 3 Parts

The city of Machu Picchu was divided into 3 parts such as the sacred district, popular district, and nobility district.
Source: ducksters.com

Intihuatana is a sacred structure in Machu Picchu; as it was made to keep the Sun along its annual path. Some described it as an astronomical clock or a calendar.
Source: rediscovermachupicchu.com, Image: David Stanley, Flickr

Despite the fact that Machu Picchu was not big in size, it was well optimized; as there are nearly 140 buildings in the city as well as over 100 flights of stone steps.
Source: ducksters.com

Hiram Bingham, an explorer, and politician from the United States, discovered the Machu Picchu in the summers of 1911. With the help of local farmers, he discovered an eye-catching ancient city.
Source: Wikipedia, Image: loc.gov

The Inca Empire was technically very sound in building great architecture; as it can be observed by watching their meticulous work on stones. As Peru is a highly earthquake sensitive zone, the Inca Empire created such stones so that when an earthquake occurs, the stones tend to bounce through “the vibrate” and then fall back into place.
Source: nationalgeographic.com

10. The Best Creation Of The Inca Empire Is Hidden!

Inca Empire was one of the craftiest empires around the world. They were not only good in creating spectacular walls but also in civil engineering; as it has been found that around 60% of their creations were underground, which includes deep building constructions and crushed stones for drainage purpose.
Source: nationalgeographic.com

11. Ashlar Technique Was Used For Cutting

Ashlar technique was widely used for cutting the stones artfully. It was so well made, without using any mortar that even the small things cannot be put between the stones.
Source: machupicchu.org

In 1983, UNESCO declared the Machu Picchu as a World Heritage Site.
Source: softschools.com

Machu Picchu is counted among the 7 wonders of the world. However, not much description of the ruins can be seen at the site, which makes it anonymous.
Source: nationalgeographic.com

Endhiran or Robot, a South Indian movie of 2010 was partially filmed here. Featured by Rajinikanth and Aishwarya Rai, it was one of the few films allowed to shoot at the Machu Picchu.
Source: tucantravel.com, Image: globalfilmbook.com

There is a strange gateway rule in Machu Picchu that outsiders cannot wear native or customary clothes here.
Source: tucantravel.com 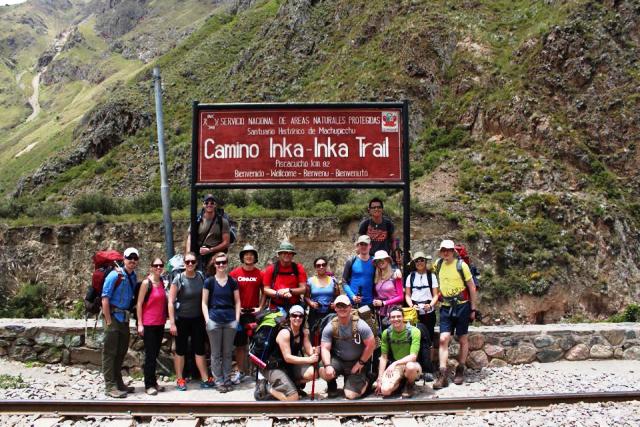 A marathon like track and field event of around 82 km takes place every year in this part of the region.
Source: tucantravel.com, Image: lunicmusic.files.wordpress.com

17. Trek To Reach The Heights

Trekking is the way to reach the Machu Picchu. It’s a 3-day process and reaching such a height is also physically demanding. Because of erosions around the area, the government has instructed that the trekkers must have locally-hired porters.
Source: tucantravel.com, Image: accountingtools.com

It is believed that due to epidemic smallpox, people of this city had left the place.
Source: softschools.com

The houses built at the Machu Picchu were earthquake resistant; the video shows how amazing the ancient technology was!

Shukla Sundeep - July 20, 2016
0
The Umayyad Caliphate, also spelled Omayyad, was the second of the four major Arab caliphates established after the death of Muhammad. This caliphate was centered on...