Mandarin Chinese is spoken by 1 billion people around the globe making it the most used language amongst all. Apart from being the most common language, there are a number of interesting facts that you might not know about Mandarin. Check them out! 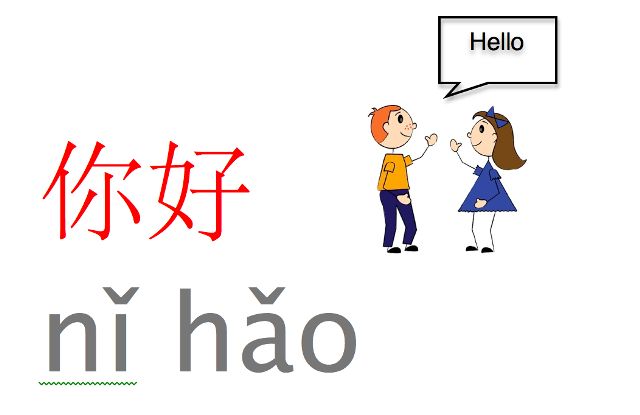 1. One of the six official languages of United Nations

Chinese is one of the six official languages of UN. The other five languages being: English, French, Russian, Arabic and Spanish.
source: Wikipedia

2. Countries That Use Mandarin 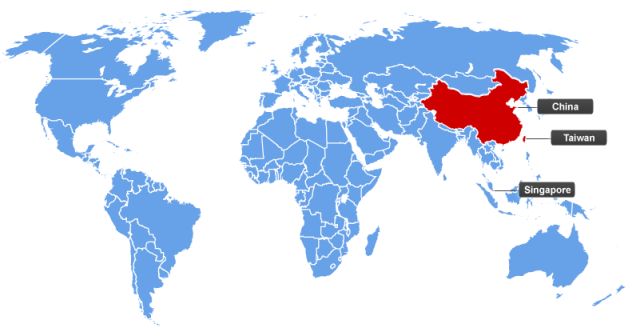 Apart from China, Mandarin Mandarin is being used in Taiwan, Indonesia and Singapore. The maximum number of people who speak Mandarin reside in China obviously, because Chinese is their official language and also because of the huge population. It has been the national language of China since the 14th century!.
source: taiwanese-secrets.com, image: msicollege.com

Chinese grammar is really not all that difficult as compared to English and French. You don’t need to specify gender. Also singular or plural of anything is the same, no distinguishing is needed. You don’t need to conjugate verbs or spend too much time on verb tenses.
source: thechairmansbao.com

4. What! Mandarin Has No Alphabets 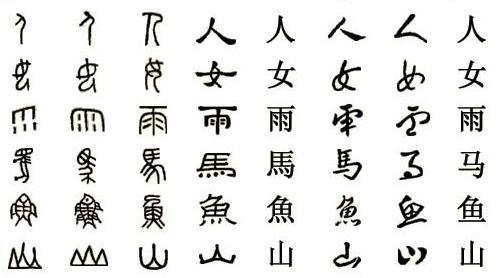 The language of Mandarin has no alphabets; it uses symbols also called Chinese characters. These characters or symbols represent the oldest writing system in the world. There are about 10,000 existing Chinese characters and they only keep increasing because of the new Chinese symbols that keep adding to the number.
source: taiwanese-secrets.com, image: lingworld.com

5. If Almond sharpens your Brain then Mandarin too!

6. Not So Simple Measure Words

There is another writing system to write Chinese in Roman alphabets, it is called Pinyin. In Chinese, Pinyin literally translates to spelled sound. Pinyin is really helpful in understanding different tones of Mandarin.
source: translangways.com

Mandarin has four tones and because of these four tones, a word in Chinese can mean four different things. There is also a fifth tone which is sometimes not counted because it is a neutral tone.  There is a famous poem in Chinese called 施氏食狮史 Shī shì shí shī shǐ which translates to – ‘The Lion-Eating Poet in the Stone Den’ having 120 characters, all of which have the pronunciation “shi”.
source: translangways.com

9. Why is It called Mandarin?

Why a different word for the language, Chinese? Most Chinese themselves wouldn’t know the reason. Mandarin in English means official of the Chinese empire. It further has its origins in the Portuguese word ‘mandarim’, which comes from the Malay language word ‘menteri’, which is derived from Sanskrit ‘mantrin’, meaning “minister or counselor”. One hell of a roller coaster ride this explanation was!.
source: chinesefridge.com

10. One of the Fastest Growing Languages in the World

Mandarin is one of the fastest growing languages in the World. People from all over the world is trying to learn it. China is becoming the superpower and leading trade activities in Eastern Hemisphere of the Planet so it helps in business. Many people from western countries too learning this. In United States Chinese is getting one of the most emerging foreign languages after Spanish.
source: thechairmansbao.com

More and more famous people are learning Mandarin. Recently, Facebook CEO & Founder Mark Zuckerberg flabbergasted a group of students at Beijing University by talking in Chinese (if you ask me its tones could do with a little work, though!). Other famous people that speak Mandarin include former Australian Prime Minister Kevin Rudd and former US Treasury Secretary Timothy Geithner, who studied Chinese at Beijing University. Even Prince William gave an interview in Mandarin recently, as he wished everybody a Happy Chinese New Year.
source: thechairmansbao.com

Mandarin is really bizarre. Mandarin characters can be written from left to right, right to left, or from top to bottom.
source: taiwanese-secrets.com