Mars is the second smallest planet in our Solar System. Also described as the “Red Planet,” Mars has always been at the center stage of searching the extra-terrestrial life. Let’s know some interesting facts about Mars- “The Red Planet:” 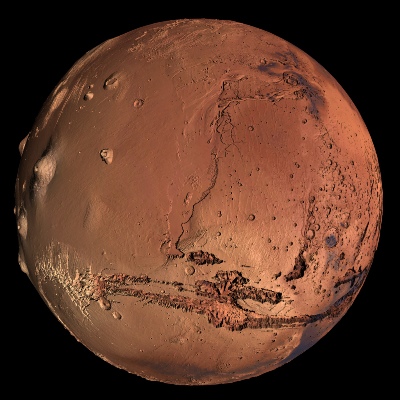 Everyone knows that Mars is famously known as the Red Planet. But do you know why Mars had gained this sobriquet? Actually, the red color is imparted by the iron-rich dust and rocks covering the surface of Mars.
Source: space-facts.com, image: Flickr

Due to the red color of Mars, most civilization associates it with blood and war. So, it is usually named after war Gods of different civilizations. For example, Greek named this planet Ayers, their war God. Romans called it Mars, the Roman God of War. Egyptians called this planet ‘Her Desher’ meaning the red one while China’s astronomer named it ‘The Fire Star.’ Babylonians called it ‘Nergal’ which means the star of Death. Hebrews called it ‘Ma’adim’ which means the one who blushes. Some ancient civilizations had believed that the red color of Mars was due to actual blood present on the planet.
Source: space-facts.com, image: wikimedia.org

Do you know that the month March is named after the planet Mars!
Source: facts.randomhistory.com

Giovanni Schiaparelli, an Italian astronomer, discovered grooves on the surface of Mars and believed that it was caused by some intelligent life forms on Mars. Sadly, later on, these groves were proved to be an optical illusion.
Source: theplanets.org, image: wikimedia.org

Earth’s crust is made up of several moving plates, and they are separated by the oceans. But the crust of Mars is just one single piece and is much thicker than the Earth’s.
Source: facts.randomhistory.com, image: wikimedia.org

In many ways, Mars is like Earth, but there are also some major differences between the two planets. One of the major difference is the gravity. Gravity on Mars is 62 % lower than the gravity on Earth. It’s the reason why tall volcanoes can exist on Mars without collapsing.
Source: universetoday.com

Due to low gravity, if a child is born on the surface of Mars, it would be a few inches taller than the newborns on Earth. But the problem will occur once they try to come to Earth because they would experience three times more gravity than their home planet Mars. They can develop a serious bone problem. Sorry Martian, Earth is not the place for you.
Source: livescience.com 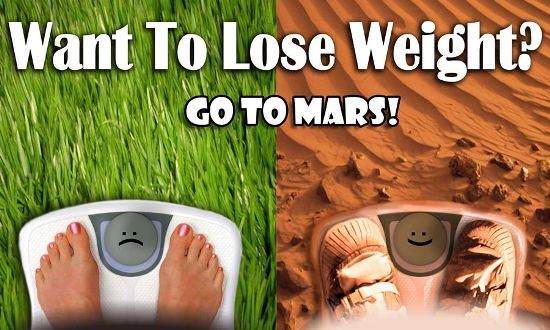 Now you know what will happen to Martians when they land on the Earth. But do you know what will happen once you reach the Mars? Simple, you would just lose weight. Upon landing the Mars, you will weigh only 2/5th of your weight on the Earth. It’s due to the low gravitational pull of Mars as compared to Earth. Aspiring models don’t forget to visit Mars.
Source: curiosityaroused.com, image: wikimedia.org

Mars houses many volcanoes. But it has gained the proud place of being the planet with the largest volcano. Standing 21 kilometers high and with a base of 600 kilometers, Olympus Mons is the largest volcano on Mars and even in the entire solar system.
Source: sciencekids.co.nz, image: wikimedia.org

10. The Great canyon on Mars

Not only great volcanoes exist on Mars; rather giving company to these volcanoes, a deep and wide canyon exists on the surface of Mars. This canyon is called Valles Marineris. This gorge was actually created by a volcanic eruption, which was strong enough to tear up the land creating a huge valley. In some places, Valles Mariners is as deep as 7 kilometers.
Source: universetoday.com, image: wikimedia.org

After several studies, it had been found that the availability of water of the surface of Mars is negligible. However, some recent studies have indicated the presence of ice on the poles of Mars.
Source: universetoday.com, image: wikimedia.org

Ok, not the whole planet Mars but some pieces of Mars have been discovered on the Earth. As to how these pieces reach the Earth, scientists say that meteorites ejected by Mars orbited the solar system and eventually entered the Earth’s atmosphere and then crashing on our ground.
Source: theplanets.org, image: wikimedia.org

There are two moons of Mars whose names are Phobos and Deimos. Phobos means fear while Demios means panic. Fear and panic are believed to be twin Gods who accompanied the war God Mars into battle.
Source: facts.randomhistory.com, image: wikimedia.org

There are two moons orbiting the Mars, and they are known as Phobos and Deimos. The interesting thing about both these moons is that instead of being circular or oval they are irregularly shaped and quite small. Phobos rises in the West and sets in the East while Deimos rises in the East and sets in the West. Also when seen from Mars, Phobos rises and sets twice a day while Deimos rises and sets only once in 2.7 days!
Source: facts.randomhistory.com, image: wikimedia.org

Mars’s axis is tilted away from Sun just like the axis of Earth. Due to this Mars also experiences the four seasons, which occur on Earth. But the seasons on Mars are twice as long as that of Earth’s. It’s because Mars orbits the Sun in 687 days while Earth orbits it in 365 days.
Source: zeenews.india.com 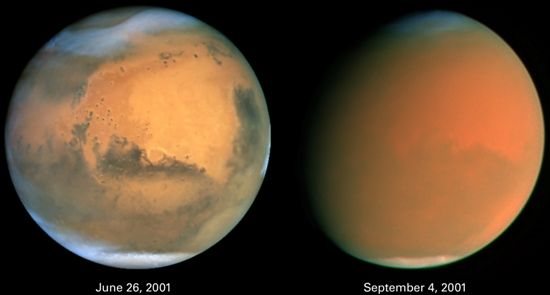 Next time you are planning for a long drive, just plan a trip to Mars. 8 months to go to Mars and 8 months to return to Earth.
Source: curiosityaroused.com 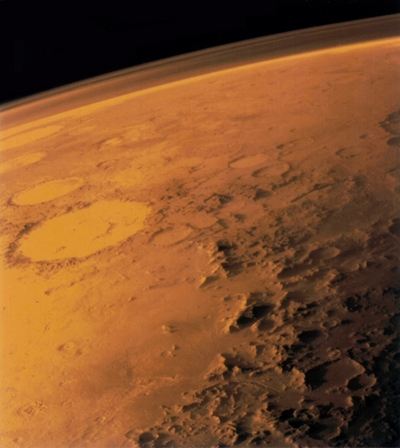 Before you plan a trip to Mars, just take some precaution as the atmosphere of Mars mainly comprises of carbon dioxide. So, you will need a space suit to breathe. Also, the atmosphere is very thin and there is no ozone layer to save you from the harmful UV rays.
Source: curiosityaroused.com, image: wikimedia.org

Krishna - June 25, 2019
0
The English flag is taken from the St. George Cross which is associated with St. George who was a soldier to Roman Emperor, Diocletian....