Mary, “Queen of Scots,” was one of the most controversial rulers of her time. The shadow of ill fortune tumbled to her when she was just 6 days old. Her father, James V, King of Scotland soon passed away after Mary’s birth and Mary became the infant Queen as she was the only legitimate child. Mary spent most of her childhood in France away from her mother. Later, her marriages were nothing but as tragedy thrills in her life, which ultimately led her to the abdication of the Scot throne spending rest of her life as a prisoner in England till her execution. Here are some interesting facts about Mary, Queen of Scots: 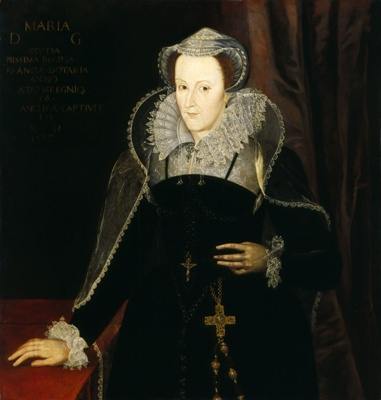 Mary was born on 8 December 1542 at Linlithgow, Scotland to King of Scotland James V and his French Wife Mary of Guise. Mary was baptized in the nearest church of St Michael shortly after she was born.
Source: Wikipedia, image: wikimedia.org

On December 14, King James V passed away when Mary was only six days old. Thus, Mary acquired the throne and became the Queen of Scots. Mary’s coronation took place on September 9, 1543, at Stirling Castle.
Source: Wikipedia

On July 1, 1543, a Greenwich treaty was signed between the representatives of England and Scotland. Under this treaty, King Henry VIII proposed an agreement for the union of two kingdoms. The Proposal was the marriage of Mary and Henry’s own son, Edward.
Source: litencyc.com, image:tudorsandotherhistories.com

Haddington treaty was signed in 1548 that promised marriage of Mary Queen of Scots to Dauphin Francis in return for French military help to besiege Haddington from English. With the marriage agreement in place, five-year-old Mary was sent to France to spend the next thirteen years of her life at the French court.
Source: bbc.co.uk 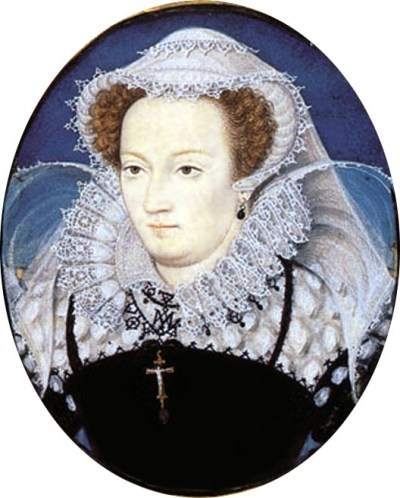 Mary was quite a talented child with several skills acquired during her childhood. She was skilled in poetry, prose, falconry, needlecraft & horsemanship and also knew a number of languages like French, Latin, Spanish, Greek, Italian in addition to her mother tongue Scots.
Source: Wikipedia, image: wikimedia.org

The portraits of Mary reveal that Mary had visibly attractive features and was considered as a beautiful child and later as a woman, strikingly captivating.
Source: Wikipedia, image: wikimedia.org

In 1554, The Dauphin of France, Francis, and Mary, Queen of Scots tied the knot. In 1559, King Of France Henry died. Thus Francis ascended the throne and Mary briefly became the Queen until the Francis died prematurely in December 1560.
Source: historytoday.com, image: wikimedia.org

On August 19, 1561, Mary returned to her homeland, miserable and dejected. On her voyage back from France to Scotland, she even wrote a poem ‘Farewell, my dearest homeland.’
Source: bbc.co.uk

9. The Fall of the Queen

Four years later on July 29, 1565, Mary tied the knot with her first cousin, Henry Stuart, Lord Darnley at Holyrood House Palace. Darnley was demanding the Crown Matrimonial, which would have made him a co-sovereign of Scotland, to which Mary had declined, resulting in a sour relationship between the couple.
Source: educationscotland.gov.uk, image: wikimedia.org

David Rizzio (Mary’s private secretary), who was rumored to be the father of her child was killed by Darnley and his friends in front of the expectant Mary at a supper party in Holyrood House Palace. But, the murder of Rizzio undoubtedly led to the collapse of their marriage.
Source: thefreelancehistorywriter.com, image: wikimedia.org

11. Birth of an Infant Monarch Yet Again

On June 19, 1566, James was born to Mary & Darnley in Edinburgh Castle, and Scotland got its new inheritor to the throne.
Source: Wikipedia, image: Flickr

In February 1567, Darnley was mysteriously found murdered in the garden following a blast at Kirk o’ Field, apparently asphyxiated, but there were no discernible signs of brutality on the body.Treachery was suspected, and various names came under the scanner including Mary.
Source: biography.com

13. The Abdication from Throne

The scandalous union of Mary & James Hepburn, Earl of Bothwell made the Scottish dignities rise against Mary. On 24 July 1567, Mary was forced to abdicate the throne in favor of her infant son James.
Source: biography.com, image: wikimedia.org

On May 2, 1568, Mary escaped from Loch Leven with the aid of the castle’s owner. After a futile endeavor to regain the throne, Mary then fled towards England, seeking the shield of her first cousin, Elizabeth I. But instead of helping Mary, Elizabeth I detained her and kept her as a prisoner for almost 20 years before executing her.
Source: biography.com

On 11 August 1586, Mary was associated with the Babington Plot because of the letters disclosed by Elizabeth’s spymaster. Mary was brought to trial & found guilty of treachery.
Source: elizabethfiles.com

On February 1, 1587, Queen Elizabeth signed the death warrant of Mary and passed it to William Davidson, a privy councilor. Mary was executed on 8 February 1587 at Fotheringhay Castle, Northamptonshire.
Source: Wikipedia, image: wikimedia.org

Although Mary never met Elizabeth I during her lifetime, the graves of two cousin sisters are standing side by side in Westminster Abbey.
Source: myinterestingfacts.com, Image: tsoc-madeglobal.netdna-ssl.com