The one word that can stop a toddler from crying like crazy is McDonald’s. Tell him that you will treat him with a McD burger, and he will forget everything that he was crying about. It’s just that simple! Let’s know some interesting facts about McDonald’s, and you will say “I am loving it more”!!! 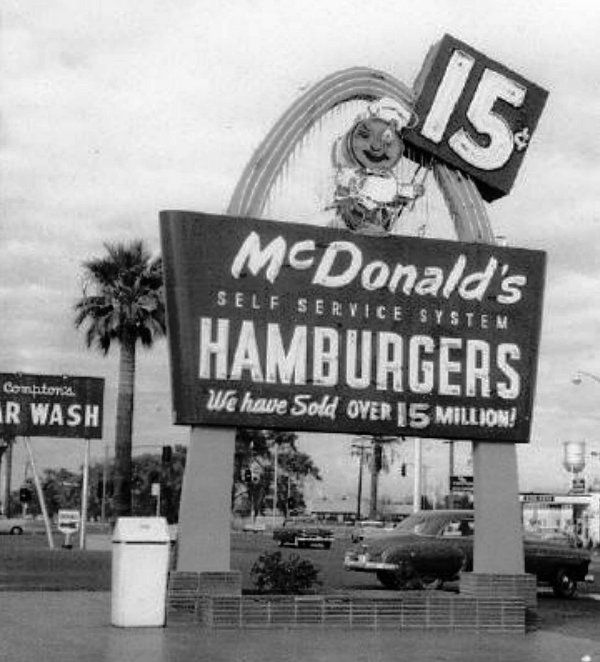 Dick and Mac MacDonald are the persons behind your favorite brand. After failing in the movie business, they proved successful in operating drive-in restaurants. The duo started Speedee Service System in 1948; featuring 15 cent hamburgers.
Source: corporate.mcdonalds.com, Image: Flickr

McD has taken this saying seriously and is providing different menus in different countries to cater to the needs of local people.
Source: news.bbc.co.uk, Image: bloomberg.com 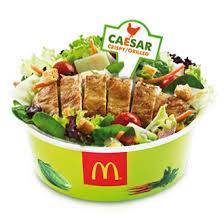 You must hear this one, you fitness freak! Whenever your fitness trainer instructs you to take a salad instead of a burger, ask him to check calorie count in McD. Because McD’s Caesar salad is more fattening than an average hamburger.
Source: cnbc.com, Image: mcdonalds.pt 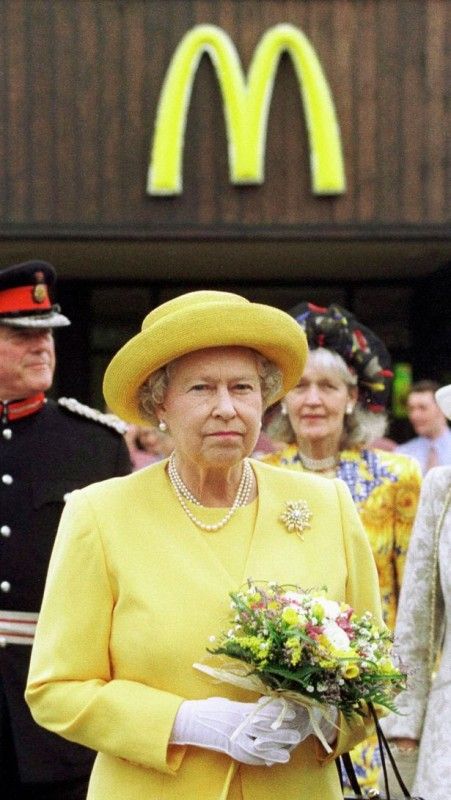 Do you know who a fan of McD in the royal family of London is? It’s not Prince William or Prince Harry folks! It’s the highness herself! She owns a franchise of McDonald’s near the Palace of England. Isn’t that handy??
Source: today.com, Image: cloudfront.net 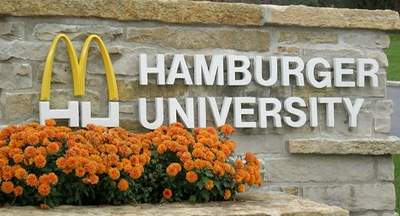 Have you heard about gerontology and anthropology? Sounds boring, don’t they?? Have you heard about hamburgerology? Yes, at McDonald’s Hamburger University, they teach you that. Now that’s the first time education sounded so yummy!!!
Source: huffingtonpost.com, Image: mcdonaldsblog.in

6. McWoodPulp Is Coming Right Away

Do you know that you are have been taking wood pulp for several years? Yes! McD and some other fast food companies have listed ‘Powdered cellulose’ as an ingredient in some of their recipes, and it’s nothing but wood pulp in the real sense. Now that’s an appetite killer.
Source: ibtimes.com 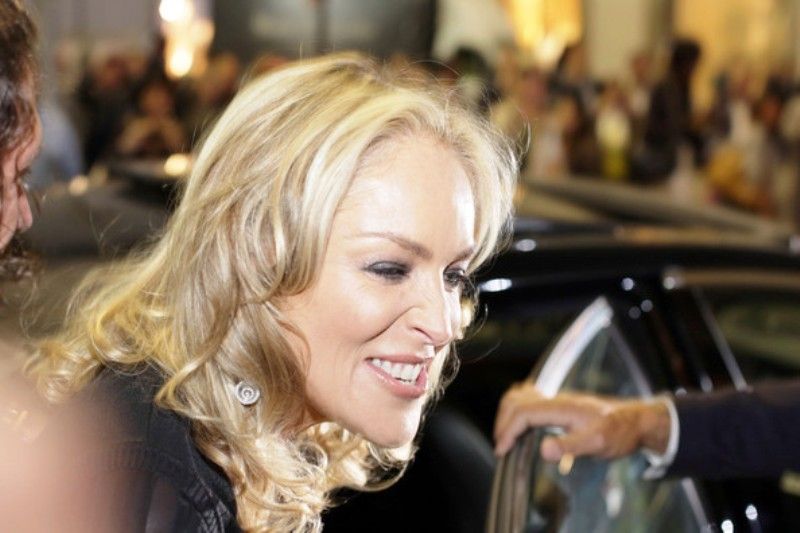 Sharon Stone worked at McDonald’s before she was famous. So did Jay Leno, Shania Twain, Rachel McAdams, and Pink
Source: businessinsider.com, Image: Flickr

McD has a word in the dictionary. No guys, it’s not about its world-famous Big Mac, but it’s about their employees. The word is McJob, and it describes the word as something which requires no skill and doesn’t show many opportunities in the future.
Source: thetimes.co.uk

9. Hamburgers Are Not The First Ones

If in a quiz they ask you what would have been the first item McD had sold. What would your answer be? Definitely not hot dogs, right? But that’s where the twist comes. The first item McDonald’s sold were hot dogs and not those yummy, heavy, mouthwatering Big Macs.
Source: sunnyyq.wordpress.com

10. French Fries Are Not Easy

Ok, another quiz. How many ingredients do they use in preparing French Fries in McDonald’s? 4? Nope. 5? Absolutely not. It’s undoubtedly 17. Yes, they use SEVENTEEN ingredients to make freaking fries!!!
Source: mcdonalds.com, GIF: Tumblr 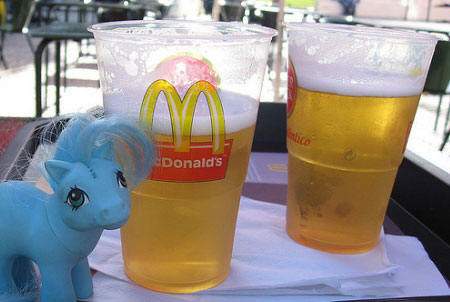 Have you ever been to Germany? If you’re a beer freak, it could be a paradise for you as McD sells beer too at their outlets in Germany.
Source: nbcnews.com, Image: blackhairmedia.com

The daily customer traffic (almost 62 million) of McDonald’s’ is more than the population of Great Britain
Source: businessinsider.com

13. Children Are Always Ready For McDonald’s 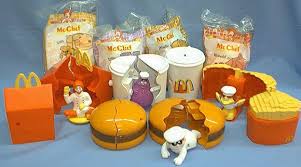 Once you start distributing happiness, it never ends. McDonald’s just doesn’t share happiness in the form of awesome food items but also by distributing toys. Yes. McD is the largest toy distributor in the whole world. (Of course, now it gives two reasons for children to ask their parents to take them to McD!)
Source: dailynewdig.com, Image: thorndon.co.nz

The year 1940 is that lucky year, which witnessed the opening of the first McDonald’s Bar-B-Q restaurant on Fourteenth and E streets in San Bernardino, California.
Source: corporate.mcdonalds.com

15. Food Is Yummier Than Devotion!

McD’s golden arches are more famous than the symbol of the cross across the world. Oh god!!! Forgive us for our sins.
Source: buzzfeed.com. Image: giphy.com

McD is the most loved restaurant by the children. Be it the mouth-watering items or the freebie toys; nobody can beat the king of fast food.
Source: huffingtonpost.com, GIF: giphy.com

Children just take what they want, don’t they? It is reported that most children threw away the food and just kept the free toys with them.
Source: huffingtonpost.com, GIF: giphy.com

The best selling item of McD is French fries. Okay. Now I get they take as much pain as using 17 ingredients in cooking French fries!!
Source: rd.com, GIF: giphy.com

There is neither chicken nor rib in the ingredient list of McRibs. They use the pork shoulder meat.
Source: rd.com

McD used to sell pizzas in the ’70s. They stopped the production of the pizza making as it takes more time than making any other item on the menu.
Source: wisance.com

22. Modernized By A Franchise Agent 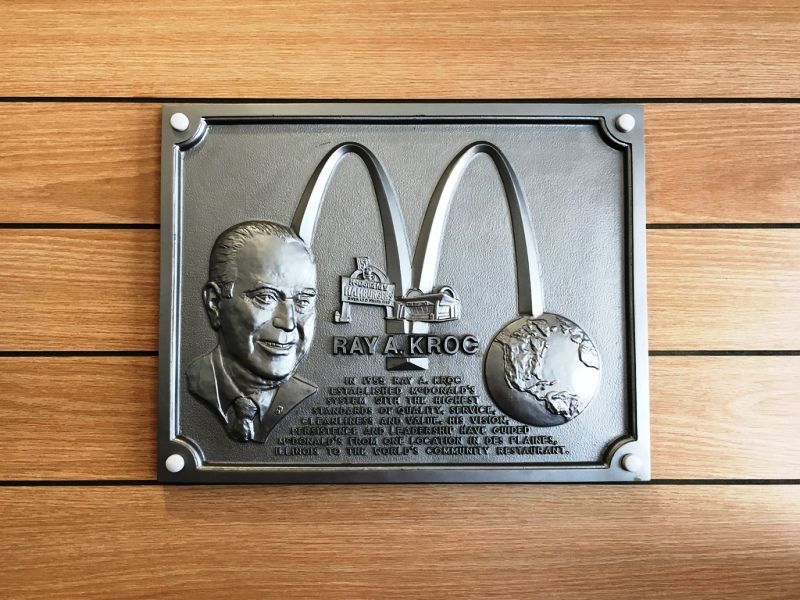 Ray Kroc, a native Chicagoan who left high school to join the World War One Red Cross Ambulance Corps, made changes to the McDonald Brothers’ business to modernize it. Mr. Ray Kroc visited the McDonald Brothers in 1954 and became their franchise agent. It was Ray Kroc who made the brand McDonald to grow and expand into the international market.
Source: corporate.mcdonalds.com, Image: Flickr

23. The Red & White With Golden Arches 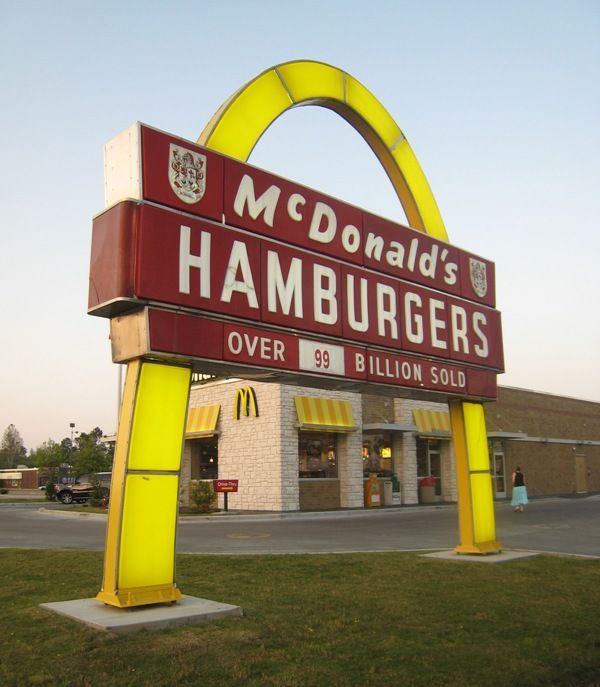 No doubt that McDonald’s have the attention-catching buildings; designed by Architect Stanley Meson, the combination of Red & White with Golden Arches, has become the iconic features of McDonald’s.
Source: corporate.mcdonalds.com, Image: Wikimedia

24. A Burger That Changed The Food Culture Of America

Developed by Owner/Operator Jim Delligatti of Pittsburgh in 1968, the Big Mac is supposed to help breed America’s super-size culture. The triple-decker burger is more than heaven in the mouth for some fast-food junkies.
Source: abcnews.go.com, GIF: buzzfeed.com

The present and the most famous ad campaign of McDonald’s, “i’m lovin’ it,” was first launched in Munich, Germany on September 2, 2003.
Source: aol.com, GIF: gfycat.com

Shukla Sundeep - October 9, 2015
0
Hooked, cooked, or as pets, fish have always been an integral part of human life. One of the unique creatures, fishes, comprise one of...