The nearest neighbor of Sun, Mercury has some peculiar characteristics that make it quite different from other planets in the Solar System. Let’s find out some interesting facts about Mercury and its unique features: 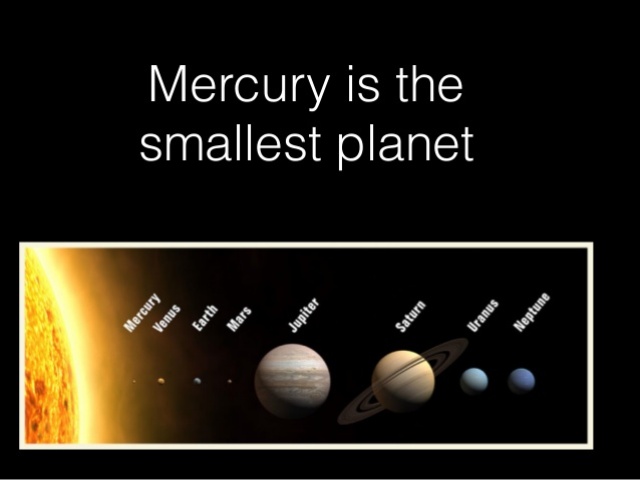 Unlike some other planets, Mercury had been long known to our ancestors. The earliest known record of Mercury is by the Sumerians from 3000 BC.
Source: theplanets.org

On Earth, 1 year comprises of 365 days but on Mercury, 1 year is just 88 days long. Also, on Mercury, one solar day is equal to 176 days on Earth.
Source: space-facts.com, Image: wikimedia.org

4. The Messenger of God!

Mercury revolves around the Sun much more quickly than any other planet. Hence, it was named after the messenger of Roman Gods, Hermes, who was also known as Mercury.
Source: planetsforkids.org, Image: wikimedia.org

People of early civilizations believed that there were two different planets instead of the one planet Mercury. It’s because they could see Mercury twice a day, once in the morning and then again in the evening. What they didn’t know was that it was the same planet, which they saw twice. The reason why we can see Mercury twice is that it orbits very quickly around the sun.
Source: theplanets.org

After the Earth, Mercury has the densest core among all other planets in our Solar System. Its core is completely molten and consists of molten iron. The iron content in the core of Mercury is much more than any other planet in the Solar System.
Source: space.com, Image: wikimedia.org 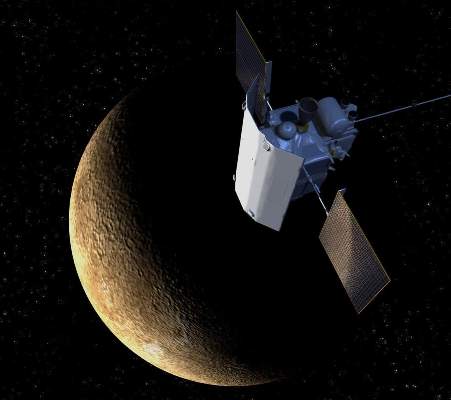 Mercury’s magnetic field is just 1 percent of that of Earth. But in 2004 when MESSENGER was sent to Mercury it sent back some astonishing facts, which suggest that once, millions and millions of years ago, Mercury’s Magnetic field might have been as strong as the magnetic field of Earth.
Source: space.com, Image: wikimedia.org 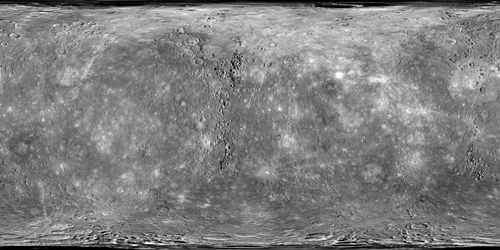 Just like the human, Mercury too has wrinkles. It’s because earlier the iron core of Mercury was very hot and gradually when Mercury started to cool down, its core contracted which resulted in the forms of wrinkles on its surface. These wrinkles are called Lobate Scarps, and they can be about a mile high and hundreds of miles in length.
Source: space-facts.com, Image: wikimedia.org

10. We can see Mercury only once in every 7 years!

We can see Mercury only when it crosses the face of the Sun. This phenomenon is called transit, and it happens only once in every 7 years.
Source: universetoday.com 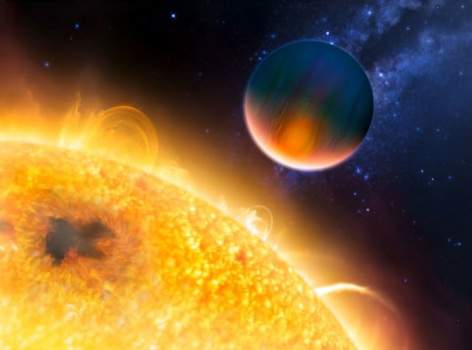 Mercury is so close to the Sun it will make anyone think that it has a very high temperature. But actually, the temperature of Mercury varies greatly during the night and the day. During the day, its temperature may reach up to 427 degree Celsius while at night, it can drop down to minus 173 degree Celsius.
Source: coolcosmos.ipac.calteh.edu, Image: viralivia.com

Mercury has a tail! It has recently been discovered that Mercury moves with a long comet-like a tail behind it. This tail is made up of sodium atoms, which are pushed off by the intense pressure of the Sun’s radiation. Sometimes it looks as if Mercury is wearing a long flapping cape!
Source: space.com, Image: nasa.gov 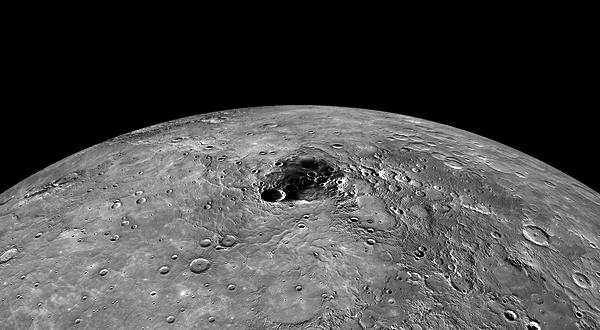 Mercury is the closest planet to the Sun, which makes it impossible to have ice on its surface. But scientists have found ice on Mercury. The ice had been found in the numerous craters on Mercury where they never receive any sunlight. Also, traces of Organics, which are building a block of life, have been found on Mercury’s surface.
Source: universetoday.com, Image: wikimedia.org

14. No Hubble Telescope For Mercury!

The Hubble Space Telescope, which is used to view astral objects far and away, cannot be used to view Mercury! The reason is the proximity of Mercury to the Sun. If Mercury is viewed using the Hubble Telescope, then the brightness of Sun can harm the telescope’s electrical components.
Source: planetfacts.org, Image: wikimedia.org

15. Too Many Craters On Mercury!

Earlier, astronomers believed that the surface of Mercury is smooth. But in November 1973, when Mariner 10 spacecraft flew by Mercury and took pictures of its surface, it revealed numerous craters. There are so many craters on Mercury that it had gained the position of being the most cratered planet in our Solar System.
Source: bobthealien.co.uk, Image: wikimedia.org

Krishna - December 14, 2018
0
Incorporated in 1850 and located in San Joaquin County, Stockton is a dramatic city which is situated in the northern part of California. Ever...