The most noticeable feature in the night sky, the Moon, is our nearest celestial neighbor. It is also the only natural satellite of the Earth. The Moon is also the most favorite celestial object of poets around the world, who often cite the features of the Moon to romanticize their couplets. Besides being the closest neighbor of the Earth, the Moon has many other aspects worth knowing. Here are some interesting facts about the Moon:

1. A Collision led to its formation!

After the successful landing of Apollo on the Moon’s surface, the astronauts brought some rocks of the Moon back to the Earth. The study of these rocks led to the formation of the theory of the Moon’s creation known as the Big Whack or the Giant Impact. According to the theory, the Moon was created by a violent collision between the Earth and an object, which was of the size of the Mars. This collision created debris, which started circling the Earth. As time passed, debris cooled down and came together and stuck to form the Moon.
Source: universetoday.com, image: wikimedia.org 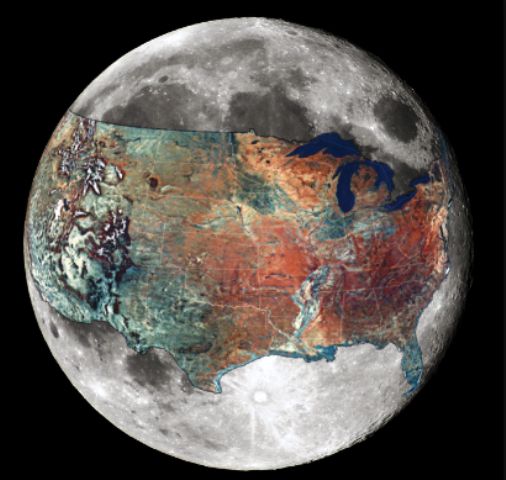 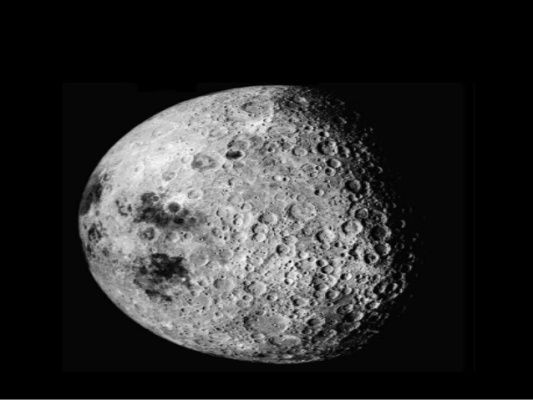 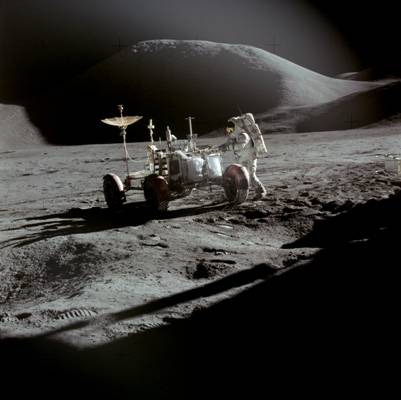 Just like the Earth, our moon also has mountains. The tallest mountain on the Moon is Mons Huygens, and it is about 4700 meters tall, which is only half the height of the highest peak on the Earth, the Mount Everest.
Source: sciencekids.co.nz, image: wikimedia.org 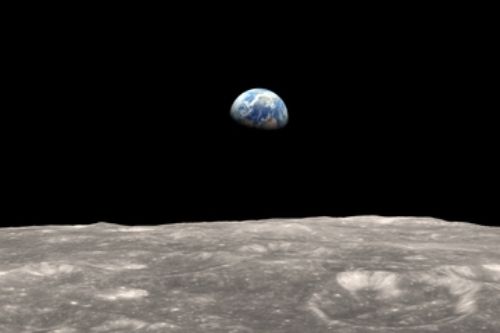 7. Who says, the Moon has no atmosphere? 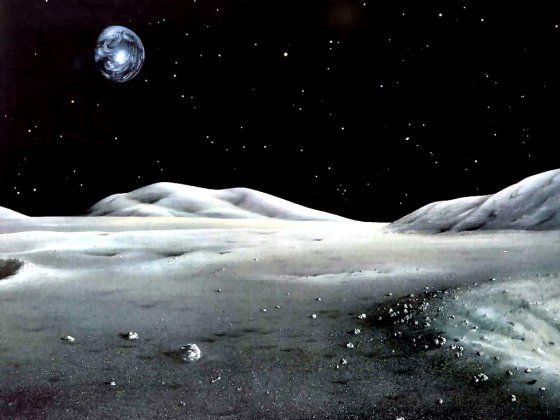 For a very long time, it was thought that there is no atmosphere on the Moon. But recent studies have shown that there is an atmosphere enveloping the Moon. The Moon’s atmosphere is known as exosphere and is made up of Noble gases like Helium, Neon, and Argon.
Source: universetoday.com, image: davidreneke.com 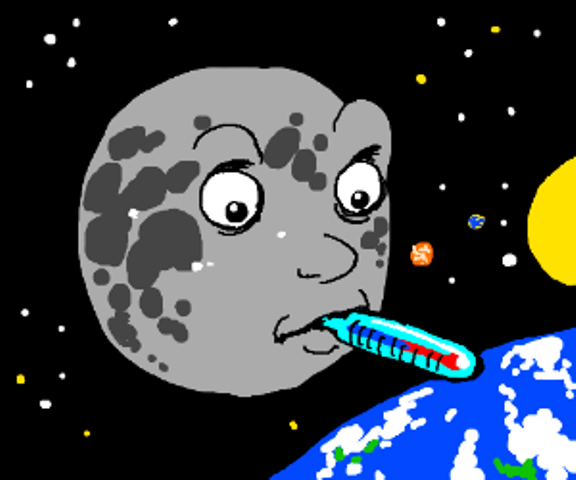 9. Lose weight on the Moon!

Guess what; now you can lose weight without dieting and without any pills! How? Well just visit the Moon and weigh yourself. Your weight would be reduced by one sixth of the weight measured while you were on the Earth. It happens as the mass of the Moon is quite less as compared to the Earth, and hence its gravity is weaker than that of the Earth.
Source: space-facts.com

11. A view of the Earth from the Moon 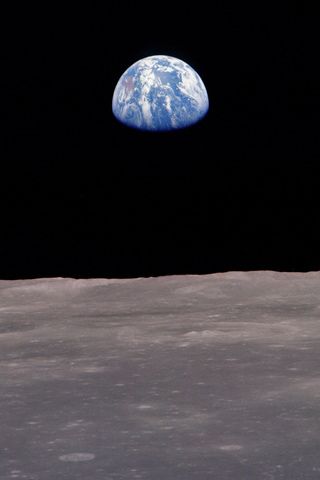 When we look at the Moon from the Earth, we see many phases of the Moon such as a Full Moon, First Quarter Moon, New Moon, etc. The reverse happens when the Earth is seen from the Moon!
Source: space.com, image: Flickr

No, it’s not heartbreak, but it’s true. Every year our Moon is slowly and constantly drifting away from the Earth. About 620 million years ago the Moon was so close to the Earth that there used to be only 21 hours in a day and now it is 24 hours. It is also estimated that 50 billion years from now our Moon will be so far away that each day would be 45 hours long.
Source: universetoday.com

13. Nuclear experiment on the moon

During the cold war in 1950’s, USA was working on a secret project called “Project A119” in which they were planning to have a nuclear explosion on the Moon. At that time USA was lagging behind in the space race with the Soviet Union and this project aimed to show off the strength of the USA. Thankfully, this project was never practically implemented.
Source: space-facts.com 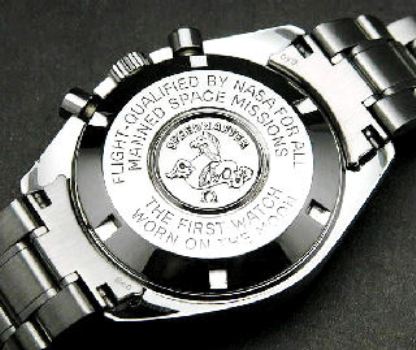 There is a separate time zone for the Moon, which is quite different than the time zone that we follow on the Earth. The watch which shows time zone of the Moon was designed by Kenneth L. Franklin. He developed a system called Lunar Time. The time in this watch is measured in lunations, which is the period taken by the Moon to rotate and complete a revolution around the Earth. One lunation is equal to 19.530589 Earth Days.
Source: space.com, image: wikimedia.org 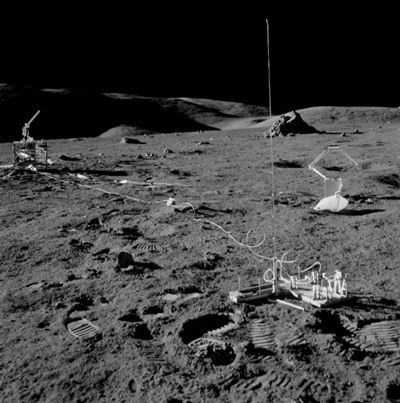 Just like earthquakes, there are moonquakes on the Moon. According to scientists, these quakes originated below the surface of the Moon caused by the gravitational pull of the Earth.
Source: spinfold.com, image: wikimedia.org

16. Moon for the Americans! 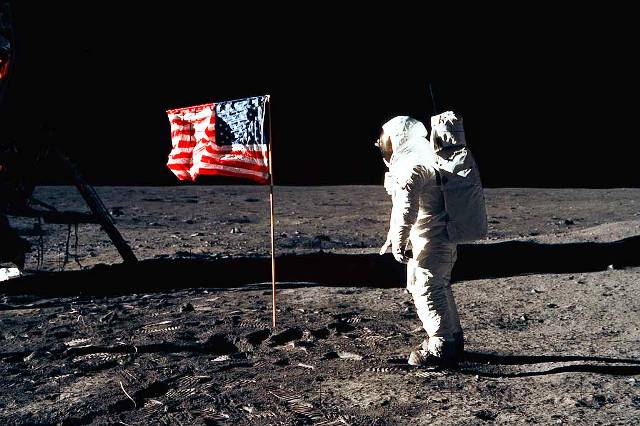 So far, 12 people have set their foot on the Moon including Neil Armstrong, and interestingly, all are American Males.
Source: spinfold.com, Image: espacio.fundaciontelefonica.com