‘Interesting’ is one word that rightly describes Mount Everest. Its natural beauty stands unrivaled and is an eye-popping, jaw-dropping experience. Incredibly, all 14 of the world’s peaks measuring over 8000 meters can be found in this area, providing the most extreme climbing/mountaineering challenges in the world. Besides being the highest mountain in the world, Mount Everest has some more stuff worth knowing. Here are some interesting facts about Mount Everest: 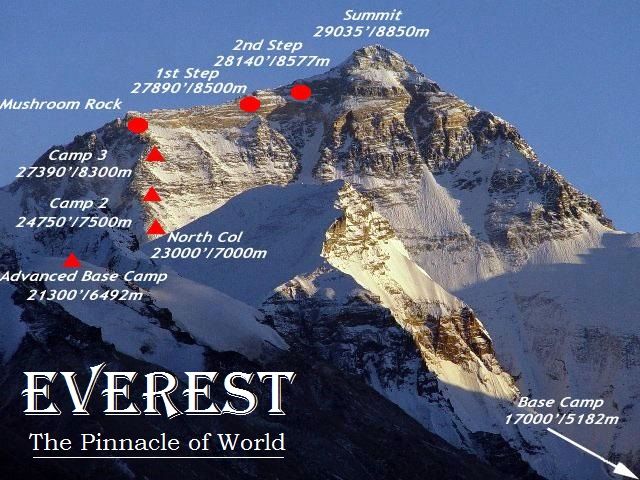 1. When Everest was anonymous! 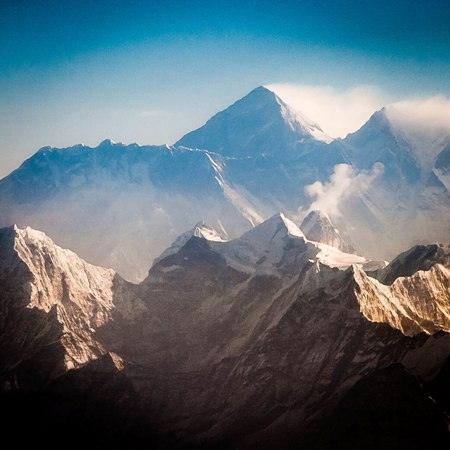 Before 1856 Everest was known only locally by the surrounding countries. In 1856, the Great Trigonometric Survey of India surveyed and then measured the height of Mount Everest. It was then established as the highest mountain due to which it gained its popularity.
Source: chinahighlights.com, image: wikimedia.org

One of the many interesting facts about Mount Everest is that even though it is 60 million years old; yet it is quite young as compared to other mountains.
Source: chinahighlights.com 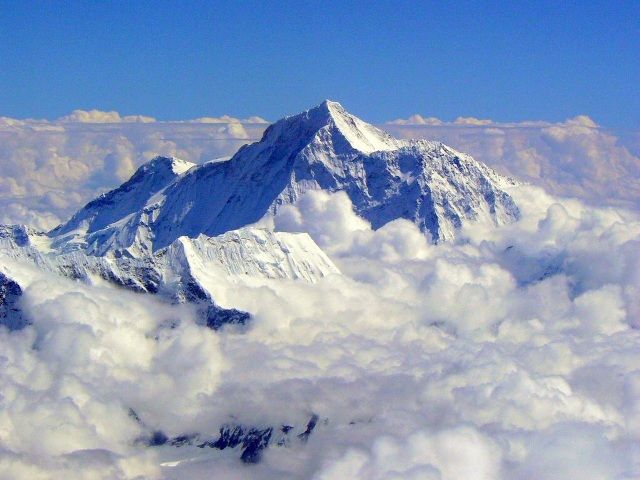 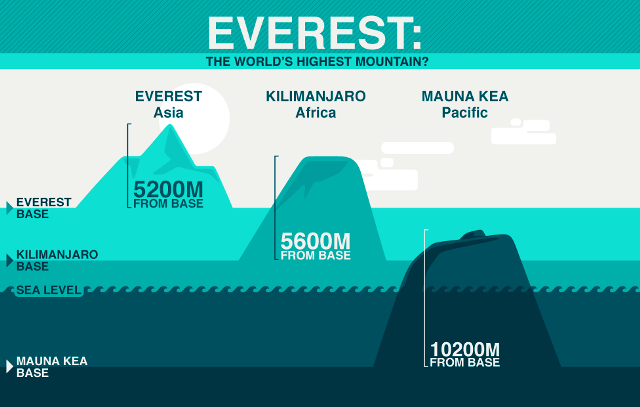 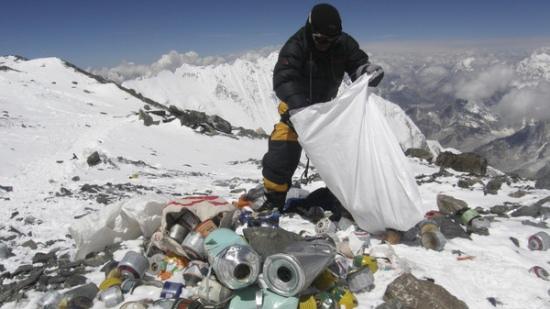 Every year many climbers climb Mount Everest. During the climbing, they leave behind many junks and wastes like climbing equipment’s, broken ropes, oxygen bottle and even human feces. Also, those climbers who die on the way to the mountain; their bodies are left behind, and Everest is now actually littered with corpses of many climbers. It is estimated that Everest is completely littered with about 50 tons of waste. Tallest or not; Everest certainly is the filthiest mountain.
Source: listverse.com, image: flickr

7. First to conquer the mightiest!

On May 29, 1953, history was created by Edmund Hilary and Tenzing Norgay when the duo successfully scaled the highest and dreaded mountain peak of the world.
Source: teacher.scholastic.com, image: wikimedia.org

The year when no one attempted to climb Mount Everest is the year 1974; making it a maiden year for Mount Everest.
Source: telegraph.co.uk

9. The first flight over Everest! 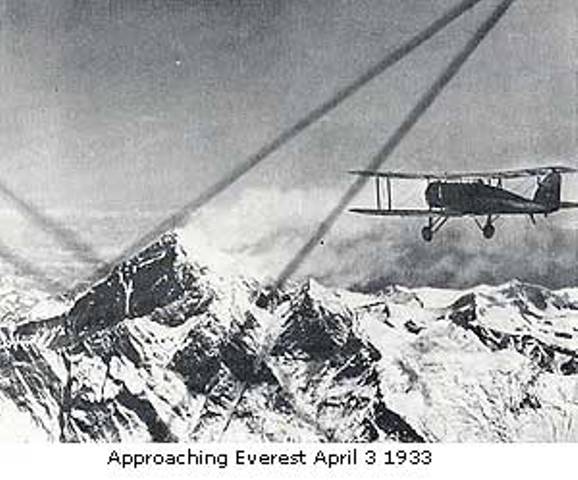 10. The Youngest on Mount Everest!

At the age when kids are busy fighting over chocolates and making excuses for no homework, this brave boy- Jordon Romero created history! In May 2010, Jordon Romero got worldwide attention by becoming the youngest person to scale Mount Everest at the age of just 13 years.
Source: telegraph.co.uk, image: hmhinthenews.com

Most people start thinking about retiring at the age of 60 – 65. But this was not the case for Yuichiro Miura. He became the oldest person to scale Mount Everest at the ripe age of 80. After all where there is will there is a way.
Source: telegraph.co.uk, image: cdn.coresites.factorymedia.com

Can you guess what the speed of wind is over Mount Everest? It is a fierce 200 mph. Imagine standing on the top of Mount Everest in a cold chilly 200 mph wind. Phew!
Source: list25.com

13. A graveyard of climbers! 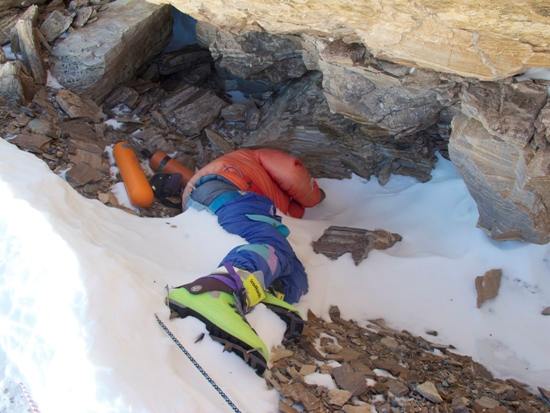 Dead Bodies, pointing out your way… seems like a scene from a horror movie. Isn’t it? But there are more than 200 corpses of climbers on Mount Everest which are used by other climbers as a waypoint to decide whether they are on the right path or not.
Source: list25.com, image: wikimedia.org 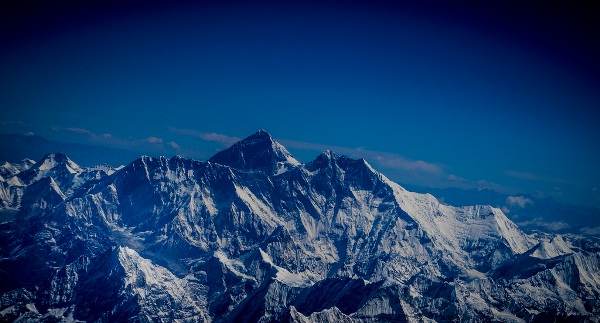 O Yeah, the Freezing Point is the highest temperature of Mount Everest. The temperature never goes above freezing point on Everest! During summer the average temperature is – 19 degrees C, and in winter it is – 36 degrees C.
Source: nzherald.co.nz, image: flickr

The first tweet sent from the top of Mount Everest was in 2011 by Kent Cool. His tweet: “Everest summit no 9! 1st tweet from the top of the world thanks to a weak 3G signal” That’s indeed a cool tweet from Mr. Cool himself.
Source: nzherald.co.nz, image: nepallica.com

When the legendary English mountaineer George Mallory was asked why so many people climb Mount Everest. He stated as a matter of fact, “Because it’s there.”
Source: theinertia.com, image: wikimedia.org

You are literally out of breath when you climb Mount Everest. This is because the atmospheric pressure at the top is very high. So, you can only breathe one – third of the total oxygen that you inhale at average elevations.
Source: theinertia.com

If you are fretting over getting fat and no diet is working, then you should give Everest climbing a serious thinking. People who climb Everest burn 20,000 calories on the day when they summit climb. On an average, they burn 10,000 calories per day for the rest of the climb.
Source: independent.co.uk

The only person who has successfully climbed Mount Everest from all four sides is Kushang Sherpa. He is currently associated with Himalayan Mountaineering where he is an instructor.
Source: independent.co.uk, image: everest1953.co.uk

The summit of Mount Everest is just below the cruising height of a Jet.
source: snowbrains.com