Myanmar or Burma a country where glorious and antique Buddhist temples lie. A country with several tourist attractions like lush mountain forest, life-giving rivers, and intricately drawn cities. Being the rich in Archaeological evidence, Myanmar is the perfect place to get inside the Pre-history from Homo erectus living in today’s modern Myanmar. If you are the history lover, don’t miss these interesting facts about this Land Of Golden Pagoda, Myanmar: 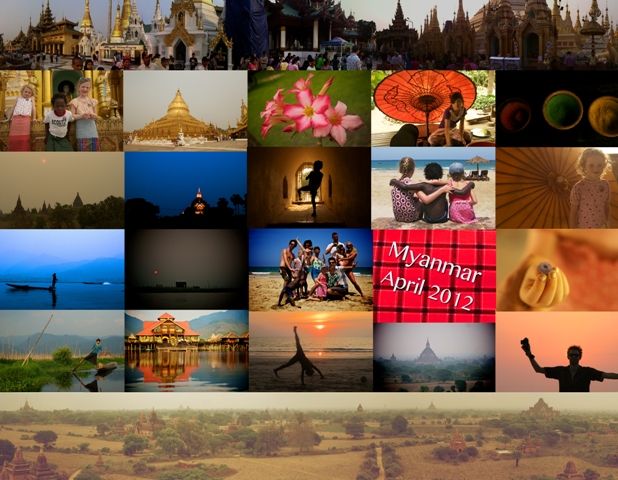 The traditional dress in Myanmar is Longyi, a wraparound dress which is worn by both men and women in the country. Women fold the cloth over and secure at the side while men tie it in the front.
source: travelingwiththejones.com, image: static1.squarespace.com, image: s-media-cache-ak0.pinimg.com

In Myanmar, you see a lot of people with yellow thanaka powder on their faces. It’s a face cosmetic paste made from grinding water with the bark of a particular tree from central Myanmar. If you are applying a make-up like this, you are more beautiful.
source: nomadicboys.com, image: haleysnatural.com

3. Alike as The USA And Liberia, How?

The country has not adopted the metric system and thus among one of the three countries of the world without adopting the metric system, the other two are United state and Liberia.
source: factmontster.com

4. Rich In Flora and Fauna

There are over 100 species of birds in the country which makes a paradise for birds. The country also has over 300 reptile species, 300 species of mammal and almost around 7000 verities or plants.
source: geckosadventures.com

5. Have You Ever Played Chinlone?

Chinlone is a traditional sport of Myanmar. It is a sport where there is no opposition team and it’s a combination of both sports and dance. In this game the focus in not on winning or losing but how beautifully one plays the game. In this game, you can use any part of a body to loft the ball except your hands.
source: quora.com, image: globalnewlightofmyanmar.com

6. How Superstitious Are Burmese?

In Myanmar, no one cuts their hair on Monday, Friday and on their birthday. In the whole country, there is a lot of superstitious regarding the cutting of hair. This will cut a lot of business days for a barber.
source: 10-facts-about.com

Shwedagon Pagoda 99-metre-tall and is the most sacred Buddhist pagoda in Myanmar, as it is believed to contain relics of the four previous Buddhas of the present Kalpa. It is believed that Mon people built Pagoda between the 6th and 10th centuries CE. However, as per legend, the Shwedagon Pagoda was constructed more than 2,600 years ago, which would make it the oldest Buddhist stupa in the world.
source: Wikipedia, image: theshwedagonpagoda.com

In Myanmar chewing betel turns out to be the favorite habit and almost all does that. You can easily find betel shops at every street corner. Don’t be surprised if you see red teeth of most of the locals.
source: exoticvoyages.com

9. Say No To Banana And Chili

12. The Largest Book In The World

Myanmar holds the title of housing the world’s largest book. The book contains over 700 large marble slabs. Located in Kuthodaw Pagoda in Mandalay, a Buddhist stupa contains this piece of literature.
source: myanmar.travel

13. The only Person To Receive Nobel Prize

Aung San Suu Kyi is the only person of Myanmar to receive Nobel Prize for Peace. She was awarded Nobel Prize in 1991. Now she is the State Counsellor of Myanmar.
source: Wikipedia, image: burmatimes.net

Shukla Sundeep - November 18, 2015
0
Nicki Minaj is one of the most popular Rap artists whose journey is truly like a roller coaster ride. This American singer, songwriter, rapper,...